This factor is a giveaway

Turnover total should tell you who is winning 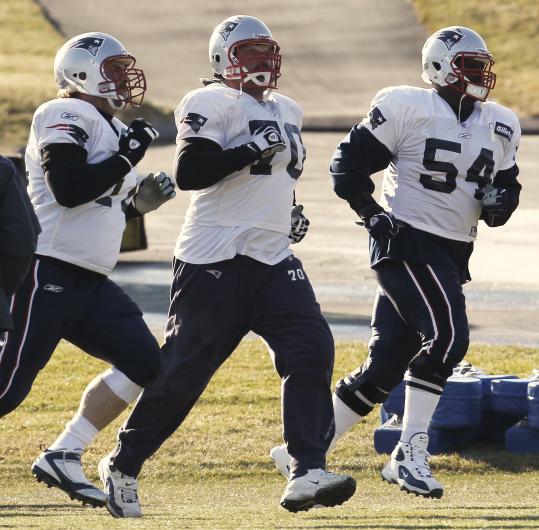 FOXBOROUGH - If there’s one key to winning in the postseason, it’s taking care of the ball. That has been a strength for this year’s Patriots, who forced 34 turnovers and committed just 17.

The Patriots’ plus-17 turnover differential was the best in the AFC by a large margin (the Texans were second at plus-7), and trailed only the 49ers (plus-28) and Packers (plus-24), two other teams still playing.

Tomorrow night’s guests at Gillette Stadium, the Broncos, were minus-12, turning the ball over 30 times with just 18 takeaways.

Turnovers tilted the Patriots-Broncos game Dec. 18. There were three - all fumbles by the Broncos, and all recovered by the Patriots. And all three led to points for New England (a touchdown and two field goals).

What had been a 16-7 Broncos lead early in the second quarter turned into a 27-16 Patriots advantage by halftime.

“Turnovers: When you get them, and when you give them up,’’ defensive lineman Vince Wilfork said. “It’s a different offense when they don’t make mistakes.’’

It has been difficult to tune out the attention centered on Broncos quarterback Tim Tebow, who led Denver to a number of late comebacks during the regular season and beat the Steelers last Sunday with an 80-yard touchdown pass to Demaryius Thomas on the first play of overtime.

Defensive lineman Kyle Love was asked if it provides extra incentive to shut down Tebow, and he gave a rather surprising answer, considering he plays for the Patriots.

“I can’t speak for everybody, I can just speak for myself, but I can say it does for me,’’ Love said, “because it gets to a point where you get tired of hearing it. It makes me want to play harder.’’

If Love is sick of Tebowmania, how does he escape it?

“You just really got to keep the TV off,’’ he said.

Civic pride on the line

The North End’s Paul Revere statue sporting a Tebow jersey? It’ll happen if the Patriots lose to the Broncos, as the details of a friendly wager between Boston’s mayor, Thomas Menino, and his Denver counterpart, Michael Hancock, were made public.

Should the Patriots triumph, Hancock will wear a Tom Brady jersey for a day and treat Menino to a Colorado steak dinner. If the Broncos win, Menino will allow the Revere statue to be outfitted with a Tebow jersey for a day and will include a lobster dinner for Hancock.

A new shade of red was visible throughout the Patriots’ locker room yesterday, as was an attempt at facial hair above Wes Welker’s upper lip. It is, after all, the playoffs.

“That is The Mustache,’’ Welker said, adding that he’d like to come up with a proper name for it.

He did come up with T-shirts that he handed out to a number of teammates. They read, “Catching Passes & Growing Staches!’’

The red T-shirts will be sold online and will benefit Welker’s foundation, which helps at-risk youth in his hometown of Oklahoma City.

Logan Mankins has practiced this week, but is obviously still feeling the effects of the MCL sprain he suffered against the Dolphins Dec. 24.

“Still day-to-day, but we’ll see,’’ Mankins said after practice, walking to and from the podium with a limp. “Just taking it one day at a time.’’

Mankins started the first 14 games at left tackle and got the start at left guard in the game in which he was injured. His return would bring stability to an offensive line that has dealt with injuries to a number of players, but even Mankins isn’t sure he’ll be able to go tomorrow.

“Not yet,’’ he said, in response to a question if he’s been able to test the knee this week in practice. “I’ve been limited all week. I’m not going to get into too much. We’re working on it, and we’re not sure what’s going to happen.’’

There were a few tweaks to the practice report, with one new injury listed, three players upgraded, and everyone on the field.

Offensive lineman Marcus Cannon was added with an ankle injury, and he participated in a limited capacity. He was one of 12 Patriots under limited participation; there were 15 Wednesday, not including Love, who missed with a non-injury reason.

Upgraded, so to speak, because they were able to participate fully one day after being limited were receiver Julian Edelman (back), offensive lineman Matt Light (ankle), and defensive back Devin McCourty (shoulder).