Tebow’s late magic will be a challenge 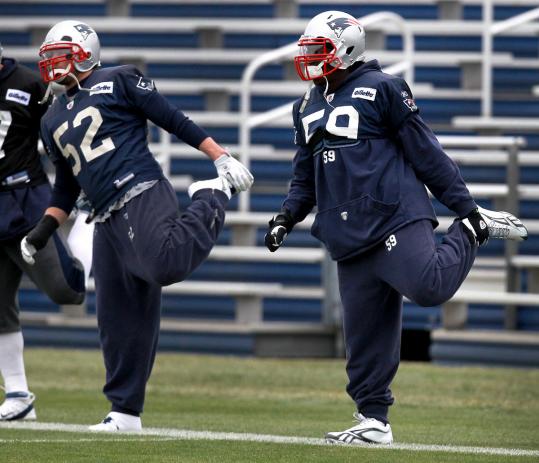 FOXBOROUGH - With conventional - yet unheralded - quarterbacks such as Chad Henne, Jason Campbell, and Dan Orlovsky torching the Patriots this season, maybe the defense will fare better against someone with a more unconventional style.

If so, they’re facing the right guy this week.

In the opinion of many, including former players who are now television analysts, Tim Tebow lacks the mechanics and skills to become even an above-average quarterback in the NFL. But Tebow has turned into the league’s breakout star over the past month, leading Denver to six straight wins, and vaulting the Broncos into first place in the AFC West.

What the second-year player who led Florida to two national championships has done is draw national attention. How he’s done it, though, is dominating the discussion. The Broncos have trailed in the fourth quarter in each of the past four games, with Tebow, in some cases for the game’s first 58 minutes, looking like the pedestrian, flawed quarterback many think he is. But he’s orchestrated scoring drives all four times that ultimately produced victories - two in overtime - exhibiting the traits reserved for only the best players at his position.

When the Patriots visit Sunday for a 4:15 p.m. game at Sports Authority Field, they’ll be given a challenge few other teams have met: Find a way, for 60 minutes, to keep Tebow from working his magic.

“Obviously he’s a great quarterback and his team follows him, just like we follow Tom [Brady],’’ said linebacker Rob Ninkovich. “We just have to go out there and play him like we play every other quarterback.’’

That hasn’t worked all that well this season, since the Patriots’ defense is last in the league against the pass, and has given up massive chunks of yardage to the likes of Henne (416 yards), Vince Young (400), and Orlovsky (353), not exactly the most feared names under center. The opposing quarterback has thrown for at least 300 yards in nine of the Patriots’ 13 games.

Tebow, however, hasn’t thrown for 300 yards in any game this season; his best is 236, last week against the Bears. That’s not how he hurts teams, though. His size (6 feet 3 inches, 236 pounds), and his willingness and ability to run the football, gives him the look and feel of a bruising fullback. Mix in an arm that is adequate and mistake-free decision-making (two interceptions this season against 11 touchdowns), and Tebow brings a unique dimension defenses typically don’t have to prepare for.

“I don’t know if there’s another quarterback in the league that has Tim Tebow’s skills,’’ Patriots coach Bill Belichick said. “He can run, he can throw, he’s got good poise, doesn’t turn the ball over, makes good decisions. We’ll have to play disciplined against an offense we’re really not familiar with.’’

“Discipline’’ has been a popular word from defensive players this week.

“Everybody just needs to do their job and be disciplined. If we do, it’s going to work,’’ said linebacker Tracy White. “Every offense is different. Our coaches are the smartest coaches I’ve ever been around, so we’ve got a package for everything.’’

One thing Tebow hasn’t been is accurate. He’s completing just 48.5 percent of his passes, although he’s 40 for 73 over the past three games. If the Patriots can keep Tebow in the pocket and force him to throw, even with a suspect secondary, it should be effective. Press coverage might also work, since it might reduce his throwing lanes and windows. When he runs the ball, don’t be surprised if the Patriots use a “spy’’ to shadow him in an attempt to limit big plays on the ground.

Keeping him in the pocket won’t be easy, though. Tebow, while not a run-first quarterback, doesn’t need much coaxing to tuck it and go. He’s already rushed for 517 yards this season - the Patriots’ leading rusher, BenJarvus Green-Ellis, has 618 - and scored three touchdowns. More impressively, Tebow’s averaging 5.5 yards per carry.

When Tebow has decided to throw, the results have been mixed. He’s played in 11 games this season, and made eight starts. Through the first three quarters of the games in which he’s appeared, he’s completing less than 40 percent of his passes (47 for 118) for 558 yards and five touchdowns. In the fourth quarter and overtime, a totally different story: 49 for 80, 732 yards, and six touchdowns. His fourth-quarter passer rating of 111.0 trails only Eli Manning (117.0) and Aaron Rodgers (112.6). Brady is seventh, at 100.5.

Tebow’s mechanics might be debatable - he has a slow release, brings his left arm down before he throws it, and doesn’t have great footwork - but he’s earned his reputation as a motivator and a winner.

“He’s a leader, and I’m sure he still is. He keeps plays alive, and he’s winning,’’ said Patriots tight end Aaron Hernandez, who caught many of Tebow’s passes at Florida. “He brought a lot of energy to the game, and when someone has energy most people take from it and have more energy. We’ve just got to keep preparing for him being able to run the ball and pass the ball.’’

If all else fails, perhaps the defense has already received an assist from Sports Illustrated, whose cover jinx is legendary. Splashed across the front of this week’s magazine is a photo of Tebow - his eighth time on the cover - throwing a pass in last Sunday’s victory against the Bears. The headline reads: “Tebow! Amazing, Incredible, Phenomenal, Mind-Blowing, Incomprehensible, Unbelievable . . . ’’