Course with no takers 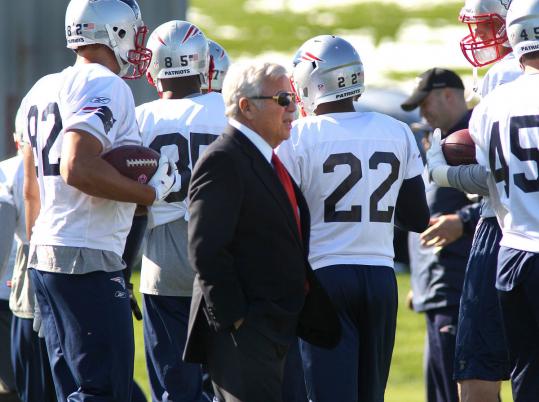 FOXBOROUGH - The heavy turnover on the Patriots’ defense in the last year could be an excuse for the unit’s struggles. But end Andre Carter isn’t ready to play that card.

The struggles fall on the players, he said, and although communication may be an issue at times, the changes shouldn’t affect execution.

“You always have to be ready no matter how big your role is or how limited your role is,’’ Carter said. “We have talented players on the field and every day we’re harping on communication and who needs to be where. Studying is very important and just doing what you have to do.’’

Last week, cornerback Leigh Bodden was the latest player to exit. From safeties James Sanders and Brandon Meriweather to cornerback Darius Butler, a host of players who contributed on defense in 2010 are no longer with the team.

“You just keep playing,’’ he said. “Guys have been here, guys have been out there practicing. You have to really value those reps when you’re out there on the practice field.’’

McCourty said it shouldn’t matter if the lineup changes week to week.

Wide receiver Wes Welker returned to practice yesterday after missing Wednesday’s workout because of a neck injury. Welker was limited in the full-pads session held on the grass fields behind Gillette Stadium.

The Patriots released safety Ross Ventrone, opening a spot on the 53-man roster. Ventrone has been part of 11 transactions since August. The Patriots re-signed Ventrone Oct. 19, two days after releasing him . . . Bodden worked out with the Chiefs yesterday.