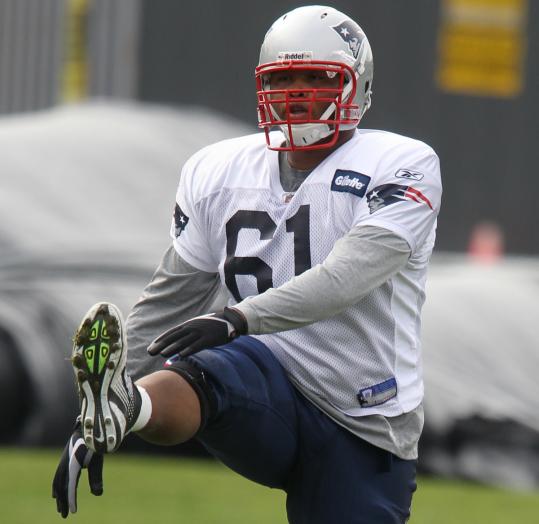 In the photo, which surfaced last week, a shirtless Gronkowski posed with adult film star BiBi Jones, who was wearing his Patriots jersey. The photo, taken during the team’s bye week, quickly made the rounds via Twitter.

Gronkowski, 22, stood before a cluster of media yesterday and said he didn’t intend any harm and acknowledged that he met with the Krafts about the incident.

“I didn’t intend to hurt the reputation of anyone, the New England Patriots or on behalf of Robert Kraft, and that’s all,’’ he said. “It was just a simple picture, that’s all, and from here on out, I’m just here to talk about the Pittsburgh Steelers and the big game this weekend.’’

Gronkowski did not specify whether he met with owner Robert Kraft or team president Jonathan Kraft.

The incident seemed to carry a heavier load than necessary, but Gronkowski acknowledged it could be part of the learning process for a young professional athlete.

“Yes, definitely,’’ he said, “but I mean, like I said, I intended to hurt no one, I love this organization, love being part of here and everything, and definitely not trying to put anyone on the map or anything.’’

Eventually, Gronkowski did get to talk about the Steelers, against whom he caught three touchdown passes in a 39-26 win last season. He became the first Patriots rookie to catch three TD passes in one game, and he did it in front of dozens of family members and friends at Heinz Field.

Gronkowski was born in Pittsburgh and played his senior season at Woodland Hills High School.

“It’s fun going back and playing in front of your friends and family,’’ he said, “and it’s a close game from my family [in Buffalo], too, so some of them will be in town, so it’s going to be cool.’’

No magic formula Tom Brady is 4-1 in the regular season against Pittsburgh and has completed 68 percent of his attempts in those games. Not to mention his 12 touchdown passes and just three interceptions in that same stretch of games.

But Brady doesn’t feel he has anything figured out against the Steelers.

“It’s just execution,’’ he said. “It’s guys getting open and us completing it. There’s no special thing that we do. There’s no magic dust we put in our cereal in the morning or anything like that.

“They’ve played us pretty good a few times, too. We’ve had our moments and they’ve had their moments.

“It’s a good defense; it’s a very good defense. They’re first in the league in pass defense and I know you probably don’t care about that, but they’re pretty damn good, if you ask me.’’

Koppen drops by Center Dan Koppen made a surprise visit to the locker room yesterday and said he is progressing since injuring his ankle in the season opener.

Koppen was placed on injured reserve after suffering the injury blocking on a quarterback sneak against the Dolphins. He had surgery and recently ditched his crutches.

“I’m pretty happy about that,’’ Koppen said. “I just got back into working out and I’m taking it slow. No rush to rush back now. Just get 100 percent and get ready to go next year.’’

Without Koppen in the lineup, Dan Connolly has handled the center duties. After nine seasons with the Patriots, Koppen is in the last year of his contract but isn’t ready to discuss the future just yet.

“I guess we’ll cross that bridge when we come to it,’’ Koppen said. “I’m enjoying where I’m at right now, rooting these guys on, and hoping they have a great season. We’ll deal with that later.’’