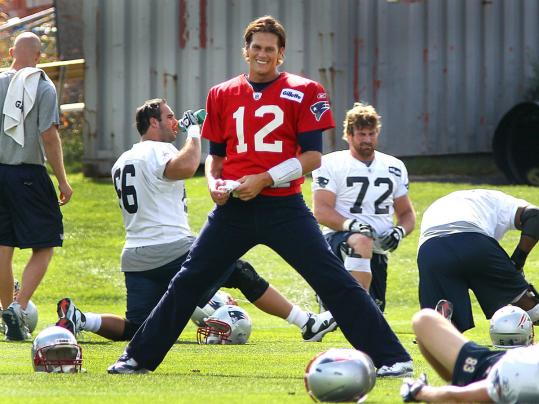 FOXBOROUGH - Patriots safety Patrick Chung underwent surgery on his right thumb this week after suffering an injury against the Chargers, a league source confirmed last night. It is unclear whether he will be available to play in Buffalo on Sunday.

The third-year safety did not practice yesterday.

Chung was hurt in the second half, left the field with trainers, then returned to the game with a cast on his hand. He finished with five tackles.

The Patriots are already lacking experienced depth at safety. Josh Barrett started the first two games alongside Chung in the defensive backfield, the only two games he has played in a Patriots uniform. Second-year safety Sergio Brown has also had some snaps this season, and James Ihedigbo, primarily a special-teamer, has experience at the position.

The Patriots signed second-year defensive back Phillip Adams yesterday. Adams, 5 feet 11 inches, 192 pounds, was a seventh-round draft pick of the 49ers in 2010 and played 15 games last season. He suffered a gruesome ankle injury that ended his season.

The chosen one Tom Brady has picked up where he left off last season - on the field and in the hardware department. He was named the AFC Offensive Player of the Week for his big game against the Chargers, when he completed more than three-quarters of his passes for three touchdowns and no interceptions.

But as he has racked up 940 passing yards - the second highest two-game total in league history - a completion mark well over 70 percent and seven touchdowns with one interception, Brady has emphasized he doesn’t do any of it alone.

“It’s always very flattering to be chosen,’’ he said. “There’re so many great players in the league and really, our offense is 11 guys out there. There’s never one player. It’s not the quarterback, it’s not the receivers, it’s everybody. Everyone’s got to be on the same page doing their job.

“I think we’ve done a decent job the first couple of weeks getting off to a good start, but it’s only going to get tougher from here.’’

In true Brady fashion, he noted that what matters is that the Patriots are 2-0 heading into Sunday’s game.

“There are different ways to win games and I think we’ve had opportunities to be able to throw the ball,’’ he said.

Brady also was named AFC Offensive Player of the Week for Week 1, making him the first player to be so honored in back-to-back weeks to open a season. He now has 19 player of the week awards, second all time to Peyton Manning’s 20.

Hernandez has a sprained medial collateral ligament and is not expected back for a couple of weeks. Vollmer started against the Chargers after missing the opener, and Wright was knocked out of the Dolphins game and hasn’t practiced since.

Of that seven, only Dowling and Mesko were injured in the Chargers game.

Kicking the tires Though Mesko took part in practice, the Patriots brought in free agent punters Jeremy Kapinos and Matt Dodge for workouts, according to ESPNBoston.com.

Dodge was the Giants’ punter last year as a rookie, averaging 44.8 yards on 72 punts. Kapinos, 27, punted for the Steelers and Colts last year; he was the Packers’ full-time punter in 2009, averaging 43.8 yards on 66 attempts.

Bills’ bumps The Bills are dealing with their own injuries, particularly at wide receiver. The team placed Roscoe Parrish (ankle) on injured reserve on Tuesday, and Steve Johnson missed practice yesterday with a groin injury. According to the team website, Johnson insists he will play Sunday. Starting cornerback Terrence McGee suffered a hamstring injury on the first defensive play of the season and has yet to return to practice . . . This is the first time, excluding season openers, in the 51 years of the Bills-Patriots rivalry that both teams are undefeated heading into a matchup.