Tate returned with some impact this season 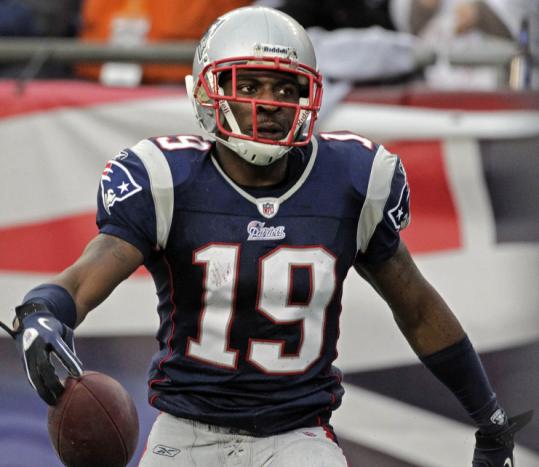 In the Patriots’ season opener against Cincinnati, the 23-year-old Tate ran back the second-half kickoff 97 yards for a touchdown, a play that gave New England a four-touchdown lead.

In the season finale against the Dolphins last week, Tate and Brian Hoyer hooked up for a beautiful 42-yard touchdown pass, with Tate turning on the jets to close on the deep ball from the quarterback, stretching out for the catch.

Between those plays, it was a bit of an up-and-down season for Tate, a third-round draft pick last year who played in just two games as a rookie because of a knee injury.

This year, the North Carolina native was talked up in the preseason by everyone from Tom Brady to Robert Kraft, which led to big expectations for the 6-foot-1-inch, 195-pound receiver/returner.

He started out strongly, with kickoff-return touchdowns against the Bengals and three weeks later in Miami, and a respectable 11 catches in the first four games.

Against the Vikings Oct. 31, Tate had his first touchdown reception, remembering what Deion Branch had told him about working to stay open until Brady threw the ball. On second and 10, with the Patriots trailing in the third quarter, Tate kept himself open on the sideline, and Brady found him. Having already beaten his defender, it was a pretty clear path to the end zone.

New England took the lead for the first time that afternoon and went on to a 10-point win.

The next eight games, however, weren’t as highlight-worthy for Tate, either as a kick returner or wideout.

Given a chance against Miami to shine, along with Julian Edelman and Taylor Price, with Branch and Wes Welker on the sideline, he responded with two catches for 82 yards.

The touchdown from Hoyer came off a fake end-around to Tate, who turned upfield and headed for the end zone, where he pulled in the Patriots’ final touchdown of the regular season.

“It felt good to get out there and play a whole game of football like that,’’ said Tate. “It felt good, but you just gotta forget about this game and move onto the next one.

“We all had the opportunity to play, and we just took advantage of that, went out there, and had fun.’’

When Tate was drafted out of North Carolina, his abilities as a return man were well-documented — he set an NCAA record for total return yards with 3,523 — but he missed the final eight games of his last season in college after tearing his ACL.

Since coming to New England, he has worked to gain Brady’s trust and received tutoring from veteran teammates. Branch in particular has spent time mentoring the younger wideout.

“Well, all the guys help the younger guys out,’’ said Tate. “Deion’s been a big help since he got here, helping me out with everything, making sure I’m running my right routes, proper depth, stuff like that.’’

Despite his uneven output, Tate has tried to maintain a positive outlook.

“No, it [hasn’t] been frustrating,’’ he said. “I just [try to] be patient out there, just be ready for it whenever the ball comes, just stay into the game the whole time.

“The way I see it, I feel Tom will get you the ball if it can get to you, so I just go out there and try to do my job, pretty much.’’

Like the rest of his teammates, Tate is enjoying a weekend off after two days of full-pads practices and some time spent correcting mistakes. He is looking forward to his first playoff experience — he was on injured reserve at the end of last year and unable to play against the Ravens — and whatever he can do to help the team.