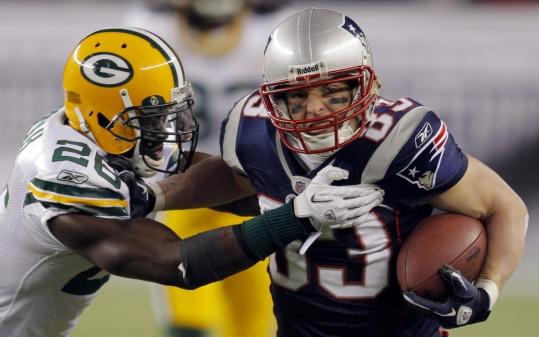 The Patriots leave for Buffalo Christmas Day owners of the best record in the NFL and focused on securing a victory with playoff implications. But the holidays provide plenty of distractions that could make a routine week anything but routine.

Between rookies and newcomers, the Patriots have many players experiencing the stresses of this part of the season for the first time, but Bill Belichick isn’t about to change routines to help keep the team focused.

“I think it’s important for every person, every member of the organization — not just a young player, but all of us — to maintain our focus, keep our eye on the target, not worry about anything but Buffalo,’’ said the coach. “That’s really all there is right now, and just take everything else and push it to the side a little bit and try to make sure that we did a good job on our preparations and make sure that we don’t take anything for granted, do all the little things that we need to do and put all our energy and emphasis in that. It’s not just about the players. We all could potentially be distracted and everyone’s job is important.’’

With all teams facing the same challenges this weekend of balancing preparation with the holidays, the key is to stick to routines, Belichick said.

“Last week’s no different than this week,’’ he said. “We still need to put everything we have into each game and take advantage of our opportunities, whether it’s film studies, meetings, walkthroughs, practice, any individual time we have the players and so forth and just maximize that. I don’t think there’s anything that we would do this week that we shouldn’t have done last week.’’

Welker excelling Wes Welker continues to work on his fundamentals, but one thing that is no longer the topic of conversation is his knee. Receivers coach Chad O’Shea said Welker has “done a great job’’ this season as he leads the team with 83 catches for 829 yards. His seven touchdown receptions are more than he had in 2009 (four) and one shy of his career high.

“He’s worked extremely hard to get to where he is right now, with the injury in the offseason,’’ O’Shea said. “It’s not something we even mention anymore. It’s not a factor. Wes Welker is Wes Welker right now. He’s playing at a high level. There are some things that he knows he needs to improve on, just like all our players right now need to improve on [something].’’

Edelman working hard With so many options for Tom Brady, the receivers are fighting for attention. Julian Edelman has been a silent part of the offense and that is something O’Shea said the second-year player continues to work on. Edelman has four catches for 14 yards and several drops.

“Julian has had some drops during his last couple times out,’’ O’Shea said. “I know he is going to work real hard to try to correct that.’’

Edelman had 37 catches for 359 yards in his rookie season and had six catches for 44 yards and two touchdowns subbing for Welker in the first-round playoff loss to the Ravens.

A complete star Buffalo running back Fred Jackson has a fan in Belichick. Jackson has a team-high 811 yards on 196 carries and five touchdowns. Last season he became the first player in NFL history to rush for 1,000 yards and collect 1,000 kickoff return yards.

“He’s one of the best backs in the league,’’ Belichick said. “I’d say he’s outstanding. He’s good at everything: good on blitz pickup, a good outside runner, good inside runner. They use him in the passing game as a receiver, split-out and empty and those kinds of things.

“He’s a very good screen back. He’s got big-time speed as well as power, but he’s very tough in the tackle-to-tackle area. It seems like he can always find some space and get a few yards and squeeze through there or power through there. I have as much respect for him as really anybody we’ve played. He’s a complete guy. He does it all and shows really good toughness.’’

High-flying offense The Patriots lead the league at 31.9 points a game, and across the league games are on a high-scoring record pace. NFL games are averaging 44.3 points, and if it continues, it will be the highest-scoring average in the Super Bowl era . . . The Patriots registered their third-highest regular-season local ratings in franchise history with a 42.62 household rating in the Boston market watching their 31-27 victory against the Packers Sunday. It was the highest-rated game of the regular season in the local market. Nationally, the game registered 14.0 with 24.2 million viewers. It was the most-watched prime-time show Sunday night . . . The Patriots released defensive lineman Louis Leonard, according to ESPNBoston.com. Leonard was signed last week.