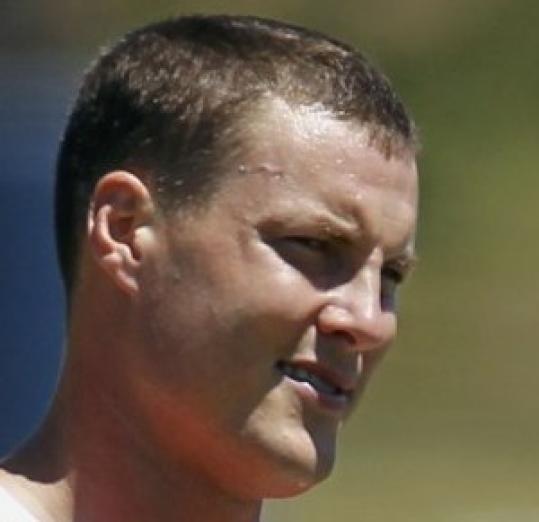 The June 2 images of Wes Welker cutting and weaving and moving like a football player spread across the Internet quicker than the slot receiver can shake a cornerback. And just as quickly came the wonder with which the news was taken.

Was it possible that four months after knee reconstruction, Welker could move like this?

It was, and the final result was that the general public was far more surprised than Welker’s NFL brethren. His quick return was impressive, to be sure. But it wasn’t unprecedented.

So as the Patriots open minicamp today, their final team activity before training camp, and eyes trained on the receiver, it’s important to know that the good signs are no mirage. They are real pieces of evidence on his progress.

Rod Woodson can relate with Welker. So can his ex-Charger teammate Philip Rivers. And given what both know about Welker, in addition to their own swift recoveries from ACL surgery, neither shared the fans’ shock to see the Patriots’ All-Pro on the field two weeks ago.

“What happens is when someone gets hurt, we almost automatically write them off for a year-and-a-half,’’ said Woodson. “I played for a coach with an open mind that let me come back in that four-month window. What people have to realize is professional athletes aren’t Joe Blow walking down the street.

“Their bodies are different, and they’ve trained their bodies to be different their whole life. I wasn’t surprised, because technology is showing how everyone can come back sooner.’’

Woodson’s experience came in 1995 — 15 years of medical advances ago — when he blew out his ACL in Pittsburgh’s season opener.

“The next day, [coach] Bill [Cowher] and I met with the doctor, going over the process to getting the operation, and I asked about the recovery time,’’ he said. “The doctor said 4-6 months. I looked at Bill and said, ‘I’m not good at math, but hey, that’s the playoffs.’ Bill got a plain look on his face, like, ‘You really think you can come back?’ ’’

If anyone can top that, it’s Rivers, who played on a torn ACL in the 2007 AFC Championship game against the Patriots. The Chargers lost that game, and the quarterback underwent surgery Jan. 23, 2008. One hundred days later, Rivers was back on the field at minicamp, and he didn’t wind up missing so much as a preseason game.

“It doesn’t surprise me, that was about my timeline,’’ said Rivers of Welker’s return to the field. “I took part in every OTA, and every practice in training camp, but what Wes is doing is different, certainly, with all the cutting and turning you have to do as a slot receiver. It’s more of a challenge for him, but it doesn’t surprise me knowing the guy and having been through it.’’

So Welker may be able to play, but he’s hardly out of the woods.

Rivers was told it would take 18 months before his knee would feel normal again and, much as he didn’t want to believe it, that was the truth. He added that a third of his patellar tendon was removed from the front of his knee to create the ACL graft, which brought additional soreness. And he’d feel that, in his calf and quad, doing mundane things such as driving or getting a night’s sleep.

But his ability to block out pain on the field came quicker.

“It took until those preseason games the next year,’’ Rivers said. “Those were important. Even in practice, as much you did, you knew it was protected. In a live deal, it takes some time to where your mind is committed and focused on the game and the defense in front of you. You have to get through it, and realize you’ll be OK.’’

Woodson said it took him about 16 months to stop thinking about the knee completely.

“He’s got to be careful that he doesn’t overcompensate,’’ said Woodson, who made five Pro Bowl teams following the injury. “Maybe his Achilles’ is sore, because he’s running on a leg that’s not fully healed, so something happens. With your Achilles’, your quad, your hamstring, you compensate because you’re not running right.

“I remember my right Achilles’ started hurting, and that bothered me more than the knee did the next season.’’

Woodson said one advantage he had was in his job description: To deliver punishment, and not receive it like Welker and Rivers do. But even taking all that into account, he’s betting on Welker to be in uniform Sept. 12 against Cincinnati.

“Only time will tell with Wes, because everything he does is about creating separation and stopping and going in windows,’’ Woodson said. “The one thing he didn’t damage was his brain. Now the question is, ‘Does his body still go with what he knows?’ But knee injuries can’t be judged like they were 20 years ago.

Woodson added that the biggest indicator for a receiver will be whether he extends for passes, or shows “alligator arms.’’

Welker’s toughness is well-documented, so that question seems easy to answer. But until he’s back in those spots, no one knows how he’ll react, not even Welker.

So that leaves plenty of room for guessing. And even with all the complications the injury and rehab bring, it still doesn’t seem like a good idea to bet against him.

“We hated to lose him, we knew we had something special,’’ said Rivers, whose Chargers cut Welker in September 2004. “Knowing what a competitor he is, how much he loves to play, and that how much he was going to miss heading into the playoffs, it was tough to see that. Then knowing the road back, mentally, I know what he’s up against. But knowing Wes, I know he’s going to recover.’’