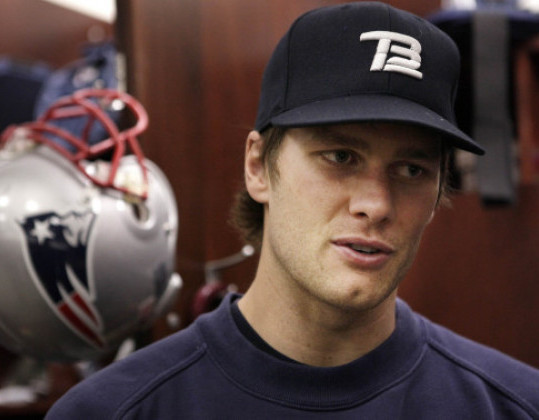 Tom Brady counts himself as a Patriot who must do a better job of leading the team. (Steven Senne/File/Associated Press)
May 13, 2010

Patriots quarterback Tom Brady had an early-morning chat on WEEI yesterday, the highlight of which was him discussing leadership, and the team’s overall weaknesses in 2009.

“All of us, we need to do a better job of leadership,’’ he said. “And I was one of the leaders last year, and obviously I sucked at doing that.

“There’s Rodney Harrison types, there’s Troy Brown types; guys who just show up for work every day and put the work in . . . You can never have enough of those guys, really selfless guys.’’

Brady elaborated on his statement from earlier in the week that the team had to listen better to coach Bill Belichick, calling it frustrating when Belichick lays out six things the Patriots need to do before a game and they do only one.

More than that, New England has to play together and finish out games.

“There are a lot of issues you have when that repeats itself time and time again over the course of the season.

“Coach always used the [phrase] ‘mentally tough’ to us, and I always agree with him. When the going got tough, we didn’t get going. We weren’t a mentally tough team last year.

“I think that’s been a big point of emphasis for Coach this offseason. Hopefully, we’ve found ways to address it.’’

Brady reiterated his stance on the importance of being in Los Angeles and spending time with son Jack, and said that when he is traveling with wife Gisele Bundchen, he often has the bulk of days to himself, allowing him to get in two or three workouts.