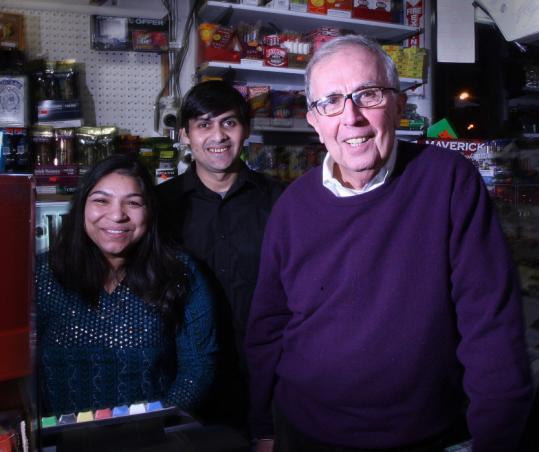 The Patriots’ loss turned out to be Minas J. Dakos’s gain - to the tune of $1 million.

The 72-year-old Peabody resident, a retired middle school teacher, won the sum from a lottery scratch ticket he bought Sunday to take his mind off the injury sustained by the team’s star wide receiver Wes Welker.

“I said, ‘Oh, I guess I’ll get out of the house and do something. I guess I’ll go and buy some scratch-off tickets,’ ’’ he said yesterday in a telephone interview.

So Dakos drove a short distance to the Town Variety convenience store on Central Street. There, he bought four scratch tickets for the $800 Million Spectacular game. Returning home, he took off his jacket and his shoes, trying not to track snow into the house. Somewhere along the way, Dakos misplaced the tickets.

“I thought I lost them, to be honest with you, because I looked everywhere,’’ he said. “I didn’t get angry about it, though. I said I dropped them somewhere, and I said whoever picks them up, may he or she have good luck. And then I forgot about it.’’

Dakos said he spotted the tickets a few hours later on top of a water cooler.

“I started laughing,’’ Dakos said yesterday, recalling his reaction Sunday when he learned of his good luck. “My wife was in the TV room and she said, ‘What’s funny?’ And I said, ‘Well, look at this.’ And she started laughing, too.’’

He collected his first check Monday. Before taxes, it was worth $50,000.

Dakos said he doesn’t plan to treat himself to anything too extravagant. Instead, he’d like to help his three children and four grandchildren.

Dakos said he buys scratch tickets just about every other day with his son. When asked if that tradition would continue, Dakos laughed.

“Do you think lightning can strike twice?’’ he asked.