HOUSTON - How many times this year did we see Wes Welker take the big hit and then jump to his feet? How many times did someone use the words “Wes Welker’’ and “ Bunny’’ in the same sentence?

So how deep is the irony in seeing the league’s greatest possession receiver, and the Patriots’ unquestioned 2009 MVP, rendered hors de combat with no contact involved?

First quarter. Third and 4 at the New England 42. It began like so many other Tom Brady-to-Welker collaborations, with the quarterback hitting the great receiver on a quick hitter and the receiver squirming for some additional yards.

As Houston safety Bernard Pollard (name sound familiar?) closed in, Welker planted his left leg to make a cut, and, as replays clearly showed, his left knee buckled. He went down with a 12-yard gain, but this time he didn’t get up. This time the Patriots medical staff was out there in Usain Bolt time. Welker was taken to the locker room on a mobile cart, a towel over his head, and the unanswered question was whether he had taken his team’s playoff chances with him.

“It’s no secret how important Wes is to us,’’ said cornerback Shawn Springs. “We are going to miss him.’’

They actually did a good job without Welker - to a point. They got a very solid performance from rookie Julian Edelman - a.k.a. “Mini Wes’’ - and they had a nice 27-13 lead early in the fourth quarter. But their season-long inability to play good defense when it most matters, especially against quarterbacks who really can throw the ball, was magnified again, as the Texans scored the last three times they had the ball and the Patriots went down to a 34-27 defeat.

So let the rationalizations begin. A win would have been nice, but a loss didn’t alter the fact that the Patriots will be the home team in a playoff game this weekend. A win would have given them a meaningful road victory for the first time this season, but, you know, what are you gonna do? The first season’s over. Can’t look back. Gotta start thinking about (fill in the blank).

“Got to move forward,’’ said Fred Taylor, a 33-year old vet who’s seen it all, with a shrug. “Got another season to look forward to.’’

Bill Belichick wanted it. That was clear. Brady took most of the snaps. He didn’t have much of a day (17 for 26, 186 yards, no TDs, one very, very, very damaging INT), but he was out there, and as far as we know he emerged in no worse shape than when the game began. We can surmise that Brady was not a very happy man at the game’s conclusion, because, for one of the very few times in his role as starting QB of the Patriots, he declined comment. That means he is already in the process of putting on his playoff game face. Well, doesn’t it?

The coach may have wanted it, but he didn’t get it, because his team stopped making plays after Taylor’s 11-yard touchdown run (featuring a great block by BenJarvus Green-Ellis) capped a nine-play, 71-yard drive to make it that 27-13 score 56 seconds into the fourth quarter.

Pretty much everything that could go wrong after that did go wrong. The defense surrendered an impressive eight-play, 69-yard touchdown drive. The offense went three-and-out, capped by Jacoby Jones’s 31-yard return of a 40-yard Chris Hanson punt. It took the Texans, now backed by a vocal crowd that had not abandoned the playoff dream, just seven plays to tie it up.

Still, all the Patriots had to do was advance the ball somewhere in the vicinity of the Houston 35 to send Stephen Gostkowski out for a winning field goal. He had already knocked ’em home from 51 and 43, so asking for another 50-yarder wasn’t too much, was it? But he never got the chance because Brady, under pressure, underthrew a pass up the left sideline intended for Sam Aiken and that man Pollard hauled it in and returned it 15 yards to the Patriots 28 with 3:49 to play.

The Texans were going to score. It was just a matter of how, and how long it would take. The chosen method was for Matt Schaub to hand the ball to rookie Arian Foster (20 carries, 119 yards, two TDs), who battled and scrapped for 6, 12, 7, and, finally, 3 yards and the go-ahead score.

With Welker out, all eyes this week will be focused on Edelman, the intriguing rookie from Kent State who entered the NFL as a seventh-round draft choice (No. 232), and whose entire college career was spent as a record-setting quarterback. But there he was yesterday, mimicking the great Welker with 10 catches for 103 yards, both career highs. Could he possibly do anything like that in a playoff game?

“Julian stepped up and played well,’’ said Brian Hoyer, who replaced Brady on two occasions and who didn’t look bad at all. “He’s a tough guy. I know people have been comparing him to Welker as long as he’s been here, but Julian is his own guy.’’

And a hard marker, too.

Asked about his development in a season that was interrupted by an arm injury, Edelman said he was “not comfortable enough.’’

He’s smart enough to know he can’t “replace’’ Wes Welker, who, despite missing two games, led the league with 123 catches (good for 1,348 yards), and is the best at what he does. But he’s been around here long enough to understand the expectations. If you’re with this team, there is a reason.

“I have to keep on working,’’ Edelman said. “I’m going to have to do a lot of studying and just prepare like I did all year. All I can do is work hard and take the coaching that we’ve had and go with it.’’

He can be good, this kid. He can be very good. But there’s only one Wes Welker.

Bob Ryan is a Globe columnist and host of the Globe’s 10.0 on Boston.com. He can be reached at ryan@globe.com. 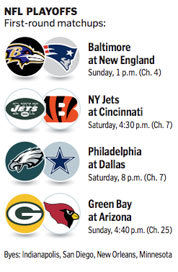