This time around, Patriots make it no contest 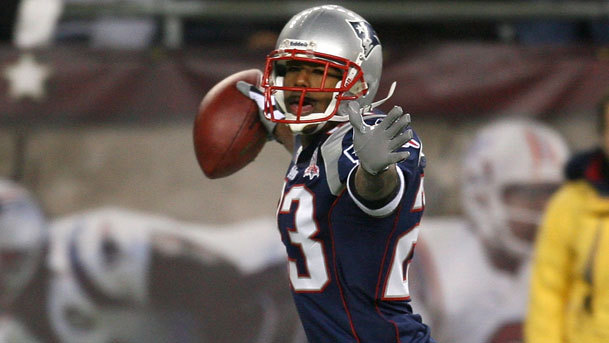 (AP) Leigh Bodden had three interceptions vs. the Jets, and returned the first one for a 53-yard touchdown in the first quarter.
By Adam Kilgore Globe Staff / November 22, 2009

FOXBOROUGH – The Patriots and Jets left their game Sunday night in far different places than after their first meeting two months ago. In Week 2, the Jets talked tough and backed it up. The Patriots wondered about the health of their quarterback while Wes Welker watched from the sidelines.

By the time the Patriots polished off their evisceration of Jets quarterback Mark Sanchez on Sunday, it had become clear how much things have changed in the AFC East. With their 31-14 victory, the Patriots offered an emphatic response to their crushing loss in Indianapolis last Sunday and continued the Jets’ spiral out of contention in the division.

The Patriots licked the wounds from last Sunday night's loss to the Colts largely because this time they had Welker, whose career day moved the chains for the entire game. The Patriots defense handled the rest, intercepting Sanchez four times.

Leigh Bodden picked off the first three, taking one of them back for the game’s first touchdown. Brandon Meriweather grabbed the final interception in the fourth quarter, setting up Laurence Maroney’s game-clinching touchdown.

"I pretty much knew I had 6. I just had to beat '6'," Bodden said, referring to Sanchez's attempt to tackle him along the sideline.

Randy Moss against Darrelle Revis provided intriguing theater, but Welker against any Jets defender who dared try covering him provided the difference. Welker, who did not play in the Patriots’ Week 2 loss to the Jets, caught 15 passes for 192 yards and also gained 11 yards on an end around. By halftime, he had 150 yards from scrimmage. By the end of the game, his 79 catches on the season gave him three more than any other receiver in the NFL.

"We got outplayed and outcoached by a better football team, today, no doubt about that. New England came out of the gates, they did a lot of good things offensively, they gave us a few problems early, especially,": Jets coach Rex Ryan said. "Welker had a phenomenal game. You just have to give them credit. they obviously did a great job, clearly they were the better team today, no question about it."

As for the marquee cornerback-receiver matchup, Revis largely shut down Moss. The Patriots fooled him when Moss caught a 4-yard touchdown to put the Patriots up 14-0 in the first quarter. Revis had blanketed Moss, allowing him no catches while deflecting two of the four passes Tom Brady threw their way. Finally, with a quick snap and a quick throw, Brady hit Moss for the score. Overall, though, Moss did not catch a pass longer than 13 yards, and Revis drew a 10-yard offensive pass interference on Moss.

Ultimately, the Moss-Revis matchup served as window dressing. The Patriots dominated the first half beginning with the Jets’ second drive of the game. Sanchez dropped back and fired left toward Cotchery, who had cut toward the middle. Sanchez threw as if anticipating an outside pattern, and the ball zipped into the arms of Bodden. He sprinted down the right sideline. Sanchez dove past Bodden along the sideline, and Bodden spread his arms as he cruised into the end zone with the first interception return touchdown of his career.

Later in the first half, Bodden picked off Sanchez again. At that point in the game, Sanchez had thrown the same number of passes to Bodden as to his own receivers. Bodden had 60 return yards; Sanchez had 25 passing yards.

The Jets, though, found a way back into the game. Late in the second quarter, with Patriots lined up to punt, Eric Smith charged through a phalanx of blockers led by Pierre Woods and blocked Chris Hanson’s punt. The ball trickled into the arms up Brad Smith, who skipped into the end zone.

Sanchez righted himself long enough to throw a 29-yard touchdown pass to Jericho Cotchery on their first drive of the second half. Suddenly, the Jets had transformed a blowout into a taut, 24-14 game.

The Patriots outgained the Jets 410 to 226 in total yards.