RB is framing a possible career around photography 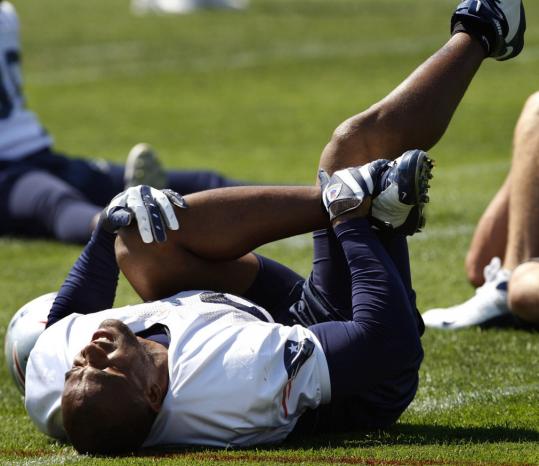 Patriots veteran running back Sammy Morris has stretched his talents to include writing and photography, both of which he may pursue when his football career is over. (Barry Chin/Globe Staff)
By Mike Reiss Globe Staff / September 5, 2008
Text size – +

FOXBOROUGH - Sammy Morris is sharpening his focus this season.

On the field, the nine-year veteran is an integral part of the Patriots' running back corps, so he figures to play an important role in Sunday's season opener against the Chiefs. But his focus has extended beyond football - he's a budding photographer.

Morris has been snapping pictures for a few years, but has mostly kept his shots private. Only now, with more confidence in his work, is he opening up this side of his life.

"Photography is my outlet for my creative side, a way that I can capture the things that I find artistic," the 31-year-old Morris said. "It kind of lets people into my world a little bit."

The world Morris is most often associated with is rough-and-tumble Sunday afternoon football.

He's played in 100 games with the Bills (2000-03), Dolphins (2004-06), and Patriots (2007), having burst onto the New England scene last year with a strong performance through six games before he sustained a season-ending injury (sternum-clavicle separation).

The 6-foot, 220-pound Morris is considered a physical, grind-it-out runner with an efficient style, not exactly the stereotype one might associate with artistry.

But an experience in training camp contributed to his feelings about being more open regarding his off-field interests. It involved coach Bill Belichick.

"It was one of his speeches where he was getting the guys going, about taking the right approach, and I think he was talking to some of the older guys who are closer to the end of their careers," Morris recalled.

"He said, 'Like you guys, I'm closer to the end of my coaching career than I am to the beginning of it.' To me, the words were profound and hit home."

The message gave Morris a spark of urgency on the field, while also making him think a bit more about being well-rounded and setting up a plan for his post-playing career. As he told more friends about his photography, and the feedback was generally positive, his willingness to share his snapshots grew.

One of Morris's favorite shots came when he was waiting to pick up his wife, Leslie, and had his three children - daughters Kiera and Jadyn, and son Sammy IV - in the back seat of the family car. Looking in his rearview mirror, he saw an unforgettable image of his kids playing and decided to take out his camera.

What Morris appreciated about that shot was its randomness, which was different than the many posed shots he'd snapped.

He also cites a picture he calls "Ghost in the Staircase" as one of his favorites. Morris took that one in the staircase at his home and had fun with the lighting, angles, and focus after setting the camera at the bottom of the stairs and pointing it upward. He added the prop of a freshly lit cigar.

Another photo, of Morris "deep in thought" on his staircase, hangs in his home office, where he does most of his reading and writing. In addition to photography, Morris is writing a screenplay and has a blog on to-unravel.blogspot.com, which contains language and content more geared toward adults.

"It's just another part of what makes me me," he said. "I've just kind of found that I enjoy to write and take pictures."

A communications major at Texas Tech, Morris said his interest was piqued while his wife was trying out for the television show "American Gladiators" a few years ago. A friend let him borrow a high-tech camera, and when he returned it, Morris was told he had captured some excellent images and had an eye for getting the right shots.

Morris's interest grew, and he soon bought a camera and various lenses, "which give you different perspectives."

While he has an interest in a career in coaching or counseling after his NFL career, Morris wouldn't mind if photography and writing are part of his future.

Although his full-time residence is in Dallas, Morris has grown to appreciate New England and the opportunities to snap different types of photographs. He sometimes pulls off Route 1 on his way home from Gillette Stadium to take a shot that catches his eye, and has journeyed to downtown Providence with camera in hand.

"It's not seeing a picture and trying to duplicate it; it's doing something that is different," Morris said. "It's a way to show who I am."