Calling in a specialist

Rookie Slater hopes to give Patriots many happy returns this season 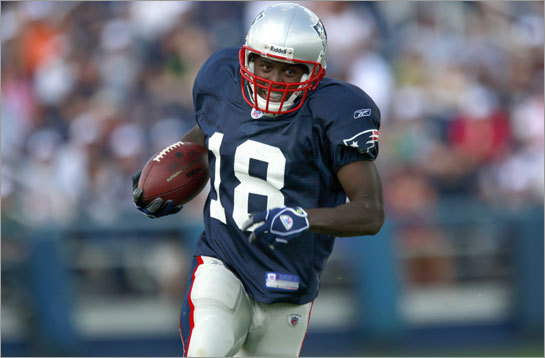 FOXBOROUGH - It hasn't happened yet. Matthew Slater hasn't come out to the field wearing a blue practice jersey (defense) instead of a white practice jersey (offense) or forgotten to put the proper color pinny on when switching sides of the ball during practice.

Few could blame the versatile Patriots rookie - who is practicing at wide receiver, safety, and as a return man - if he had a laundry lapse. People watching the 22-year-old Slater switch clothing and positions so freely probably see a young Troy Brown.

"Troy Brown is in a league of his own," said Slater. "You can't compare me to him. I'm just a youngster trying to learn the ropes. What he was able to accomplish in his career I really admire and respect him for, but I'm not even close to being a Troy Brown, and you can't even make that comparison."

He's right. A more apt comparison may be Devin Hester, the dangerous Chicago Bears return man who has become a game-changing force without having a true position.

In today's highly specialized NFL, kickoff and punt returner have basically become position designations, as Hester, converted college quarterback Josh Cribbs in Cleveland, and St. Louis's Dante Hall have shown they can make plays that affect the game just as much as ones by a running back or wide receiver. The speedy Slater, whom the Patriots drafted in the fifth round out of UCLA, has shown flashes that indicate he could provide that type of threat, despite being a positional nomad.

The 6-foot, 198-pound Slater struggled to find a position during his four injury-filled years of eligibility at UCLA but earned All-Pac-10 honors as strictly a kickoff returner last season, averaging 29 yards per return and scoring a school-record three touchdowns. He acknowledged that players like Hester, Cribbs, and Hall have opened the door for him.

"I believe guys like Devin Hester and Cribbs and those guys have definitely changed the position," said Slater. "They've done some things over the past couple of years that have been very impressive, and teams have to game plan for that, but you can't put me on that level yet. I haven't returned a kick in a game in the NFL. I'm still trying to learn and just get better one day at a time in practice.

"But what those guys have been able to do with their return units has been very impressive. I think it definitely has changed the way people look at special teams a little bit."

The Patriots' return game was productive last year. They ranked fourth in the NFL in kickoff-return average at 25.2 yards and had two touchdowns. Cornerback Ellis Hobbs ranked seventh in the league at 26 yards per return and set an NFL record with a 108-yard kickoff return in the season opener. But with Hobbs, who is recovering from offseason shoulder and groin surgeries, being counted on at cornerback, there is an opening for Slater.

While it may be premature to put Slater in the company of Hester, he has shown Hesteresque acceleration while returning kickoffs during training camp. Slater's piece de resistance came on a kickoff return Sunday, when he stopped on a dime, reversed field, and outran the back side of the coverage for a long gain.

Running back Kevin Faulk, the team's all-time leading kickoff returner with 171 returns for 3,918 yards, has been impressed by Slater's abilities. When asked if the mercurial rookie, whose speed is matched only by his humility, reminded him of himself in his younger days, Faulk didn't hesitate.

But being a good kickoff returner isn't just about speed. As the son of Hall of Fame offensive tackle Jackie Slater, a seven-time Pro Bowler for the Rams, Matthew Slater has a unique viewpoint on kickoff returns and an appreciation for the unheralded teammates who throw their bodies in the way to pave his potential path to glory.

Slater may have picked the perfect time to enter the NFL, as there is now a premium on return men. That explains why the Patriots traded a fifth-round pick and a seventh-rounder to Tampa Bay to move up seven spots in the fifth round to select Slater, who was a virtual unknown coming out of college, with the 153d overall pick.

Players like Hester, Hall, and Cribbs have created a niche that is the perfect position for Slater.

"It kind of helped me to come around at the time I did when those guys were doing their thing," said Slater. "Definitely, it opens a lot of eyes, and it gives a lot of guys opportunities that might not have had opportunities to contribute to the game. I feel like in college that was something I was able to do, and hopefully I continue to work hard here and find a role on this team as well." 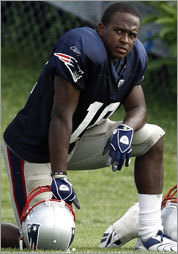