There are exceptions to the rules 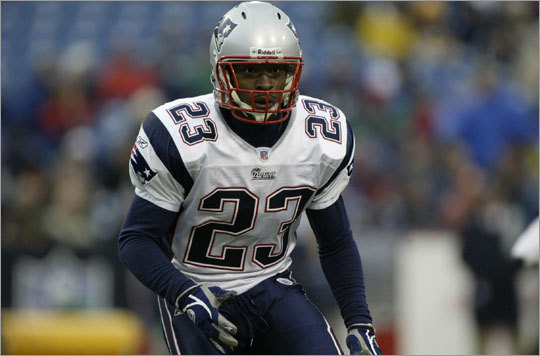 Willie Andrews has been released.

Adam "Pacman" Jones has been given another chance.

In matters of discipline, talent doesn't speak. It bellows.

There's nothing new in all this. Seldom does honor trump pragmatism in the world of professional sports. Did I say "professional"? Make that sports, period. The late and truly great Abe Lemons was once asked why he didn't have a curfew for his Oklahoma City University basketball team.

" 'Cause you always catch the wrong guys," he explained.

Nothing ever changes. Talent is just too precious, and exceptions to the rule are very, very rare. Yes, Bear Bryant threw Joe Namath off the Alabama team for both the final regular- season game and the Orange Bowl during his junior year, citing "general misconduct." Go ahead. Give me another one at that level. And while you're pondering, keep in mind that the hallowed Tom Osborne did not toss that miscreant Lawrence Phillips off his squad prior to a big Nebraska bowl game.

If the allegations against Willie Andrews are true, then he absolutely, positively should have been released by the New England Patriots. Already in trouble for a postseason pot bust, he holds a gun against the head of a woman? That's not a wise career move if you are an expendable special teams player.

But if the transgressor had been any one of a dozen other Patriots players, is there any doubt the star would still be employed by the team? You'd be hearing a lot about how "we're gathering the facts," and how "the legal process has to play itself out." It's a little tougher call when you think you need that player.

Please, let us not lose sight of the Pacman Jones issue. He was a participant in a Las Vegas incident in which Tom Urbanski, a bouncer at the Minxx Gentleman's Club, was shot and permanently paralyzed from the waist down. During the course of the altercation, which began when Pacman and his buddies were "raining" money down on the dancers, Jones grabbed a dancer and punched her in the face before threatening another security man, saying, "I'm gonna [expletive] kill ya'; matter of fact, all yous are gonna get it."

You can read the details yourself. Google "Tom Urbanski" and you will have access to the "Declaration of Warrant/Summons" issued by the state of Nevada dealing with the incident. It's juicy bedside reading.

And, as you undoubtedly know, this was not an isolated incident in the life of Pacman Jones, who, in case you've lost track, is now in the employ of the Dallas Cowboys, where he has apparently found religion (what a shock).

The reason he is drawing a salary from the Cowboys is that, when he isn't attracting the attention of law enforcement agencies, he is a great cornerback and a sensational return man. This guy can really play. Just ask Bill Belichick, who simply refused to kick to him when the Patriots played Pacman's original team, the Tennessee Titans, in 2006. That's respect.

Congratulations to Pacman Jones for finding lawyers skilled enough to keep him out of jail. But aside from his obvious talent, is there any legitimate reason he should still be playing in Roger Goodell's league?

It's a question sports ownership is often confronted with. "Do I want to win badly enough to hire that guy?" We know Jerry Jones's answer.

Now you knew this was going to bring us to Manny.

No, Manny Ramírez didn't kill anybody, directly or indirectly. He wasn't involved in any activity in which someone was paralyzed, either. This, however, is not cause for celebration.

Manny Ramírez did something that, had it happened in the private business world, might very well have gotten him arrested if someone had been of a mind to press charges. There is no possible excuse for a fit 36-year-old athlete to put his hands on a 64-year-old traveling secretary, much less shove him hard enough to hit the floor. Never mind the idea that Manny had made an impossible request of Jack McCormick. Ramírez's request for 16 last-minute tickets to a sold-out game is laughable. The idea that this foolish request would be the springboard to an assault is disturbing.

How could the Red Sox not suspend Manny for at least one game? First of all, the "risk" in the Big Picture is minimal. There is no more inconsequential sampling in American sport than one Major League Baseball game. Not having a star for one baseball game is statistically irrelevant. It's one game out of 162. You've got so little to lose. Manny went 0 for 3 with a walk and two whiffs Monday night. Some reward for dishonoring yourself.

But that's hardly the point. Manny was not just out of line. Manny was actually indulging in a criminal act. The Red Sox had an obligation to inform the rest of the organization, as well as the rest of baseball, that they will not tolerate criminal acts on the part of anyone, even future first-ballot Hall of Famers such as Manny Ramírez. It is incomprehensible that such smart people as John Henry, Larry Lucchino, and Theo Epstein didn't understand how much they had to gain by taking a stand for honor and decency. There is no more thankless task in baseball than that of the traveling secretary. How can any of the Red Sox brass now look Jack McCormick in the eye?

Only days before, a journeyman pitcher named Shawn Chacon got physical with Houston Astros general manager Ed Wade. Like Willie Andrews, Shawn Chacon was the definition of "expendable." He was released, and deservedly so. There are plenty of Shawn Chacons out there. He has probably thrown his last pitch in the major leagues.

If, for example, Brandon Moss had shoved Jack McCormick to the floor in a silly tiff over tickets, or over anything, you think he'd still be a member of the Boston Red Sox?

In the world of sport, talent is more than an equalizer. Talent is everything.

Bob Ryan is a Globe columnist. His e-mail address is ryan@globe.com. 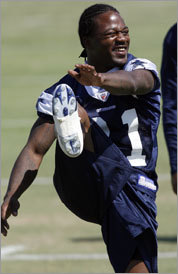