THIS STORY HAS BEEN FORMATTED FOR EASY PRINTING
Suburban Diary

Across the world and rooting for the home team

Even in Asia, a Pats fan finds himself caught up in a historic Super Bowl 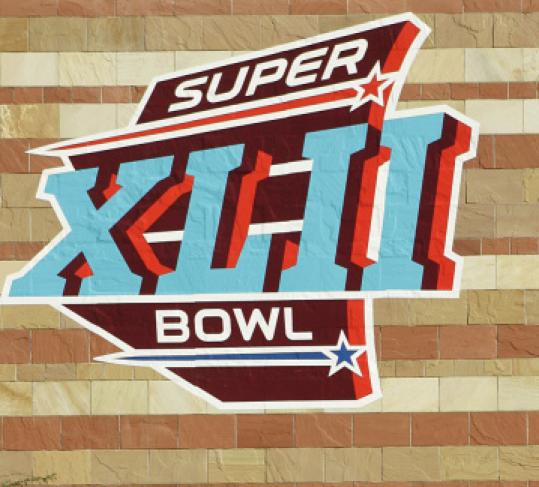 JOHOR BAHRU, Malaysia - "What are your plans for the Super Bowl?" a friend in Florida asked the other day, knowing I would be out of the country these two weeks and out of the pocket of football fandom frenzy.

I usually return to Southeast Asia this time of year for the Lunar New Year, which is celebrated by many people here with the engagement and excitement level of what it would be for Americans if Thanksgiving and the year-end festivities were rolled into the same week. My friend asked with the understanding that the Super Bowl, much like the World Series or the NBA or NHL finals, isn't followed with the same fervor outside North America.

Certainly not in this part of the world, where football is played with a quilted round ball dribbled with feet, not with a pigskin passed around by hand. The news outlets here might run a story or two about the NFL's ultimate game of the season when it's over, but seldom is there pregame coverage. It's like the European Cup soccer final seen through most US newspapers. The year Janet Jackson had her so-called wardrobe malfunction and lost a piece of clothing covering her chest, that halftime spectacle was the big story about that Super Bowl, not the teams or the football itself.

What are my plans for the Super Bowl?

Well, it's been difficult most years because of the travel. Because the Lunar New Year falls in late January or early February, I've followed the game each year variously by catching it, or bits of it, where I could: at the American Club in Singapore one year, at the airport during a layover, on the radio in a taxicab, even on a plane once, when the captain picked up a good radio signal over Anchorage and fed it through the onboard entertainment system. Clever man, that captain - even if we got the broadcast for only a few minutes. He gave us updates later by having one of the attendants walk up and down the aisles with the score on a piece of cardboard.

I'm luckier this year. My brother's cable provider will include a live satellite feed from Phoenix. I'll be up watching with my flask of coffee very early Monday, Malaysia being 13 hours ahead of Boston. No tailgate keg party for me!

But it'll be a special Super Bowl nonetheless, with two special teams vying for glory and the New England Patriots, of course, heading into this matchup with a betting man's shot at making history that would be very difficult to repeat. For a New Englander, it's a no-brainer which team should win.

For me, though, the New York Giants are compelling, too. While the Patriots are quarterbacked by the handsome and affable Tom Brady, he with the feathery hair and Hollywood charisma, the Giants have the scrappy and plucky Eli Manning, who reminds many people of any unfortunate kid with a more accomplished older brother, always yearning to join in the fun while shouldering the burden of inevitable comparison to the sibling that already has the coveted ring. It's hard not to feel for the little brother.

I am drawn to the Giants mostly because my late father-in-law played for them for two seasons in the 1950s and the team's front office for many years was run by his good friend and fellow Baltimore native, the late George Young. My father-in-law, Jim Ostendarp, was a successful head coach at Amherst College long after his playing days, but he had an abiding fondness for the Giants organization. We watched many Giants games on TV with him, and today I can't watch football without thinking of Coach, who died two Christmases ago, and I can't think of him without wishing his old team well.

But my plans for the Super Bowl this year won't include rooting against the Patriots. I've done that against a New England ball team only once, in 1986 just after I moved to Boston. It was in the Super Bowl against the Chicago Bears, in the year of the late great Walter Payton ("Sweetness") and the gargantuan William "The Refrigerator" Perry. Coached by Papa Bear Mike Ditka, "Da Bears" were your team then if you spent any time in Illinois, as I did in school, and followed pro football.

No, my plans are to cheer on Bill Belichick's team and its quest to be the greatest ever with a 19-0 season. I don't think Coach Ostendarp would mind my rooting against his old team this one time. He loved winning, and winning with preparation and discipline, and he eschewed braggarts and showoffs. Act like you've been there, he'd exhort, and Coach Belichick has certainly instilled and enforced such an attitude in his players. The Patriots head coach is also a class act, in the eyes of the Ostendarp family. Videogate or no, he has the family's respect and is admired for his thoughtful note to my mother-in-law after hearing about her husband's passing.

Yes, perfect would indeed be perfect this year, and for me this Super Bowl would surely be ruined if the Pats don't win or, worse, if the game were upended by some titillating "wardrobe malfunction" in the halftime show.

L. Kim Tan lives in Marshfield and edits the Globe's NorthWest section when he is not on vacation. He can be reached at tan@globe.com.