Can he grab roster spot? 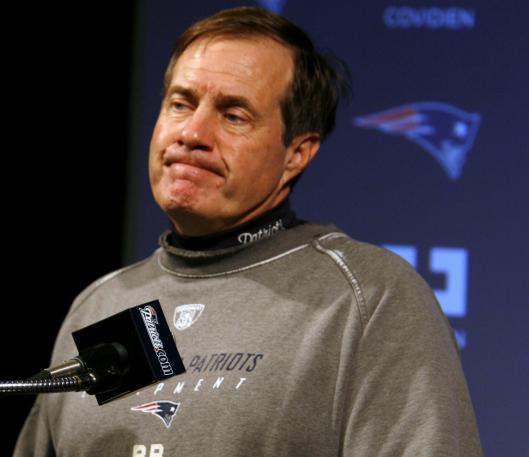 Coach Bill Belichick said the Patriots would start the practice clock this week on Brown, who has been on the physically unable to perform list since training camp following offseason knee surgery. The Patriots will have 21 days to evaluate Brown, the franchise's all-time leading receiver, before they must decide whether to return him to the active roster, release him, or place him on injured reserve, ending his season.

The Patriots had until today to start the clock on Brown or lose him for the season. They could have started practicing the 15-year veteran after Week 6, which is what they did with PUPers Chad Jackson and Eddie Jackson.

Belichick said Brown has been an influence on the team while working with the strength and conditioning staff and trainers to rehab his injury.

"Troy is a great veteran and an outstanding team player and can provide input and advice," said Belichick. "We have a lot of new guys on the team at his position, so he's always great that way."

Brown said last Monday at his celebrity bingo charity event that he would not return simply to serve as an adviser. He wants to play.

"It always puts a smile on your face when you're welcomed back," Brown said then. "That made me feel real good, but I wanted to come back and I wanted to be able to contribute physically and not just be a helping presence.

"That's just the way I am. I like to compete and that's what it is all about. We'll see what happens here and see if things work out. But all and all I'm happy."

The Patriots have a logjam at receiver with Randy Moss, Wes Welker, Donté Stallworth, Jabar Gaffney, and Kelley Washington, who has become a key special teams player. That doesn't even factor in Chad Jackson.

Both Chad Jackson's and Eddie Jackson's 21-day practice windows expire this week, and the team will have to decide whether to clear roster spots for them, release them, or put them on IR.

A day later, the Patriots were not pleased about racking up a franchise-record 146 yards in penalties on 10 infractions in their 24-20 win over the Colts.

Seventy-seven of the yards came on a pair of questionable pass interference penalties on Asante Samuel, who was whistled for a 37-yarder in the first quarter, and Ellis Hobbs, hit with a 40-yarder in the second quarter.

"That's bogus," defensive end Richard Seymour said on WEEI radio yesterday. "The one on Ellis Hobbs, that was absolutely ridiculous. There was nothing else he could have done. He didn't put his hands on him. He didn't stop him. He didn't arm-guard him.

"He just ran down the field and got in front of Reggie Wayne. He played that play the way he was taught to play that play. Stack the receiver. Don't let him get in front of you, and it was just a terrible call."

For all the talk about what a tough matchup Indianapolis tight end Dallas Clark is for the Patriots, Clark was rendered a non-factor, catching just two passes for 15 yards. The credit for Clark's containment goes to safety Rodney Harrison.

"I thought Rodney played well," said Belichick. "He kind of played more as a linebacker in this game or in the linebacker-type of alignment. But he's a versatile player, and he played close to the line of scrimmage. I thought he did a good job."

Harrison told WEEI that he knew he was going to be matched up with Clark most of the day.

"That's what we practiced the entire week, was me being over Dallas Clark, covering him the entire game, whether it was being a nickel back or being an outside linebacker, which I've played before," Harrison said. "It was just a challenge that I really had to welcome.

"He's a great tight end, one of the best in the game, and for the most part we contained him."

With the bye week, Patriots players will not resume workouts until next Monday. They have meetings today, and Belichick elected to give them the rest of the week off.

The Patriots have played 13 straight weeks, including the preseason.

"And that's not just games," said Belichick. "It's the game plans. It's the mental part of it - coming in, getting a new game plan, getting new adjustments, going through all of the scouting reports and all of that every week. There's certainly a mental drain.

"I think whenever the bye week comes, it's good.

"I don't think anybody, when we have a bye week, says, 'Gee, I really wish we had a few more days of practice and another scouting report and game plans today,' so whenever it comes, it's good."

The NFL announced yesterday that the Patriots' Nov. 18 game against the Bills has been moved from 1 p.m. to an 8:15 p.m. start as part of the league's flexible scheduling plan. Flexible scheduling was implemented last year to help boost ratings by providing NBC, which broadcasts the Sunday night package, with attractive games. The Patriots-Bills game will move from CBS to NBC. Only games in Weeks 11 through 17 fall under flexible scheduling. The Patriots now have the maximum six prime time appearances. "The Patriots' quest for a perfect season is clearly the biggest story in the NFL," said NBC Sports chairman Dick Ebersol in a release . . . Belichick said on WEEI that a return by Corey Dillon to bolster the running back spot after Sammy Morris was lost for the season is not currently in the plans.