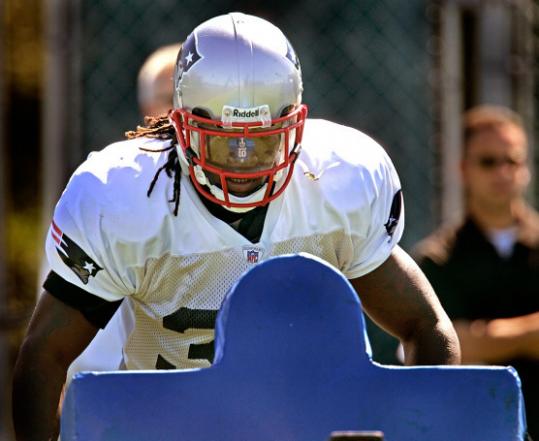 FOXBOROUGH - There will be no further sanctions against the Patriots as a result of the NFL's investigation into the team's videotaping procedures, a league source confirmed last night.

According to the source, NFL commissioner Roger Goodell sent a memo to all 32 clubs last night in which he said he was satisfied the Patriots fully cooperated and complied with his instructions.

Goodell wrote that NFL staffers met twice with top Patriots officials and took possession of all tapes and documents relating to the team's videotaping of opposing signals. All materials were destroyed and the Patriots also certified in writing that no copies or other records exist, NFL spokesman Greg Aiello confirmed.

An NBC report during last Sunday night's Patriots-Chargers game, claiming the Jets alleged that the Patriots had illegally placed a microphone on a defensive player, was found to have no merit.

"We have no evidence to support that claim," Aiello said.

To ensure all teams are following the same guidelines, the league recently resent its game operations manual regarding videotaping and audio communications to each club. Teams will now be required to allow more access for NFL security and game operations officials, and the league plans to closely monitor the procedures of all 32 clubs.

Yesterday's developments put a cap on two of the most turbulent weeks in recent Patriots history.

The NFL ruled the Patriots illegally videotaped the signals of Jets defensive coaches in the Sept. 9 season opener. The videotape was seized in the first quarter and Goodell later said it had no impact on the result of the game, a 38-14 Patriots victory.

The NFL continues to investigate how the tape seized from Patriots assistant Matt Estrella was broadcast on Fox's pregame show last Sunday. The field-level tape showed Jets coaches giving signals to players, before panning to the scoreboard to indicate down and distance.

The content of the tape was part of what Goodell viewed when he deemed the Patriots violated the league's videotape procedures.

NFL rules state that "no video recording devices of any kind are permitted to be in use in the coaches' booth, on the field, or in the locker room during the game" and that all video shooting locations for club coaching purposes "must be enclosed on all sides with a roof overhead."

NFL executive vice president of football operations Ray Anderson had sent a memo in September 2006 reminding teams that "videotaping of any type, including but not limited to taping of an opponent's offensive or defensive signals, is prohibited on the sidelines, in the coaches' booth, in the locker room, or at any other locations accessible to club staff members during the game."

In a statement released following the NFL's ruling, Belichick indicated that his "interpretation of a rule in the Constitution and Bylaws was incorrect."

The rule to which Belichick was referring was: "Any use by any club at any time, from the start to the finish of any game in which such club is a participant, of any communications or information-gathering equipment, other than Polaroid-type cameras or field telephones, shall be prohibited, including without limitation videotape machines, telephone tapping, or bugging devices, or any other form of electronic devices that might aid a team during the playing of a game."