Reports: Harbaugh out, Sparano still in 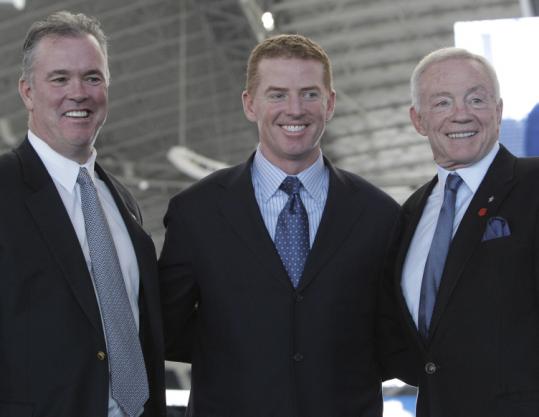 Two people familiar with the negotiations say talks between Stanford coach Jim Harbaugh and the Dolphins have broken off, and the team is expected to retain Tony Sparano as coach.

Both people spoke to the Associated Press on condition of anonymity because the negotiations were to remain confidential. Multiple websites reported last night that Sparano would be returning as Dolphins’ coach.

Harbaugh met yesterday with Dolphins owner Stephen Ross in the San Francisco area, two other people with knowledge of the situation said. After the meeting, Harbaugh was still considering staying at Stanford; he also met yesterday with the president of the university and the provost. The school made an amended offer with enhancements from an offer presented last month.

Sparano has a year left on his contract. He has been working this week at the team’s complex in Davie, Fla., and when he took an afternoon walk yesterday, he encountered a cluster of media staking out the facility.

“You guys need to find a better hobby,’’ Sparano said.

Garrett promoted Cowboys owner Jerry Jones took the interim label off Jason Garrett and made him — officially — the eighth head coach in the history of the franchise. He’s the first head coach who also played for the Cowboys; he was a backup to Troy Aikman in the 1990s.

“He’s truly one of our own,’’ Jones said during a news conference at Cowboys Stadium. “We know him well for the qualifications he has for this position. I know that he has spent his entire life preparing for this day. And he is well-qualified.’’

Garrett made the choice easy for Jones by going 5-3 during his half-season in charge. He took over a club that had been 1-7 and was asked to merely make them competitive. He not only compiled a winning record, but his losses were by a total of 7 points.

Having seen what Garrett could do, Jones didn’t even interview him. He considered receivers coach Ray Sherman and Miami assistant head coach Todd Bowles, who could still join the staff as defensive coordinator.

ESPN, NFL talk deal ESPN is close to an extension of its media rights with the NFL to pay between $1.8 billion and $1.9 billion a year for nine or 10 years after its current deal ends in 2013, according to a report in the Sports Business Daily. ESPN now pays an average of $1.1 billion a year for Monday night football and the NFL draft. While ESPN’s fee is the most paid by any network, it has not had the rights to carry any playoff games. The new agreement might shift one wild-card game to ESPN, the publication said . . . Rams offensive coordinator Pat Shurmur will be the first candidate to formally interview with the Browns for their head coaching position. Cleveland has also asked for permission to speak with Giants defensive coordinator Perry Fewell . . . Bills defensive tackle Kyle Williams has been added to the AFC Pro Bowl roster as an injury replacement for Oakland’s Richard Seymour. Williams finished with 5 1/2 sacks . . . John Elway’s first decision as the team’s new football czar was to retain Brian Xanders, who was Denver’s general manager in name only during the Josh McDaniels era, and empower him with more say on personnel matters . . . The Cardinals fired defensive coordinator Bill Davis . . . Bears general manager Jerry Angelo says he has no plans to step aside. A year ago, many fans were calling for him and coach Lovie Smith to be dismissed. Now, the Bears are back in the playoffs for the first time since the 2006 team’s Super Bowl run.