THIS STORY HAS BEEN FORMATTED FOR EASY PRINTING
Pro picks

'Hey, Coach, is it true these ads stink?' 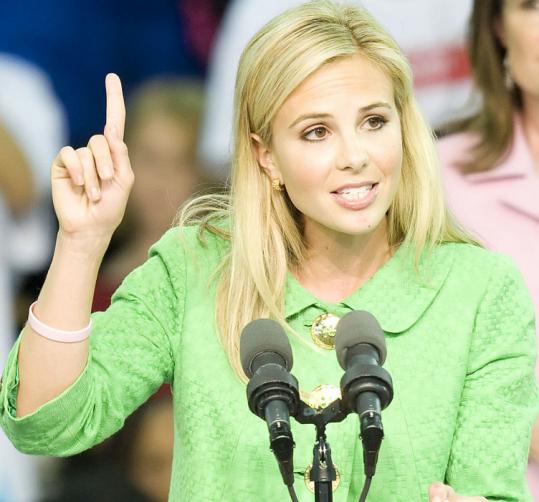 There are few greater things than watching NFL games on TV.

The action is the greatest (the Lions notwithstanding), and with all the various replays and angles, it's impossible not to see everything. The product on the field even makes up for all the nonsensical blathering coming from the broadcast booth.

There's a lot to like. And there's one thing to loathe.

Yup, it's those Coors Light commercials. You know the ones, where they cut and paste old coaching footage (usually at press conferences) with four goobers drinking beer (that's realistic at a press conference) and asking questions about Coors Light.

I believe it was the great philosopher Popeye who said, "That's all I can stand, I can't stands no more."

Is there anyone who thinks these are funny?

They are so obnoxious I find myself humming the Foxwoods theme just to drown them out.

How many bad ideas did these ad wizards reject before settling on this campaign?

Certainly the Silver Bullet people are saving money on these screen gems. I'm thinking the "actors" are probably paid in cases of beer. And some of the coaching footage is ancient. I think that Jim Mora clip is from the '86 season.

I hope the coaches are getting paid handsomely for having their legacies reduced to rubble. And this isn't some rinky-dink list of coaches. You won't find Bruce Coslet, Ray Handley, or Rod Rust in these ads. It's Super Bowl winners Bill Parcells, Mike Ditka, Bill Walsh, Dick Vermeil, and the newest star, Brian Billick.

Come to think of it, Billick probably enjoys the exposure.

The picks
New England at Miami (-1) - There's panic in the streets of Patriot Nation as fans wonder how the Dolphins will implement the dreaded Wildcat offense. Fear not. I have it on good authority that Bill Belichick is ready to unveil the new Cougar defense, guaranteed to strike fear in the hearts of opposing runners. Pick: Patriots.

NY Jets at Tennessee (-5 1/2) - The Jets have won 11 straight coin flips (nine games, two overtimes). This has absolutely no bearing on this game, but in Massachusetts, it's not always easy to find something nice to say about the Jets. Pick: Titans.

Tampa Bay (-8) at Detroit - After the Lions dropped to 0-10 last week, coach Rod Marinelli, master of the obvious, said, "Have I failed? Yes. Am I discouraged? No way. I'm not." I was so inspired I gave my wife the same answer when she asked about the laundry. Pick: Buccaneers.

Chicago (-8) at St. Louis - The Rams have been outscored, 75-3, in the first half of their last two games. St. Louis coach Jim Haslett is working on a deal with Lovie Smith to play the second half first this week in the interest of competitiveness. Pick: Bears.

San Francisco at Dallas (-10) - Tony Romo made a victorious return vs. the Redskins last Sunday and told the world, "We treated this as a playoff game in a lot of ways." Romo has a short memory. He's 0-2 in the playoffs. Pick: Cowboys.

Buffalo (-3) at Kansas City - I was under the impression it was way too cold for things to melt down this quickly in Buffalo. The Bills have gone from one of the NFL's hottest team (5-1 start) to as cold as a Dick Jauron staredown. Pick: Chiefs.

Houston at Cleveland (-3) - Speaking of cold, Browns kicker Phil Dawson was stone-cold cool on that 56-yarder to beat the Bills Monday night. I wonder if he's related to Richard Dawson, who played the ultracool Corporal Peter Newkirk in "Hogan's ." Pick: Browns.

Philadelphia at Baltimore (-1) - Sure, the in thing to do would be to pick on Donovan McNabb for not knowing the rules. But Philly fans should be more upset with Sav Rocca, who shanked punts of 17, 23, and 36 yards in the 13-13 tie with the Bengals. The 6-foot-5-inch Rocca is a onetime Australian rules football star. I fell in love with that sport (and those hip referee uniforms) back in the day when ESPN aired 300-plus hours a week of the guys in the short-shorts. FYI: You can throw the records out the window when the Collingwood Magpies take on the North Melbourne Kangaroos. Pick: Ravens.

Minnesota at Jacksonville (-2 1/2) - I don't want to criticize Brad "Major Dad" Childress's play-calling, but when Adrian Peterson doesn't get any touches in the fourth quarter of a close game on the road, that's just stupid. Oops. I guess I did want to criticize. Pick: Jaguars.

Oakland at Denver (-9) - In the wake of the Raiders' latest futile effort (the offense hasn't scored a touchdown in 13 quarters), running back Justin Fargas said, "You can't have an offense that doesn't score points." Careful, little Huggy Bear. With sound thinking like that, Al Davis is liable to name you his next head coach. Pick: Broncos.

Carolina at Atlanta (-1) - With the hype over the Wildcat offense, people are overlooking the Panther offense, which produced a franchise-record 264 rushing yards last week. Pick: Falcons.

Washington (-3 1/2) at Seattle - Matt Hasselbeck was upset about getting hit hard by the Cardinals last week. Perhaps he can hire his sister-in-law, Elisabeth, to fight his battles for him. She's pretty tough. Just ask Rosie. Or Joy. Or Whoopi. Pick: Seahawks.

NY Giants (-3) at Arizona - Quick check of the Giants roster reveals a Ross, a Moss, and a Boss. Dr. Seuss would have a field day writing a book about this team. Pick: Giants.

Indianapolis at San Diego (-2 1/2) - After reviewing the end of the Steelers-Chargers game last Sunday, the NFL issued an official statement saying referee Scott Green "really Hochuli-ed it up." Pick: Colts.

Green Bay at New Orleans (-2 1/2) - We're rooting for Deuce McAllister to score a TD and take over the Saints' franchise lead he shares with Dalton Hilliard (53). Pick: Saints.