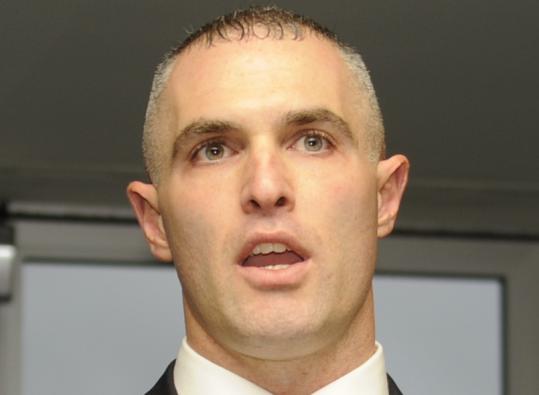 When Harvard assistant Tony Reno was hired as the new Yale football coach Jan. 12, he promised to spice up the rivalry, while praising the coach who hired him at Harvard, Tim Murphy, who last fall guided the Crimson to their 14th Ivy League title as well as a 45-7 pounding of Yale.

“What Coach Murphy does with his program is he prepares them to be great players on and off the field,’’ said Reno in his introductory press conference at Yale. “He prepares them in the classroom. He does a great job on the recruiting trail.

“All those things that are pieces of the puzzle at Harvard . . . those are pieces that I’m going to bring here to help make Yale successful.’’

Apparently, Reno meant that in the literal sense. Since he took over following the resignation of Tom Williams, Reno has hired not one, not two, but three Harvard assistants: wide receivers coach Kris Barber, offensive line coach Joe Conlin, and defensive line coach Dwayne Wilmot.

Of the trio, only Barber had ties to Yale (he played there).

Raiding coaching staffs is unusual but not unprecedented in college football. Most of the time when an assistant is hired to a head position, at least one of his friends on the old staff will come along. But the multiple raid, especially between schools with a strong rivalry, raised some eyebrows, not to mention blood pressure.

Asked about it yesterday, Murphy was careful in his response.

“Obviously, it’s an unusual, if not unprecedented situation,’’ said Murphy. “They obviously made lucrative offers to our assistant coaches. That’s why they are no longer working at Harvard.’’

Murphy must have expected to take a hit, but whether he saw the magnitude of the raid remains unclear. And it is more than coaches going to New Haven. The “Harvard system’’ is now in the hands of the Yale coaching staff.

The joke floating around the Harvard campus is that Yale, after losing the last five meetings with the Crimson and 10 of the last 11, has a new theme for playing Harvard: “If you can’t beat them, buy them.’’

Harvard and Murphy are now in a scrambling mode. Not only does Murphy have to finish up recruiting, but he must rebuild his staff, which presumably means raiding other staffs.

As Murphy pointed out, people move on in college football, it is part of the process. But rarely does it happen within the confines of a league, with an archrival.

But there clearly was some surprise, disappointment, and displeasure about the way it was done.

All that Murphy would say was, “The game next fall should be interesting.’’