In this first installment of the 100 Best Sports Photographs of 2010, I bring you the best 25 pictures from January, February, and March. Three more installments will follow. This isn't easy, believe me. And although I'm calling it the 100 best, it's a totally subjective and biased selection, with the hard-working committee (made up of, well, just me) both nominating and judging the entries in isolation. I cringe thinking of all the amazing pictures I left out. Ultimately, I value variety, intensity, humor, and majesty. In the coming days I'll post three more entries of 25 pictures each as I celebrate the work of brilliant photographers worldwide. ( 25 photos total) 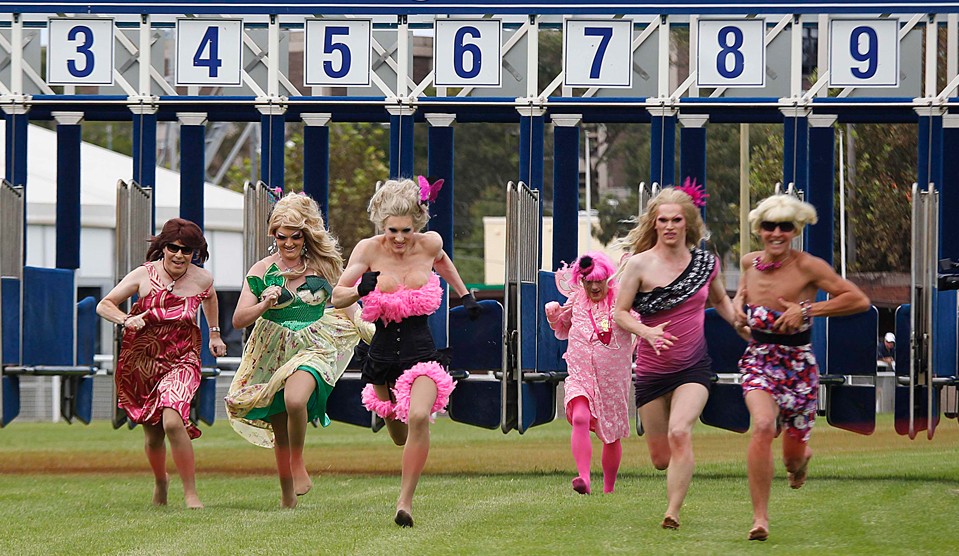 Drag racing comes to the main straight of Randwick Horse racing course during the Pink Stiletto race day in Sydney February 26 in a fundraiser for an HIV charity. (REUTERS/Tim Wimborne) 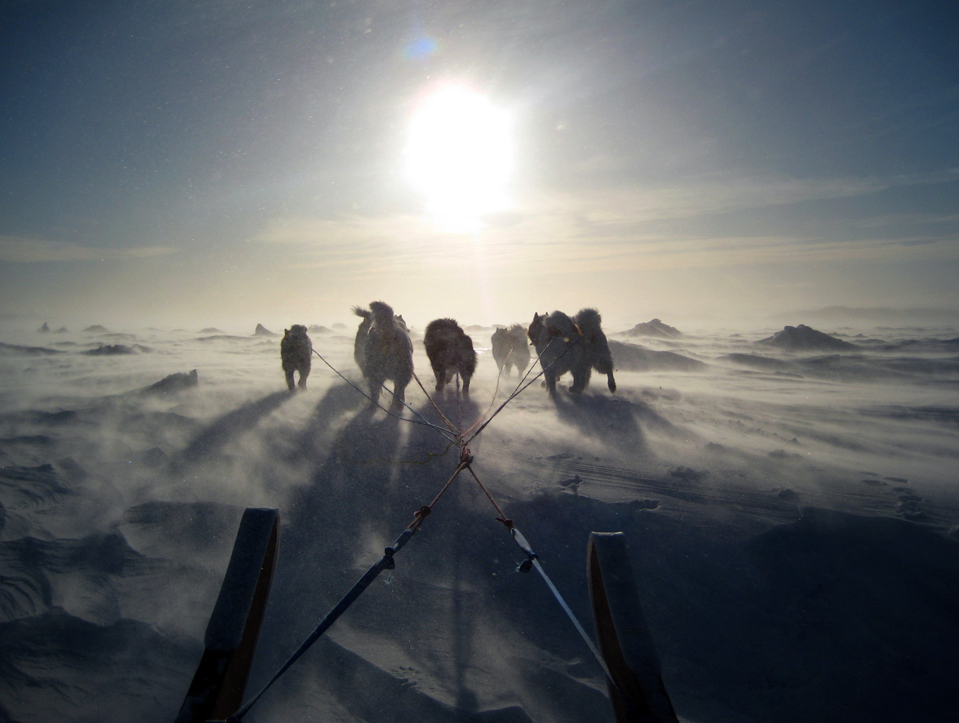 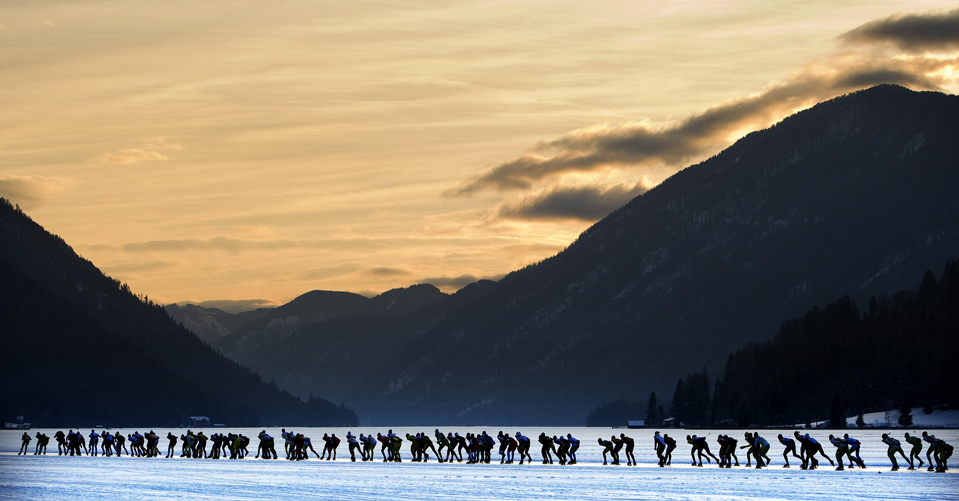 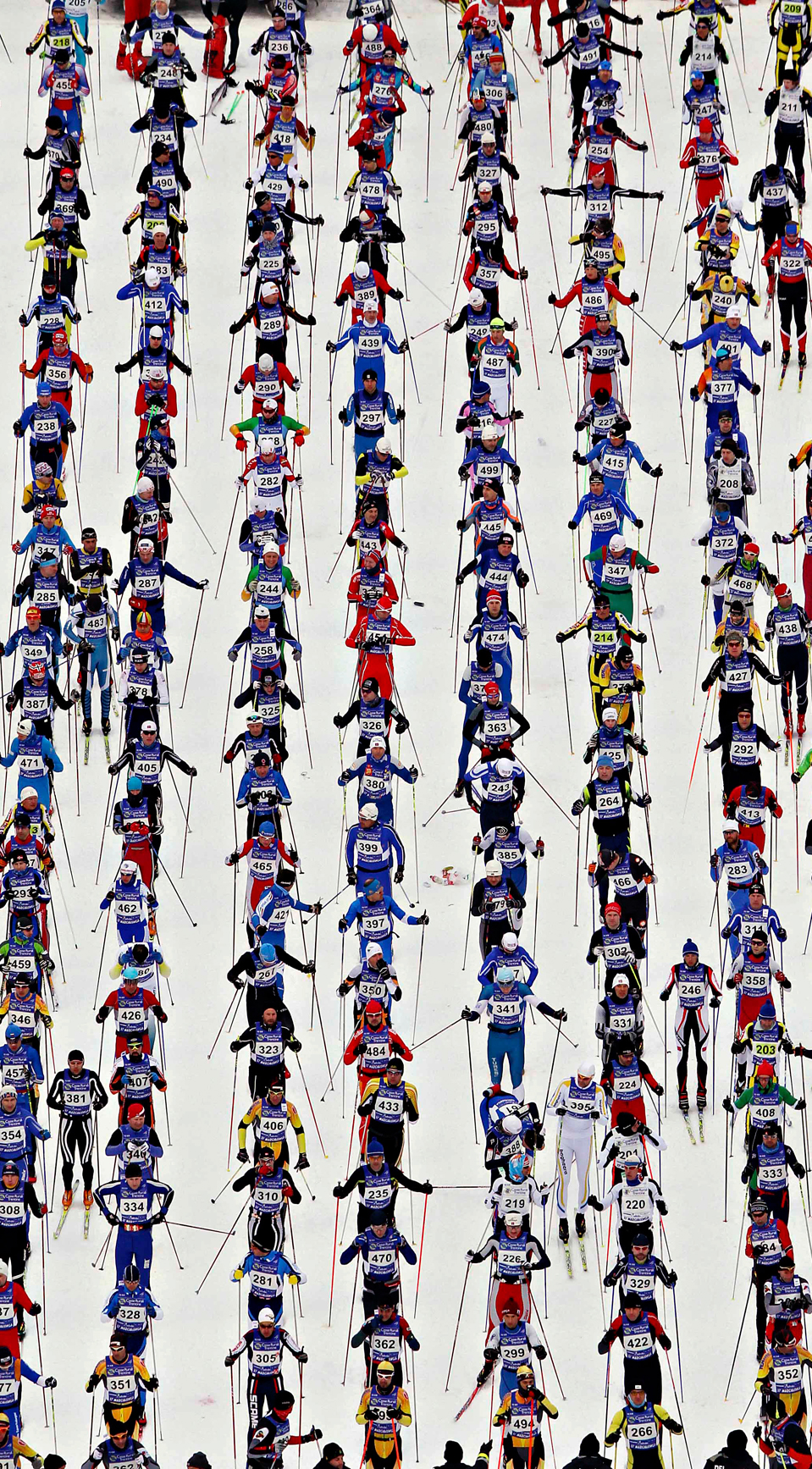 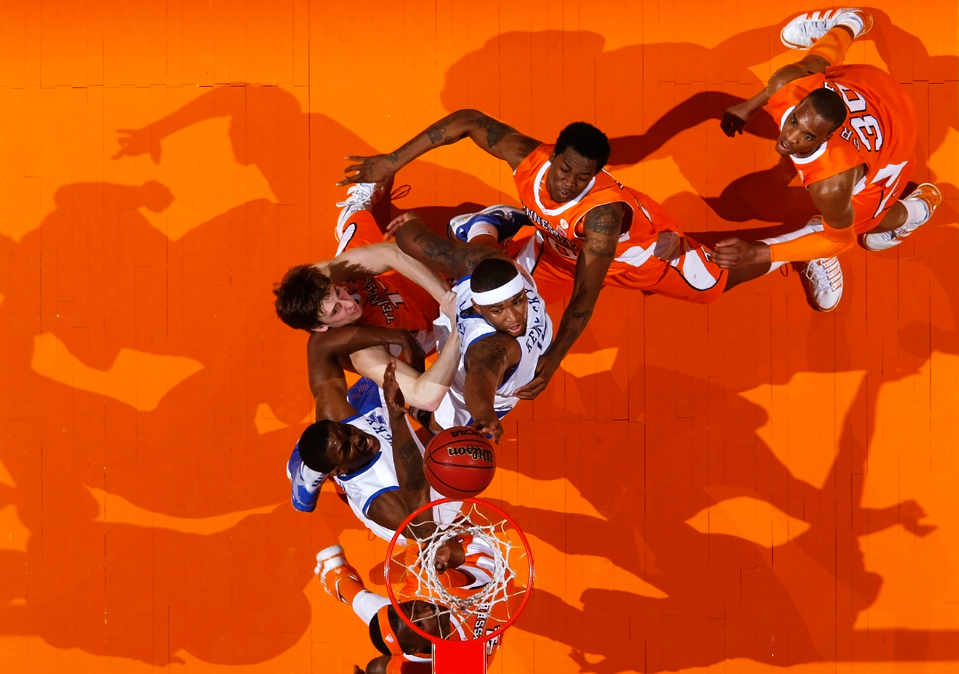 5
Players from the Kentucky Wildcats and the Tennessee Volunteers fight for a rebound during an NCAA basketball game at Thompson-Boling Arena February 27 in Knoxville, Tenn. (Joe Robbins/Getty Images) # 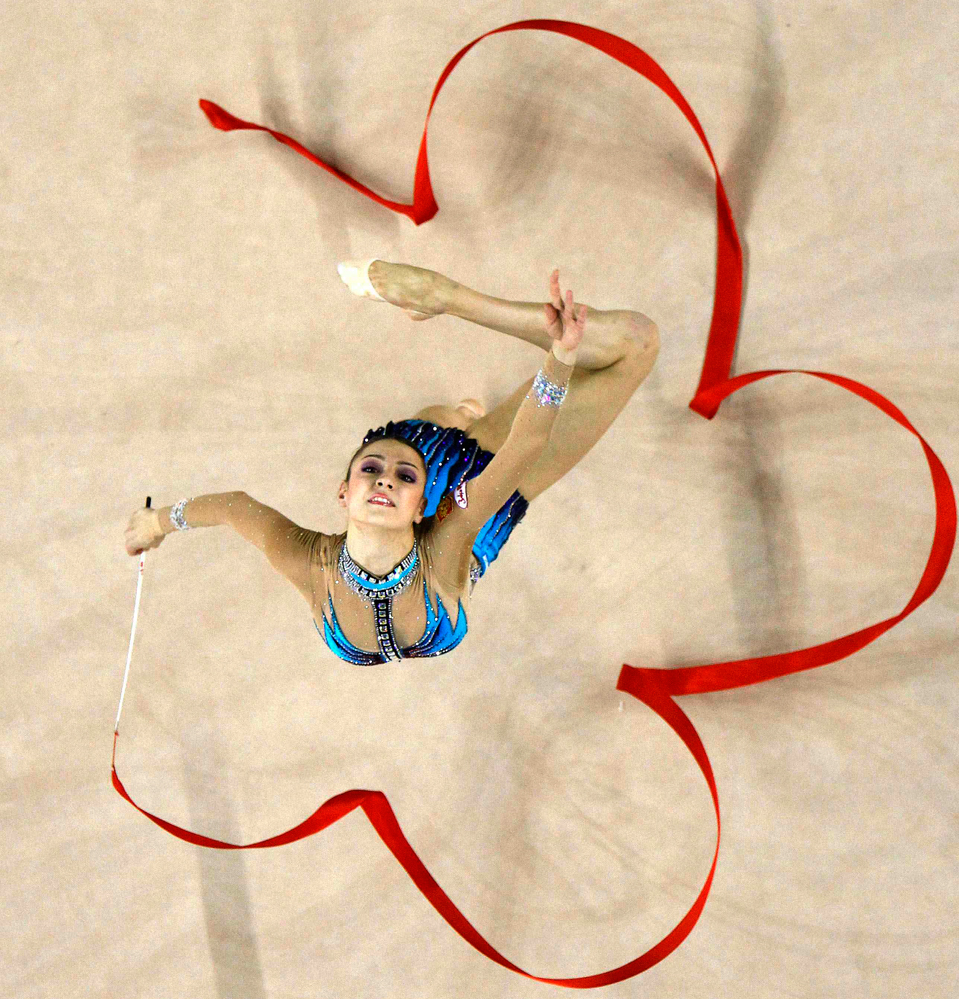 6
Evgenia Kanaeva of Russia performs with the ribbon during the Rhythmic Gymnastics World Cup in Debrecen, Hungary March 7. (REUTERS/Laszlo Balogh) # 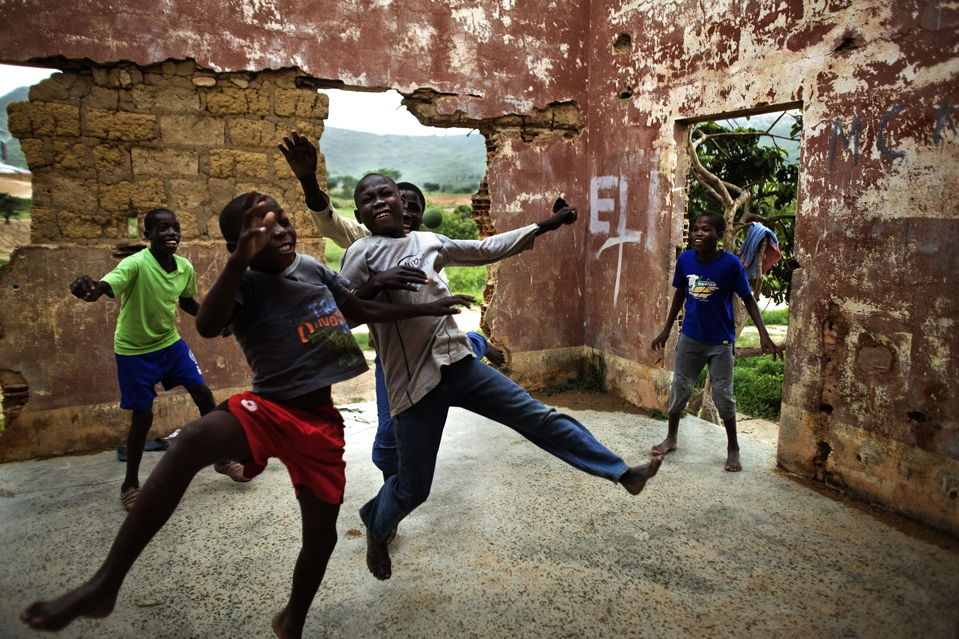 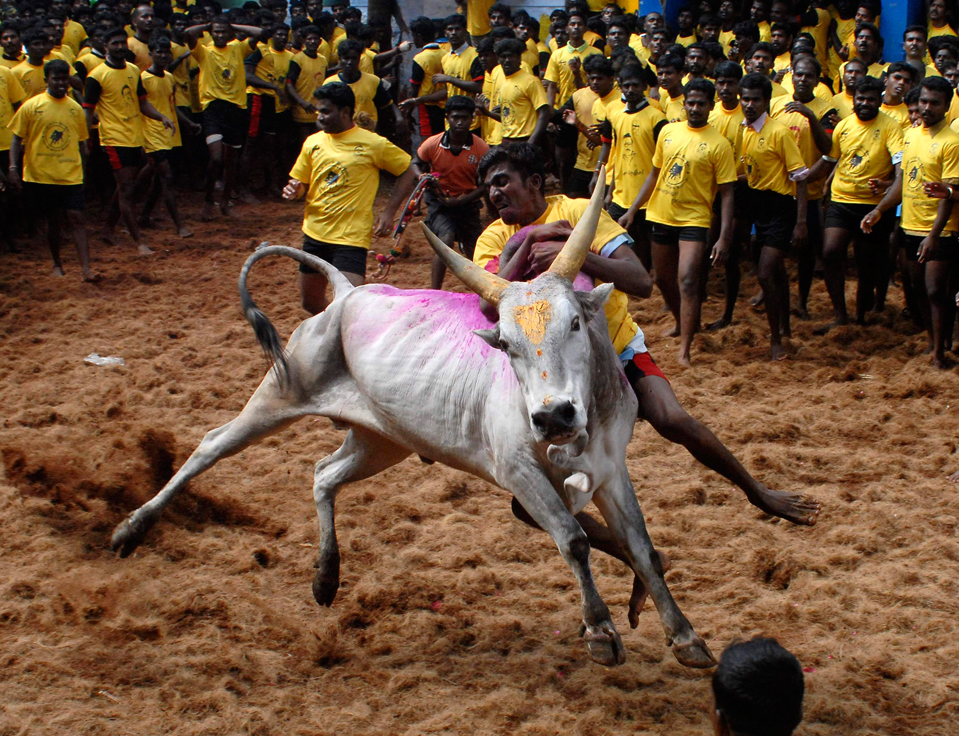 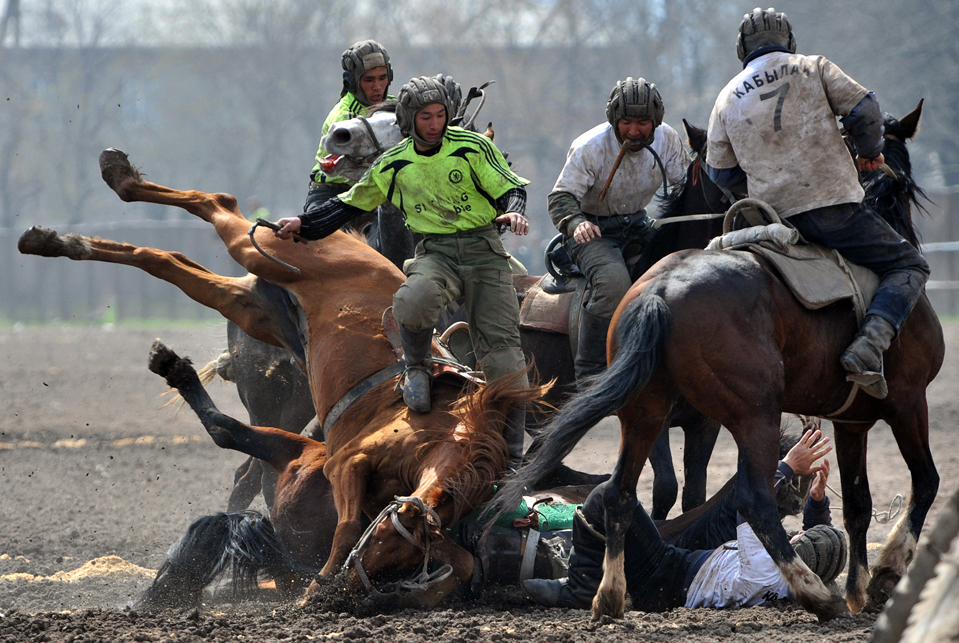 9
Mounted Kyrgyz men fall during a game of the traditional Central Asian sport Kok-Boru in Bishkek March 24 celebrating Kyrgyzstan's Revolution Day holiday. The riders compete to be first to throw a stuffed sheepskin into a well. (VYACHESLAV OSELEDKO/AFP/Getty Images) # 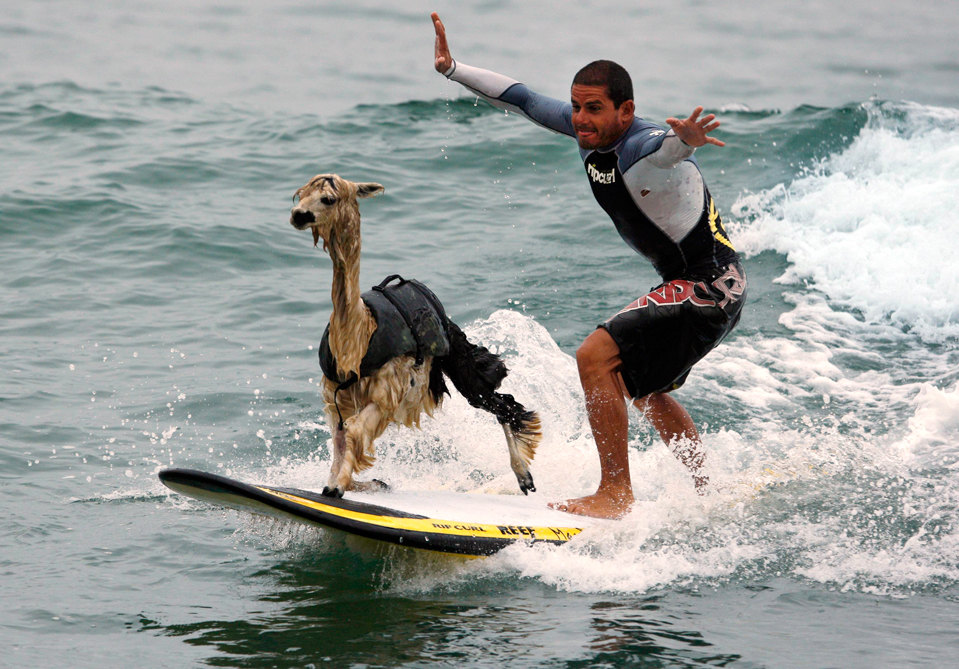 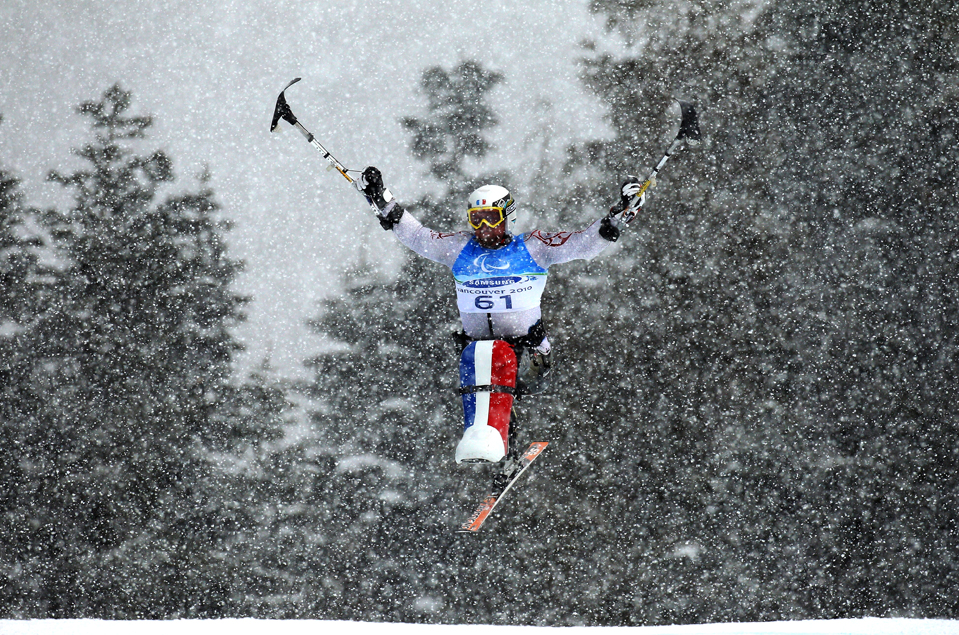 11
Yohann Taberlet of France practices during a training run for the men's downhill sitting prior to the 2010 Vancouver Winter Paralympics at Whistler Creekside March 10 in Whistler, Canada. (Quinn Rooney/Getty Images) # 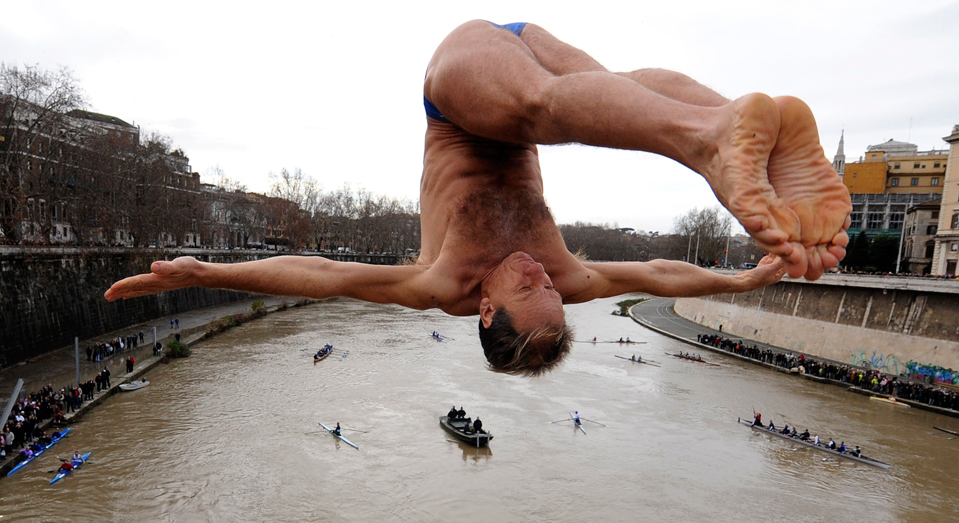 12
Marco Fois dives into the Tiber River as part of traditional New Year celebrations from one of Rome's many bridges January 1, continuing an annual tradition which dates back to 1946. (REUTERS/Tony Gentile) # 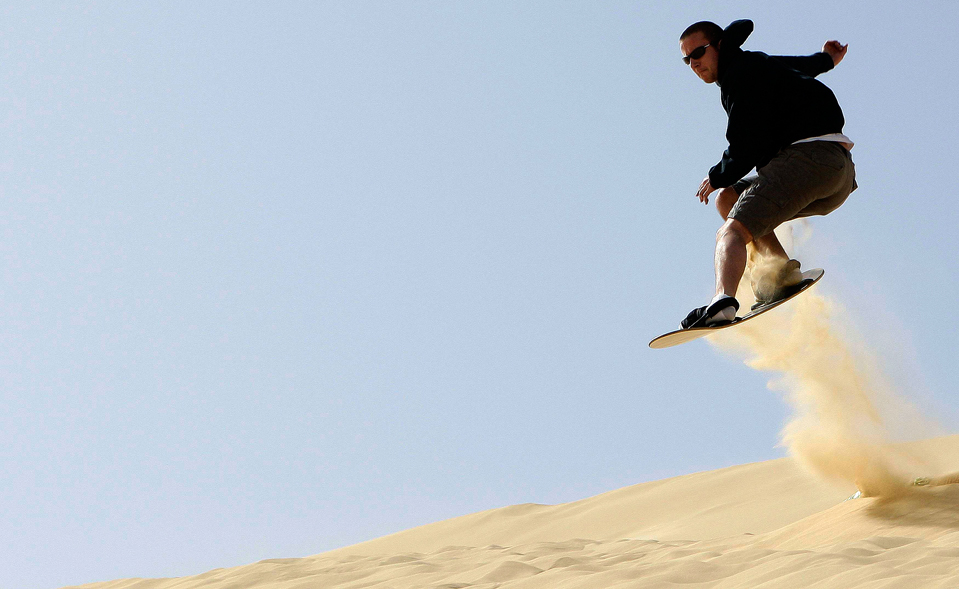 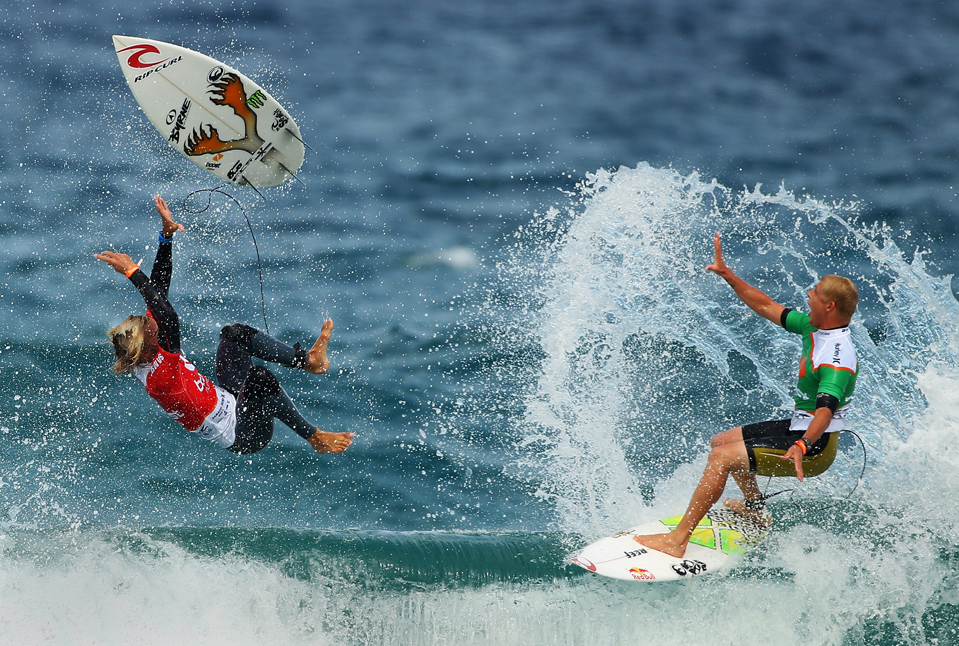 14
Owen Wright (left) avoids a collision with Mick Fanning during the final of the Bondi Beach SurfSho March 14 in Sydney. (Cameron Spencer/Getty Images) # 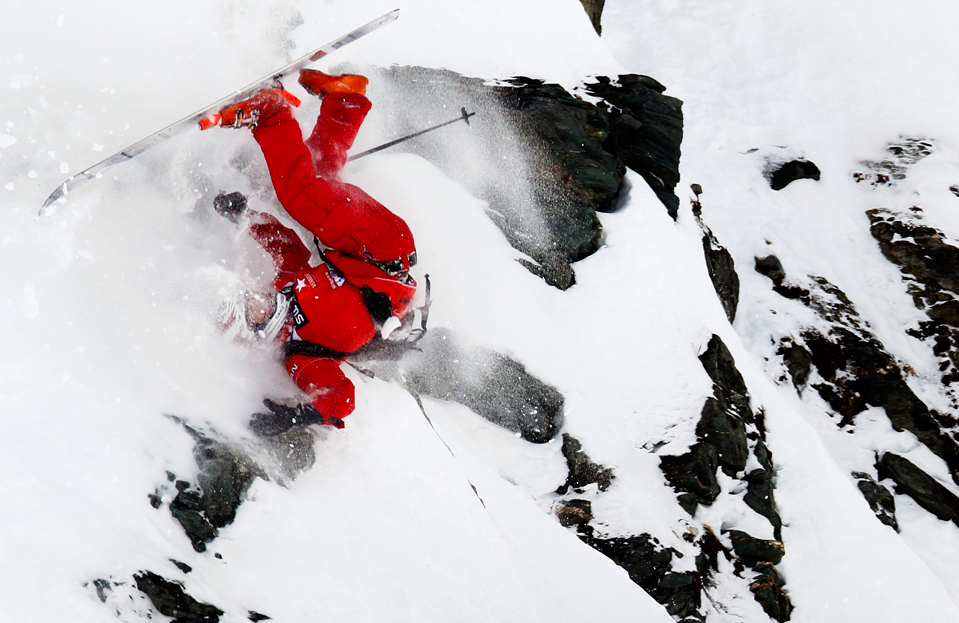 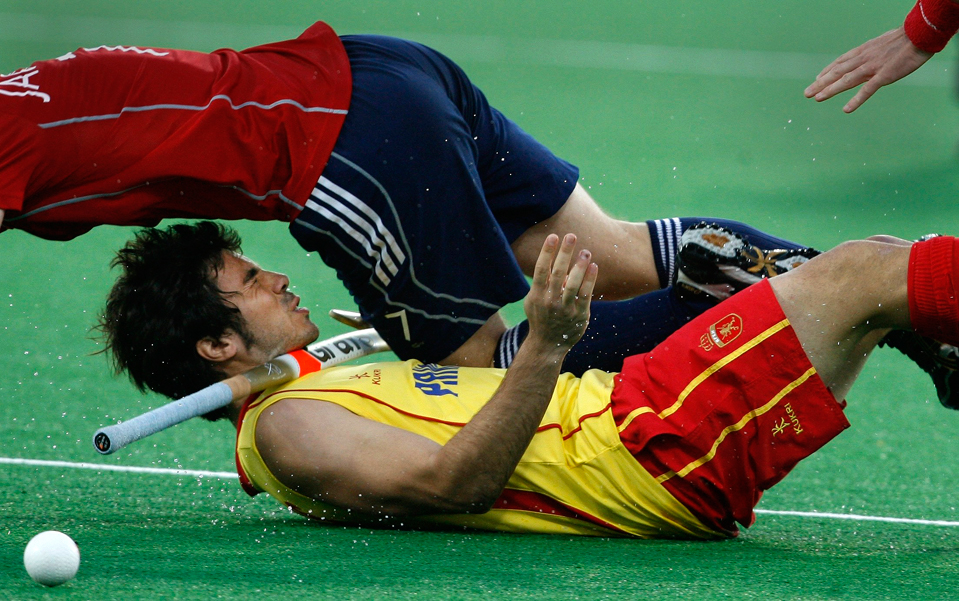 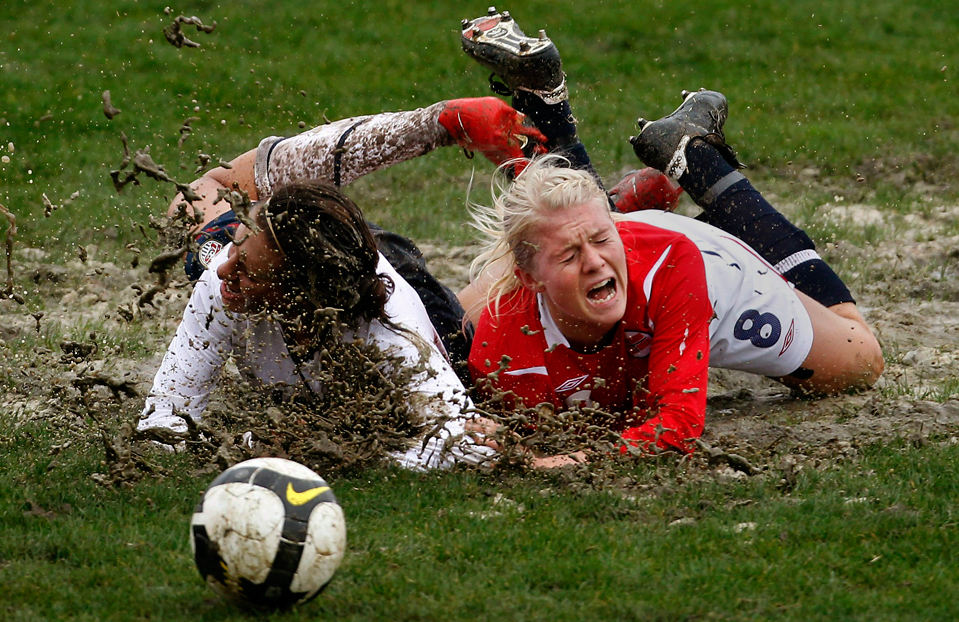 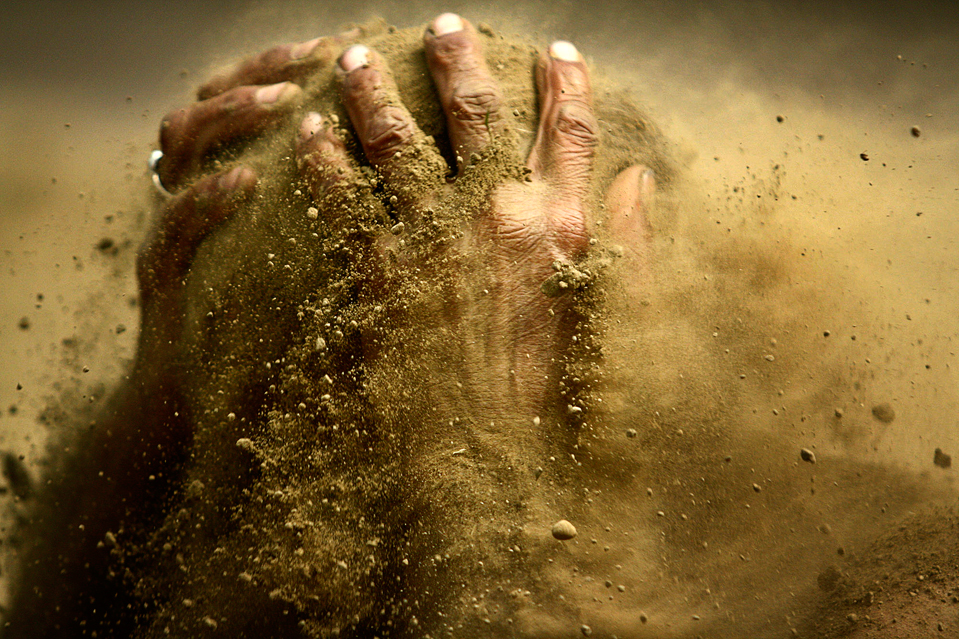 18
A traditional Indian wrestler smears dirt on himself during a practice session in Calcutta March 30. Hindus across the country are celebrating Hanuman Jayanti, the birth anniversary of Hindu God Hanuman, a day considered especially important for traditional wrestlers and bodybuilders. (AP Photo/Sucheta Das) # 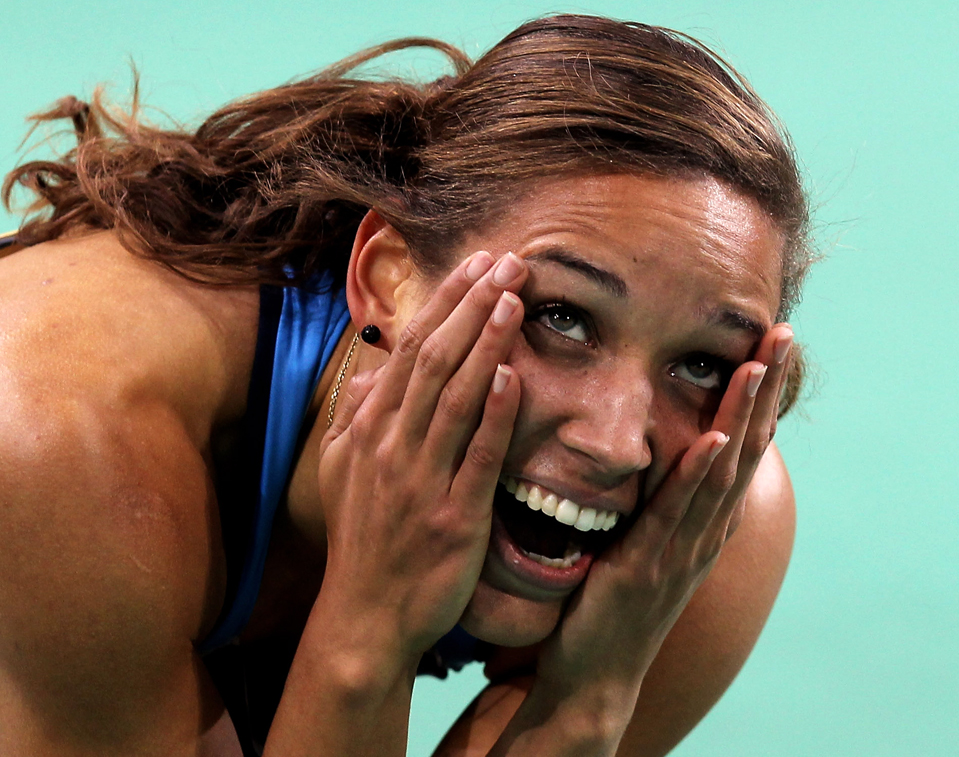 19
Lolo Jones of the US celebrates winning gold in the 60m hurdles final during the IAAF World Indoor Championships at the Aspire Dome March 13 in Doha, Qatar. (Ian Walton/Getty Images) # 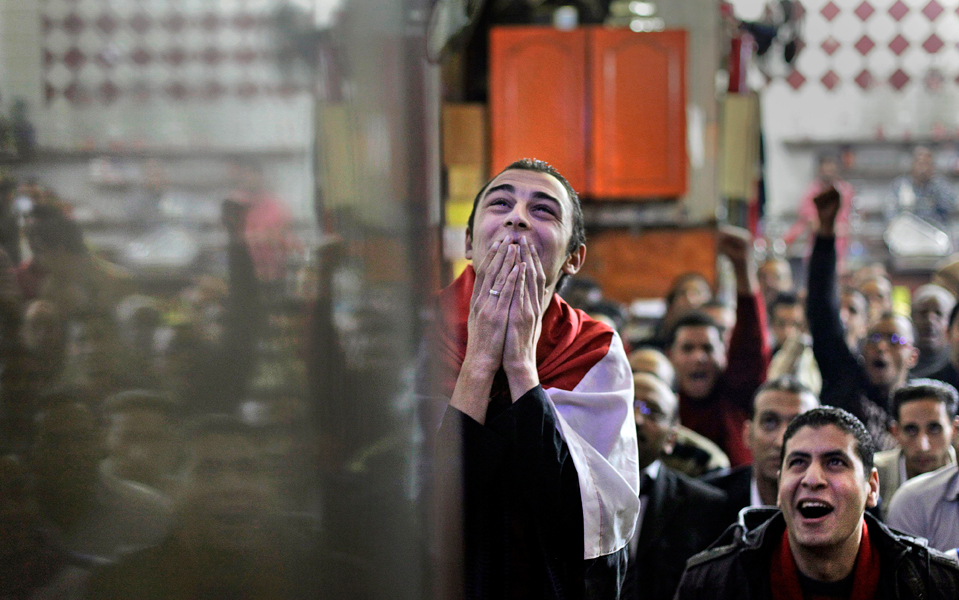 20
A fan watching on television in a coffee shop in Cairo reacts after Egypt beat Ghana in the African Cup of Nations soccer final in a match played in Luanda, Angola January 31. (AP Photo/Ben Curtis) # 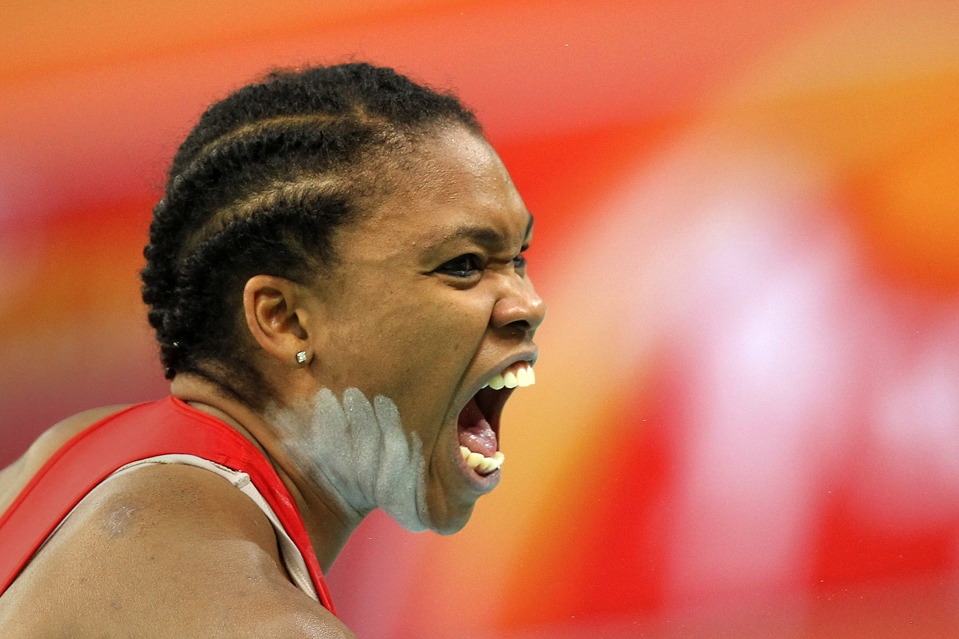 21
Trinidad and Tobago's Cleopatra Borel-Brown reacts as she competes in the shot put qualifying round at the IAAF World Indoor Athletics Championships in the Aspire Dome in Doha March 13. (VALERY HACHE/AFP/Getty Images) # 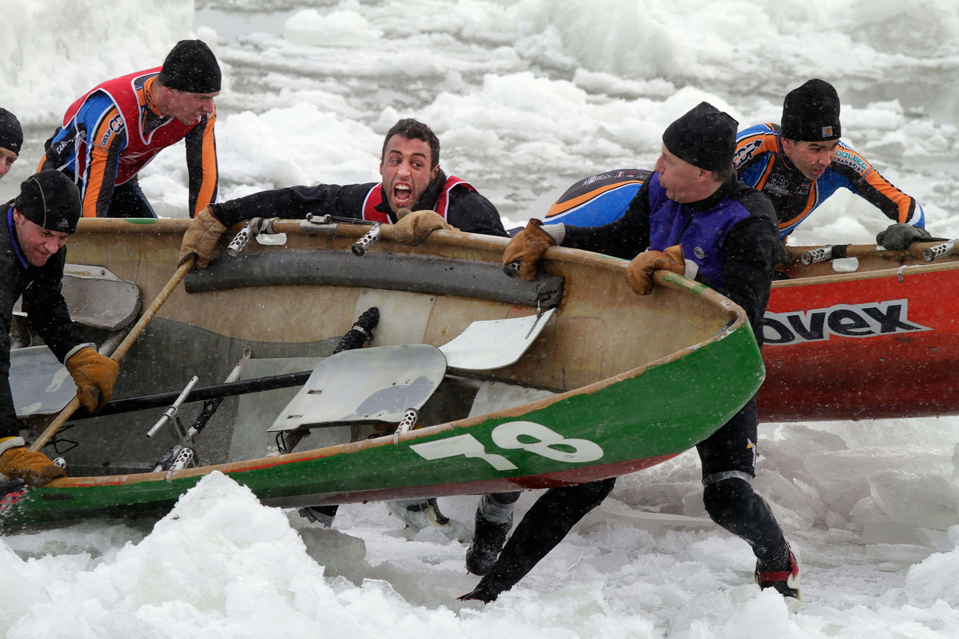 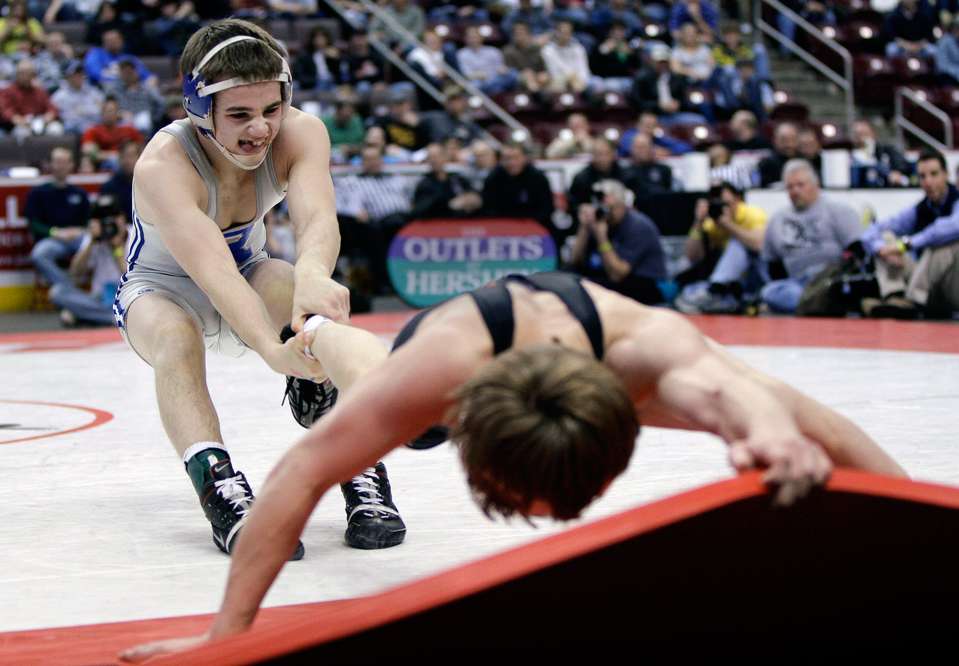 23
Michael Rhone of Benton High School grabs the corner of the mat as he is dragged back by Mason Beckman of Reynolds High School in their AA 119 lb. championship match March 13 in Hershey, Pa. at the PIAA High School Wrestling Championships. (AP Photo/Carolyn Kaster) # 25
Giniel De Villiers navigates a dune during the 8th stage of the Dakar 2010 between Antofagasta and Copiapo, Chile January 10. (NATACHA PISARENKO/AFP/Getty Images) #

outstanding...look forward to the remaining installments...

Posted by salvador lira gonzalez December 30, 10 12:21 AM
recent entries
Advertisement
(only click once)