This week Big Shots fights through the pain of "road rash" at the Tour of Spain cycling race, surfs the waves in Bali at the World Pro Junior Championships, and crashes a horse through a fence at the World Equestrian Games in Lexington, Ky. I look forward to a special post on baseball's post-season, and another on the Commonwealth Games, which just started in India. ( 31 photos total) 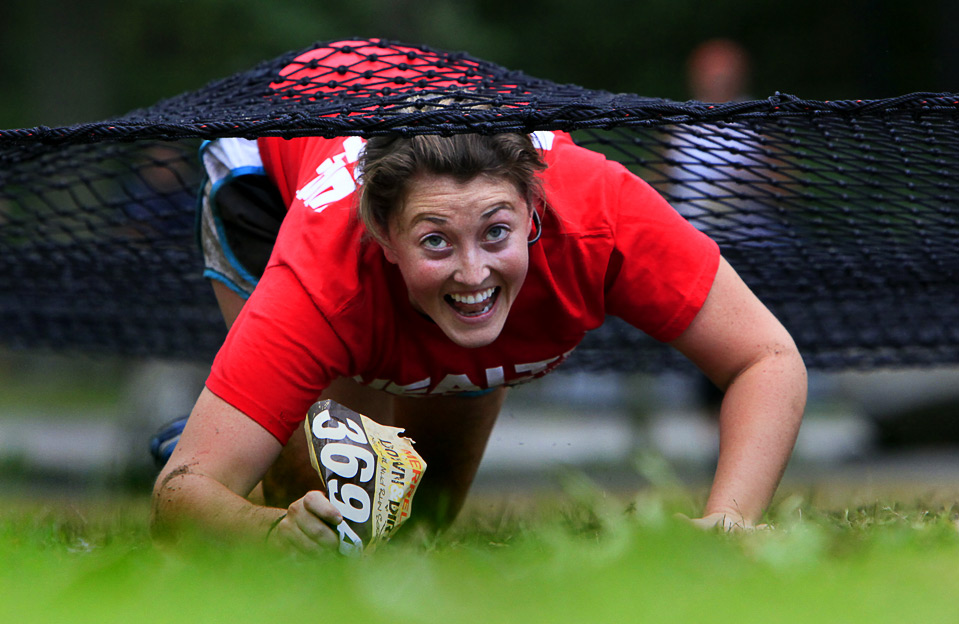 One of over 4000 competitors crawls under military obstacles at the Down and Dirty National Mud Run Series at Orchard Beach, NY October 3. (Nathan Bilow/AP Images for MESP) 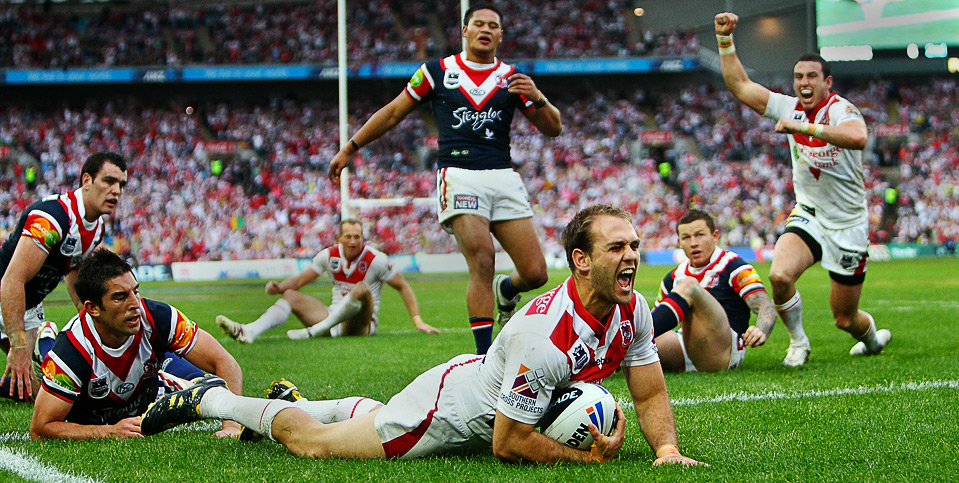 3
Jason Nightingale of the Dragons celebrates his try during the NRL Grand Final match between the St. George Illawarra Dragons and the Sydney Roosters at ANZ Stadium October 3 in Sydney. (Mark Nolan/Getty Images) # 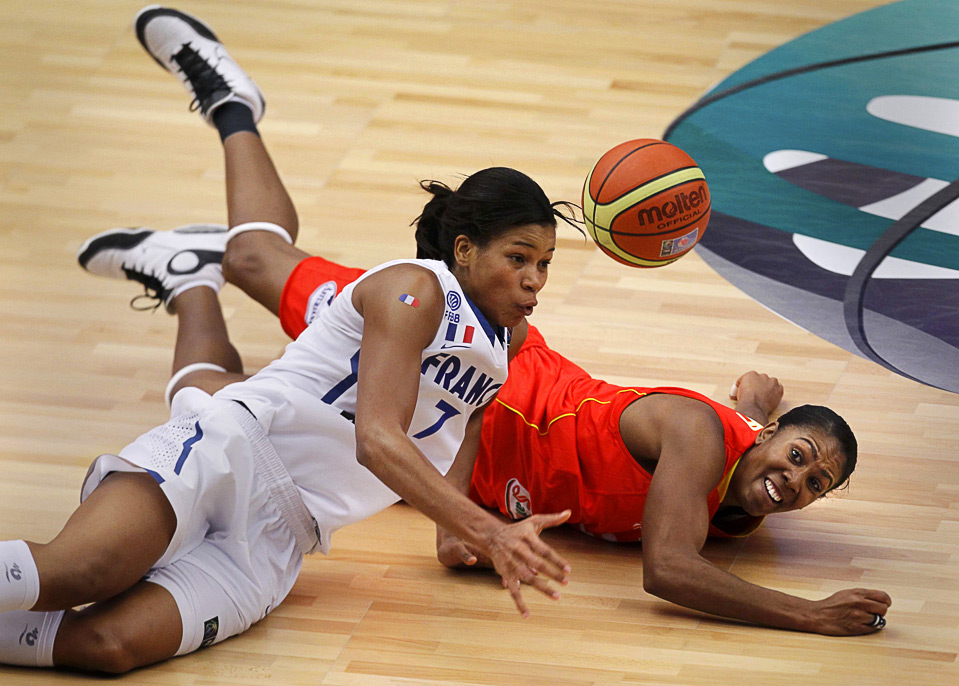 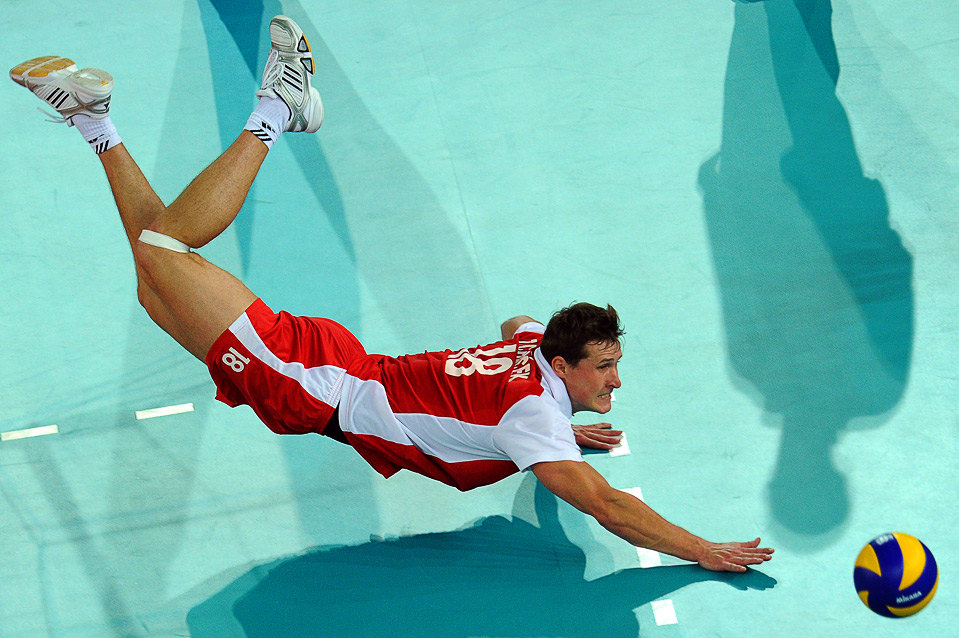 5
Czech Lukas Tichacek tries to save the ball during the Volleyball World Championships against Brazil October 4 at Palalottomatica in Rome. (ALBERTO PIZZOLI/AFP/Getty Images) # 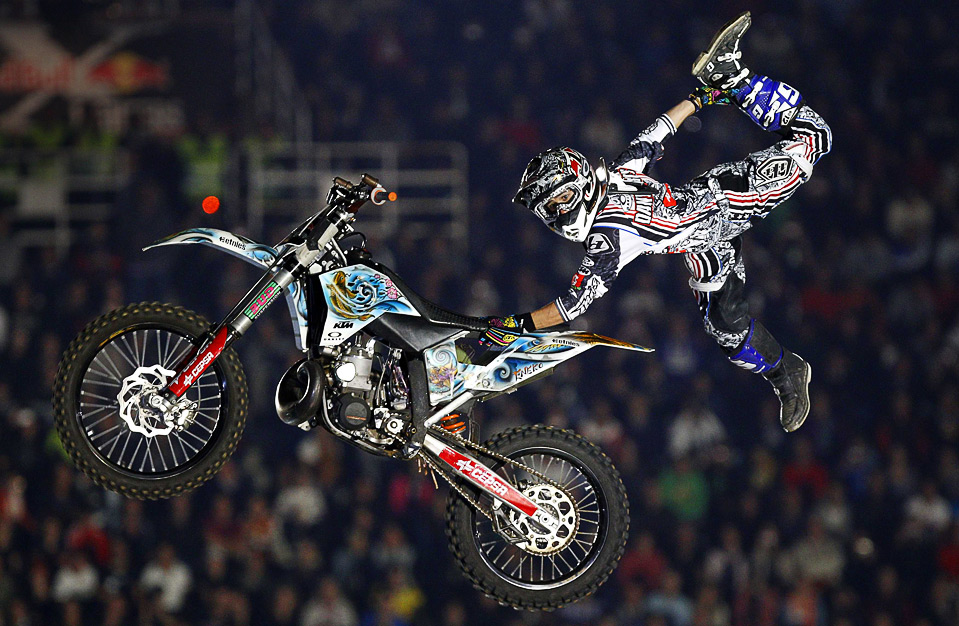 6
Dany Torres performs on his way to win the finals of a freestyle motorcross event in Rome October 2. (REUTERS/Max Rossi) # 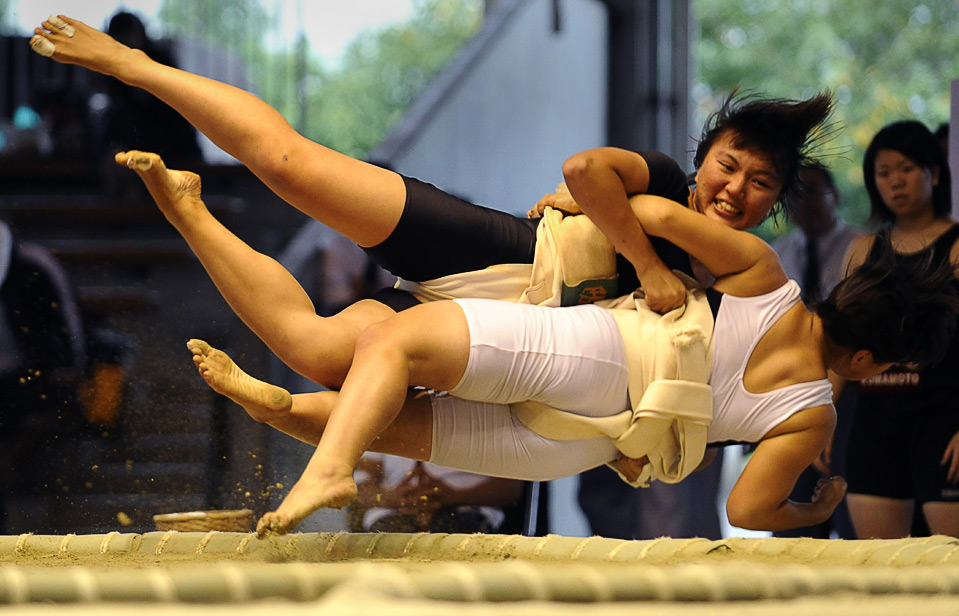 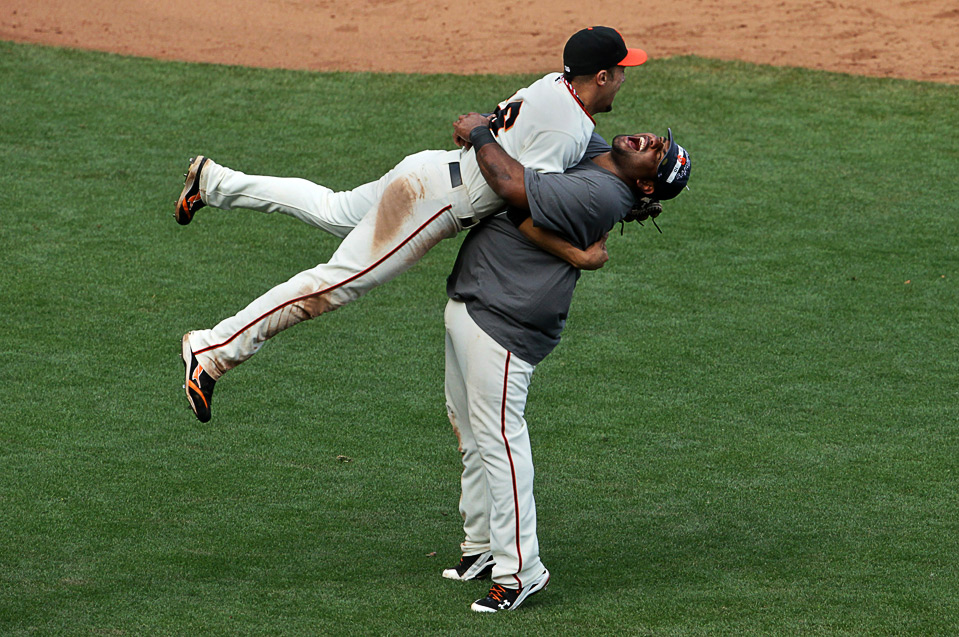 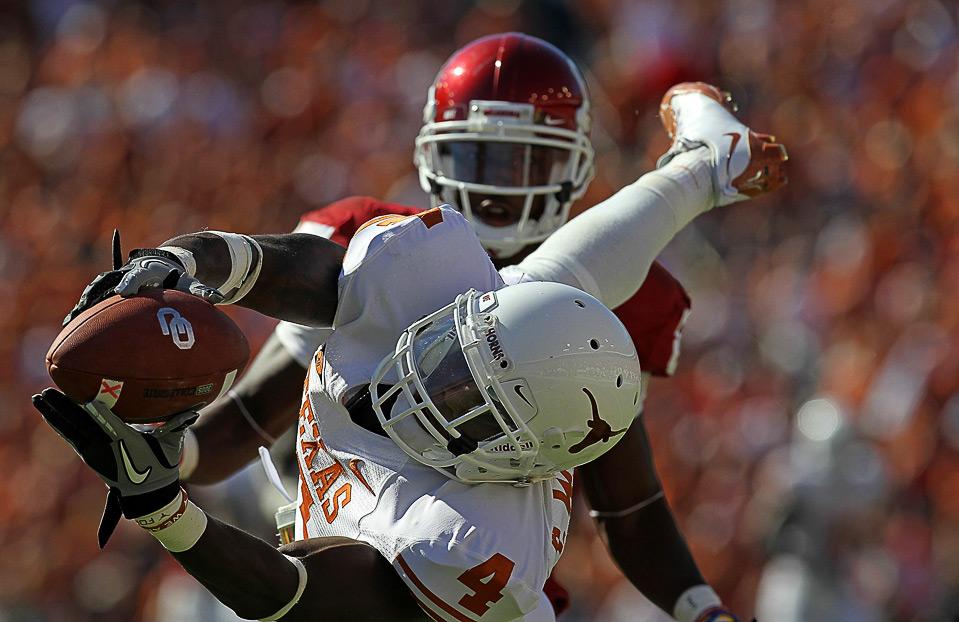 9
Aaron Williams of the Texas Longhorns drops a pass intended for Ryan Broyles of the Oklahoma Sooners during an NCAA college football game at the Cotton Bowl October 2. (Ronald Martinez/Getty Images) # 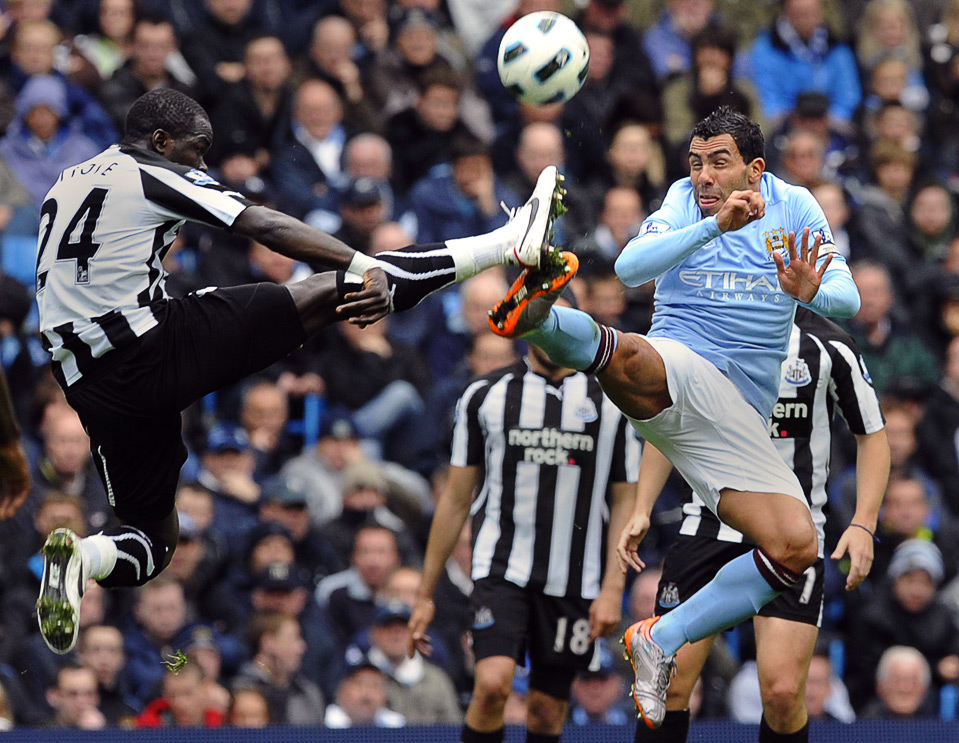 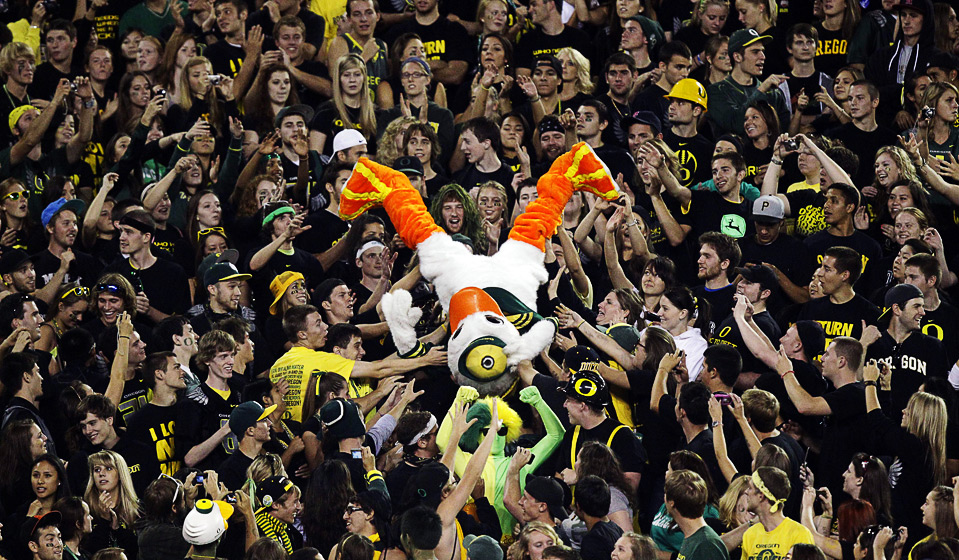 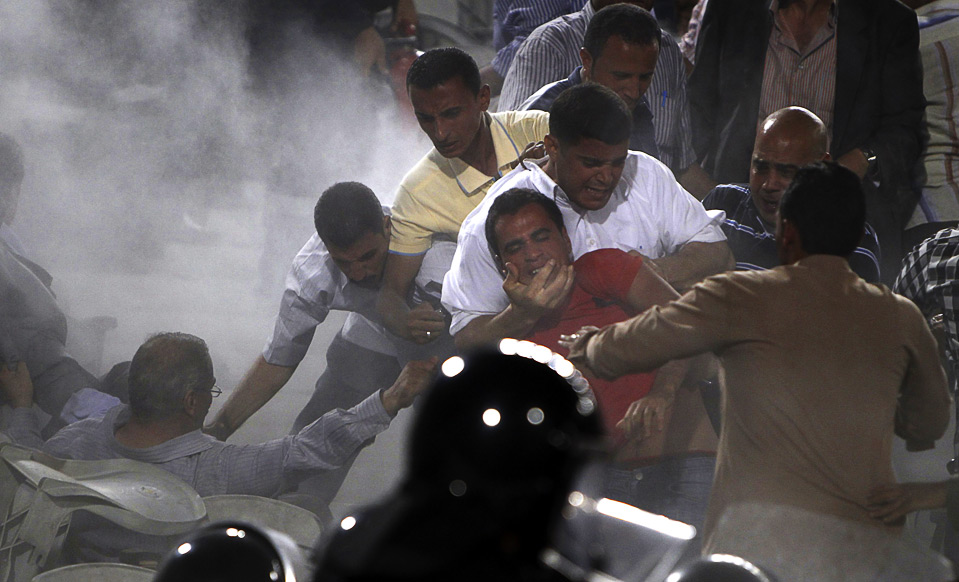 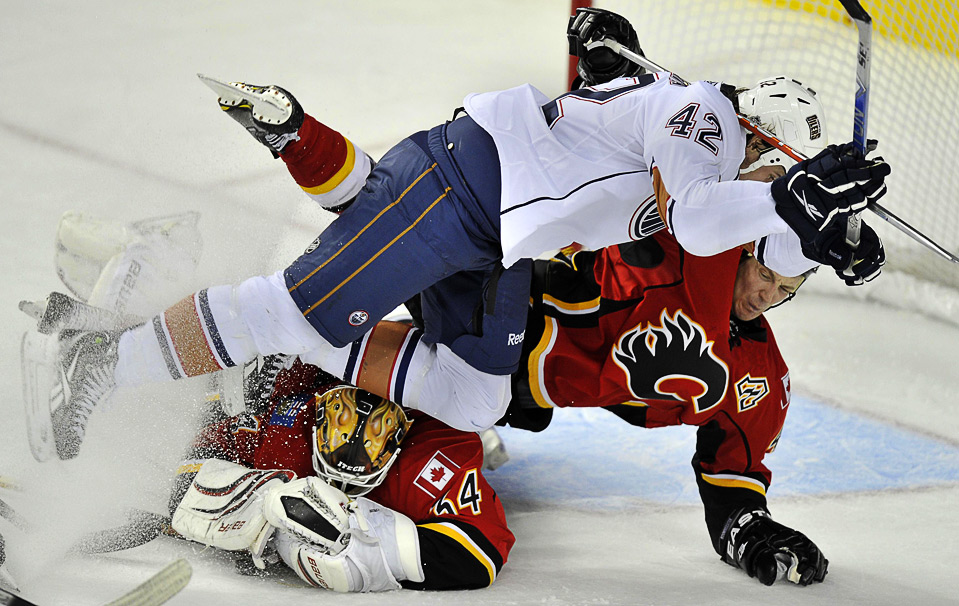 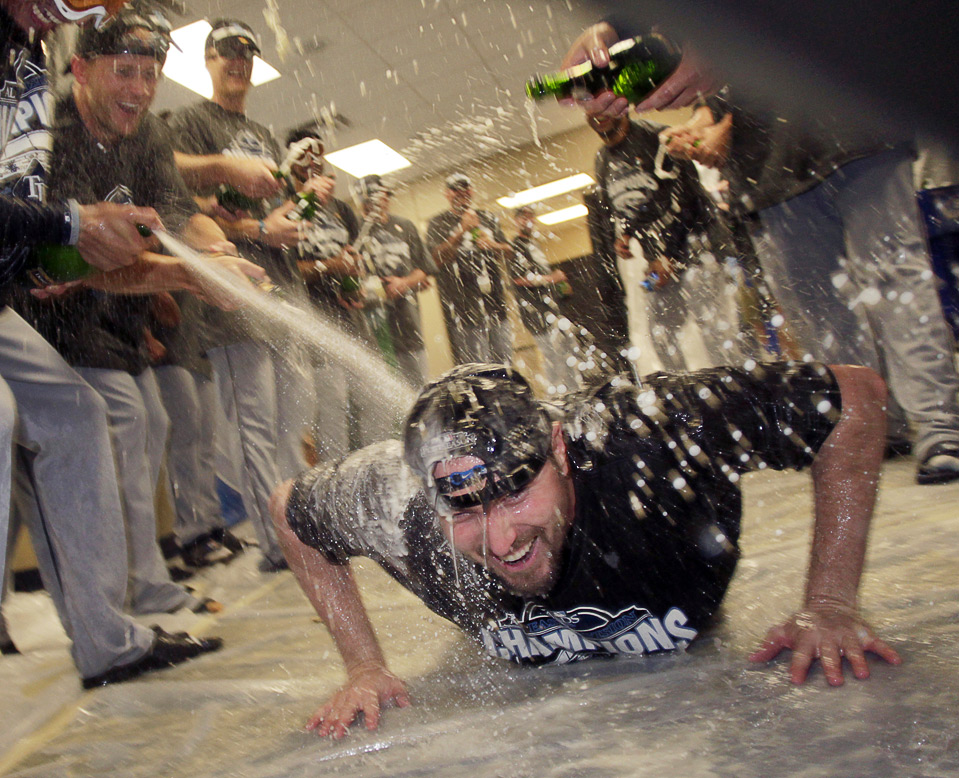 14
The Tampa Bay Rays' Chad Qualls slides on the clubhouse floor as he is doused with champagne after winning the American League East championship October 3 in Kansas City, Mo. (AP Photo/Charlie Riedel) # 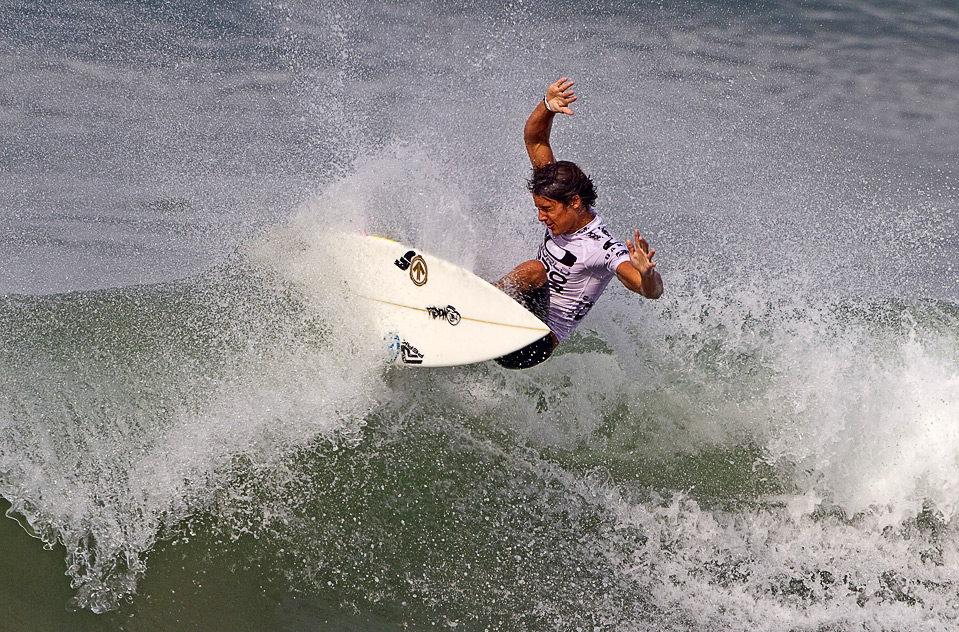 16
Michael Matthews of Australia celebrates as he crosses the line to win the Under 23 road race at the UCI Road World Championships October 1 in Geelong, Australia. (Quinn Rooney/Getty Images) # 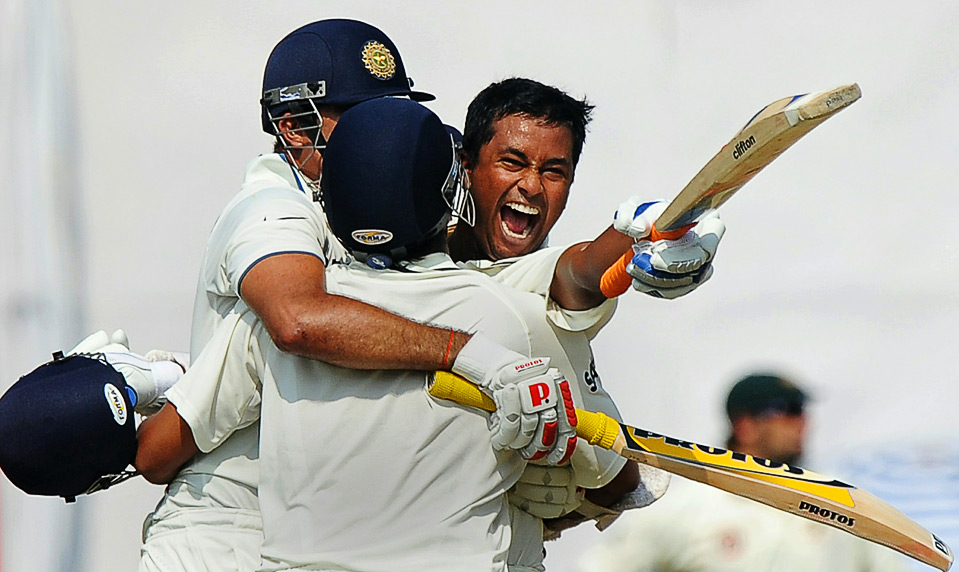 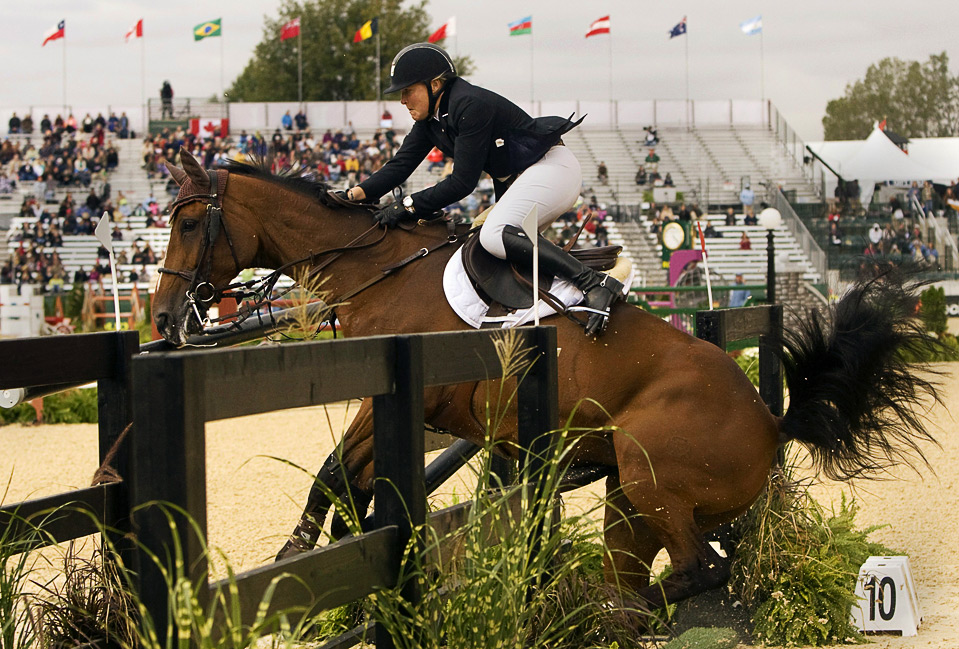 19
Nina Fagerstrom of Finland, riding Wivina, crashes into a jump while competing in the speed competition of the World Jumping Championship at the World Equestrian Games in Lexington, Kentucky October 4. (REUTERS/Caren Firouz) # 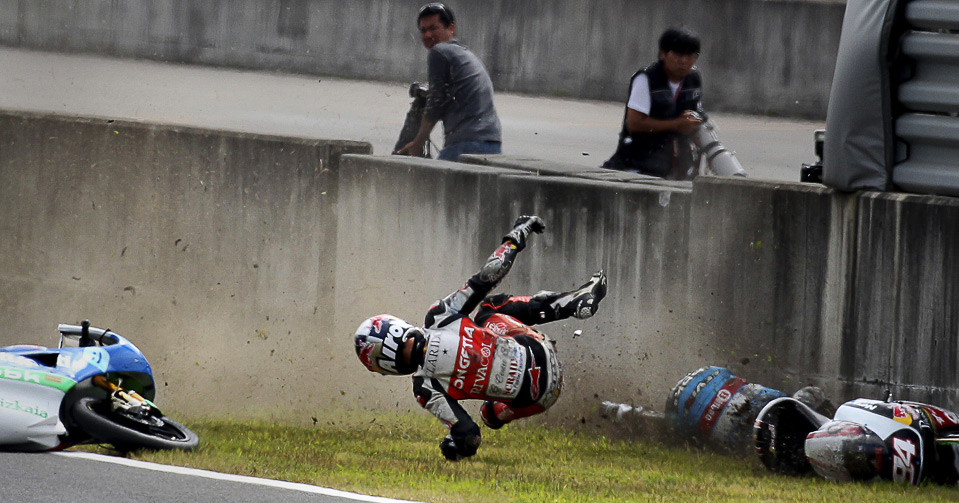 20
Jonas Folger (center) loses his motorcycle as he crashes with Efren Vazquez following a collision with another rider during the Japanese Motorcycling Grand Prix at the Twin Ring Motegi circuit north of Tokyo October 3. Neither rider was seriously injured in the crash. (AP Photo/Shuji Kajiyama) # 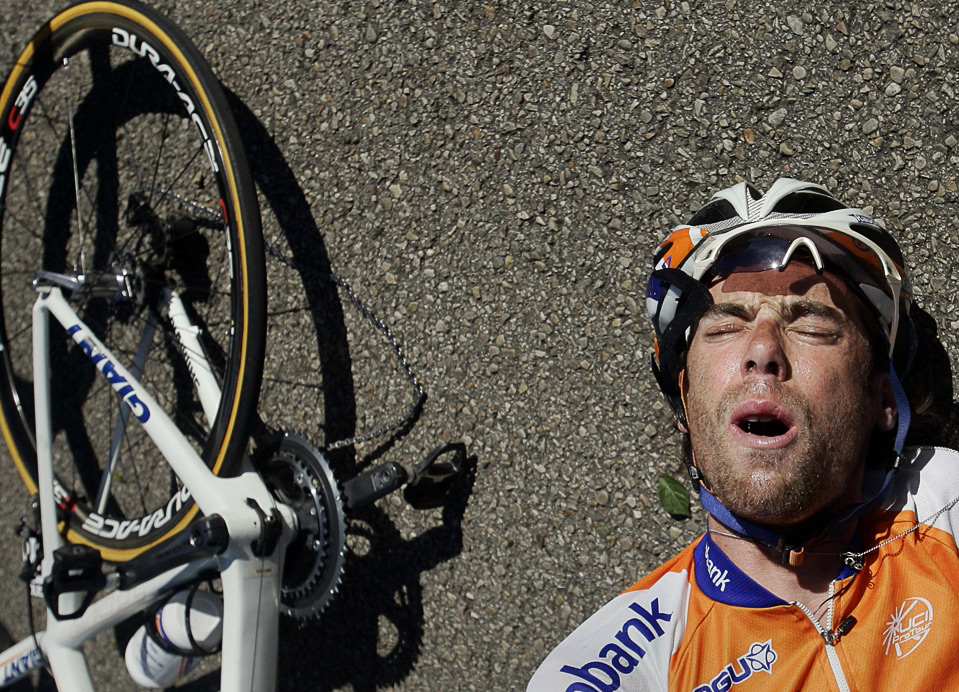 21
Laurens Ten Dam grimaces after falling during the 16th stage of the Tour of Spain "La Vuelta" cycling race between Gijon and Cotobello September 13. (REUTERS/Miguel Vidal) # 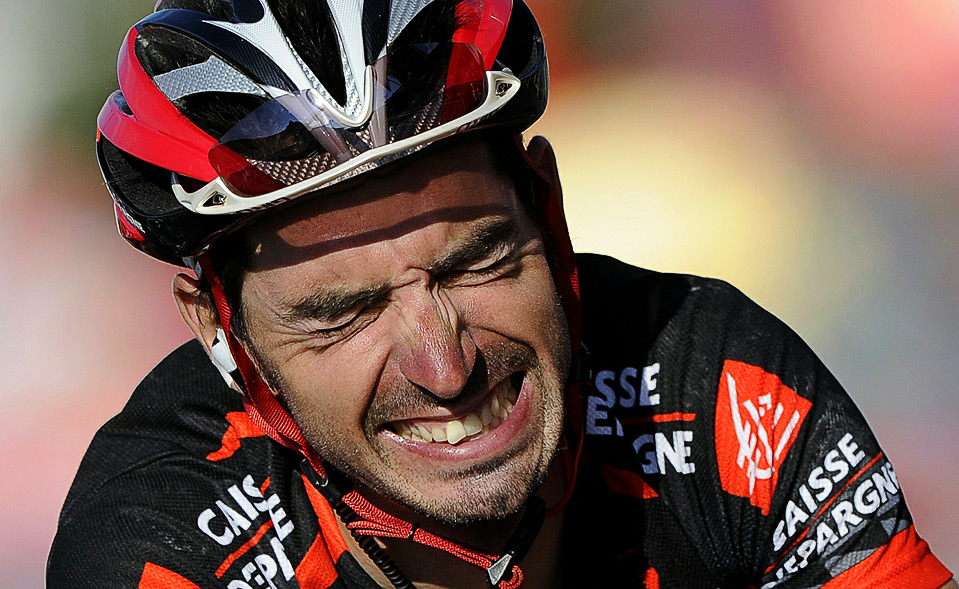 22
David Lopez celebrates as he crosses the finish line of the ninth stage of the Tour of Spain "La Vuelta" cycling race in Alcoy, Spain September 5. (JOSE JORDAN/AFP/Getty Images) # 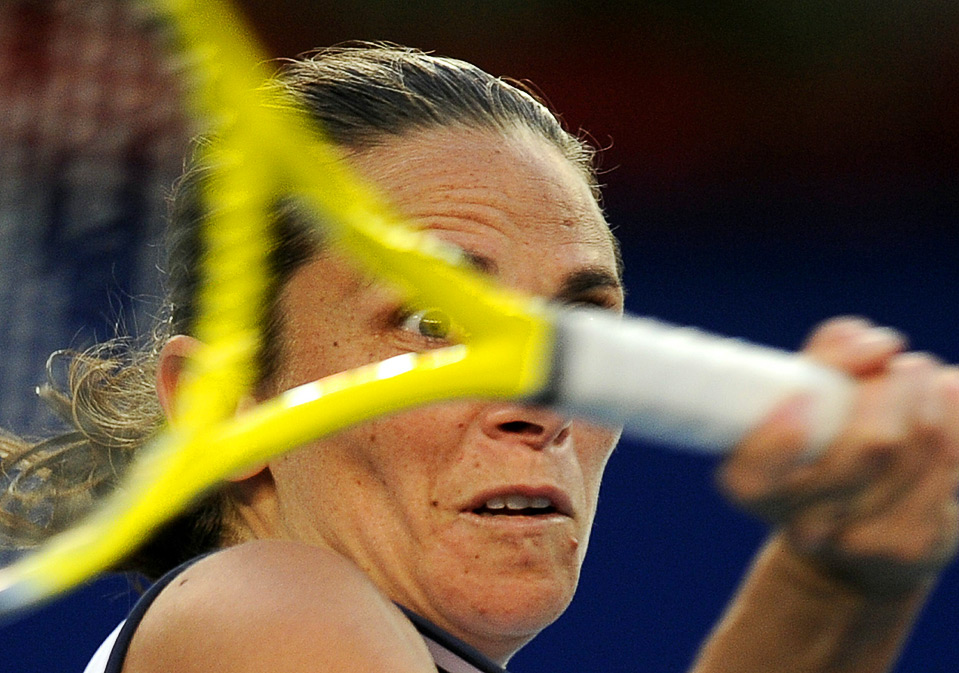 23
Roberta Vinci returns a shot against Svetlana Kuznetsova during their first round match in the China Open tennis tournament at the National Tennis Center in Beijing October 3. (LIU JIN/AFP/Getty Images) # 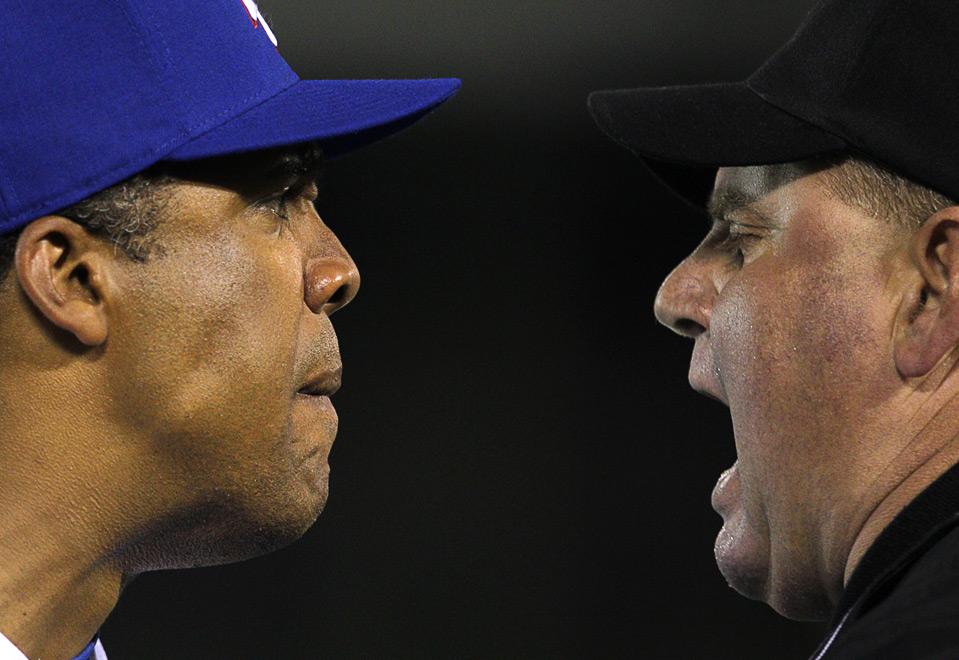 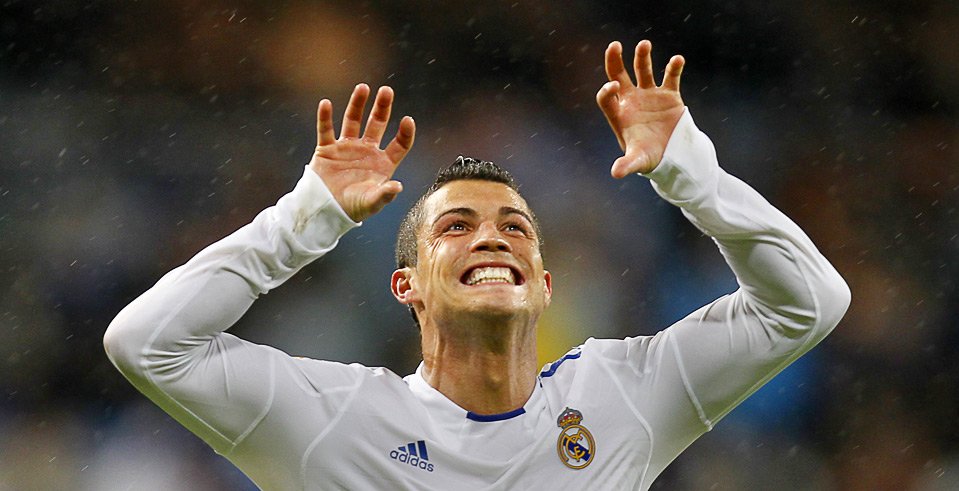 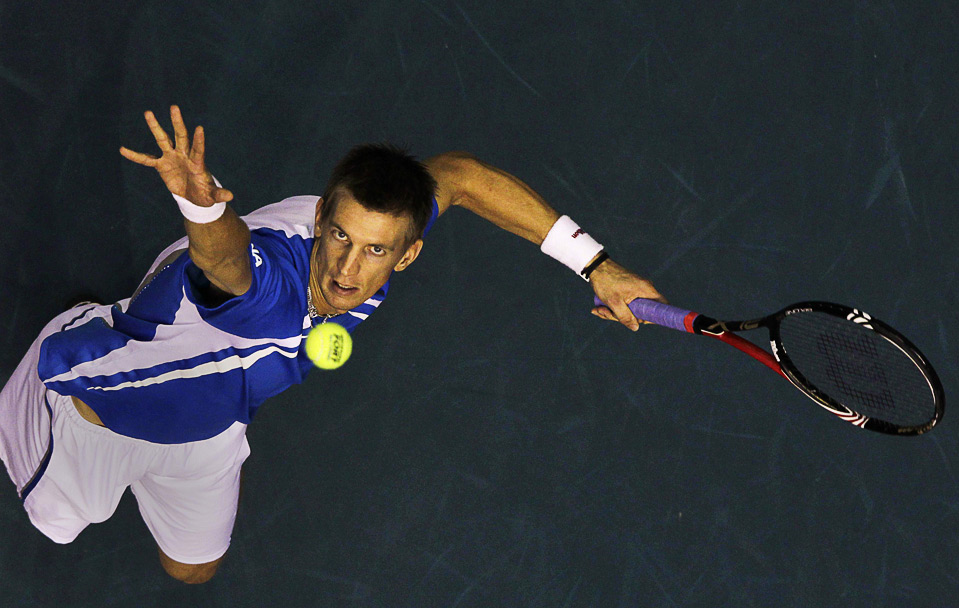 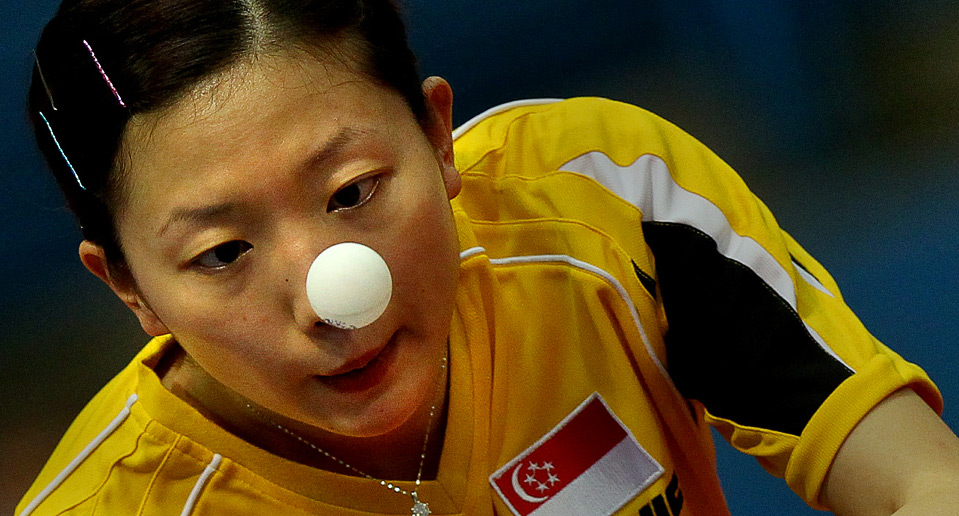 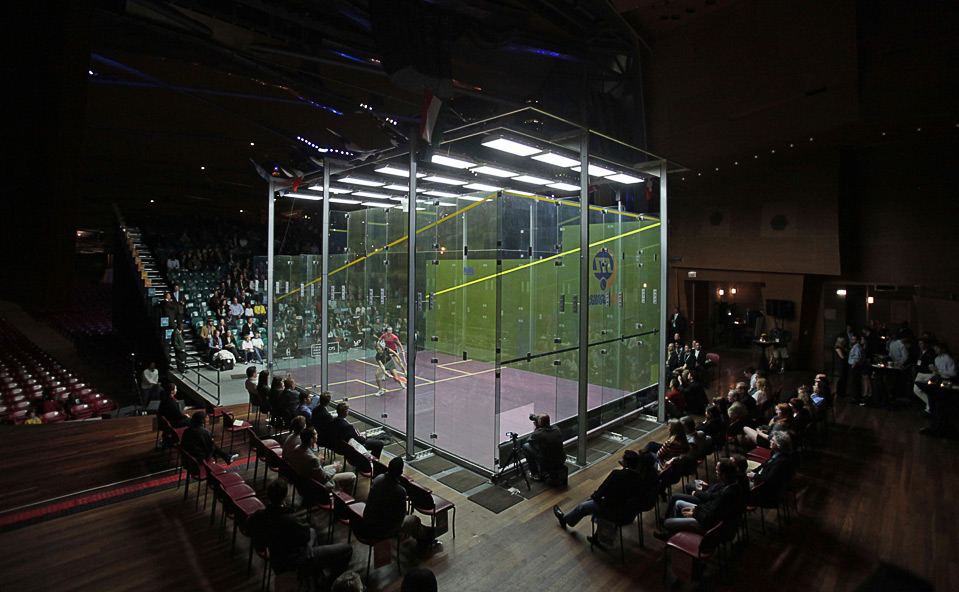 28
Manuela Manetta and Amanda Sobhy play during the semifinals of the MetroSquash US Open squash tournament in the Pritzker pavilion at Millennium Park October 1 in Chicago. (AP Photo/Kiichiro Sato) # 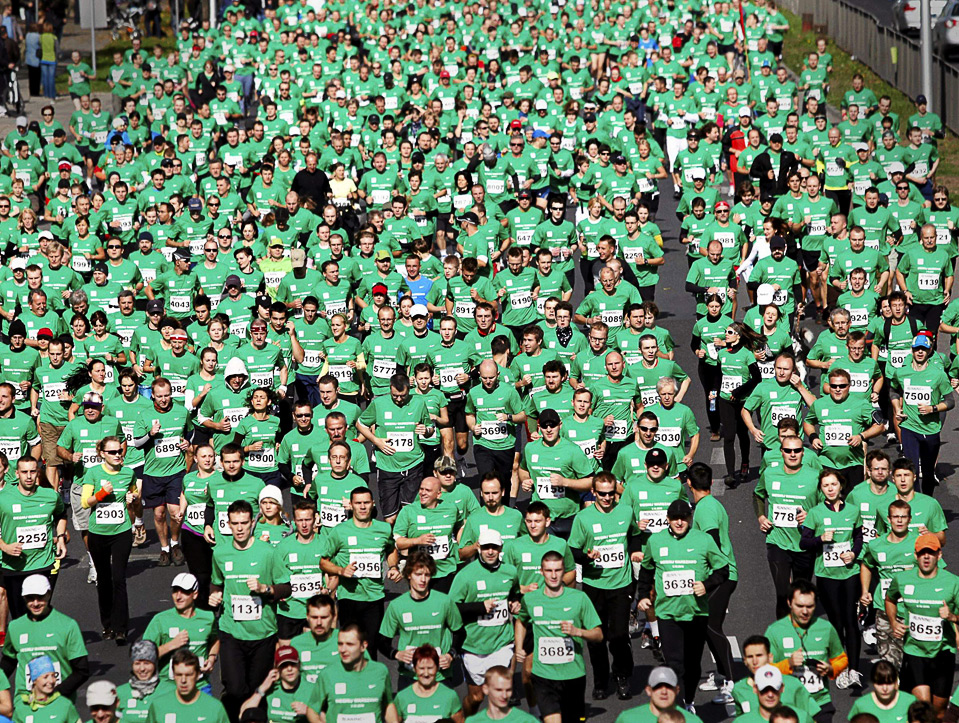 29
Thousands of people run through the streets of Warsaw during the yearly "Warsaw Run" October 3. The guy in green won. (REUTERS/Agencja Gazeta/Franciszek Mazur) # 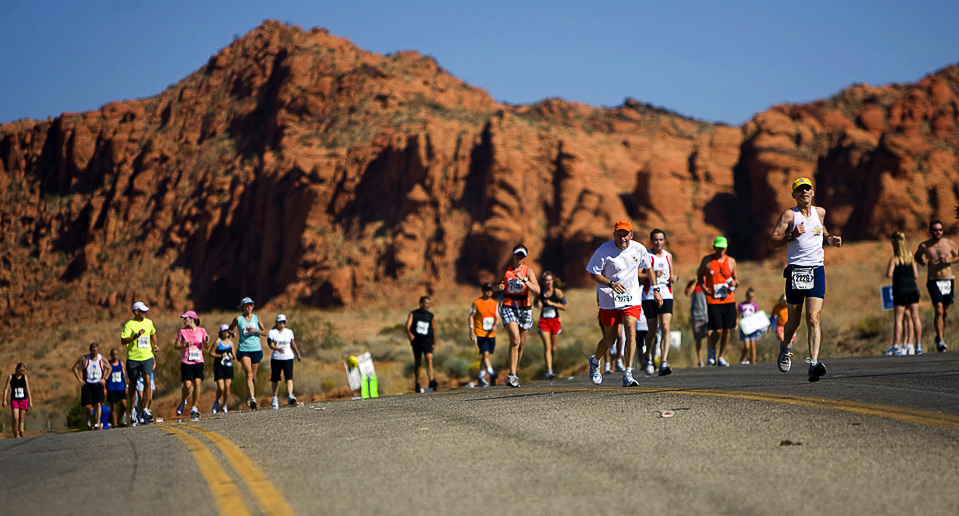 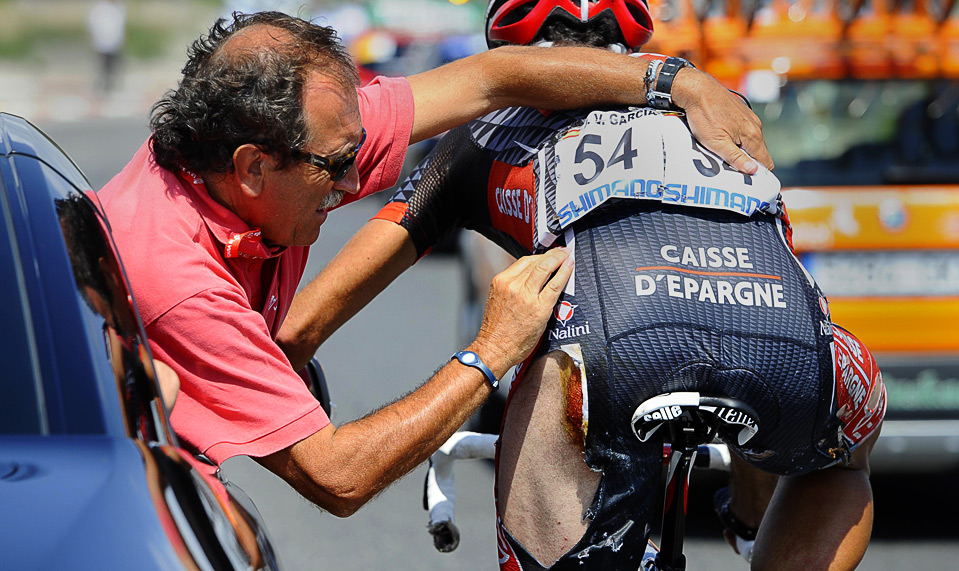 31
Chente Garcia Acosta receives medical attention as he cycles during the tenth stage of the Tour of Spain "La Vuelta" cycling race between Tarragona and Vilanova i la Geltru September 7. (REUTERS/Felix Ordonez #

The guy in green won! Hilarious.

exellent, as always. thank you very much.

exellent, as always. thank you very much.

Posted by spaceman spiff October 8, 10 03:19 AM
recent entries
Advertisement
(only click once)