This week in Big Shots we learn that lizards are big motorsports fans, that cheerleaders kiss hogs, and that cricketers break windows. Who knew? We also witness the European water polo championships, windsurfing in Denmark, boxing in India, and so much more. There will be no Big Shots posts next week while I'm on vacation. ( 28 photos total) 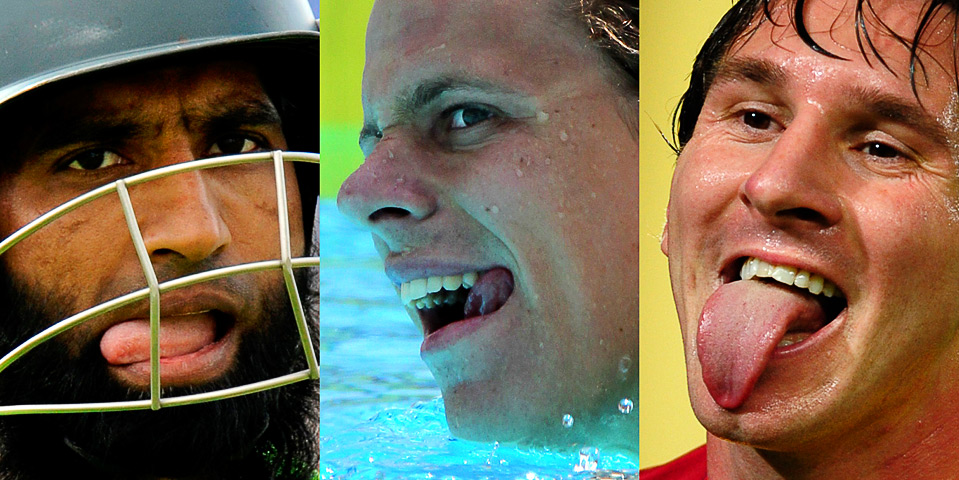 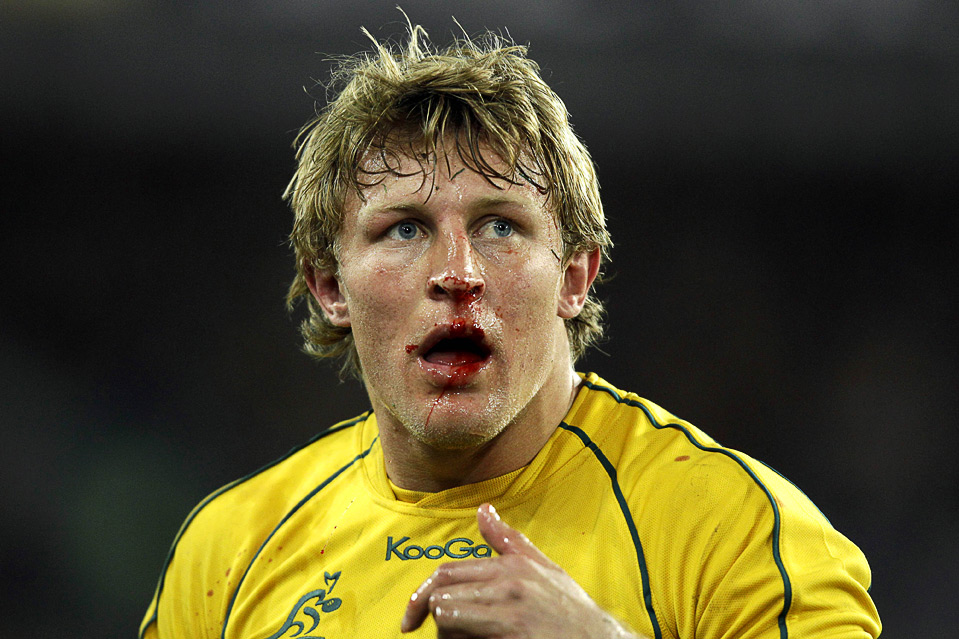 2
Australia's Lachie Turner bleeds from the nose during the Tri-Nations rugby union match against New Zealand at the Olympic Stadium in Sydney September 11. (AP Photo/Rick Rycroft) # 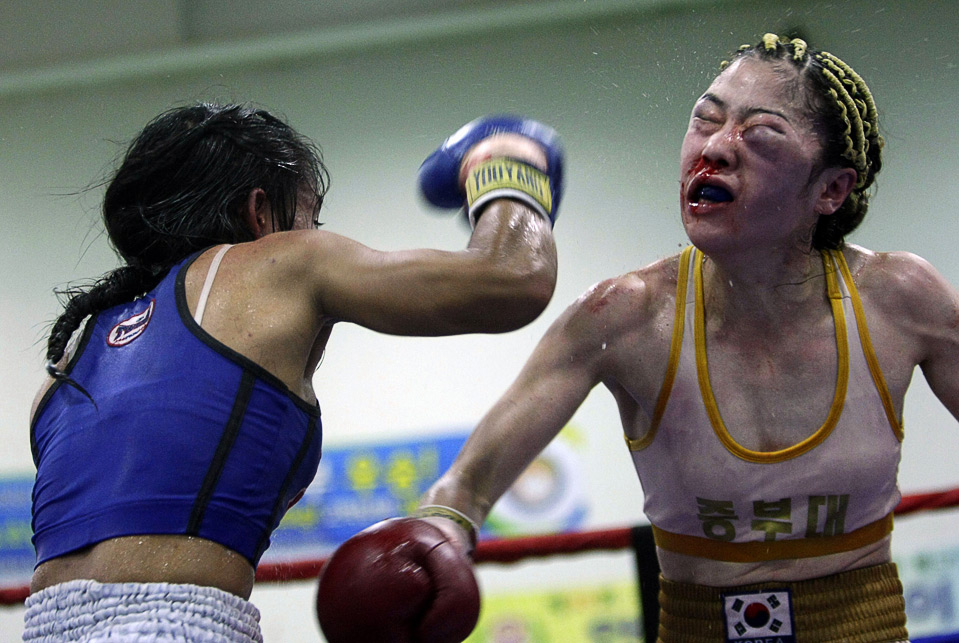 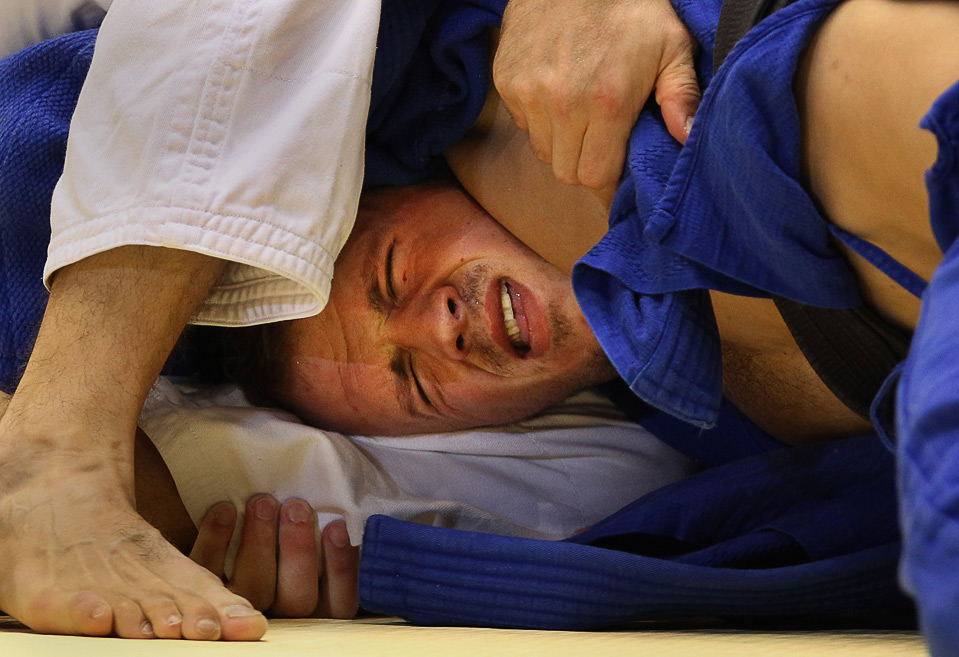 4
Lithuania's Karolis Bauza struggles as he is defeated by Ukraine's Valentyn Grekov in their under-90kg preliminary round match at the World Judo Championships in Tokyo September 12. (AP Photo/David Guttenfelder) #

5
Aaron Rodgers of the Green Bay Packers winces after being sacked during a game against the Philadelphia Eagles at Lincoln Financial Field September 12 in Philadelphia. (Mike Ehrmann/Getty Images) # 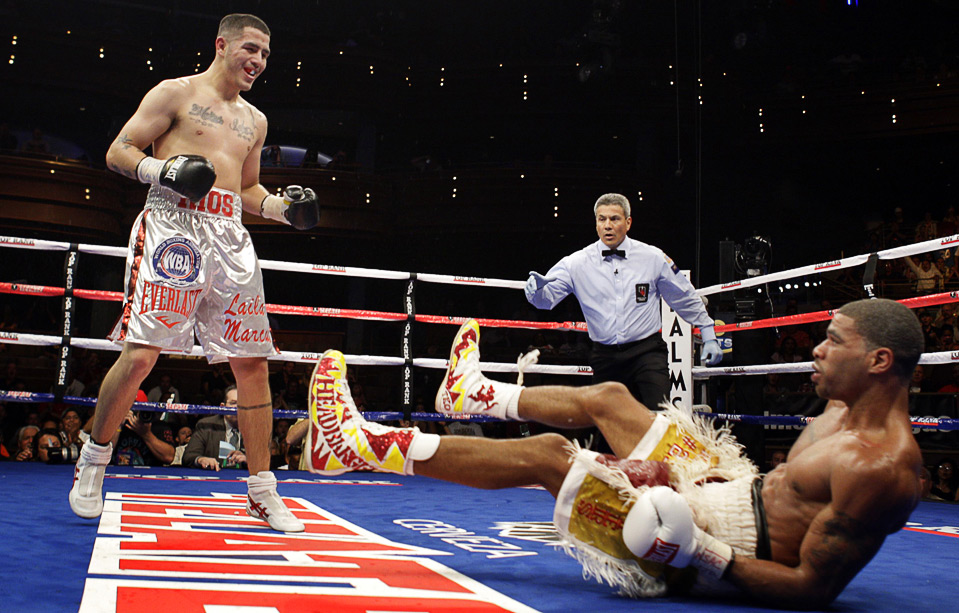 6
Brandon Rios smiles as he knocks down Anthony Peterson during their lightweight bout at the Palms Casino Resort in Las Vegas September 11. (REUTERS/Steve Marcus) # 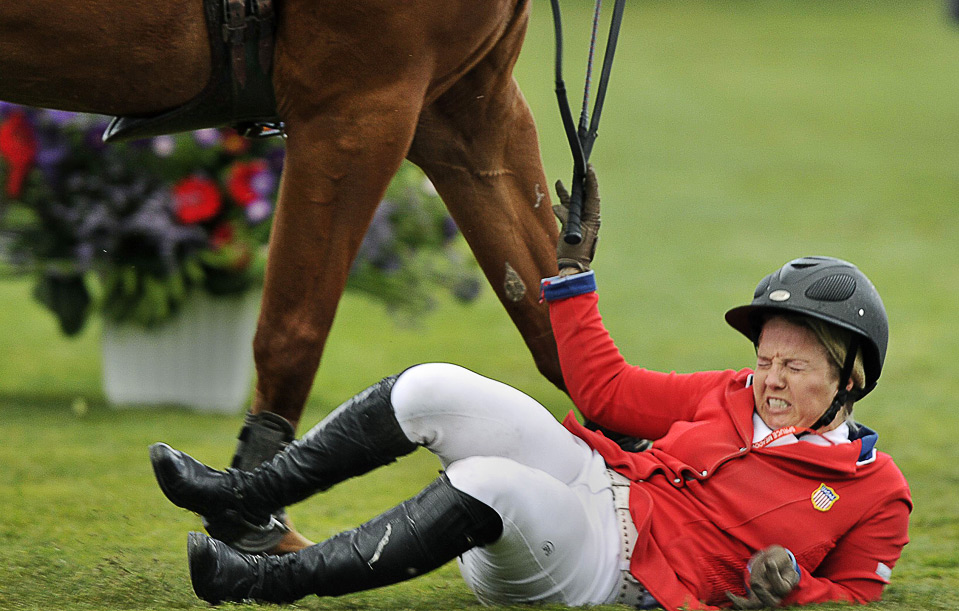 7
American Ashlee Bond falls off her horse during the Nations' Cup at the Spruce Meadows Masters in Calgary September 11. (REUTERS/Todd Korol) # 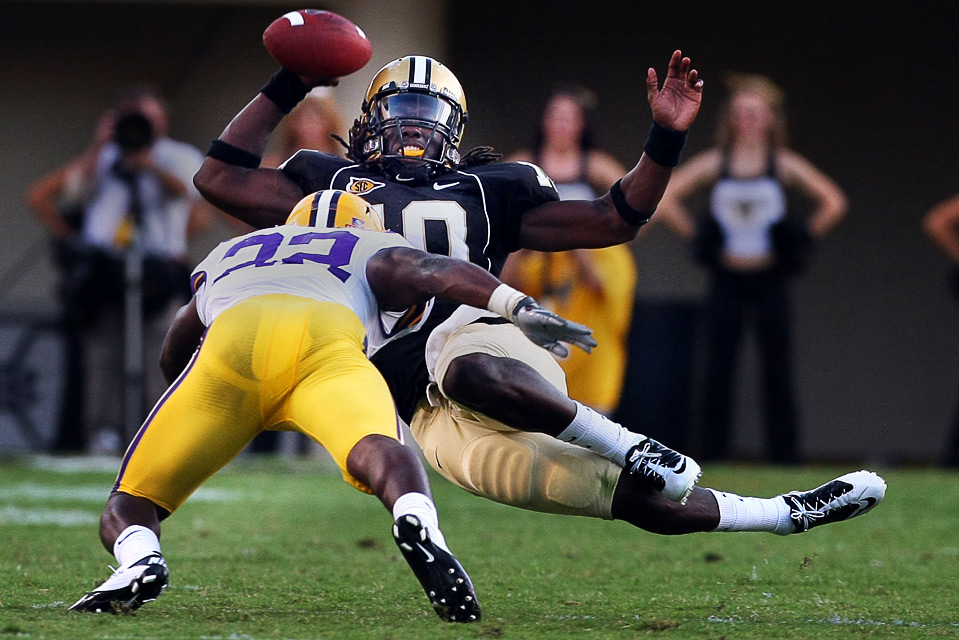 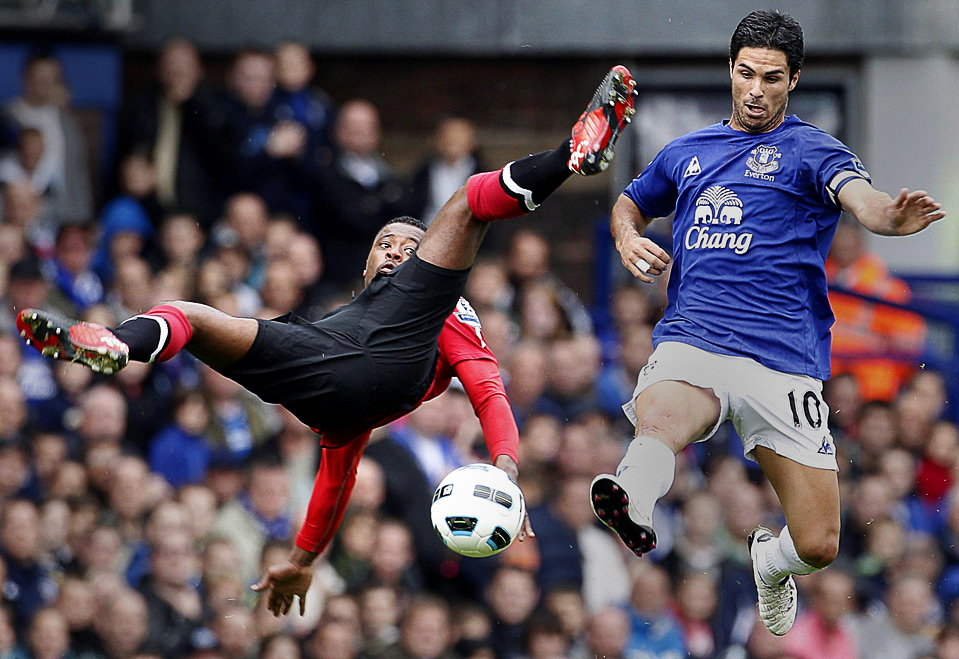 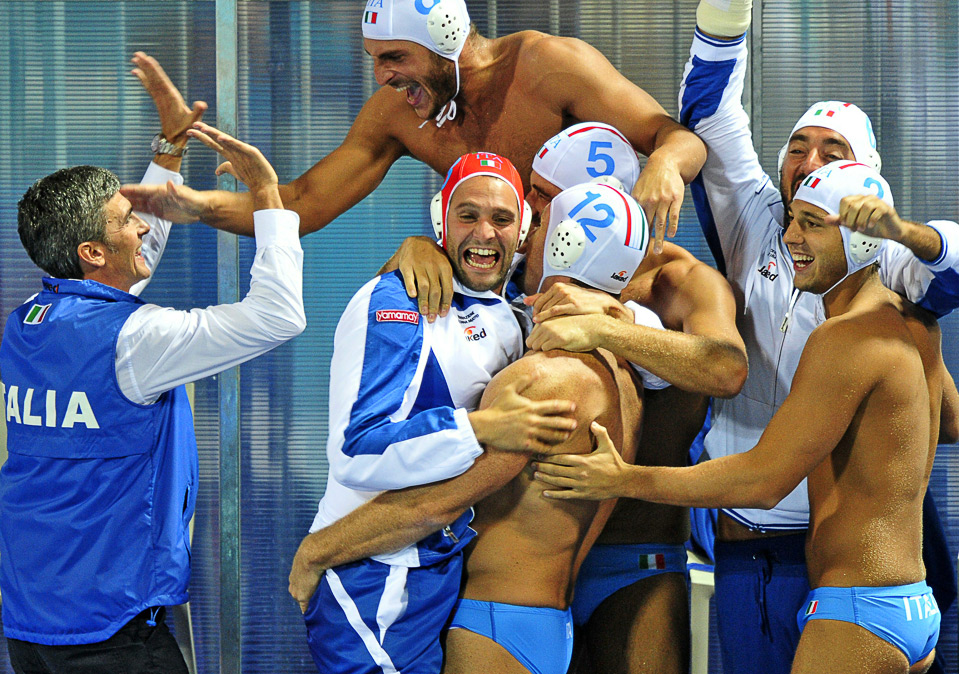 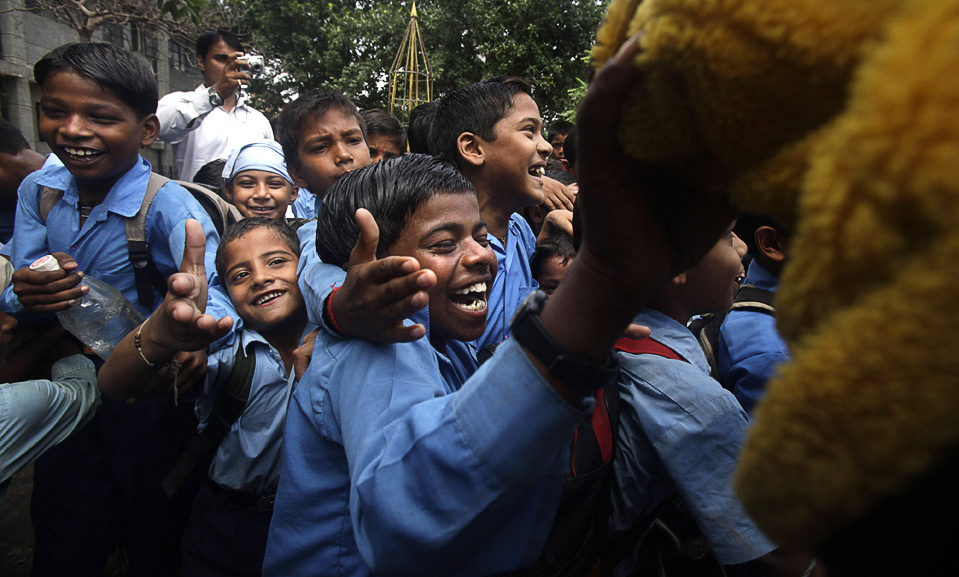 11
Shera, the Mascot of the 2010 Commonwealth Games, interacts with schoolchildren in New Delhi September 15. Shera, which comes from the Hindi word Sher, or tiger, is the most visible face of the upcoming Commonwealth Games. (AP Photo/Manish Swarup) # 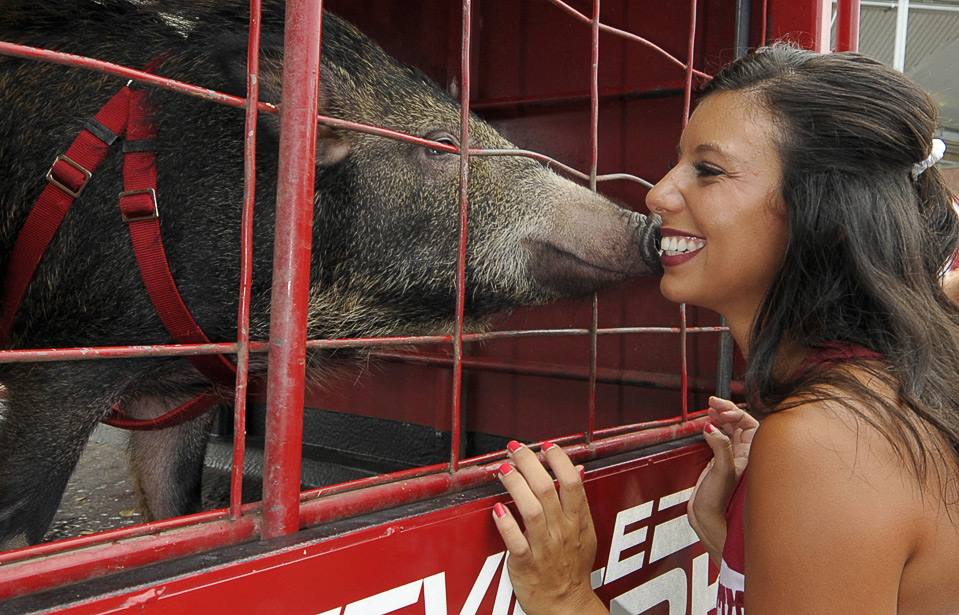 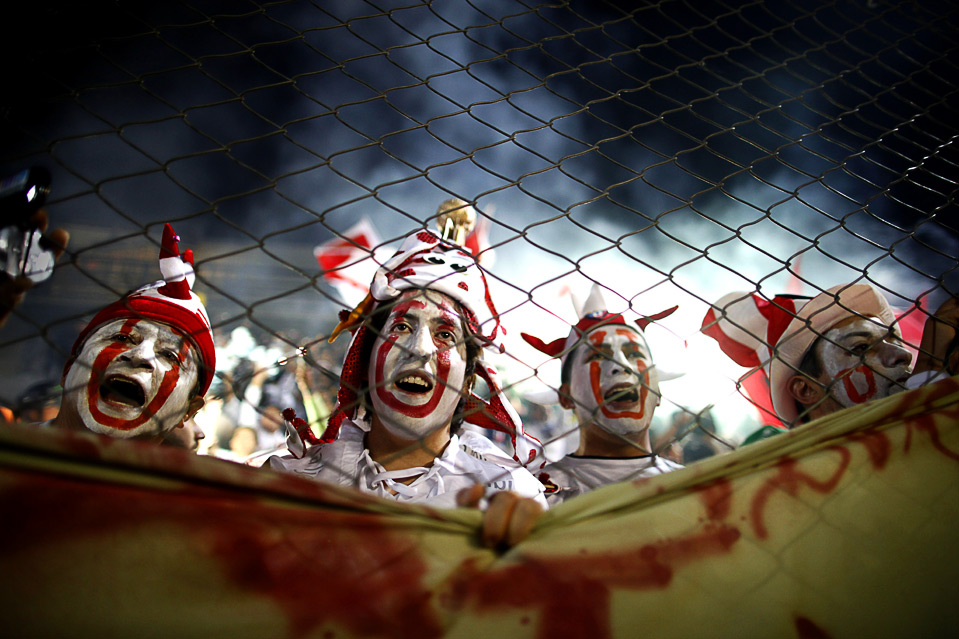 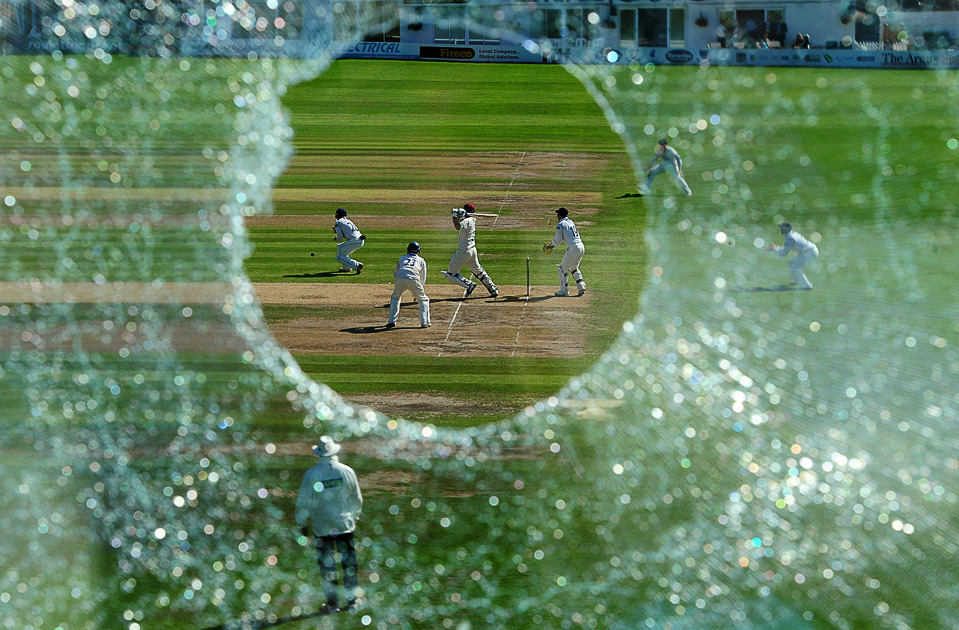 14
Mal Loye of Northamptonshire hits a boundary as seen through the hole in the press box window that he created with an earlier six during the LV County Championship match against Sussex at the County Ground September 9 in Hove, England. (Mike Hewitt/Getty Images) # 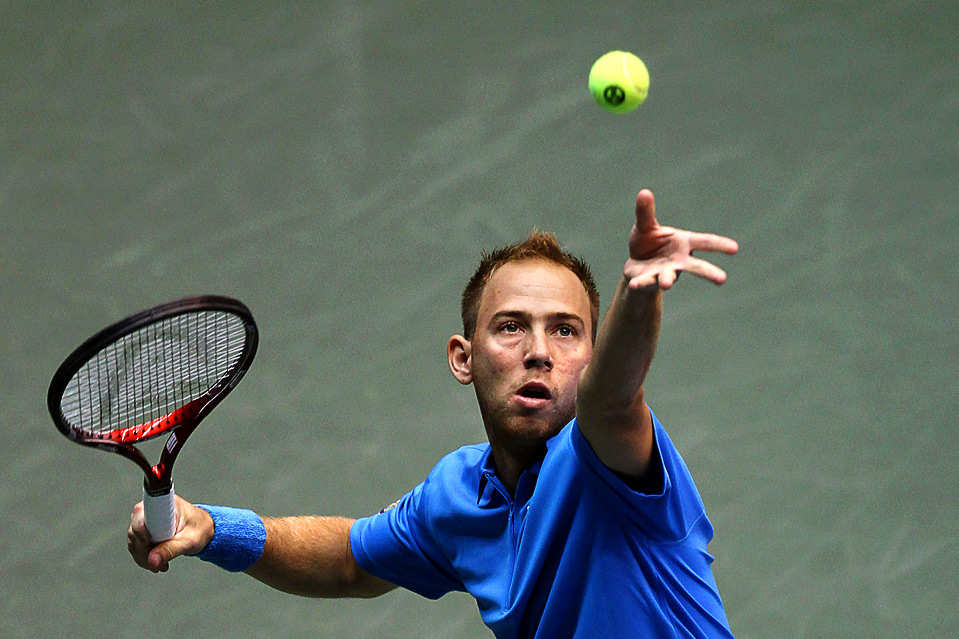 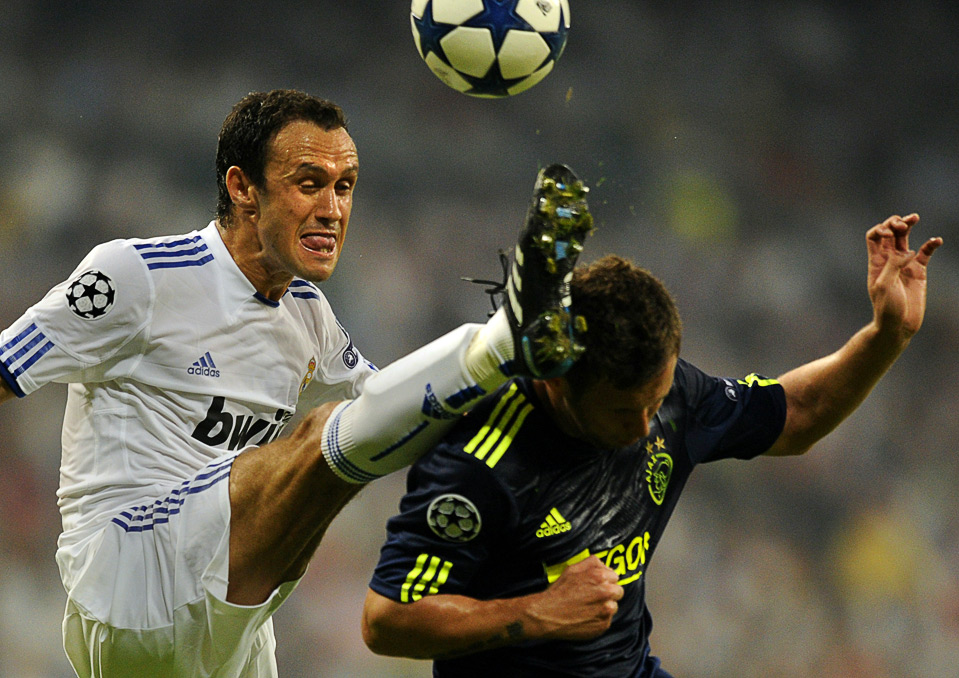 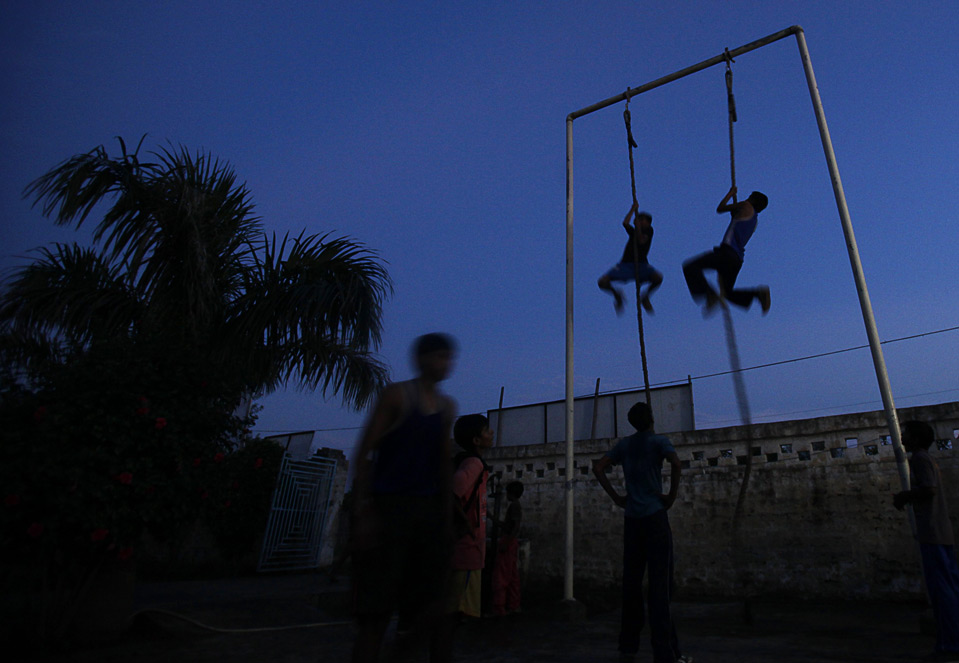 18
Members of the Bhiwani Boxing Club climb ropes in Bhiwani, India September 9. The club consists of more than 150 members, of which three have been selected to compete in the Commonwealth Games. (REUTERS/Adnan Abidi) # 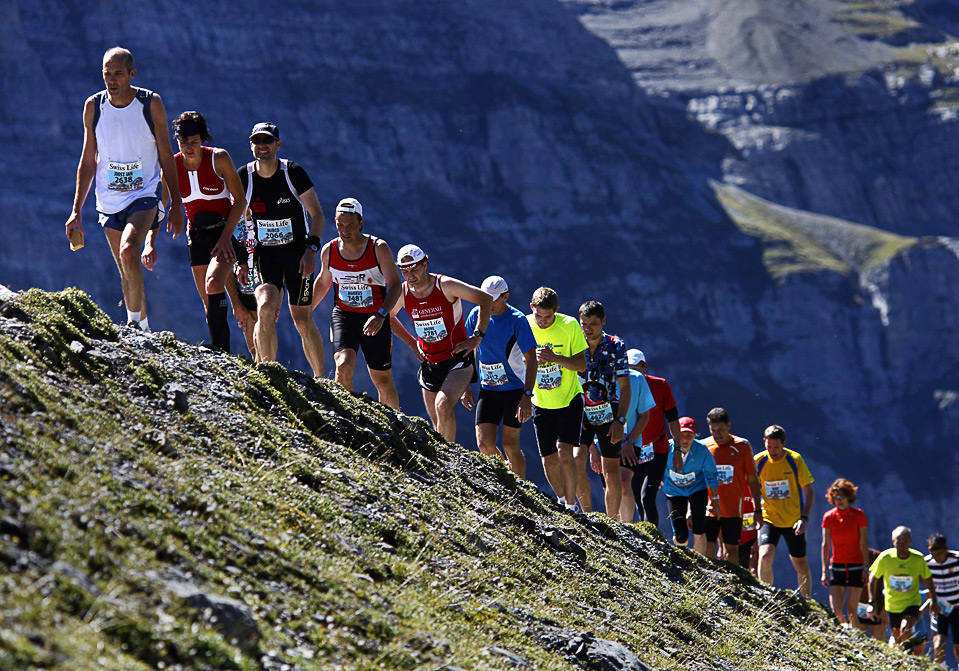 19
Athletes run up the moraine of the Eiger glacier during the Jungfrau Marathon near Kleine Scheidegg in the Bernese Alps September 11. (REUTERS/Ruben Sprich) # 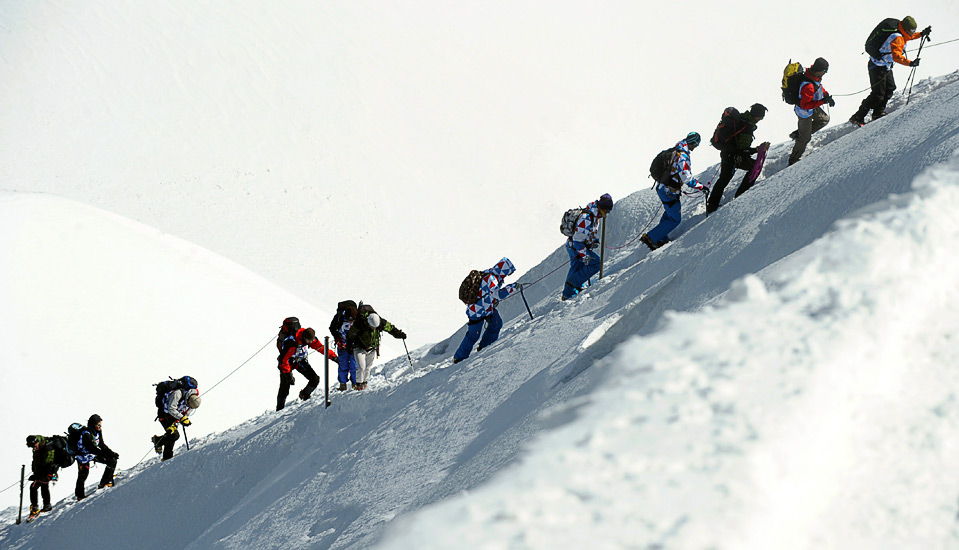 20
French climbers near the top of the Aiguille du Midi peak in the French Alps September 16 to promote the Annecy candidacy for the 2018 winter Olympic Games. (JEAN-PIERRE CLATOT/AFP/Getty Images) # 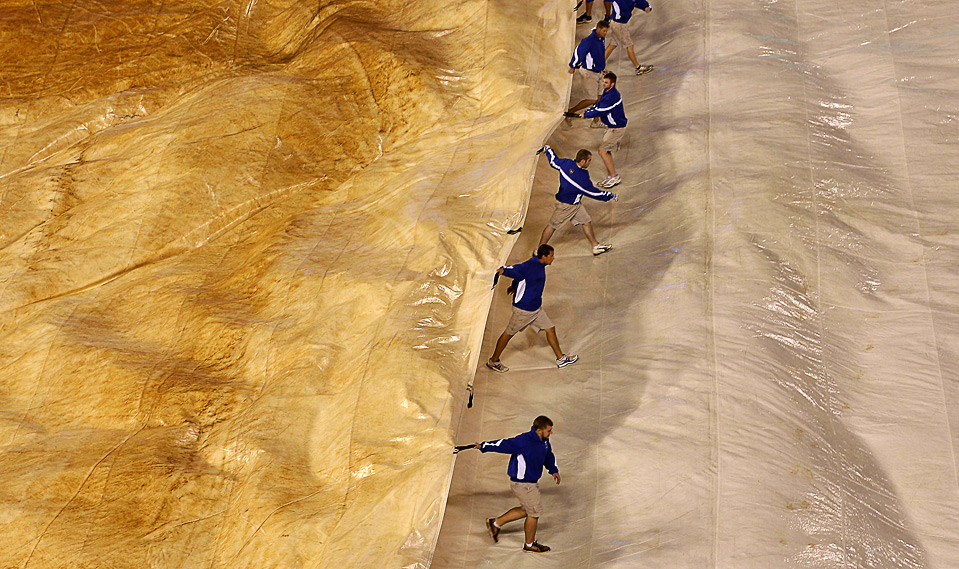 21
Grounds crew remove a tarp from the field during a rain delay before the start of a baseball game between the Oakland Athletics and the Kansas City Royals September 15. (AP Photo/Charlie Riedel) # 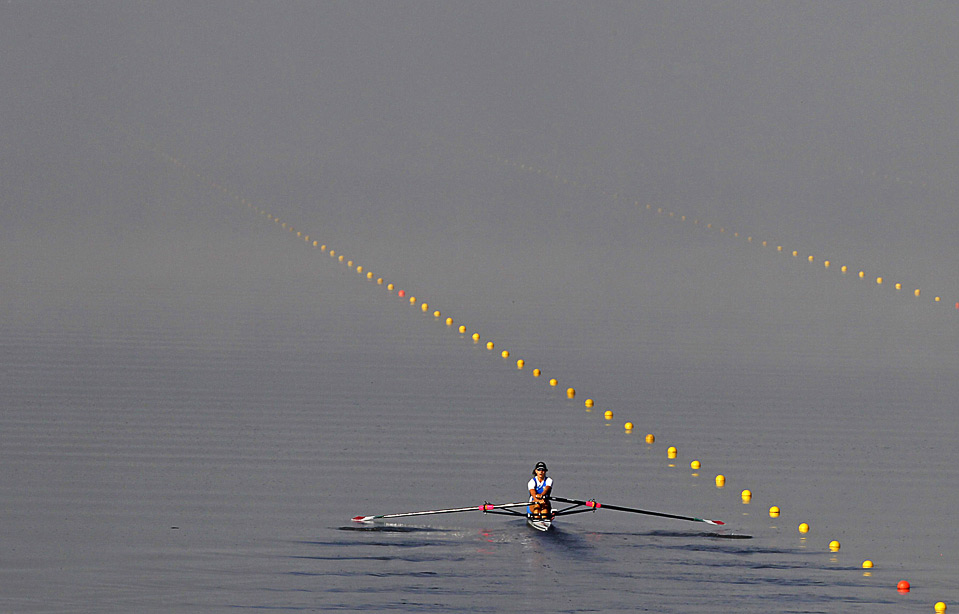 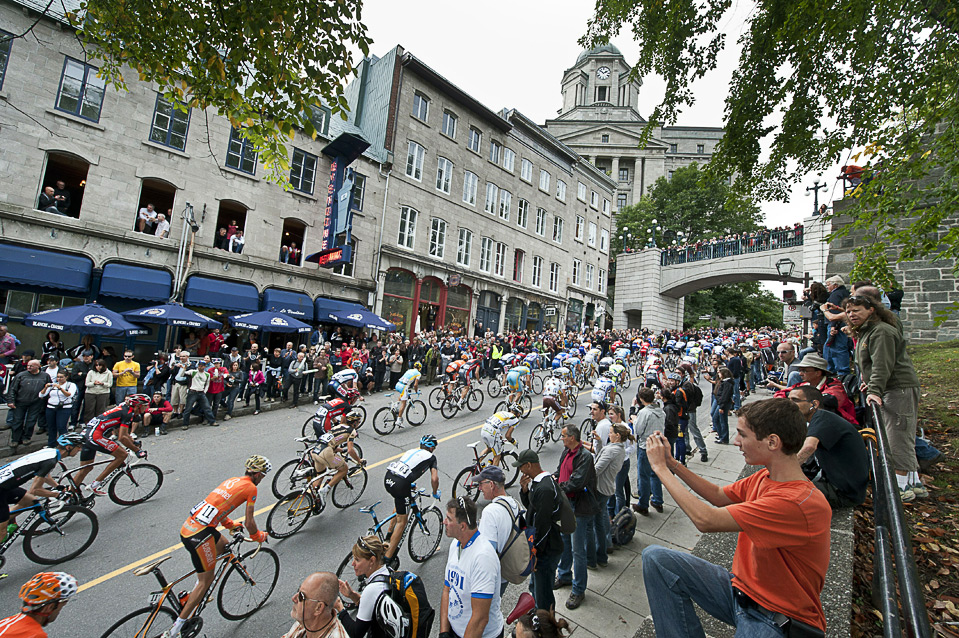 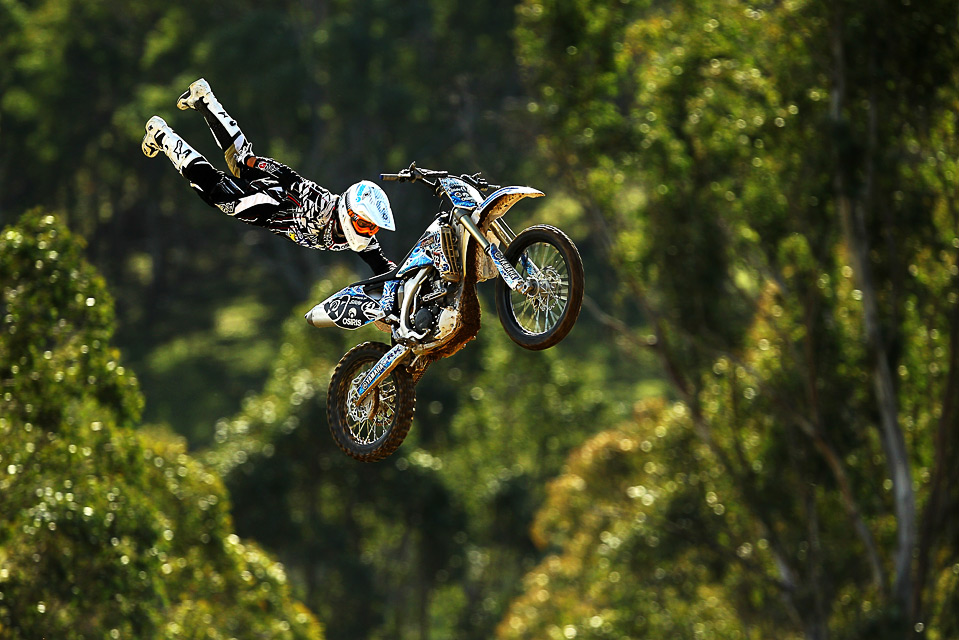 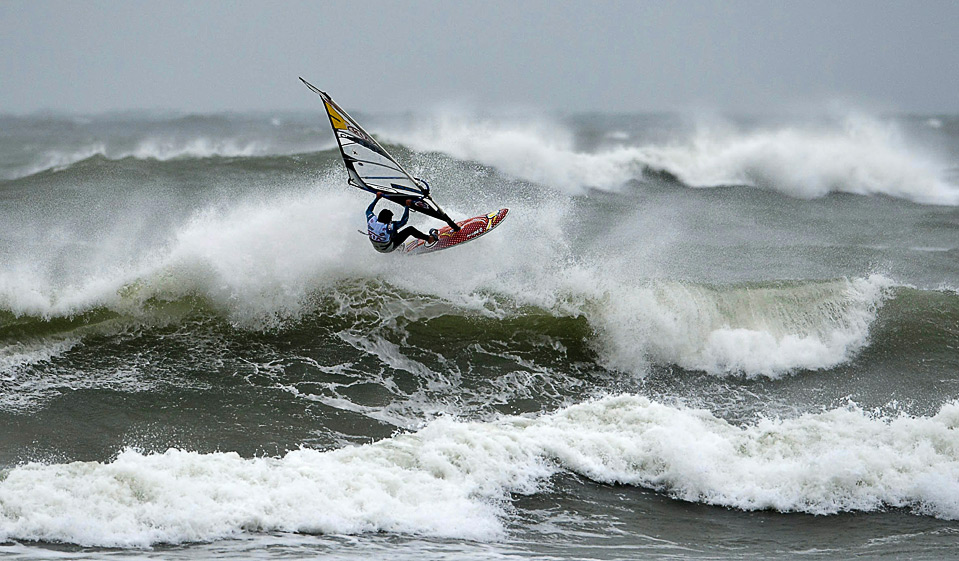 25
A windsurfer competes during the Cold Hawai PWA World Cup, a gathering of 48 of the best windsurfers in the world, September 15 in Klitmoeller, Denmark. (HENNING BAGGER/AFP/Getty Images) # 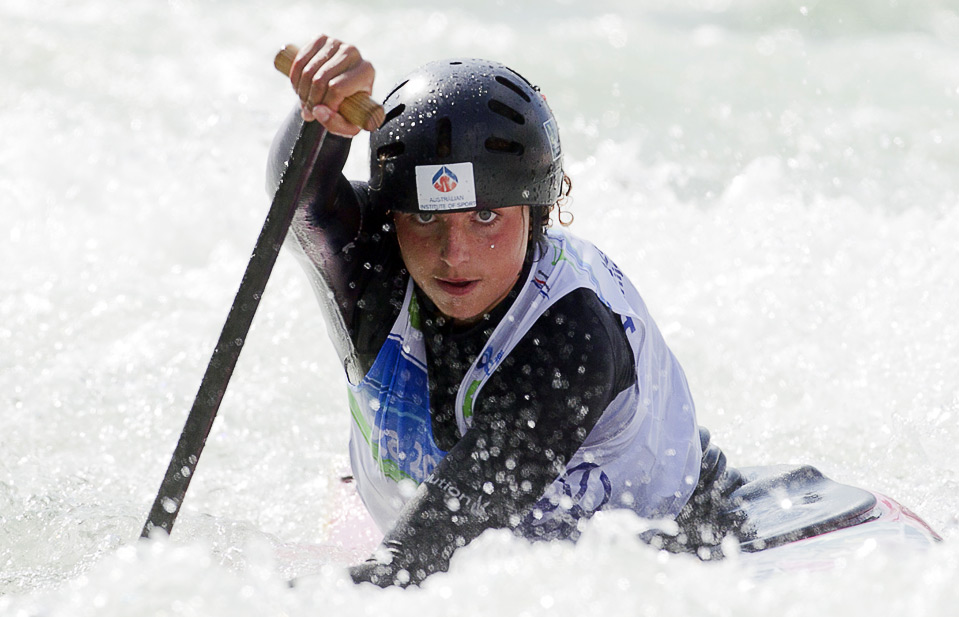 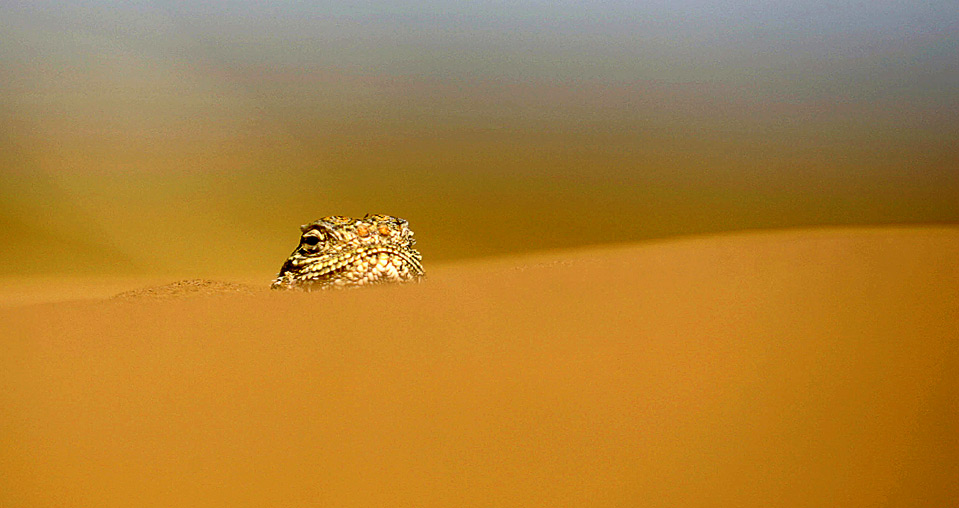 28
A lizard is seen in the desert during the Silk Way Race outside Astrakhan, between St. Petersburg and Sochi, Russia September 15. (MIKHAIL MORDASOV/AFP/Getty Images) #

Lane, I am hopeful you will have some good shots included in the next edition from the AFL (australian football league) Grand Final(s) that were played in Melbourne on the 25th and now the replaying of it- it ended in a tie and rather than play overtime they meet again for a rematch the following week) 2nd of October.

It's a great game and if you are up late this Friday into Saturday check out ESPN2 for live coverage!!

Nobody moved any pictures of the AFL final. Getty Images moved four pictures of Lionel Richie performing before the match, but nothing of the match itself....