Hurricane Earl was supposed to threaten the US Open tennis tournament in Flushing, NY, but instead it was Rafael Nadal blowing through the field en route to winning the final after a one-day rain delay. With the US Open victory, Nadal completed a career Grand Slam, becoming one of only seven men to accomplish the feat. In the women's bracket, Kim Clijsters won her third crown and took home a record purse - $2.2 million - in the process. ( 22 photos total) 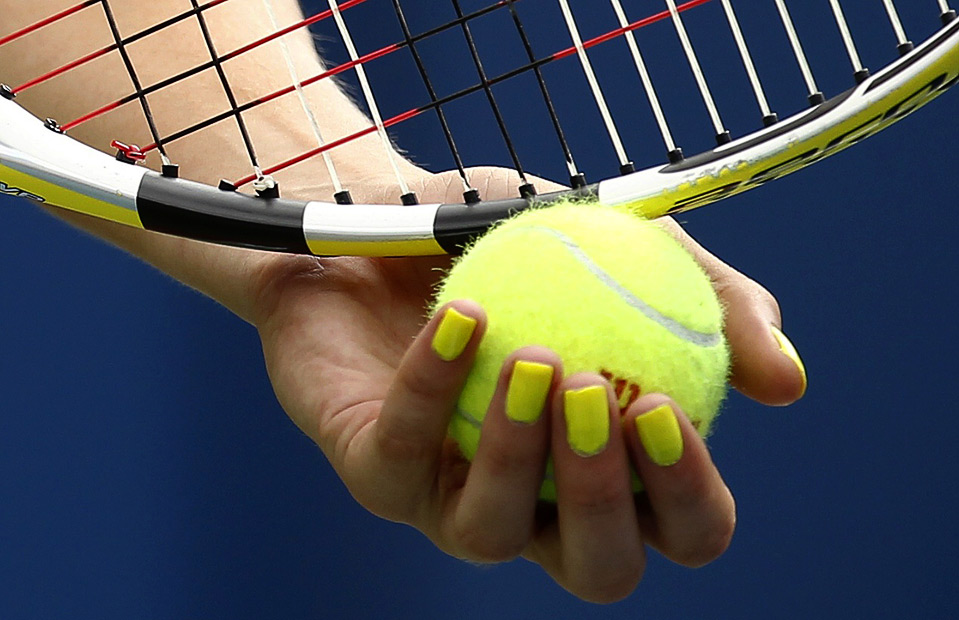 Caroline Wozniacki prepares to serve during her match against Vera Zvonareva at the U.S. Open tennis tournament in New York September 10. (REUTERS/Kevin Lamarque) 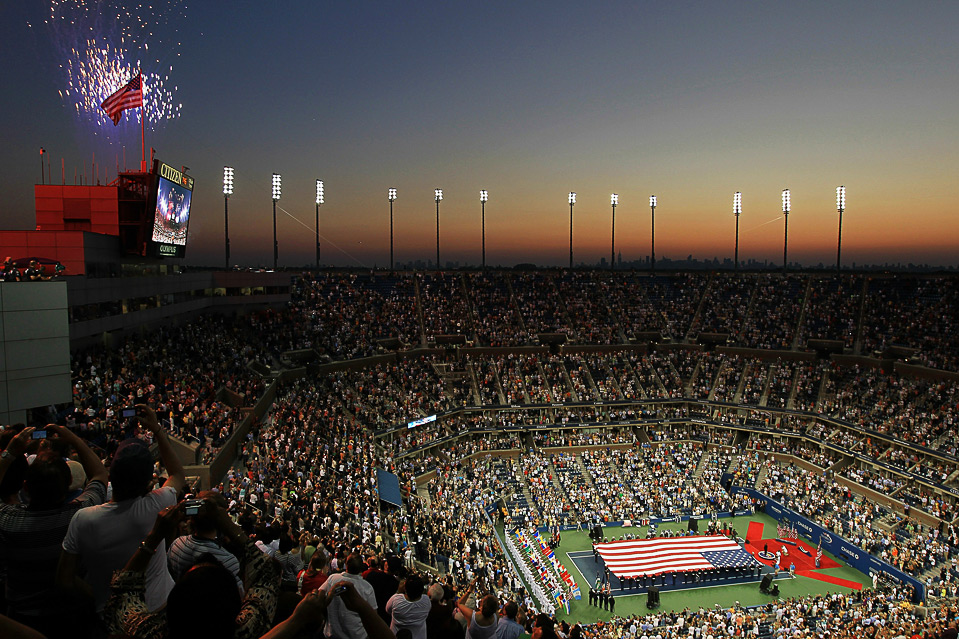 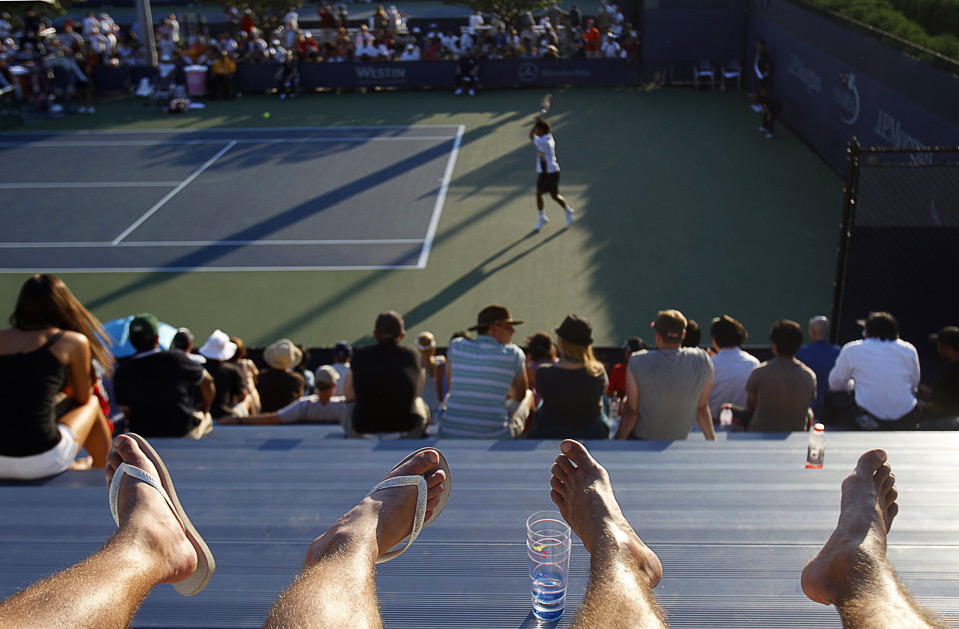 3
Fans relax in the stands on one of the side courts August 30. (REUTERS/Jessica Rinaldi) # 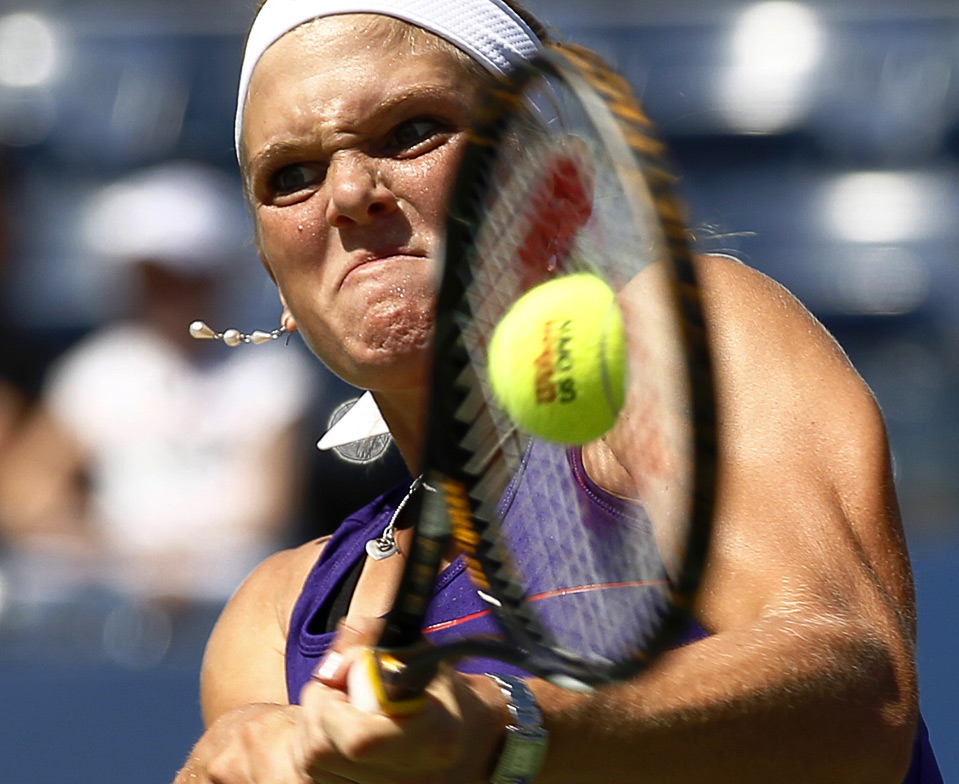 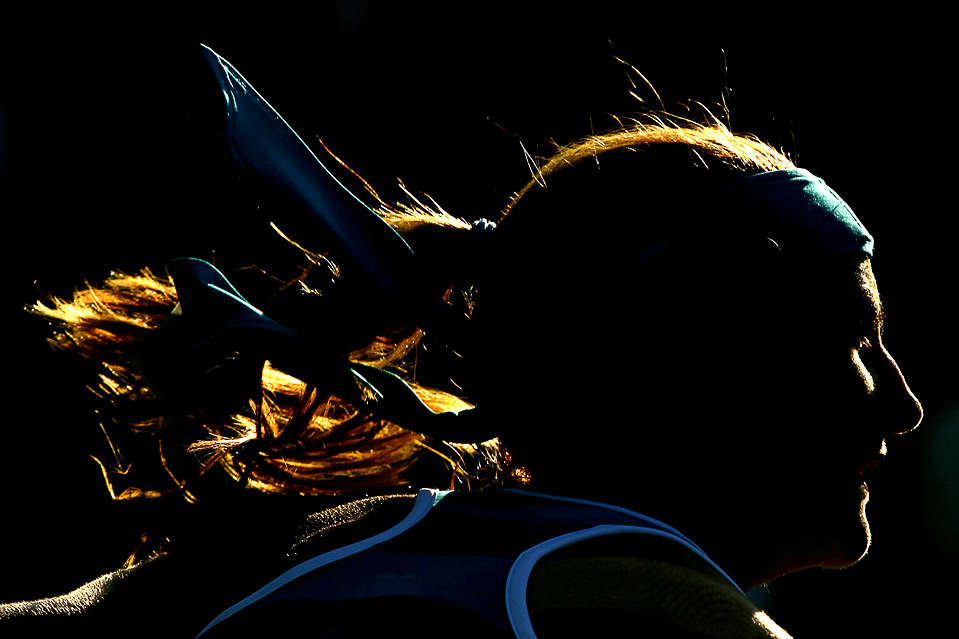 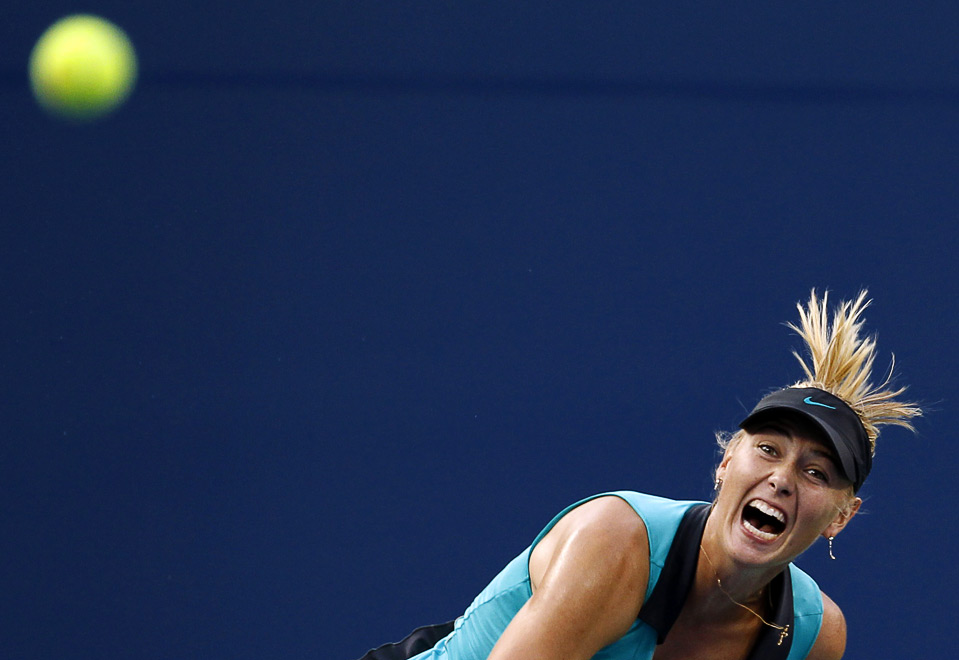 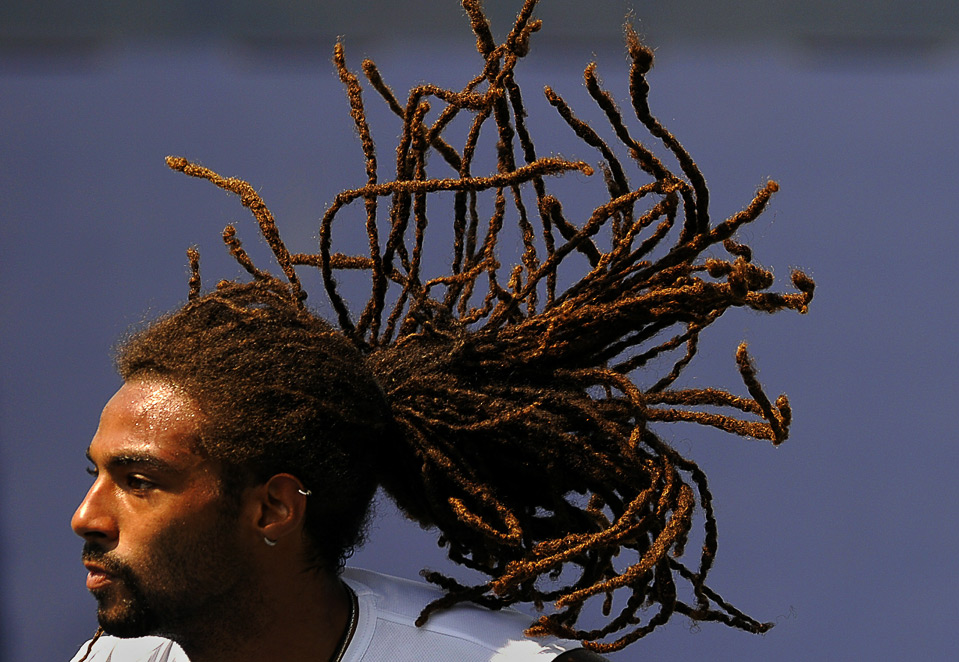 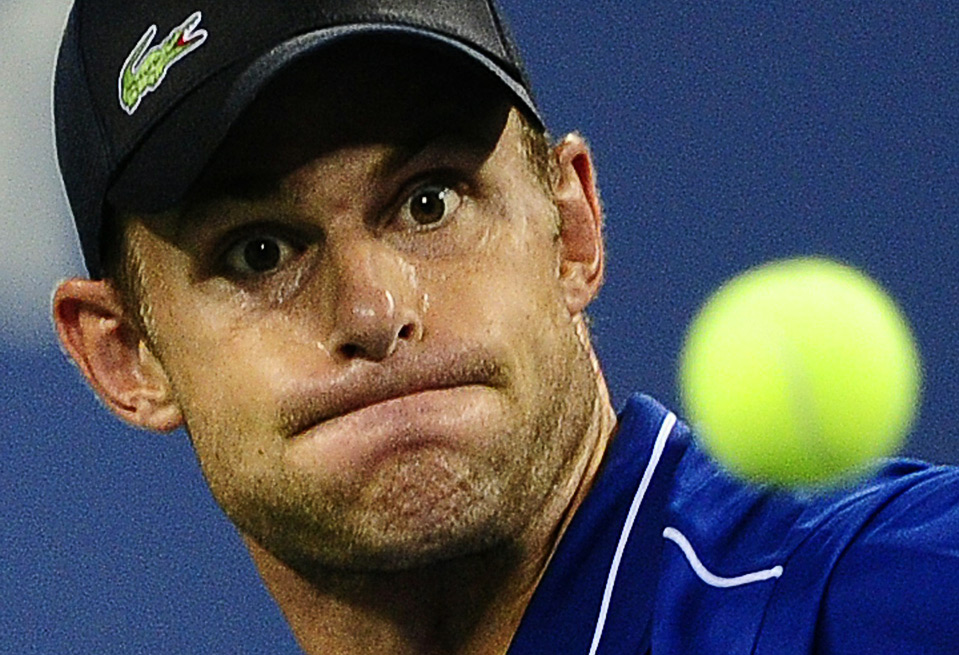 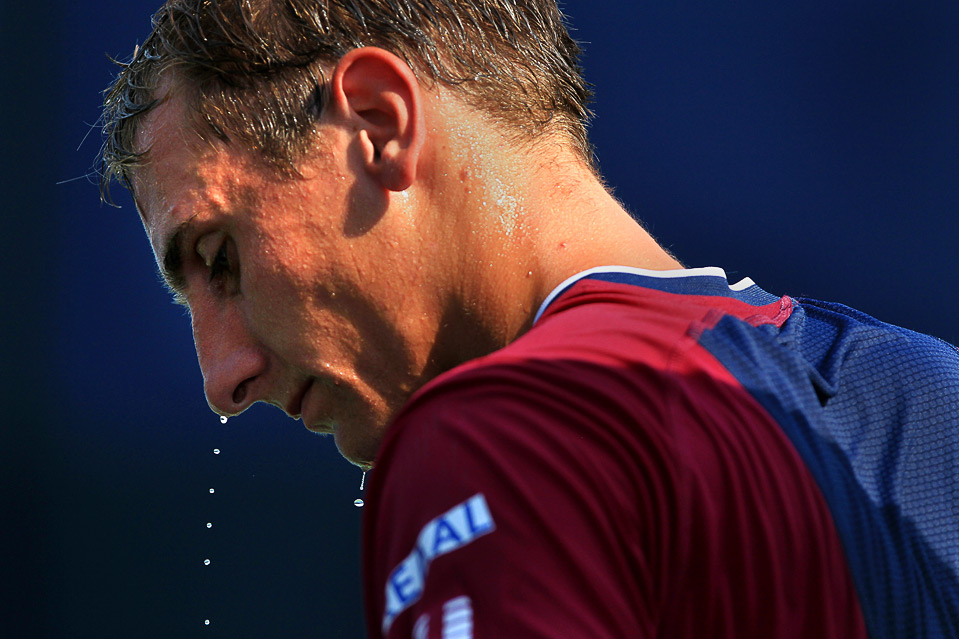 9
Sweat drips off the face of Thiemo de Bakker during his match against Ivan Dodig on day four September 2. (Chris McGrath/Getty Images) # 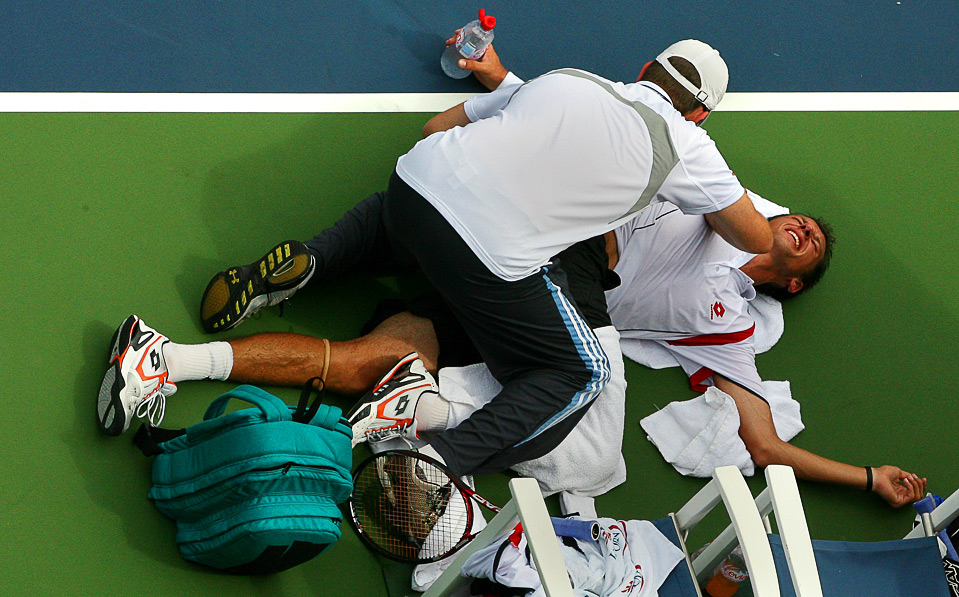 10
A trainer works on Sergiy Stakhovsky during a break in play against Ryan Harrison on day five September 3. (Andrew Burton/Getty Images) # 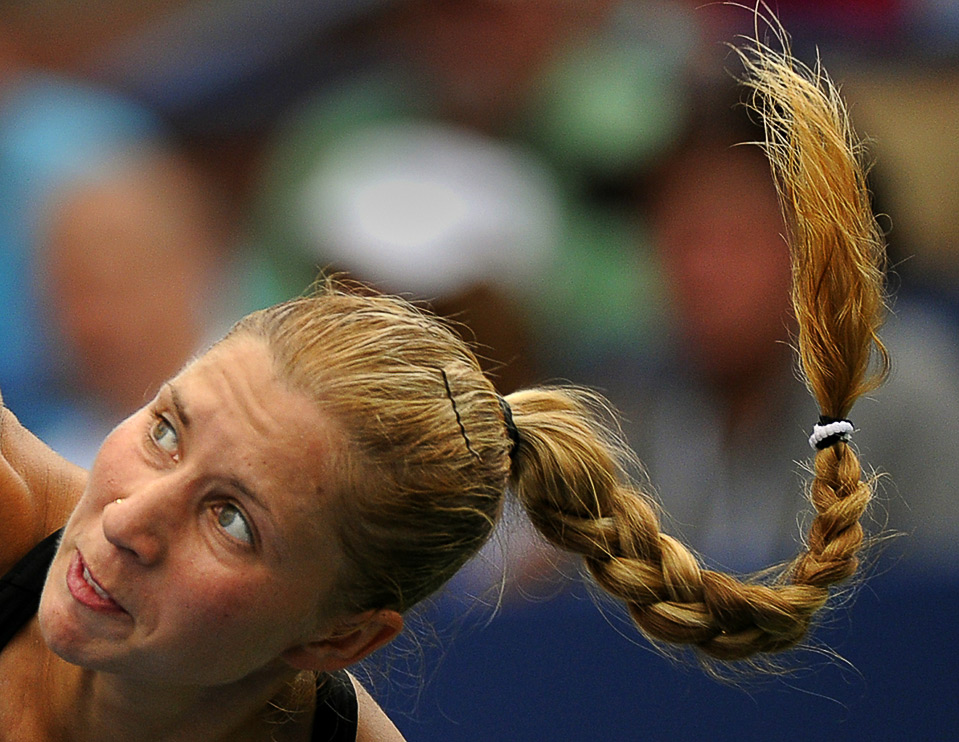 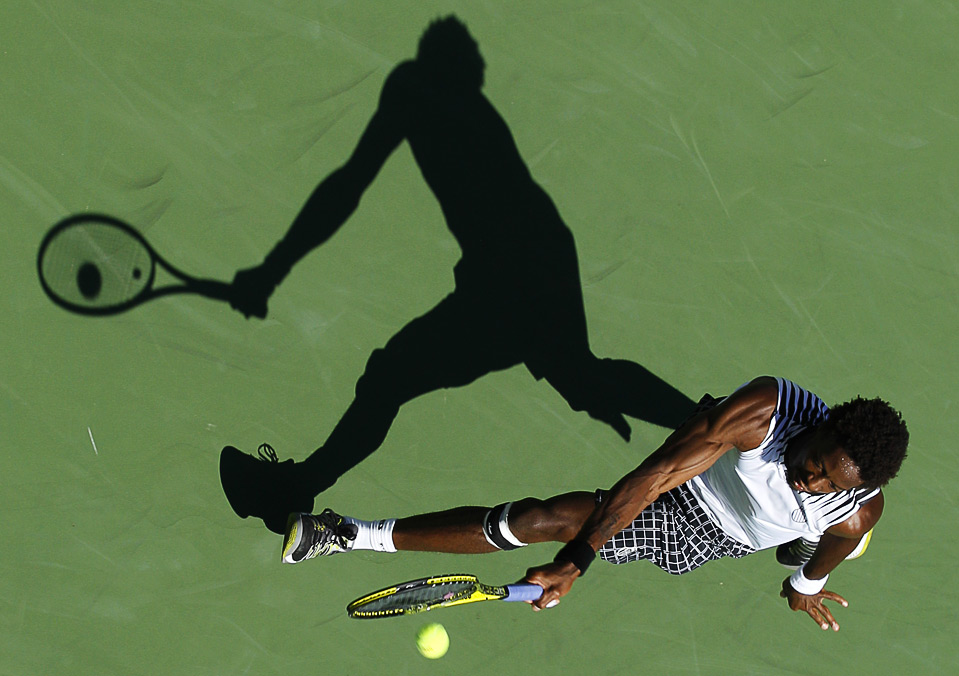 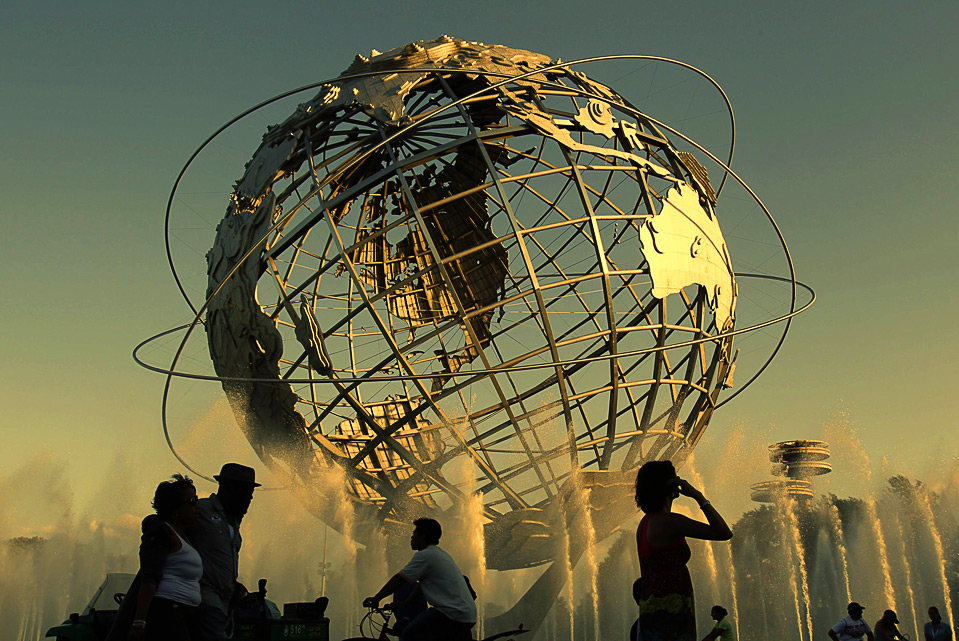 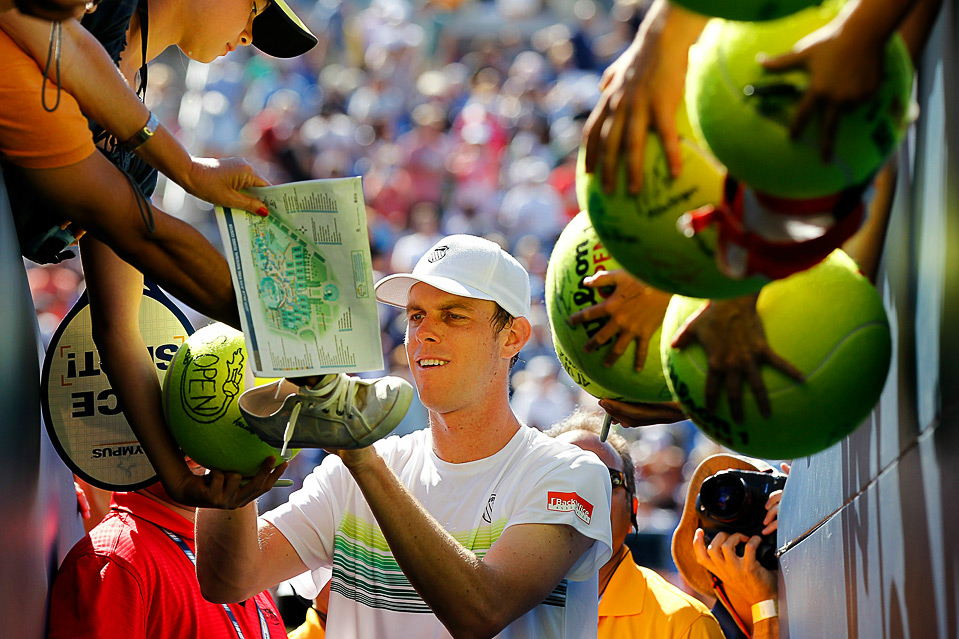 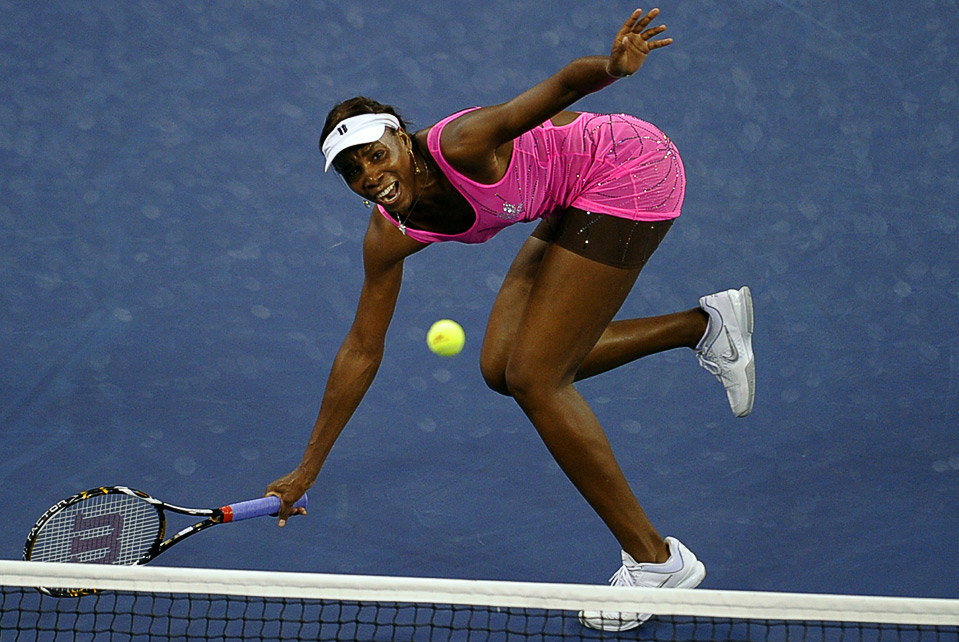 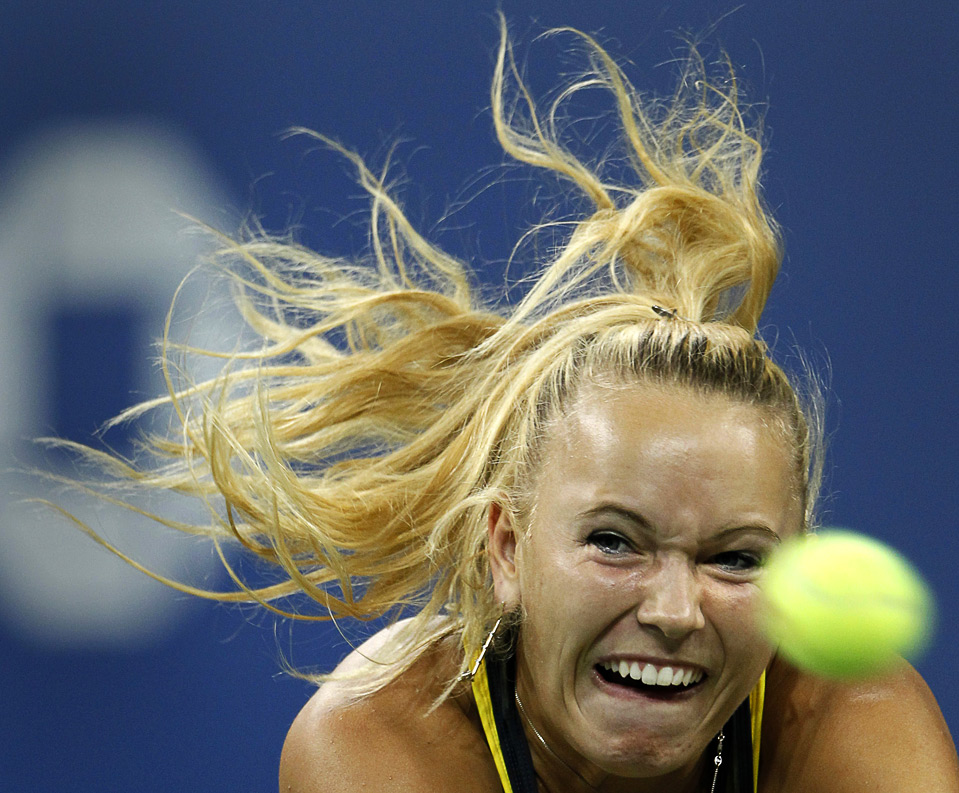 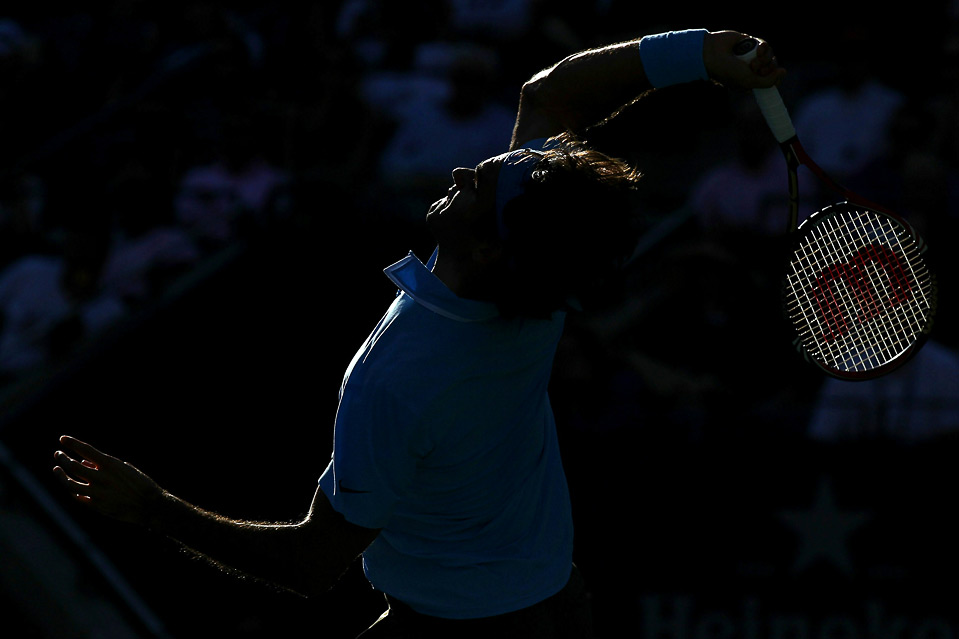 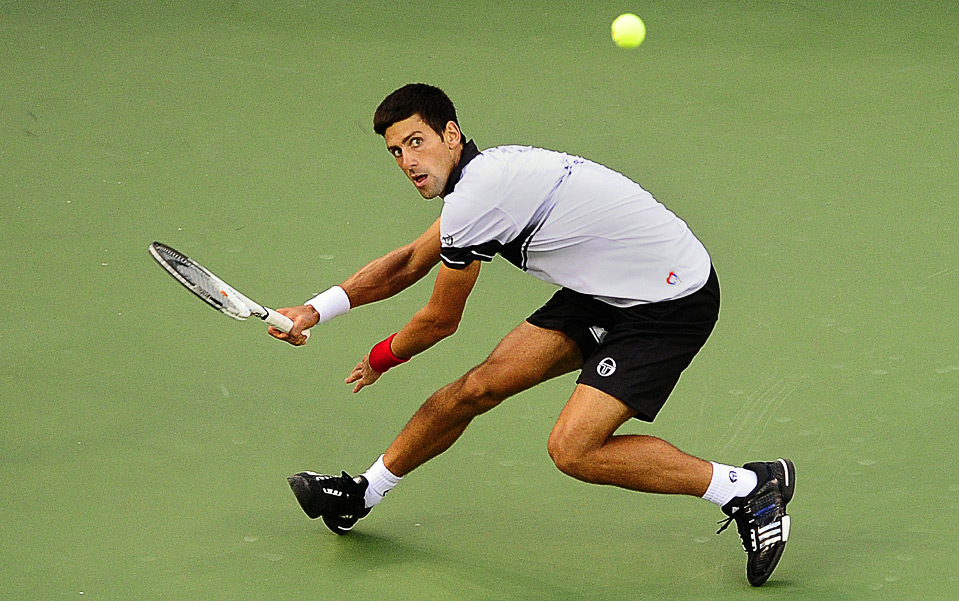 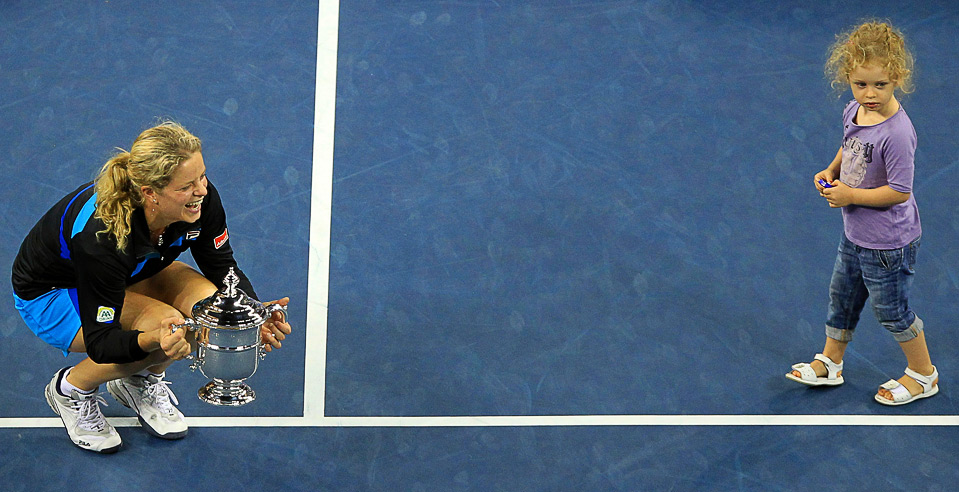 20
Kim Clijsters holds the championship trophy as she is joined by her daughter Jada after Clijsters defeated Vera Zvonareva during their singles final September 11. (Chris McGrath/Getty Images) # 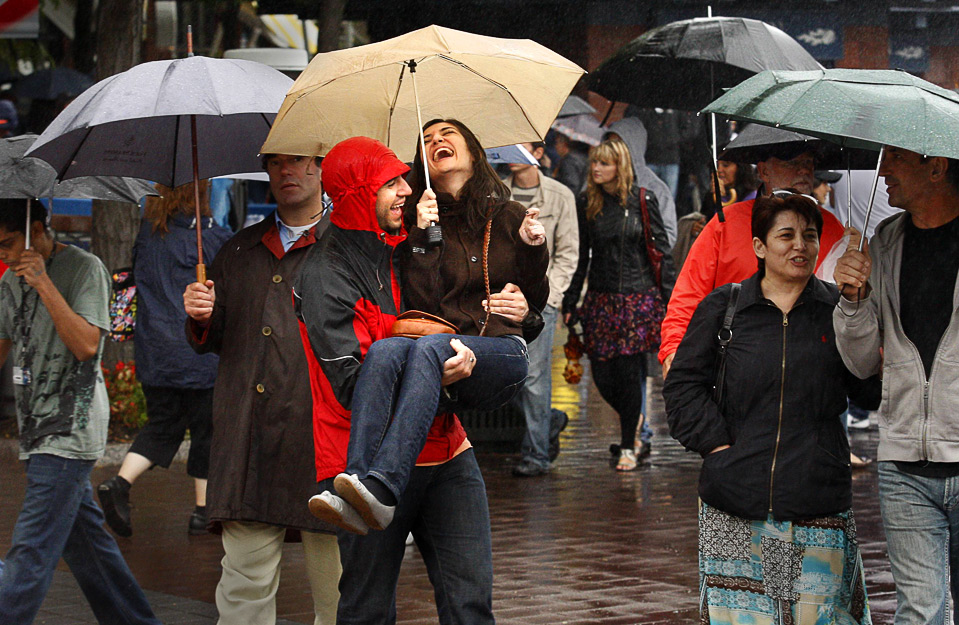 21
Fans walk with umbrellas outside the stadium during the rain delay at the men's final September 12. (REUTERS/Eduardo Munoz) # 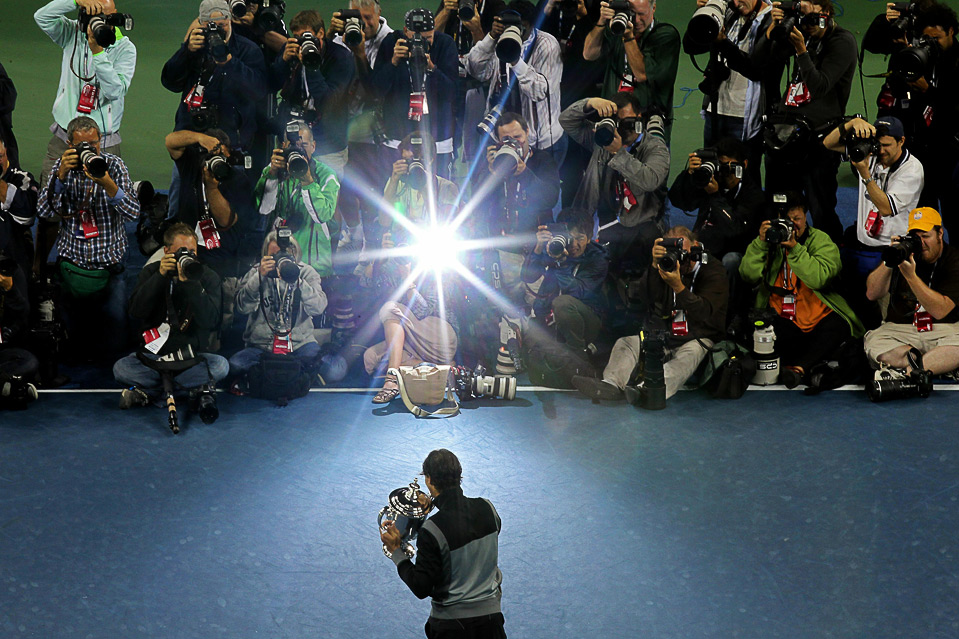 22
The media photographs Rafael Nadal as he celebrates with the championship trophy after defeating Novak Djokovic to win the men's singles final September 13. (Nick Laham/Getty Images) #

Iffy quality photography plus not a good selection. Some of the players are unknown but there is just one photo of Nadal (actually his back), one of only seven men in history to achieve a career grand slam by winning this title.

I agree with previous comment ! We see The King"s back. I am sure there where more significant shots during the tournament, even if some of the players are unknown !

I love Serbian tenis.Dokovic is a fun guy with a lot of potential, Ana was in the top and will again, Jankovic has been in decline, but it will be good again, and Tipsarevic was "lazy", and has lots of talent

Posted by HotelsHollywood March 27, 11 08:04 AM
recent entries
Advertisement
(only click once)