This week Big Shots splashes through a pond in Latvia, elbows into a roller derby bout in Vancouver, and rolls around drunk outside a horse race in Liverpool. We should seek help. We also learn that Phil Mickelson can't dance and should keep his day job. On Monday I'll be posting a special live Big Shots from the Boston Marathon, updating the blog regularly as new pictures come in from both the staff of the Boston Globe and the wire services. ( 30 photos total) 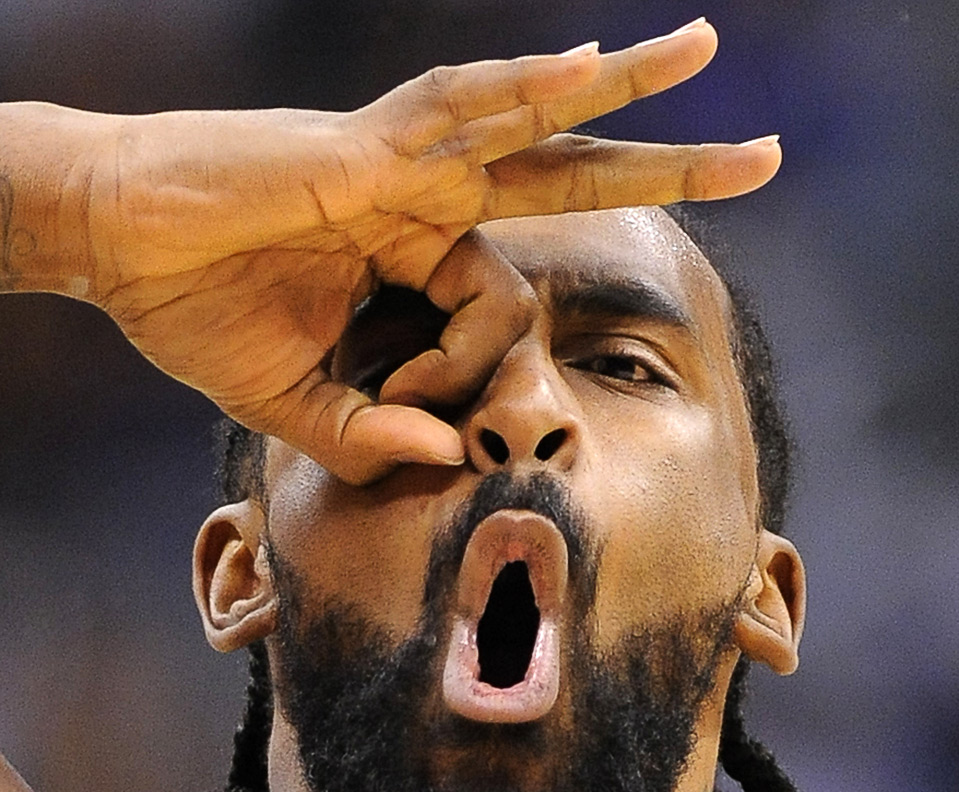 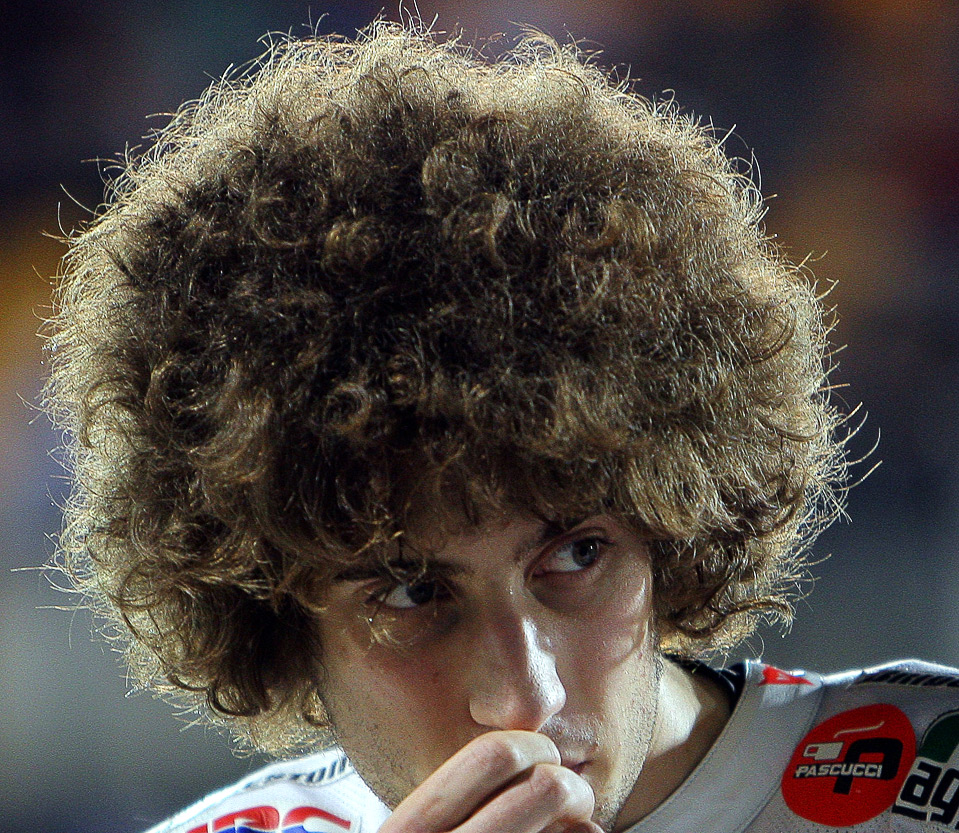 2
Rider Marco Simoncelli's hair poses for a photo at the Losail International Circuit in Qatar April 9 before a motorcycle race when, sadly, he'll be wearing a helmet. (AP Photo/Osama Faisal) # 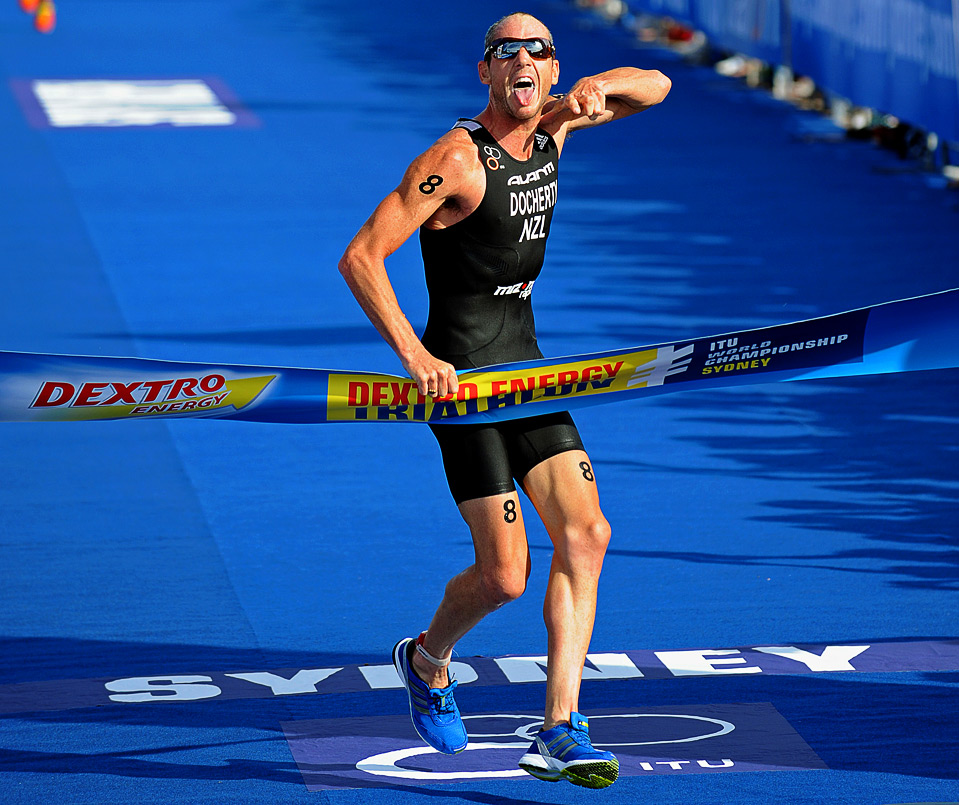 3
Bevan Docherty reacts as he crosses the finish line during the Sydney round of the ITU World Championship Triathlon Series April 11. (GREG WOOD/AFP/Getty Images) # 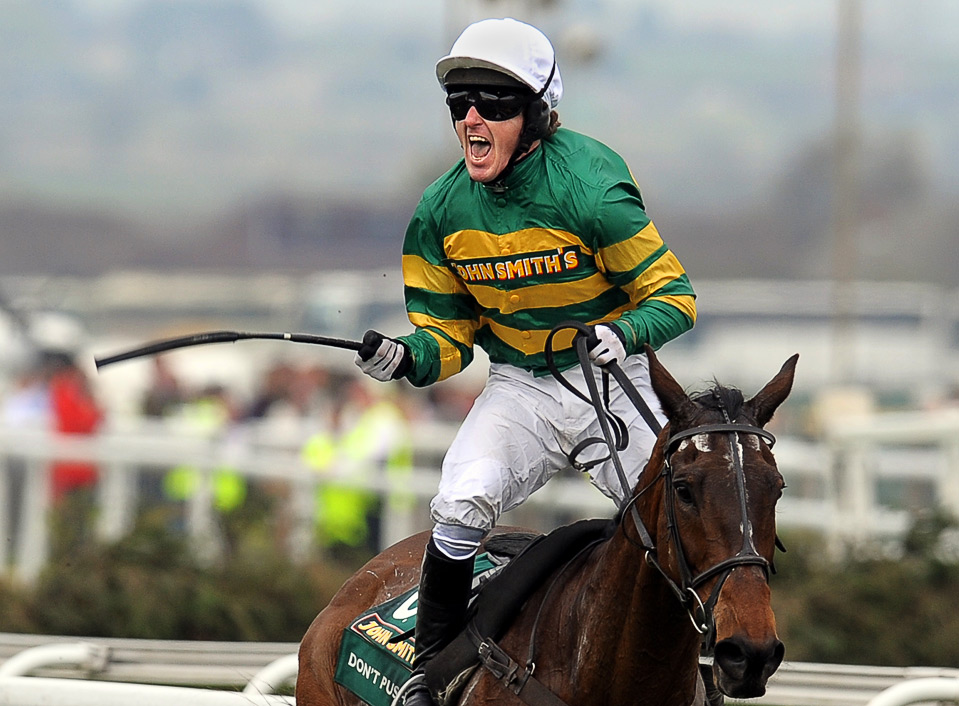 4
Jockey A. P. McCoy celebrates after winning on Don't Push It at The Grand National steeplechase at Aintree Racecourse in Liverpool April 10. (ANDREW YATES/AFP/Getty Images) # 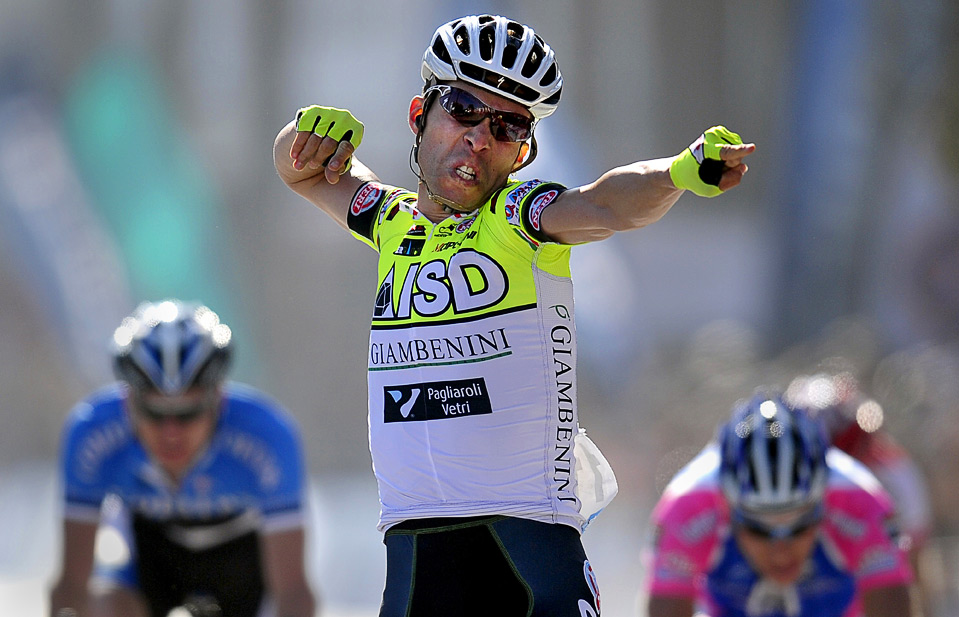 5
Givanni Visconti celebrates as he crosses the finish line April 13 at the end of the third stage of the Tour of Turkey cycling race between Bodrum and Marmaris. (FRANCK FIFE/AFP/Getty Images) # 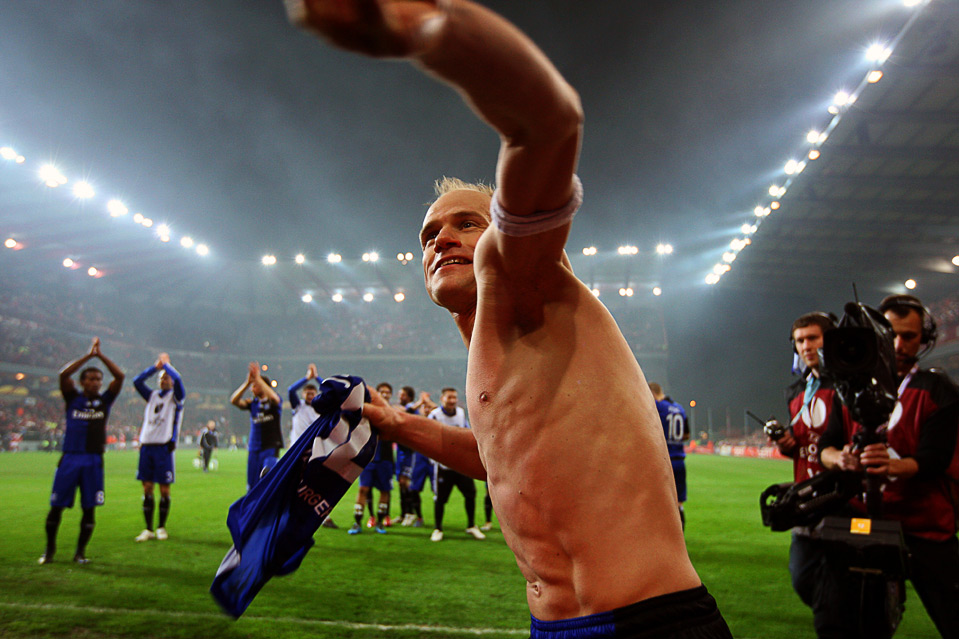 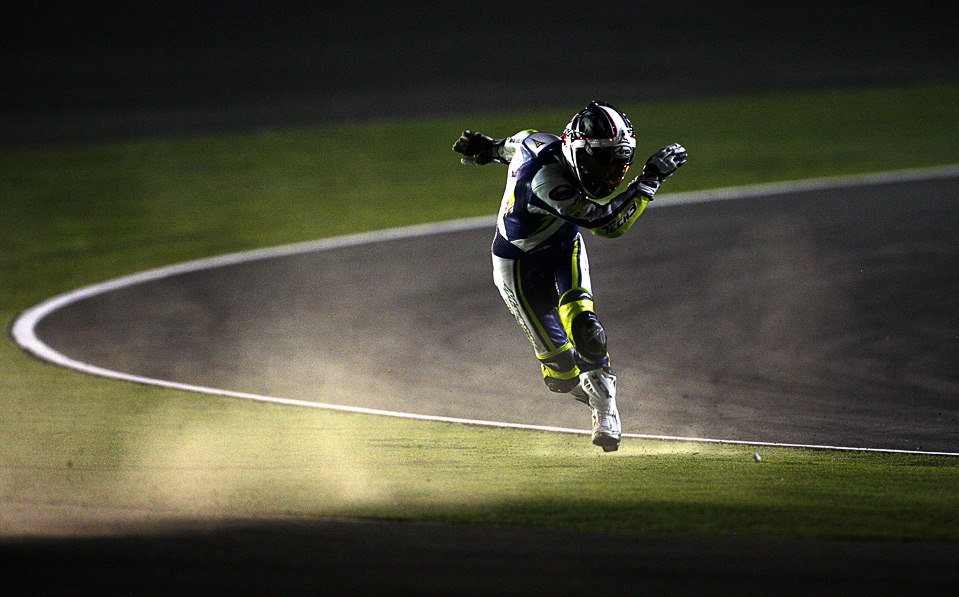 7
Typically one rides a motorcycle during a motorcycle race, but Yuki Takahashi seems to have misplaced his after a crash during the Grand Prix of Qatar at the Losail International Circuit in Qatar April 11. (AP Photo/Hassan Ammar) # 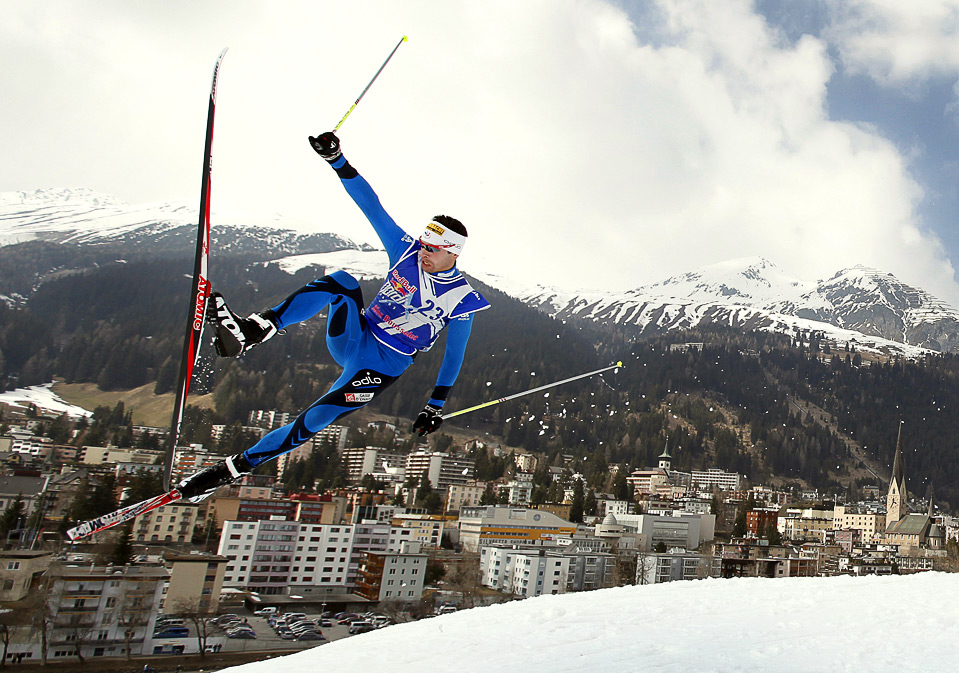 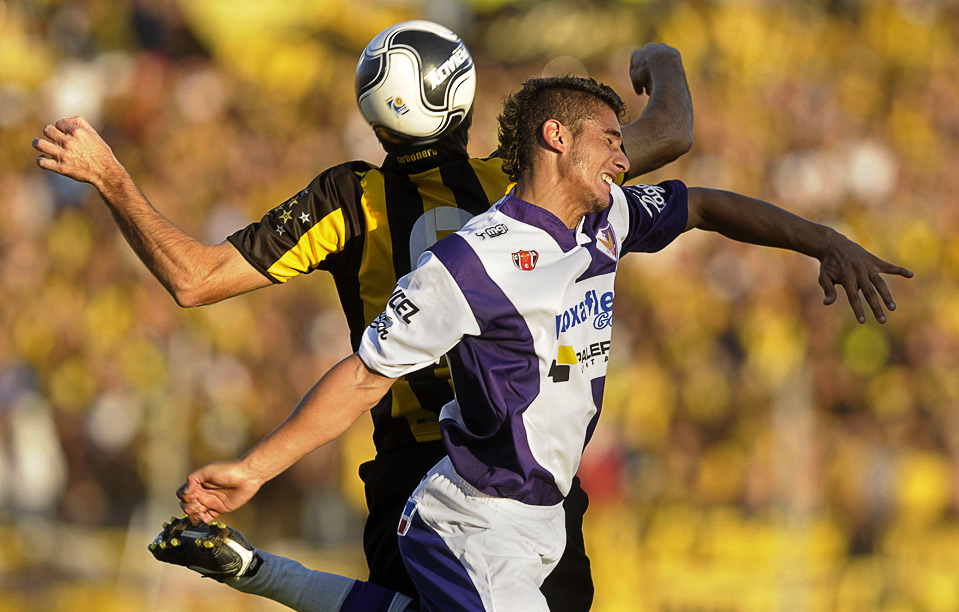 10
Competitors tackle dunes in Erg Merzouga during the the Marathon des Sables April 10. The marathon is considered the toughest foot race in the world, covering a distance equivalent to six marathons over six days through the Moroccan desert. (PIERRE VERDY/AFP/Getty Images) # 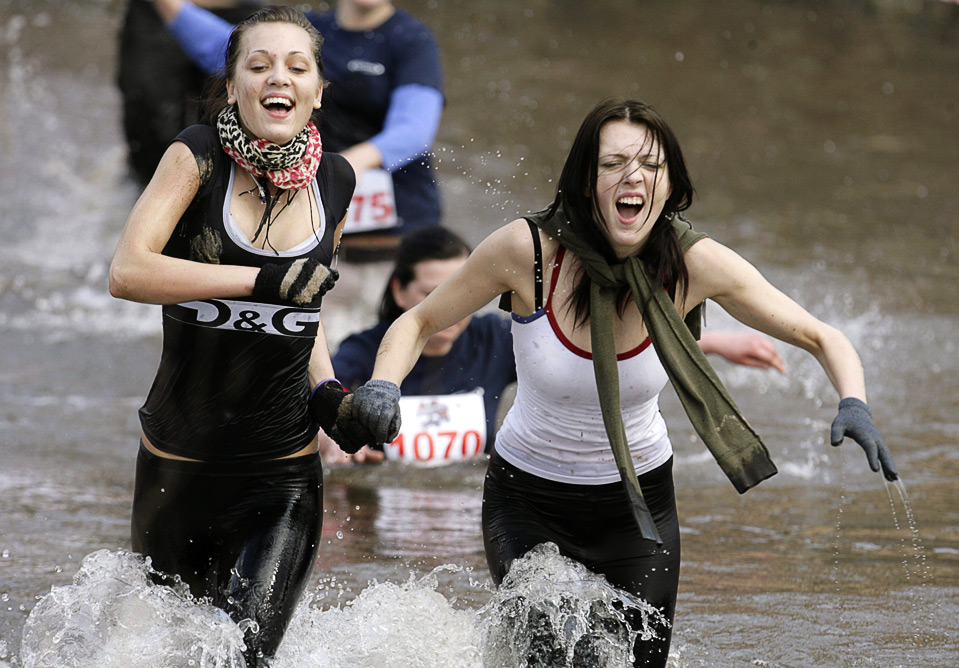 11
Competitors splash through a pond during the "Run for the Strong People" competition near Riga April 10. (REUTERS/Ints Kalnins) # 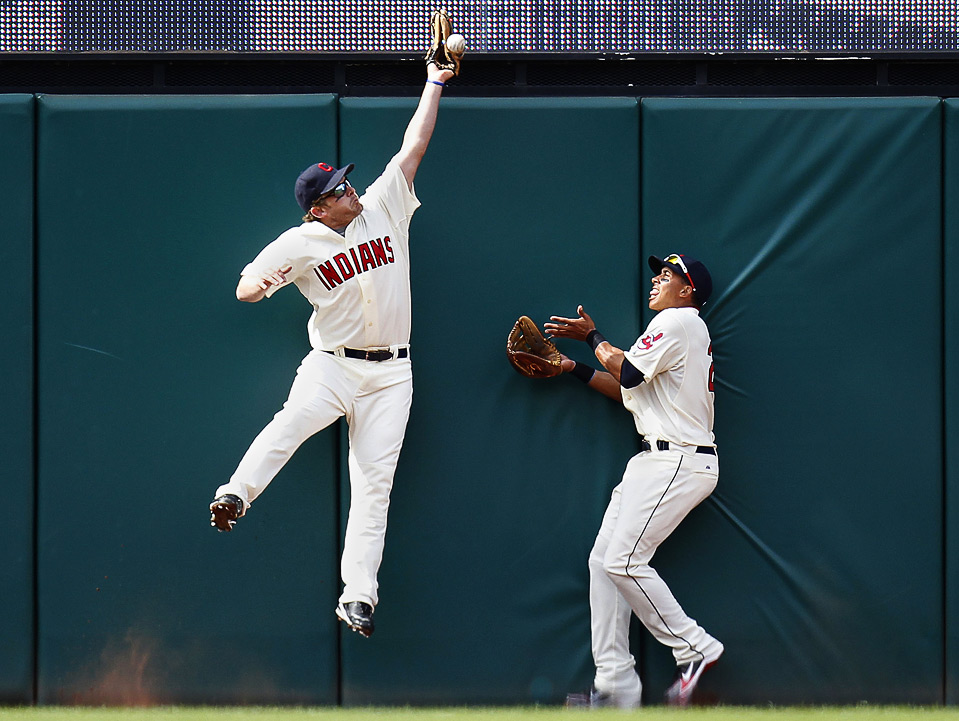 13
Michael Brantley (left) of the Cleveland Indians can't come down with a fly ball at the wall next to Shin Soo Choo against the Texas Rangers on Opening Day April 12 at Progressive Field in Cleveland. (Gregory Shamus/Getty Images) # 15
Will Venable of the San Diego Padres can't make a catch on a line drive by Clint Barmes of the Colorado Rockies during MLB action at Coors Field April 10 in Denver. (Doug Pensinger/Getty Images) # 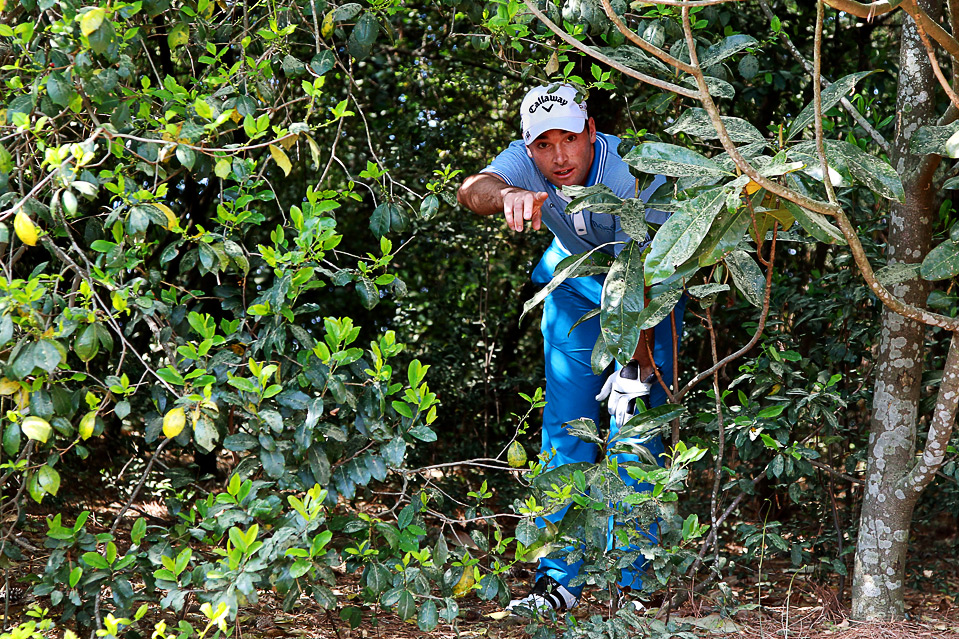 17
Oliver Wilson prepares to play a shot from the trees during the Masters at Augusta National Golf Club April 8 in Augusta, Georgia. (David Cannon/Getty Images) # 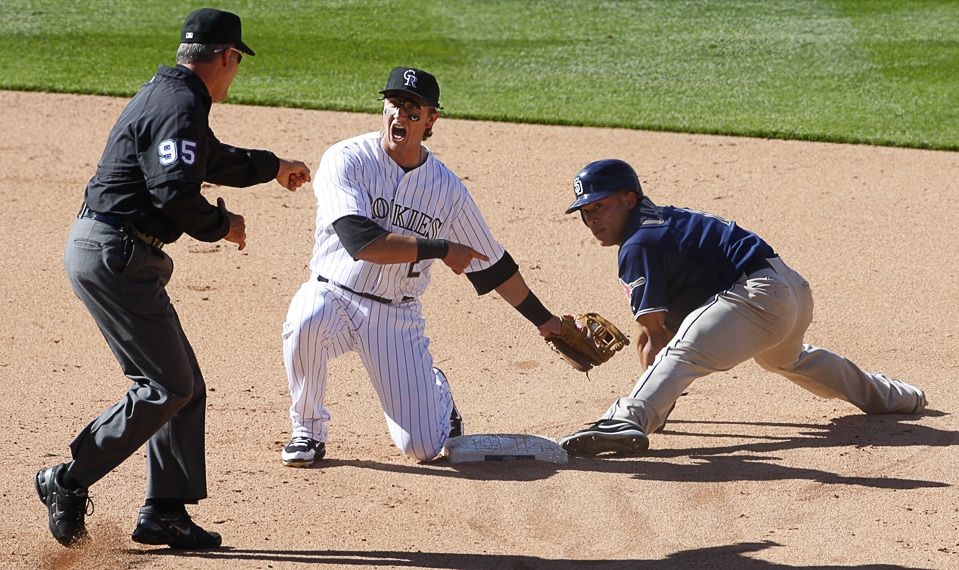 18
The Colorado Rockies' Troy Tulowitzki (center) looks to umpire Tim Timmons for the call after the San Diego Padres' Everth Cabrera slid over the bag at second on steal attempt during an MLB baseball game at Coors Field in Denver April 9. (AP Photo/Ed Andrieski) # 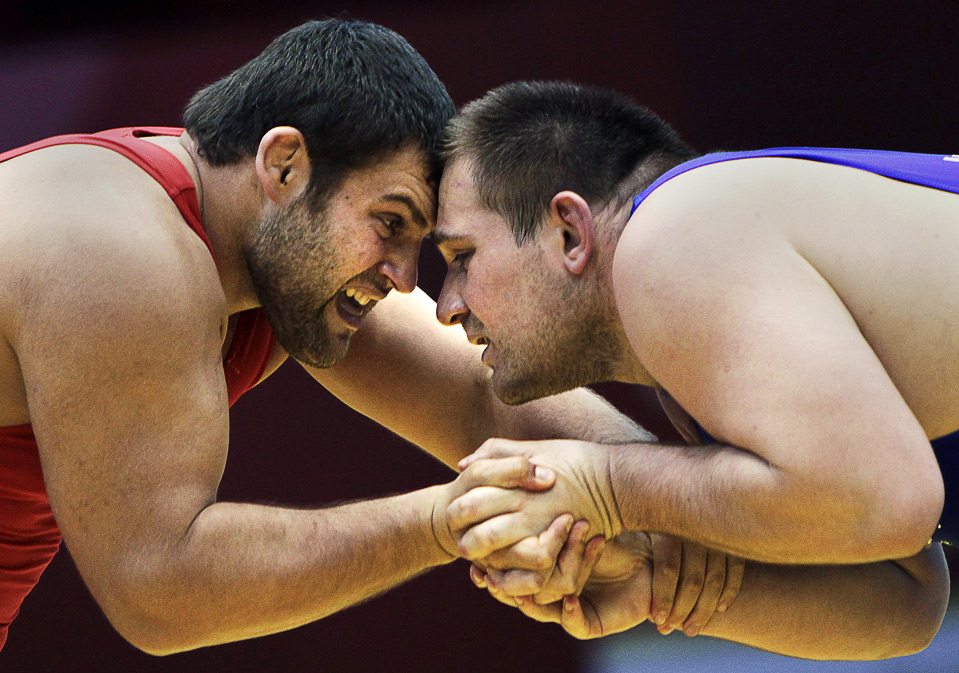 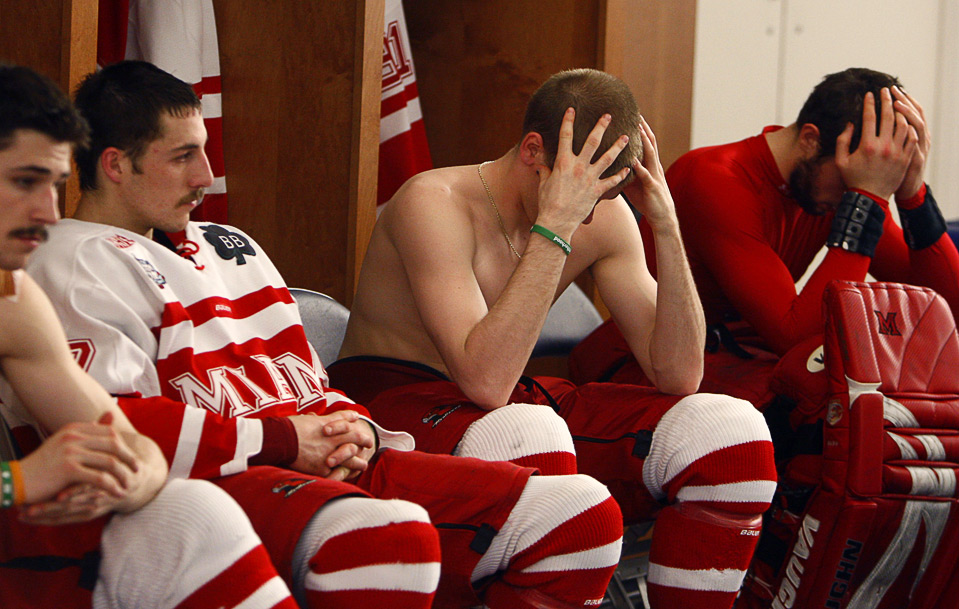 20
Miami of Ohio players sit in the locker room after their loss to Boston College in an NCAA Frozen Four semifinal hockey game in Detroit April 8. (AP Photo/Carlos Osorio) # 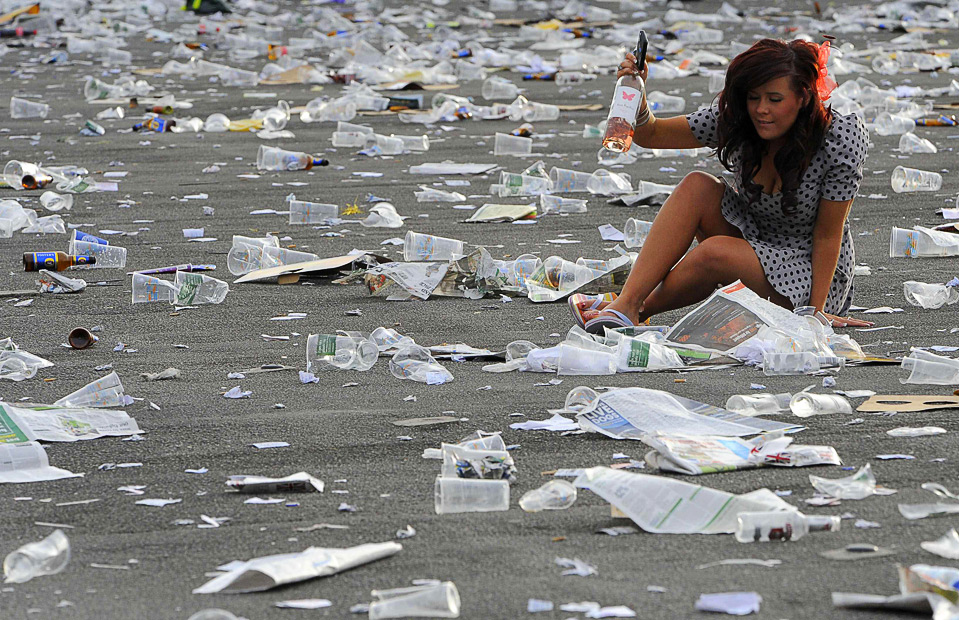 21
Somebody led this horse racing spectator to alcohol, but they didn't make her drink during The Grand National Meeting at Aintree Racecourse in Liverpool April 9. (REUTERS/Nigel Roddis) # 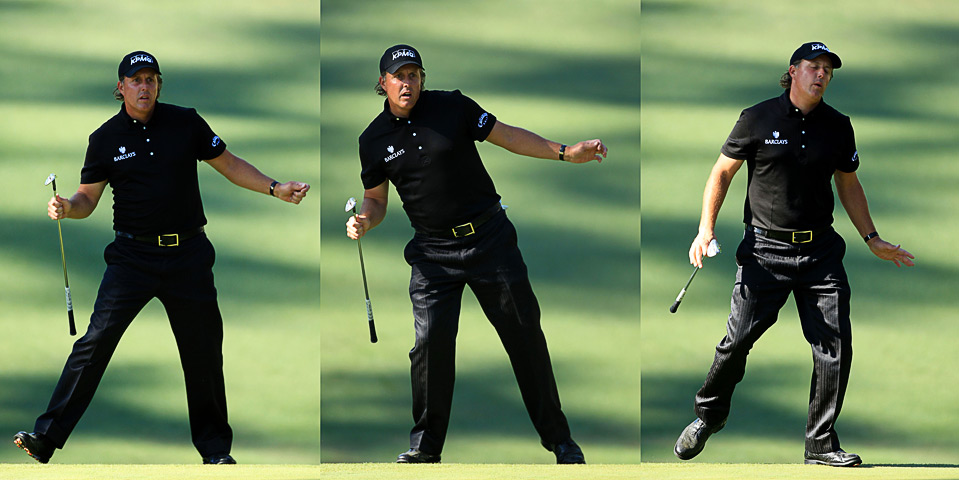 22
Phil Mickelson practices interpretive dance after a shot during the final round of the Masters at Augusta National Golf Club April 11 in Augusta, Georgia. (David Cannon/Getty Images) # 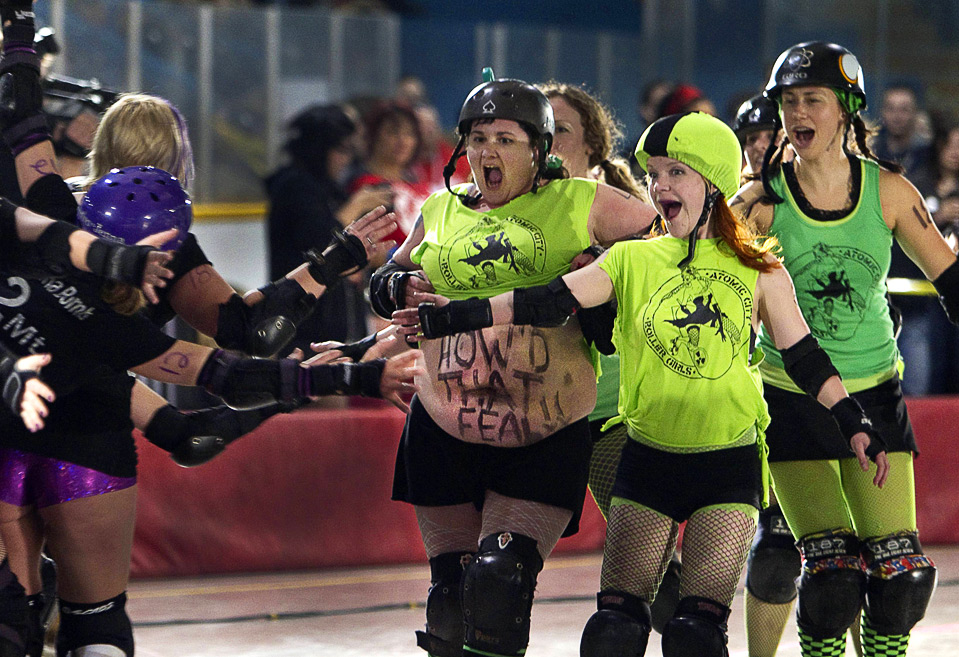 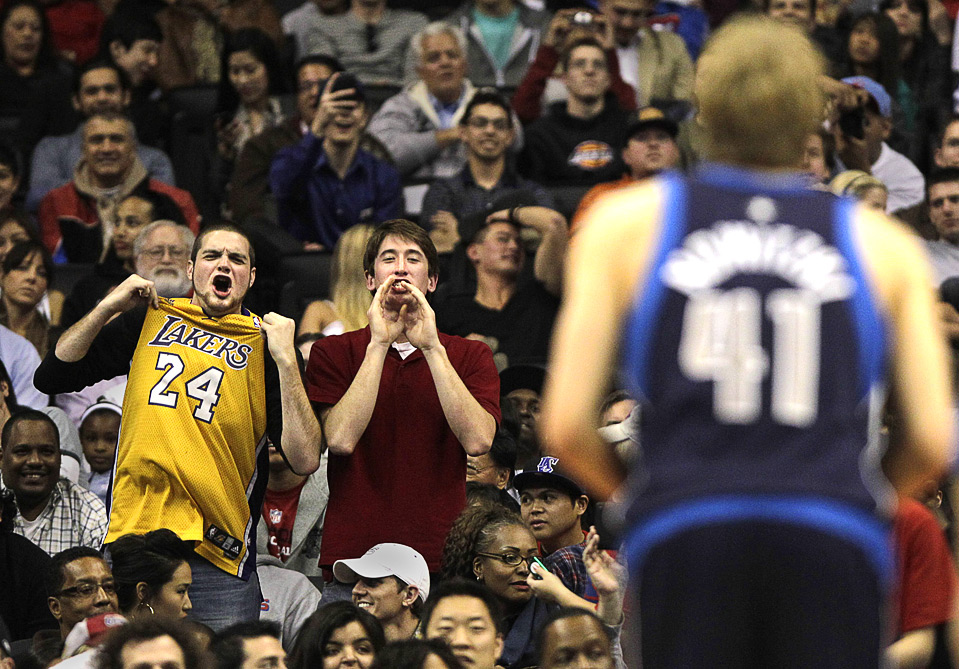 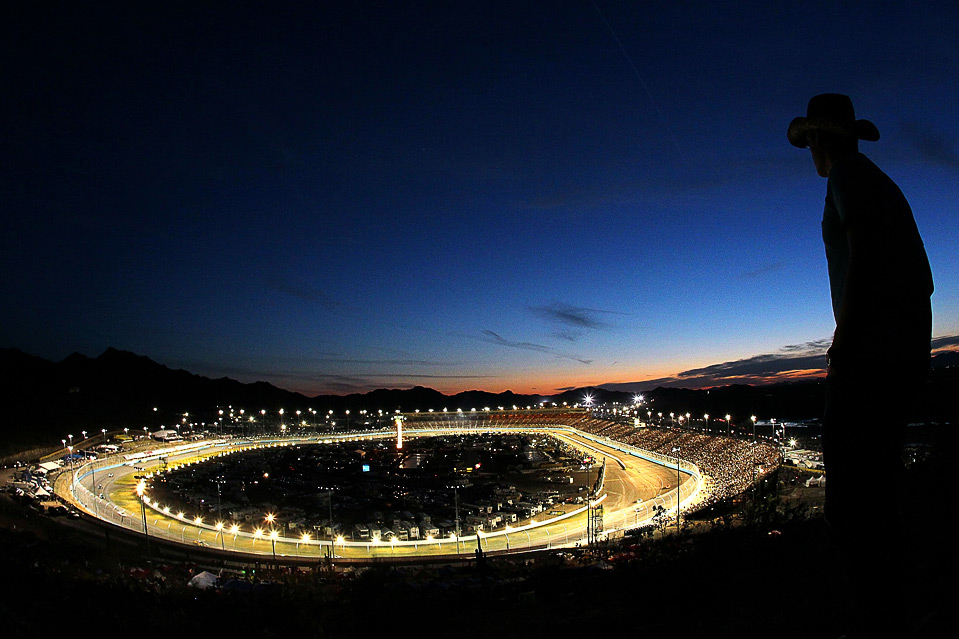 25
A fan is transfixed by cars driving in circles during a NASCAR Sprint Cup Series race at Phoenix International Raceway April 10 in Phoenix. (Jeff Gross/Getty Images for NASCAR) # 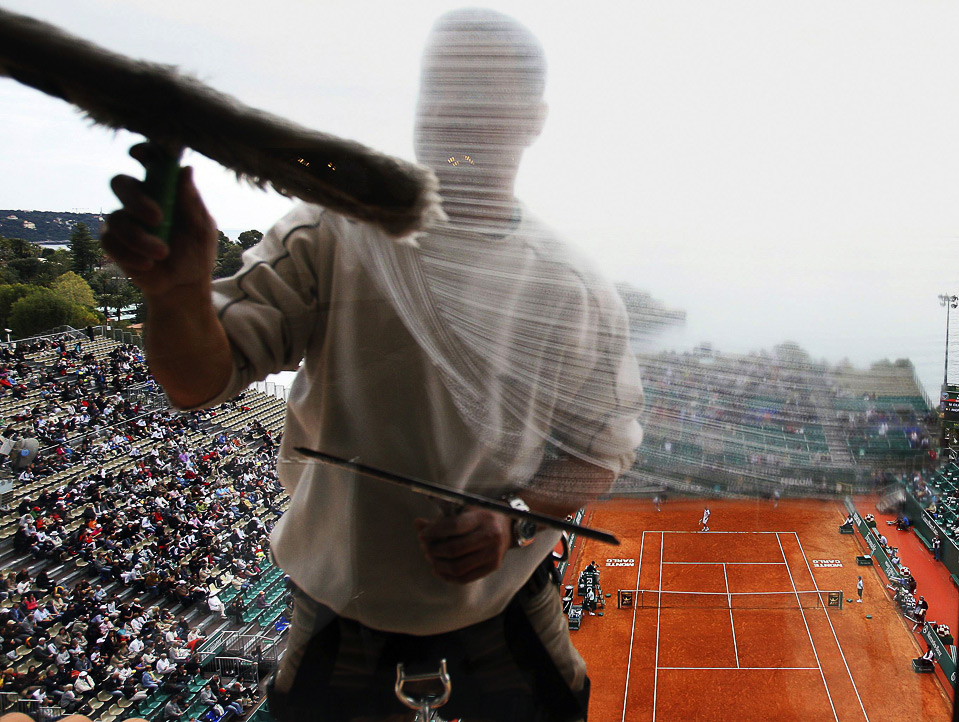 26
A window cleaner works in front of the court during the second round match between Igor Andreev and Marin Cilic in the Monte Carlo Masters tennis tournament in Monaco April 13. (REUTERS/Regis Duvignau) # 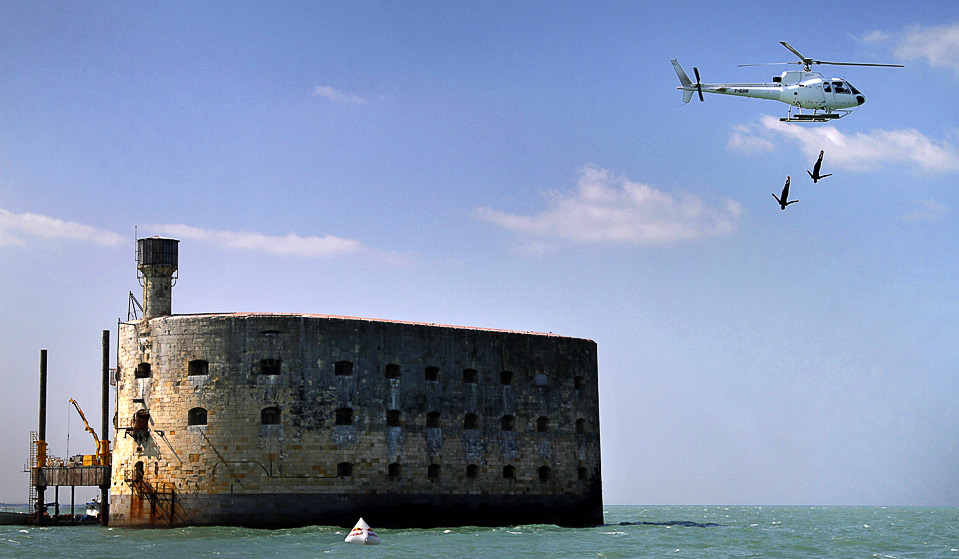 28
Divers Cyril Oumedjkane (left) and Hassan Mouti dive from a helicopter near Fort Boyard off the coast of La Rochelle, France April 12 to train for a cliff diving contest. (AP Photo / Dean Treml) # 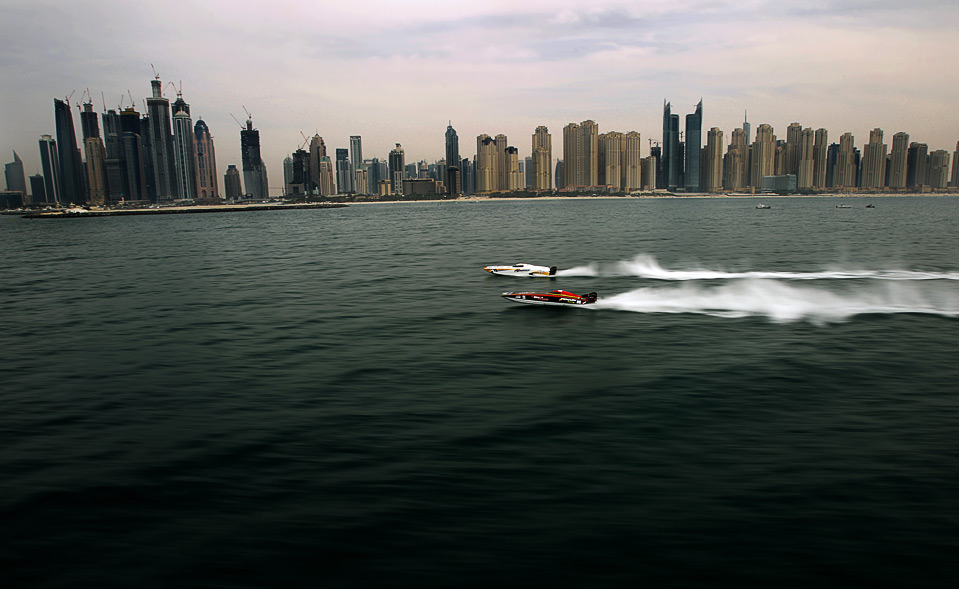 Some great pictures... love the pic of the guys jumping from the helicopter. I think they're crazy, but it's a great picture! :)

Woooow awesome especially when your an athlete yourself!!:D

I don't like #12. I read (may be incorrect) that three horses were put down following this year's Grand National.

I have a request - please include some Aussie Rules Football shots. The new season began recently, and there MUST be some ace photos to be had from that untapped resource.