The Dakar, the cross-country off-road race named for a place it no longer visits on a continent it abandoned, concluded it's second year away from Africa with teams of 88 motorcycles, 14 quads, 57 cars, and 28 trucks traversing rugged terrain in Argentina and Chile. Security fears led officials to South America. The 5600-mile stage race, spread over two weeks, covered widely varying terrain, including a crossing of the Atacama Desert, and pushed both participants and machines to their limits. ( 30 photos total) 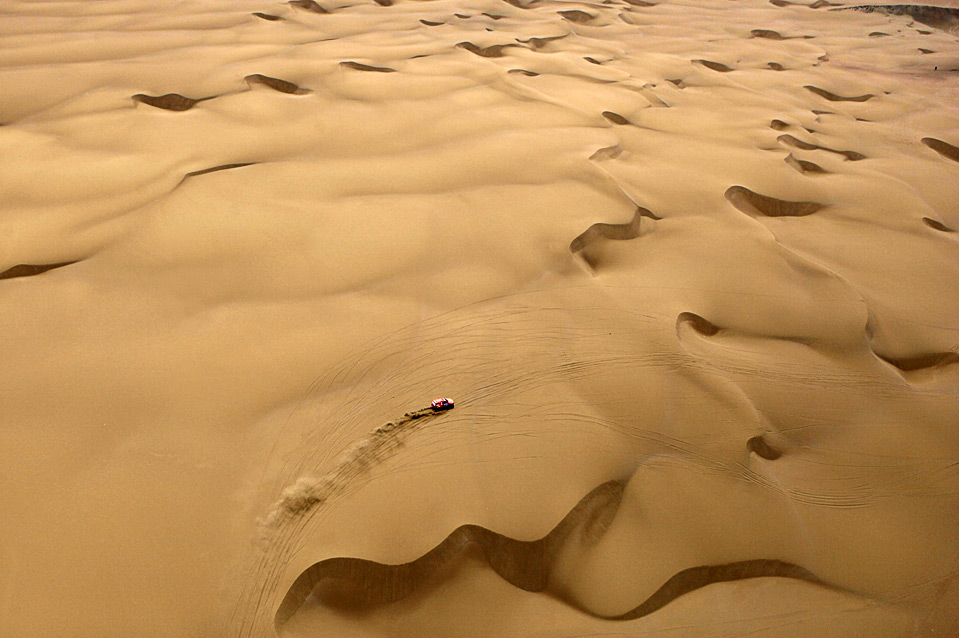 A car races in stage six of The Dakar rally between Antofagasta and Iquique, Chile January 7. (AP Photo/Natacha Pisarenko) 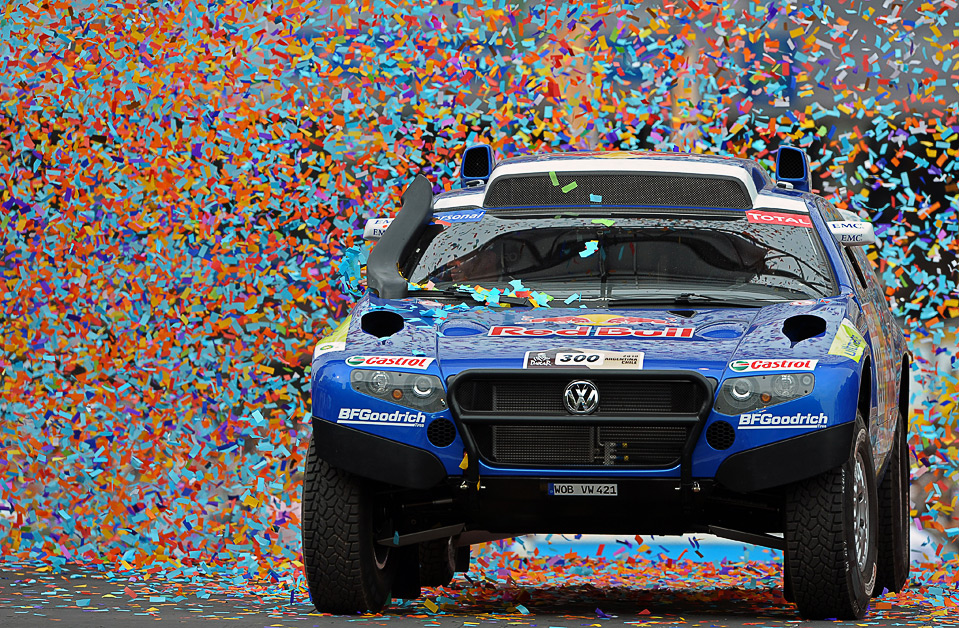 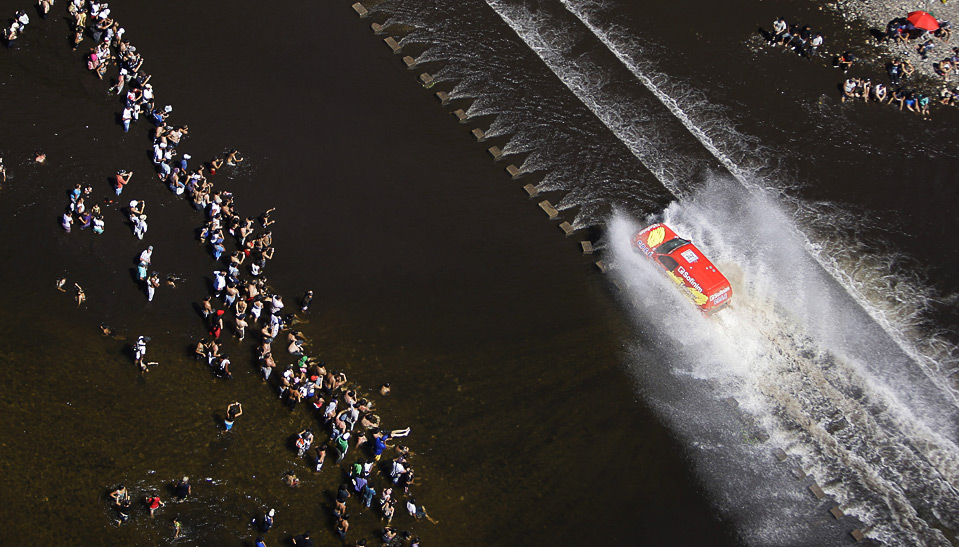 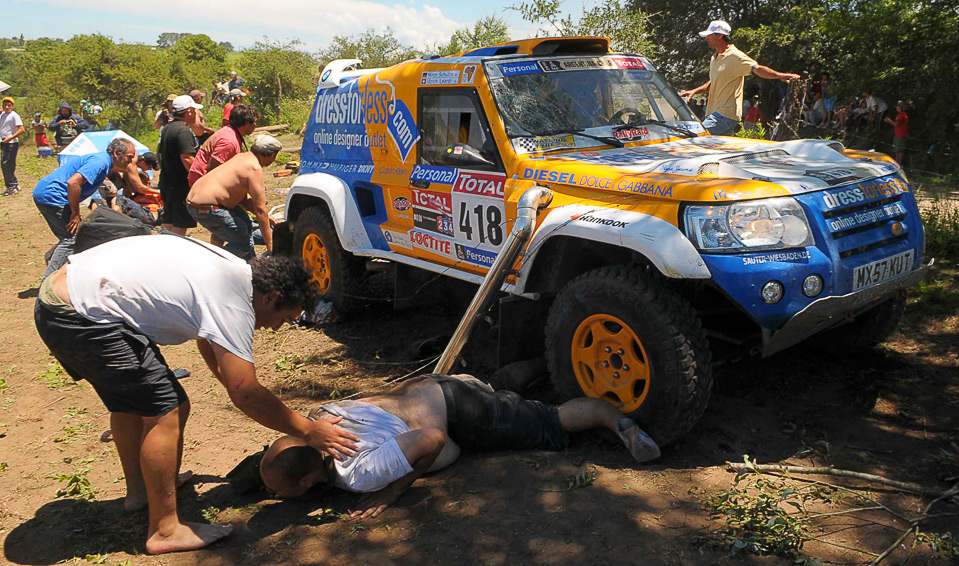 4
A man comforts a spectator injured after drivers Mirco Schultis and Ulrich Leardi careered off course in Alpa Corral, Cordoba January 2. The Dakar's grim reputation as the world's deadliest race claimed another victim when a female spectator was killed on the opening stage of the 9,000km event. (HO/AFP/Getty Images) # 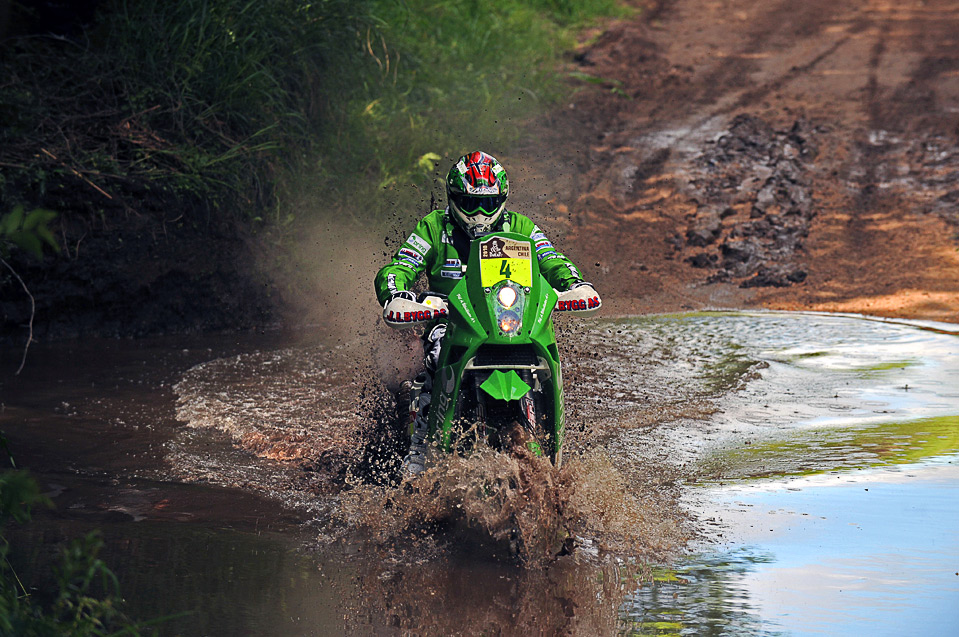 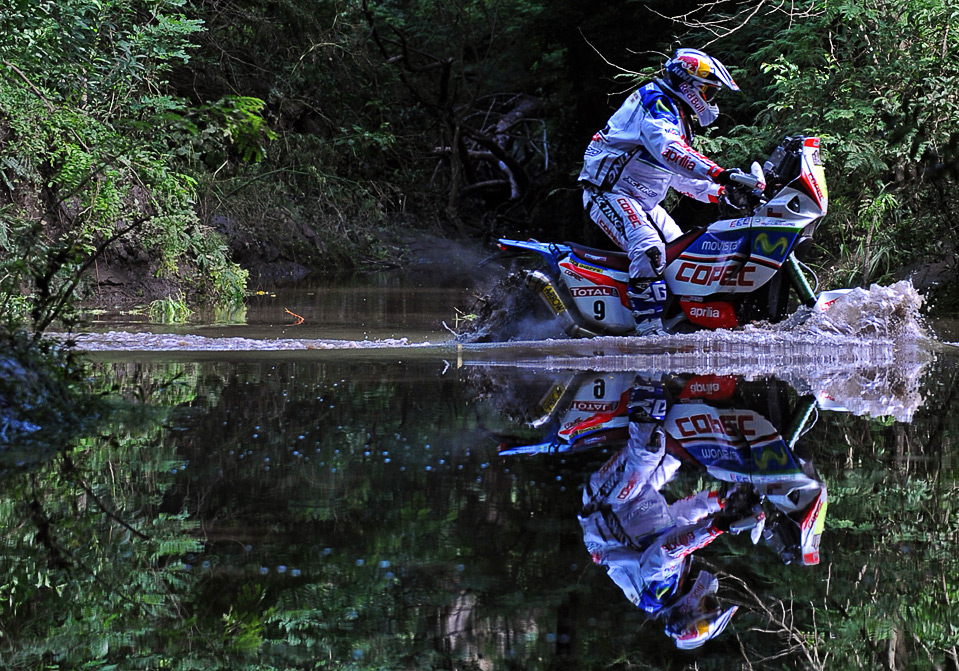 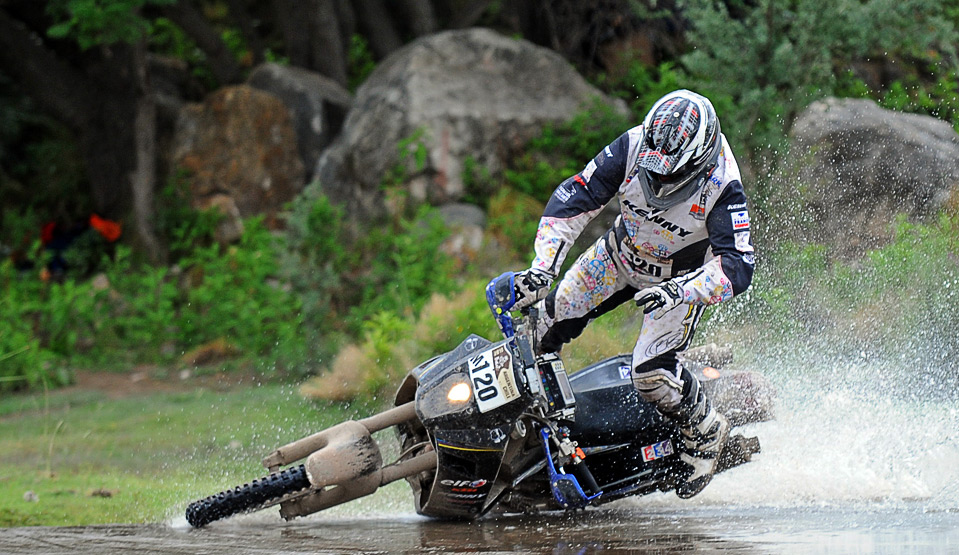 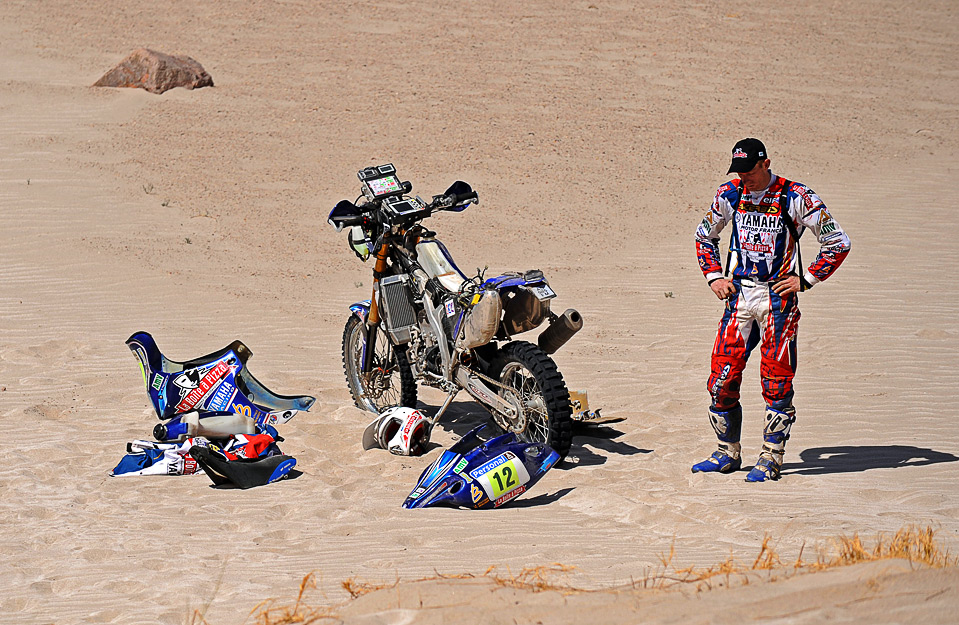 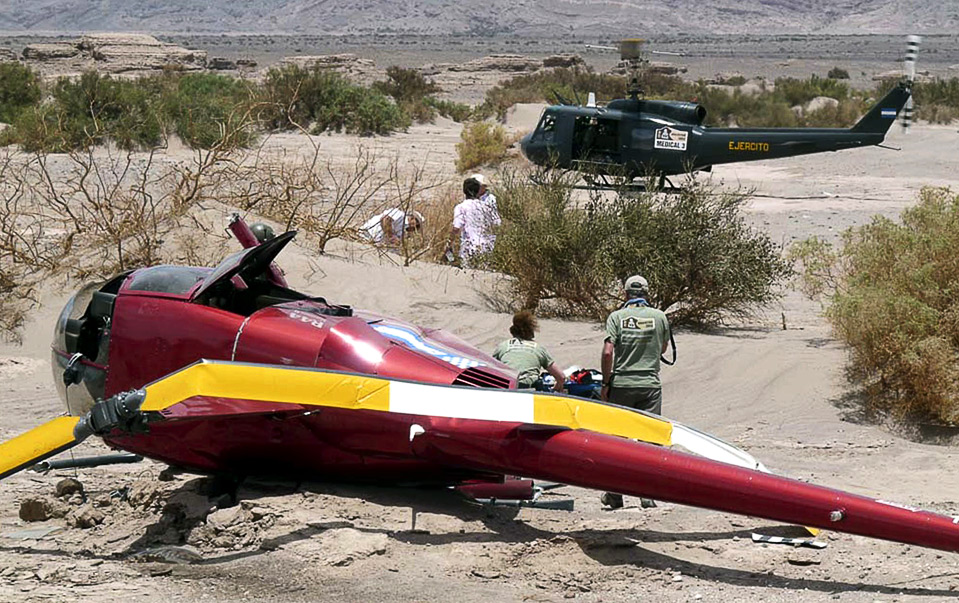 9
Rescue personnel evacuate the injured from a crashed Robinson 44 helicopter in Fiambala, Argentina January 4. The pilot, co-pilot and two reporters who were following the second South American edition of The Dakar sustained injuries in the crash. (REUTERS/Ministry of Defense/Handout) # 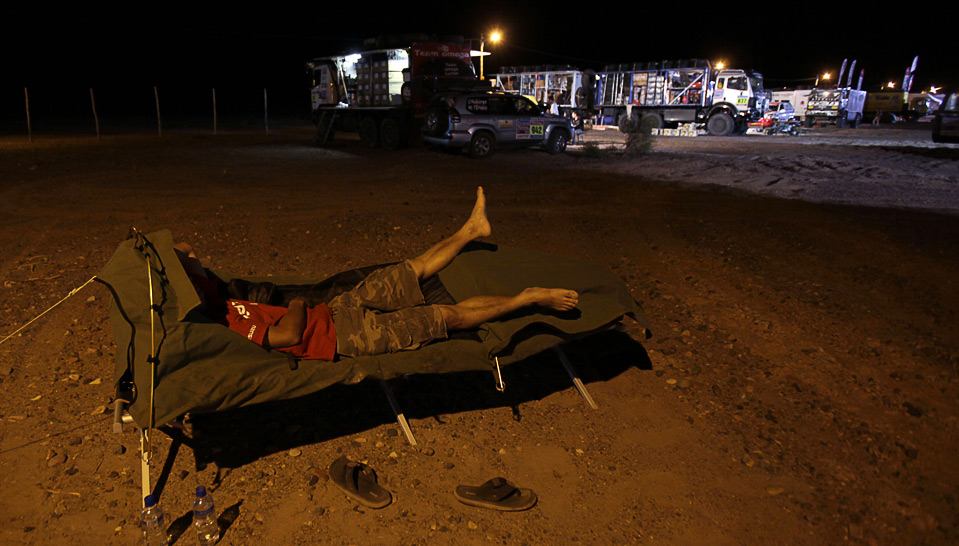 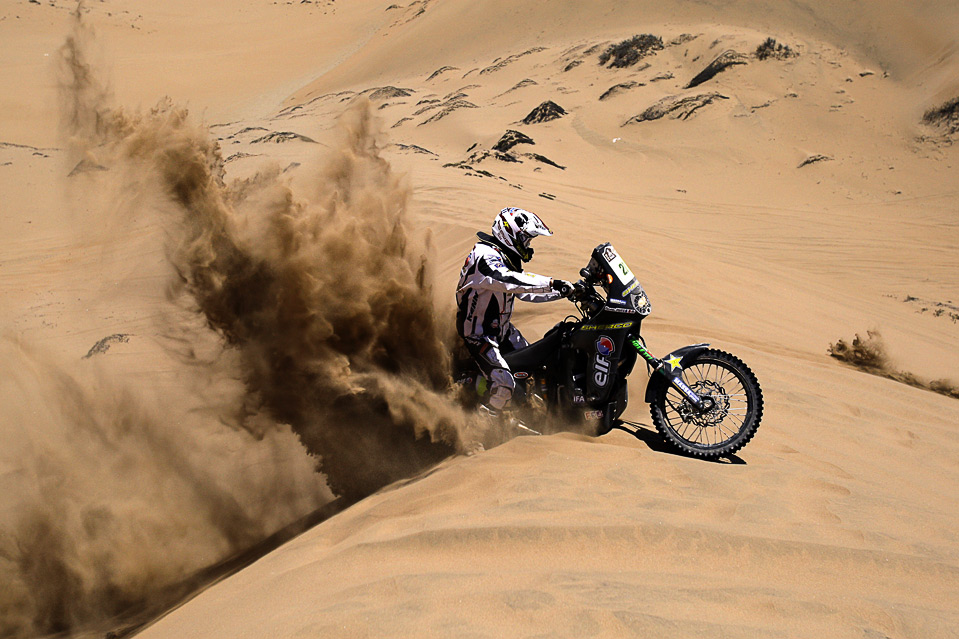 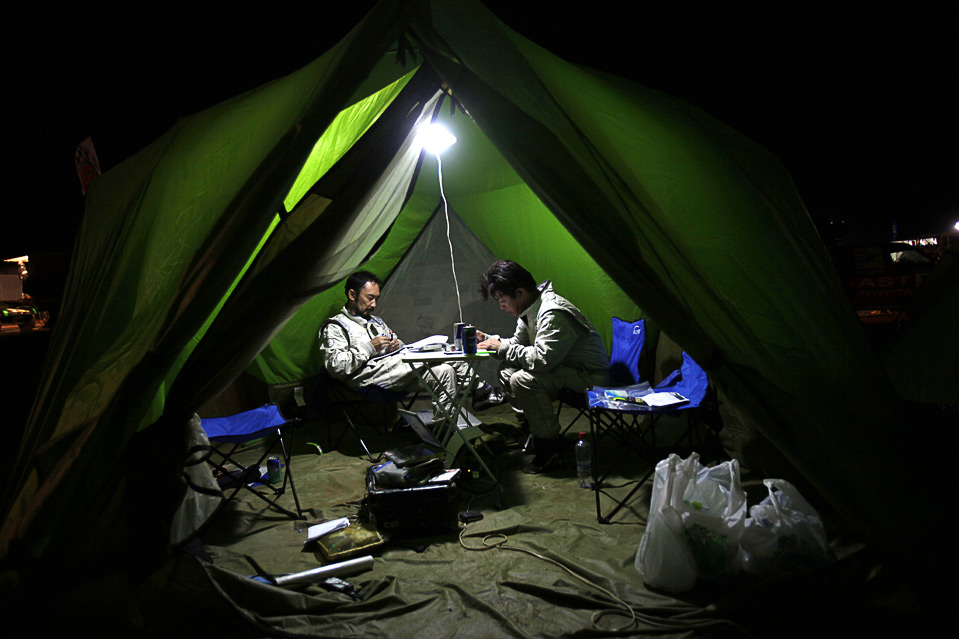 12
Yoshimasa Sugawara (left) and and co-driver Katsumi Hamura read the road book in their tent at the Dakar encampment after stage four in Copiapo, Chile January 5. (AP Photo/Natacha Pisarenko) # 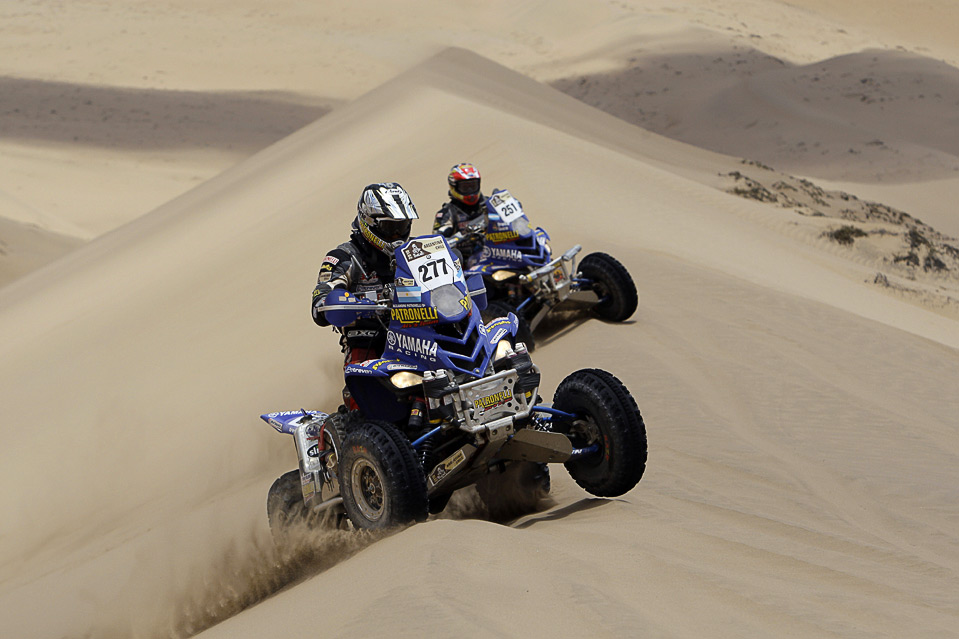 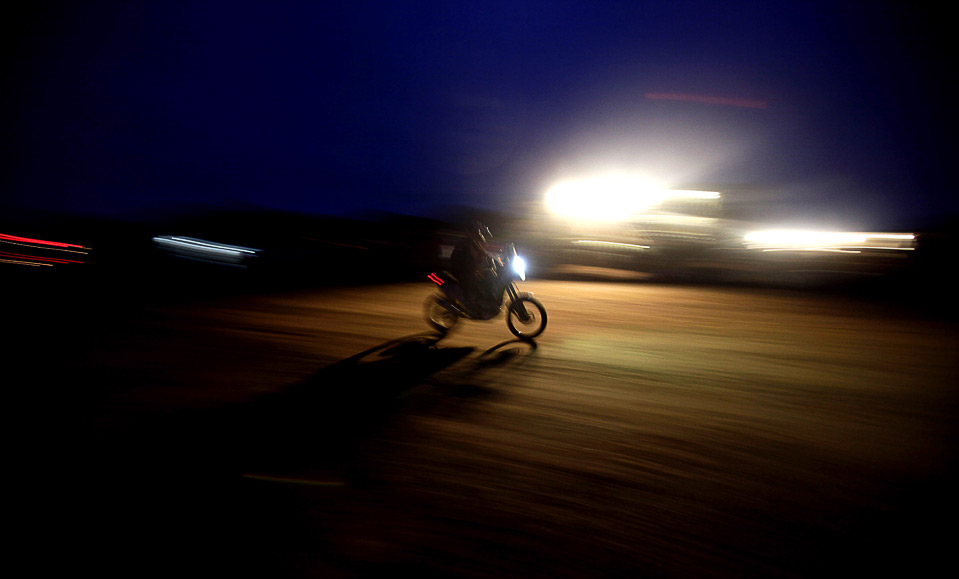 15
A Dakar competitor leaves the Copiapo encampment for the start line before stage five between Copiapo and Antofagasta, Chile January 6. (AP Photo/Natacha Pisarenko) # 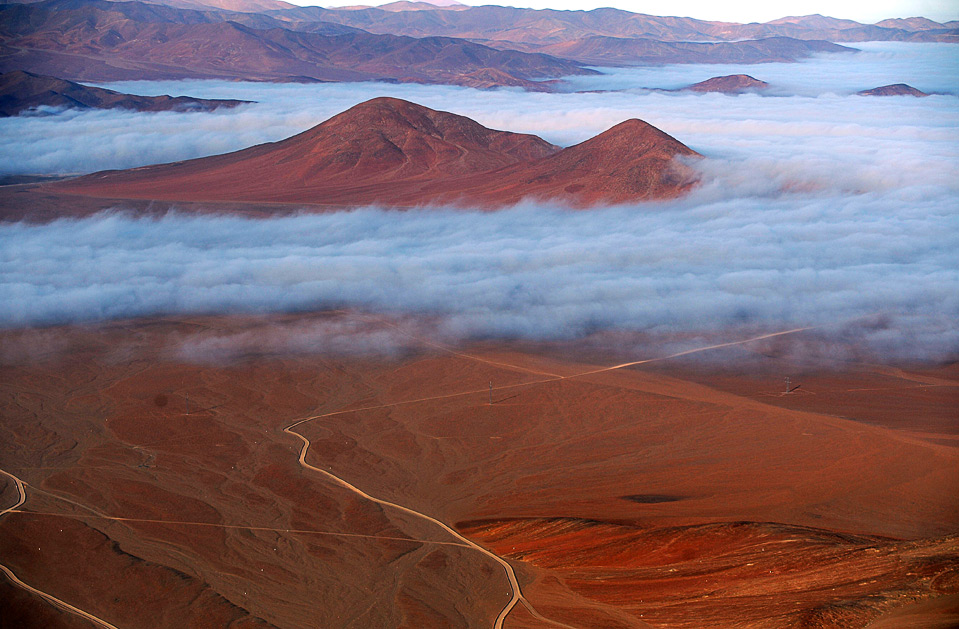 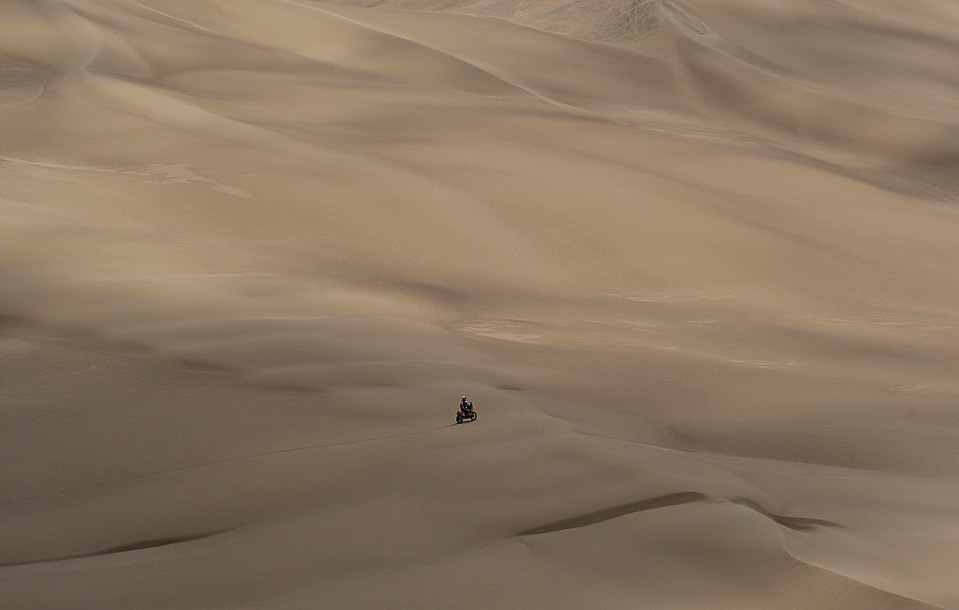 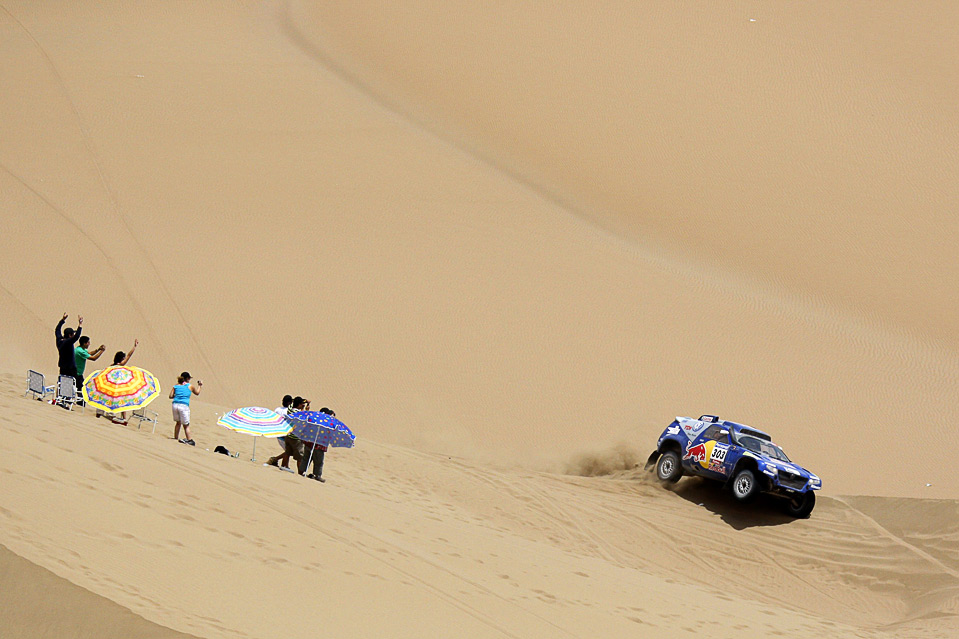 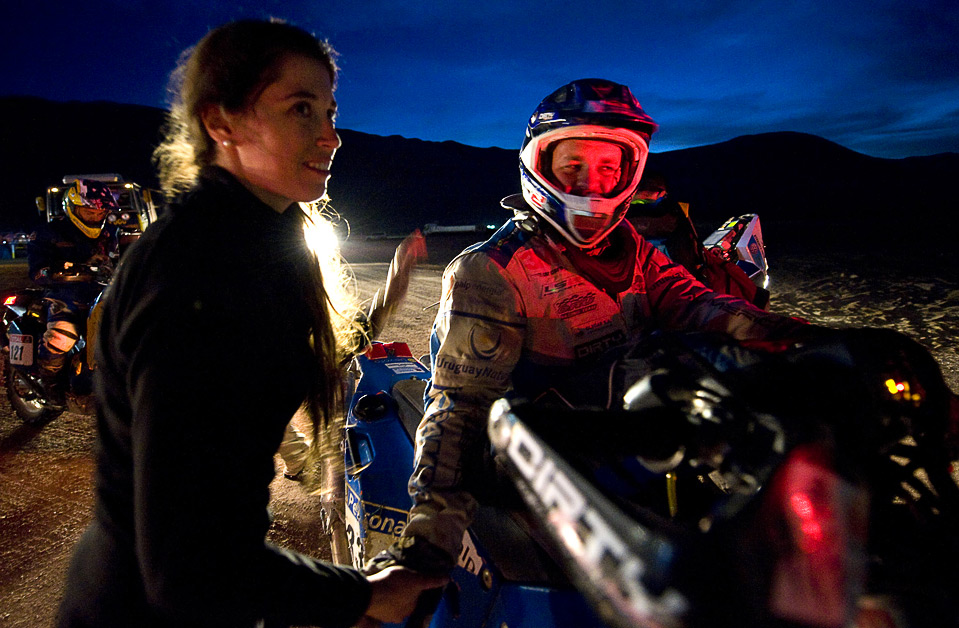 19
Laurent Lazard waits with his wife before heading to the start line before stage seven between Iquique and Antofagasta, Chile January 8. (MARTIN BERNETTI/AFP/Getty Images) # 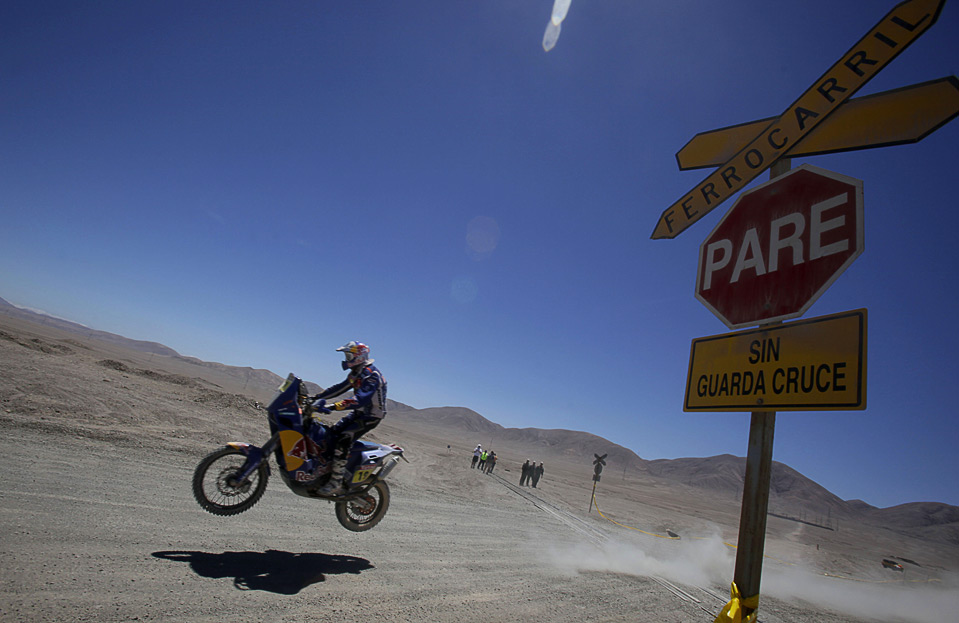 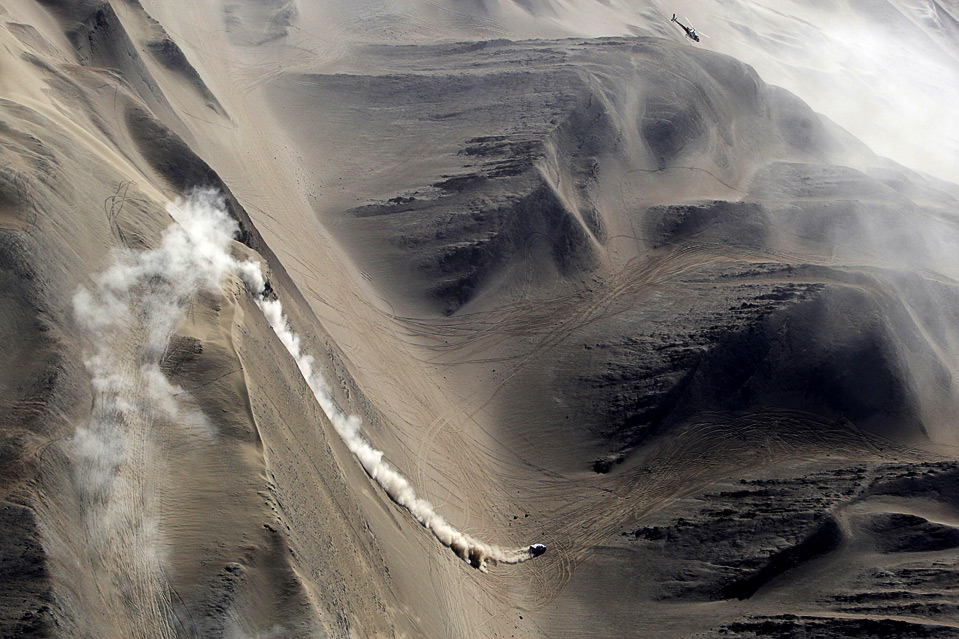 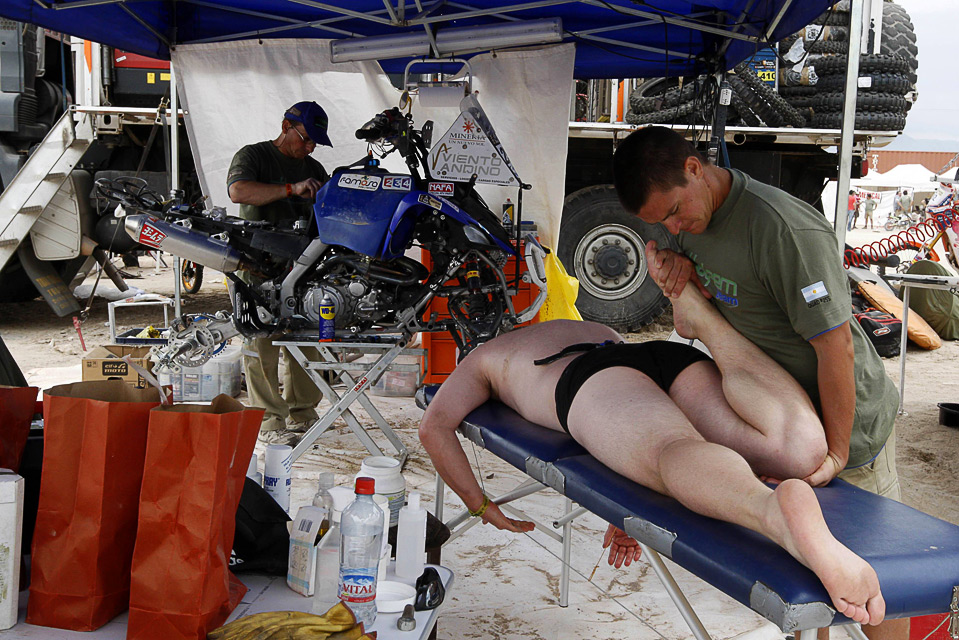 22
Sebastien Halpern gets a massage as a mechanic checks his quad during the rest day in Antofasgasta, Chile January 9. (REUTERS/Jacky Naegelen) # 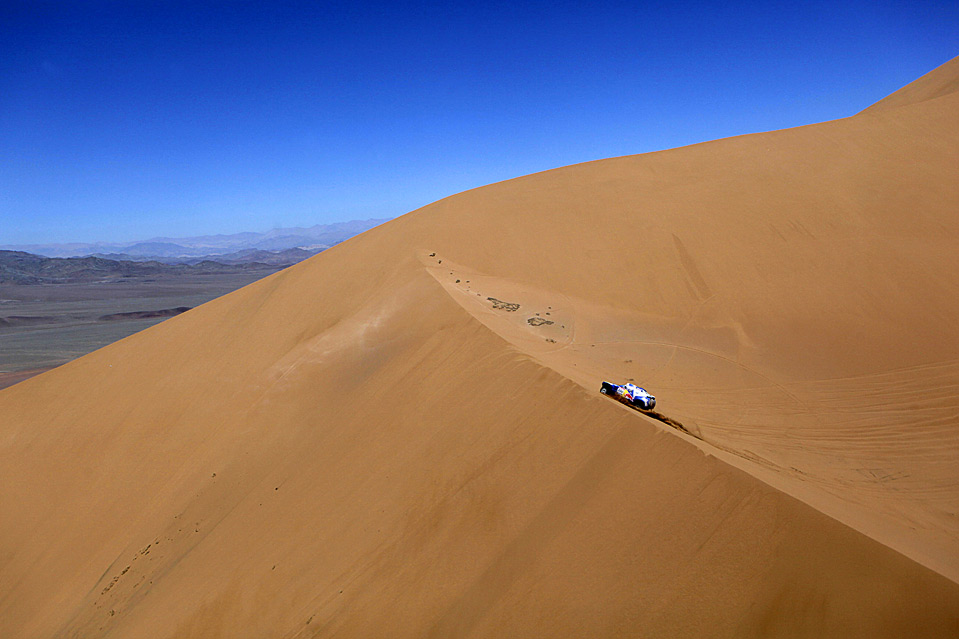 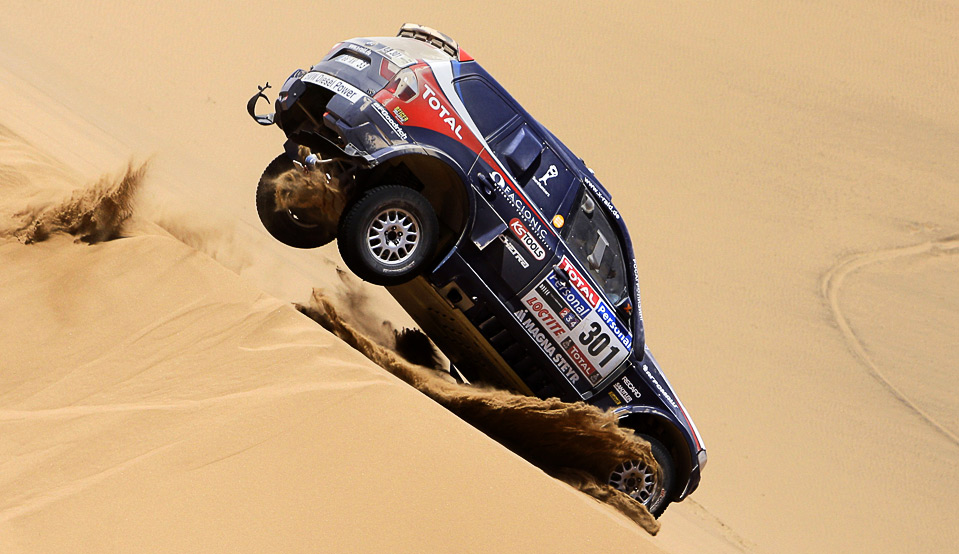 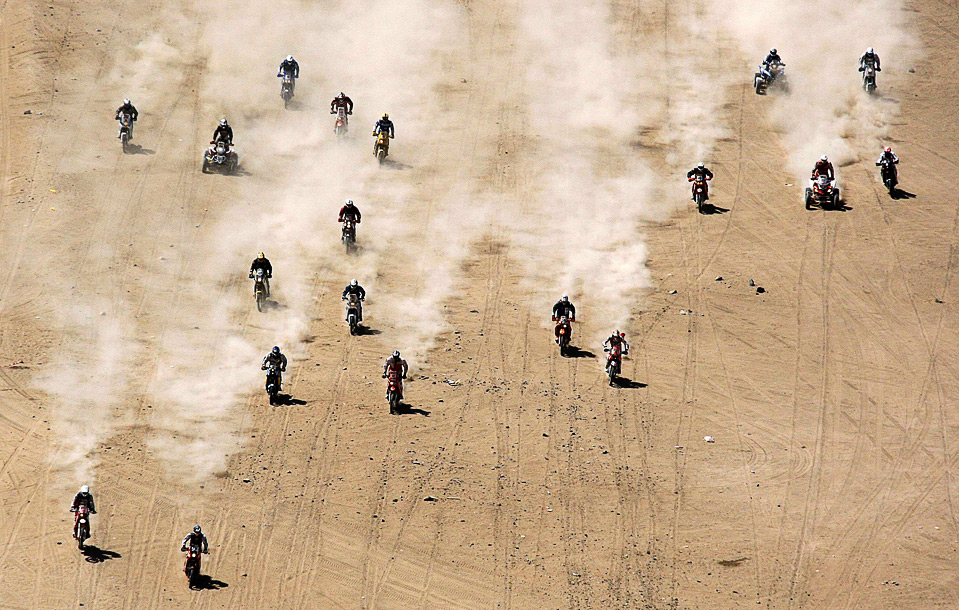 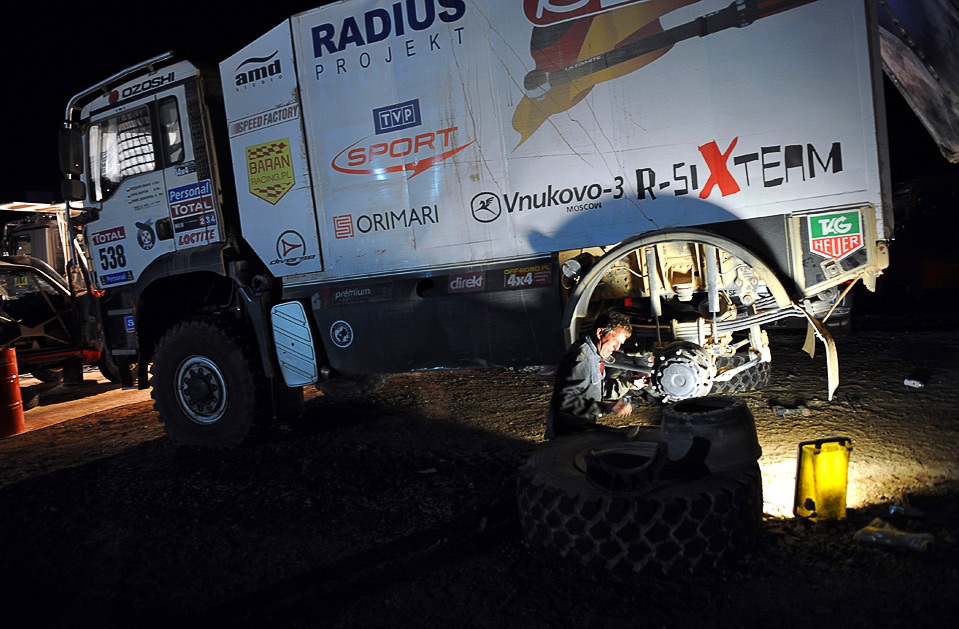 26
A mechanic works on a truck early on January 11 before stage nine between Copiapo and La Serana, Chile. (GABRIEL BOUYS/AFP/Getty Images) # 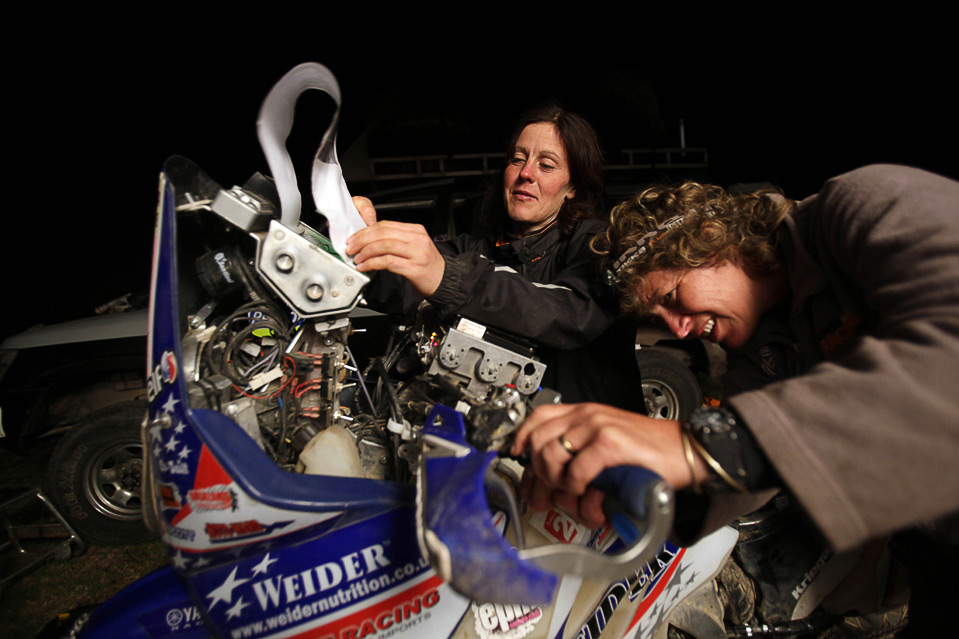 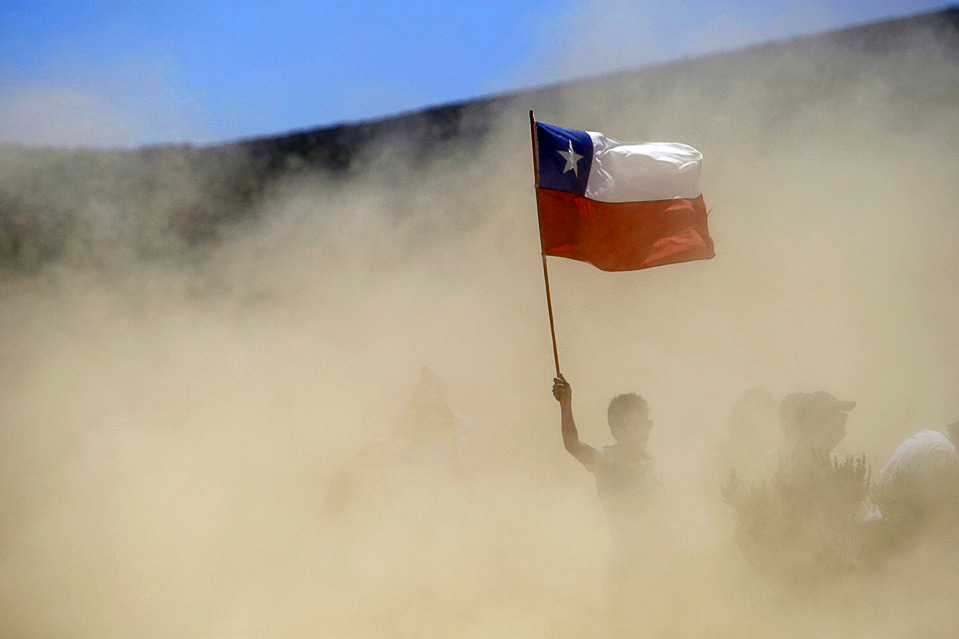 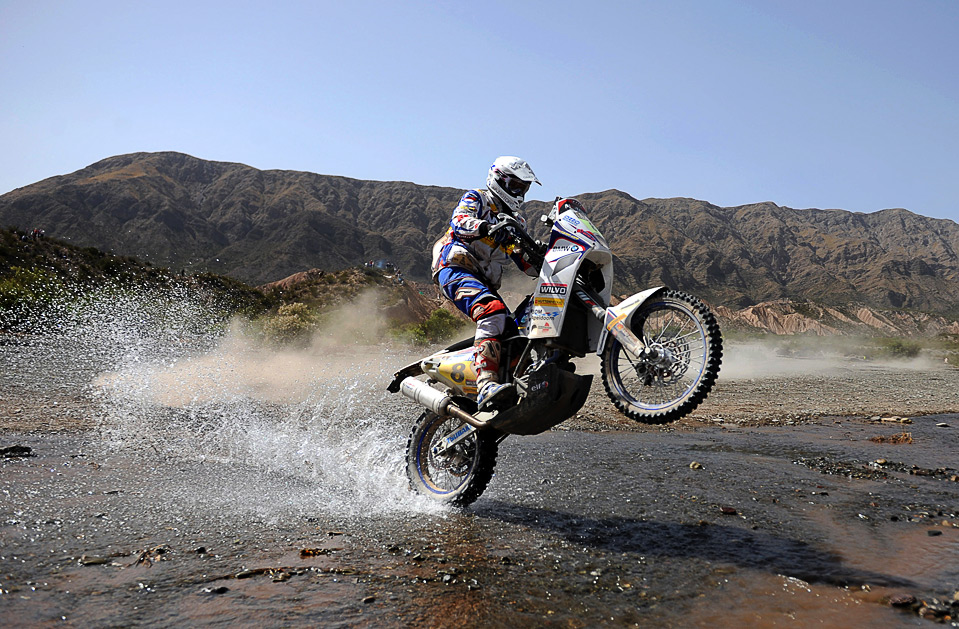 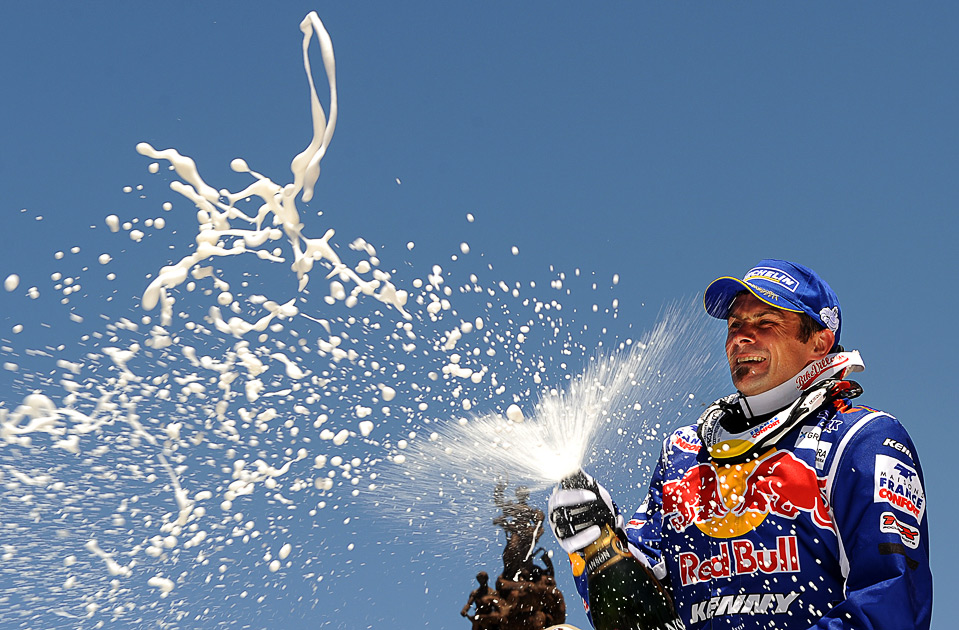