Welcome to Part 3 of my 100 favorite sports pictures of the year. Missed the first two parts? Check out the links at the bottom of the page. And check back next Thursday for the final segment. Part 3 represents the months of July, August, and September, and was the hardest so far to edit. There was just so much good work. What's your favorite so far? ( 25 photos total) 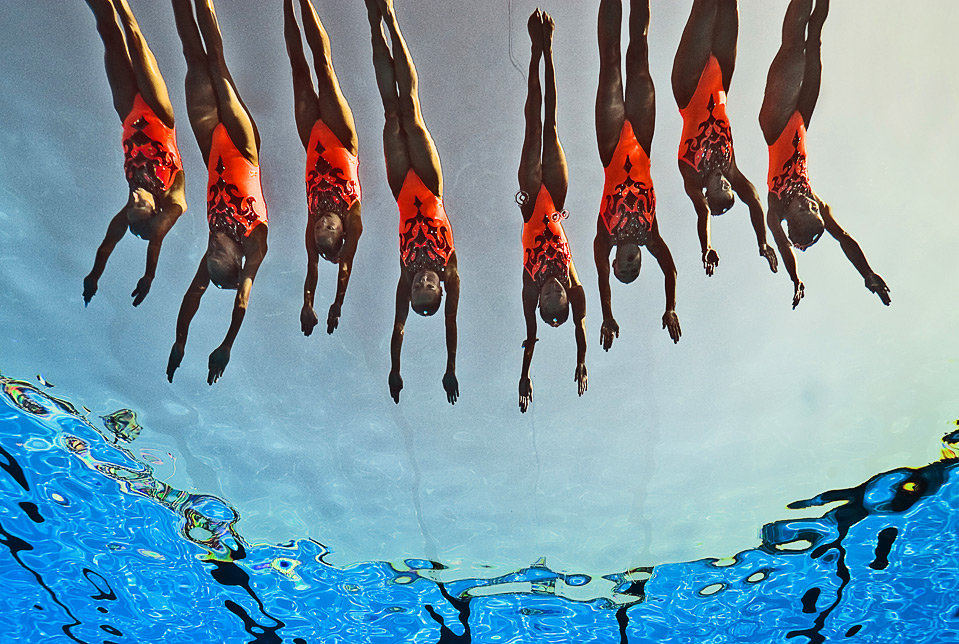 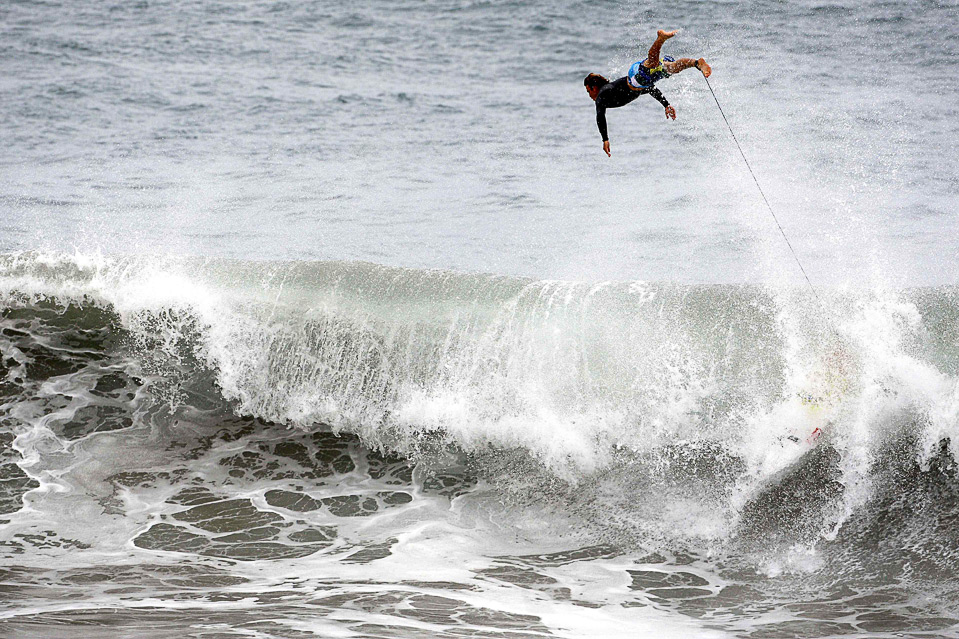 2
Eric Geiselman takes to the air during a practice run prior to competing in the US Open of Surfing in Huntington Beach, Calif. July 24. (AP Photo/Richard Vogel) # 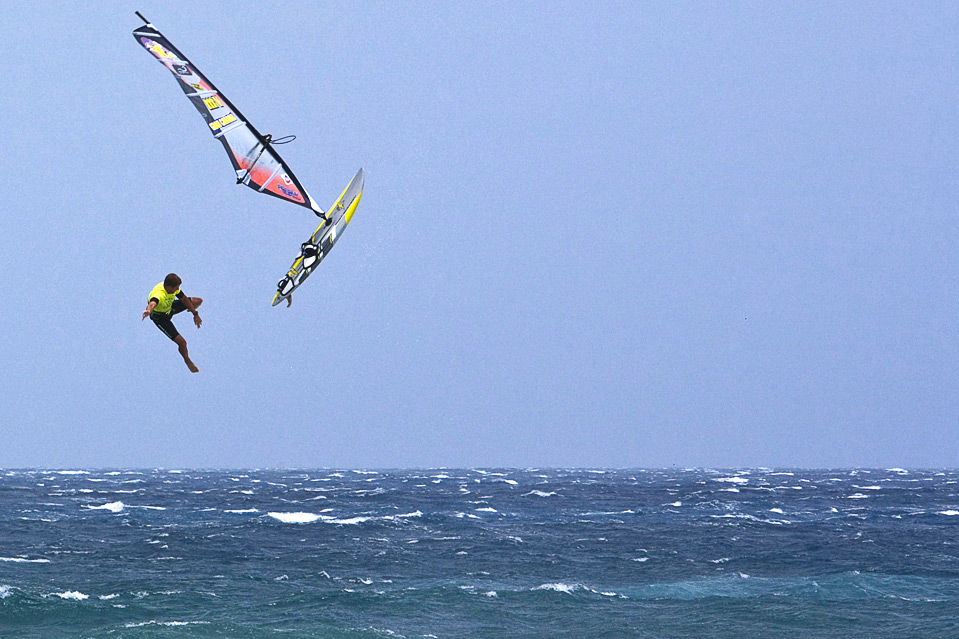 4
Australia's Caitlin Blaauw competes in the women's wakeboard competition at the World Games in Kaohsiung, Taiwan July 22. The World Games drew more than 4,700 athletes from across the globe to compete in 31 sports not included in the Olympics. (SAM YEH/AFP/Getty Images) # 5
The White Loving Dragonfly team performs during the Flugtag Russia 2009 on the outskirts of Moscow August 9. Enthusiasts competed to fly the longest distance in self-made aircraft. (REUTERS/Sergei Karpukhin) # 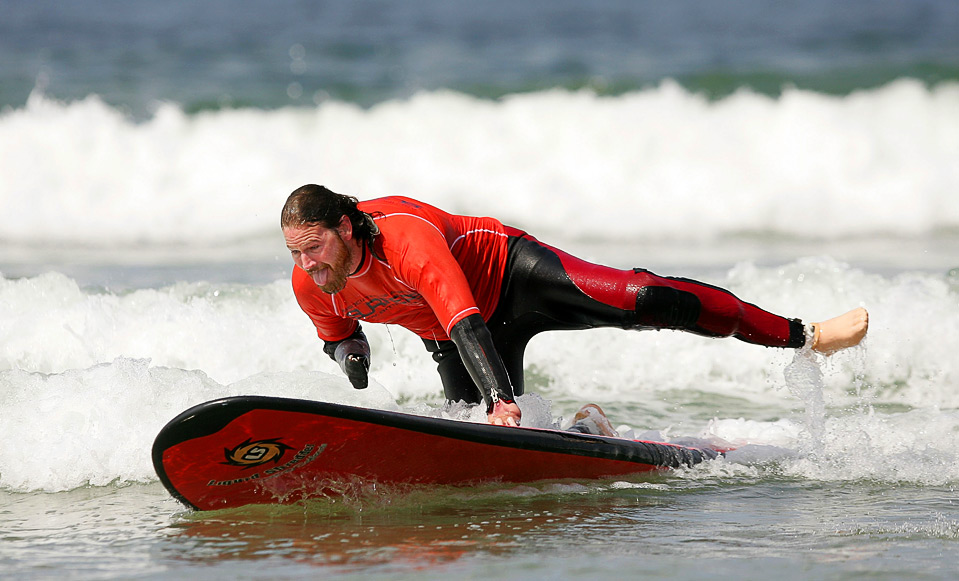 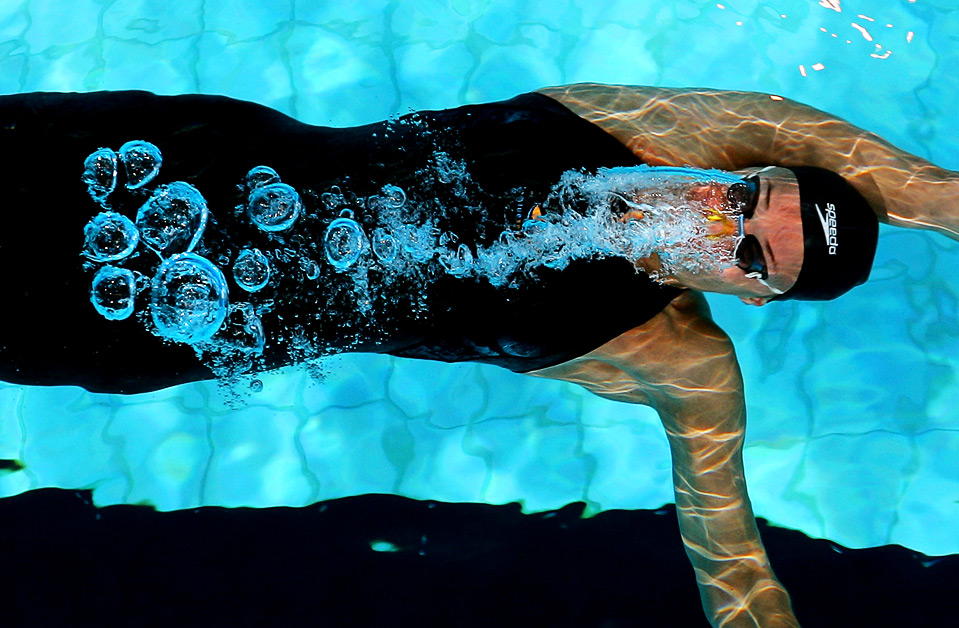 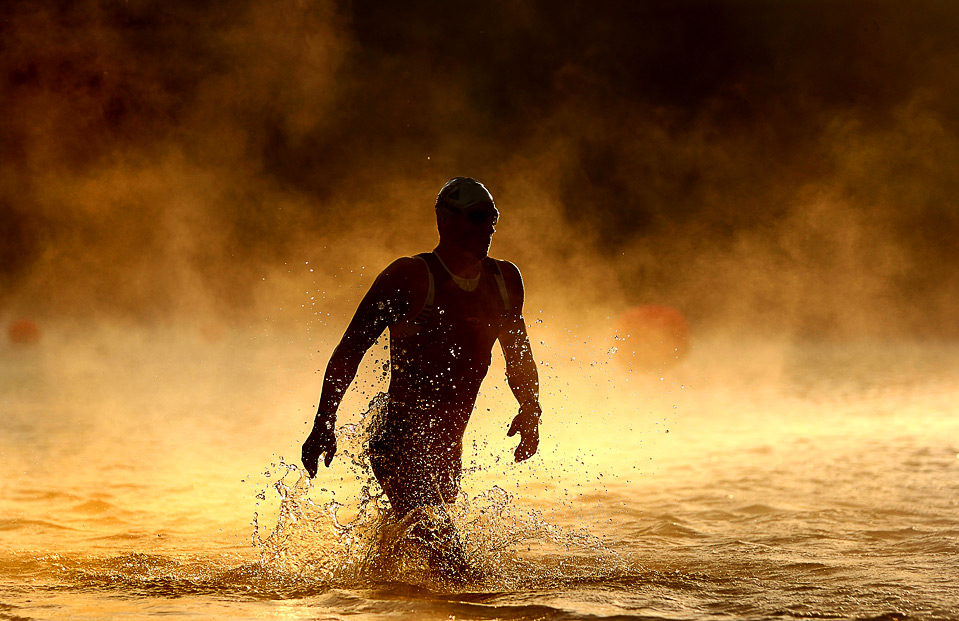 8
An athlete exits the water after finishing the 1.2 mile swim in the Vineman Ironman 70.3 July 19 in Santa Rosa, Calif. (Ezra Shaw/Getty Images) # 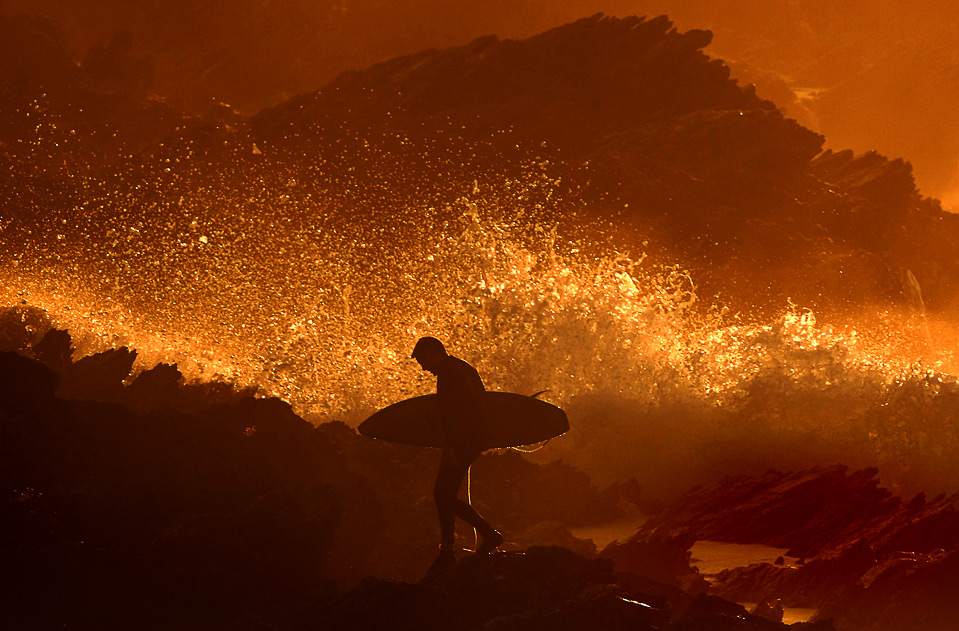 9
A surfer makes his way across the rocks during the Relentless Boardmasters surfing feastival August 5 in Newquay, England. (Clive Rose/Getty Images) # 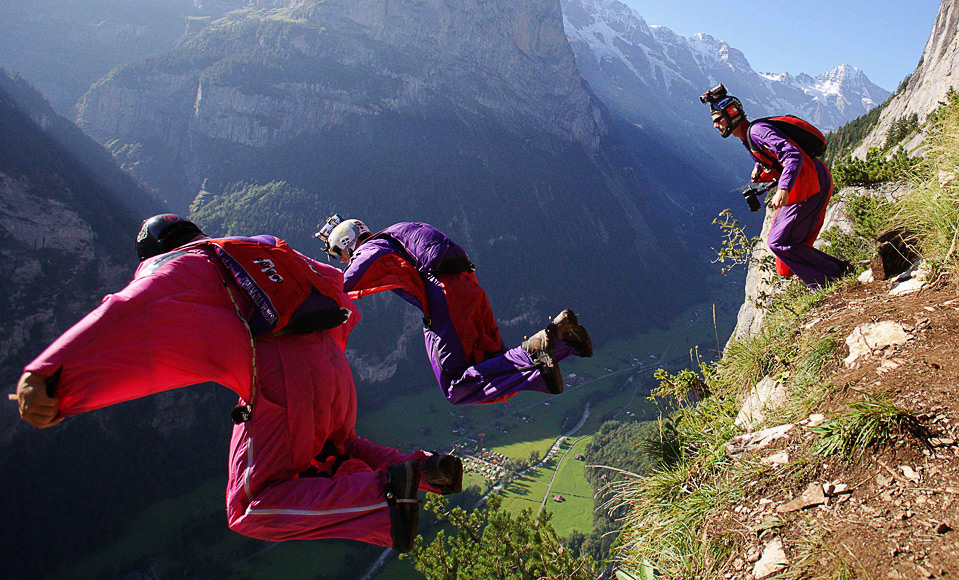 10
BASE jumpers leap from an alpine cliff in the Lauterbrunnen Valley in Bernese Oberland, Switzerland August 13. (REUTERS/Pascal Lauener) # 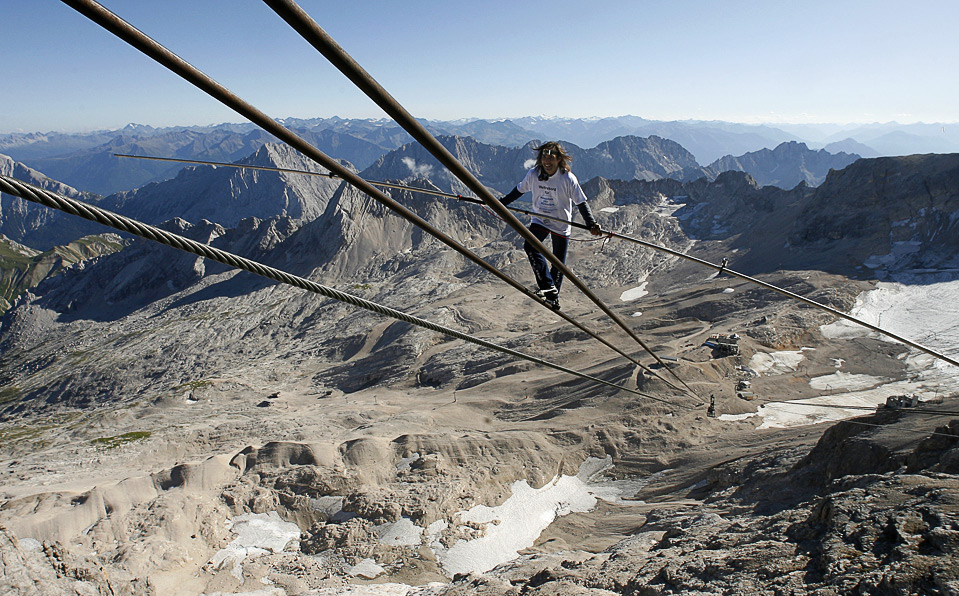 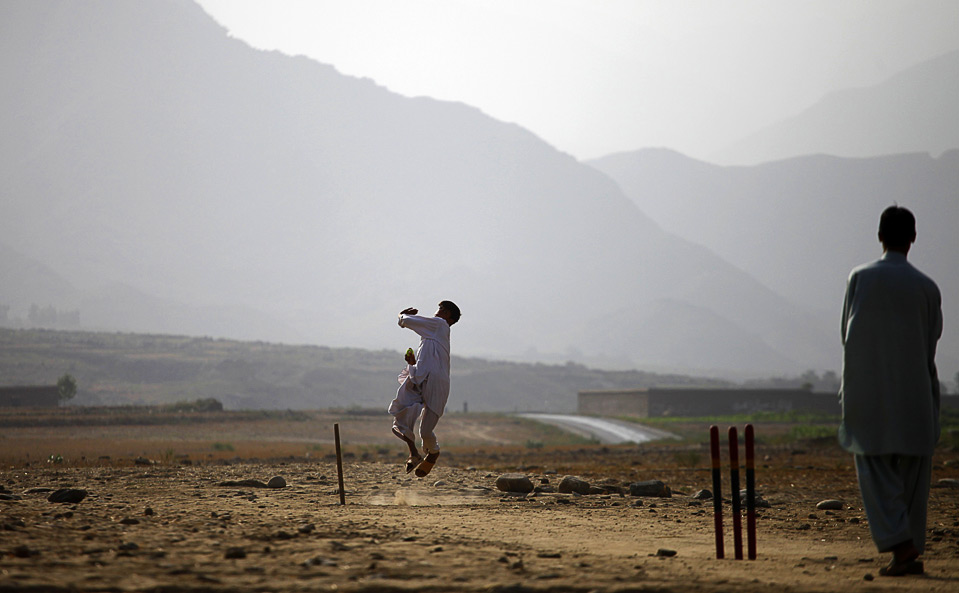 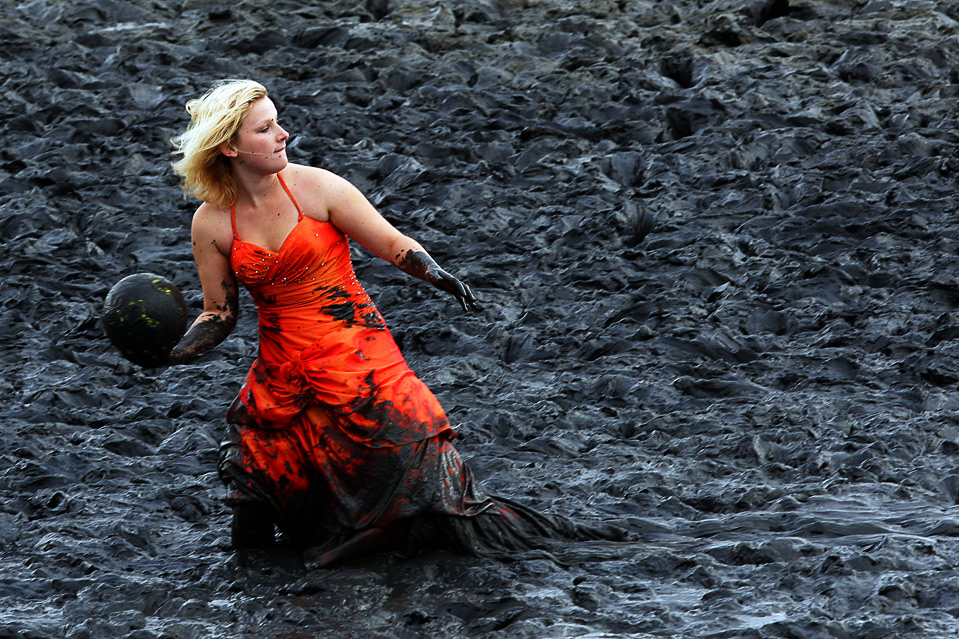 13
A participant in the fashion show throws a ball during the Mudflat Olympic Games August 30 in Brunsbuttel, Germany. (Krafft Angerer/Bongarts/Getty Images) # 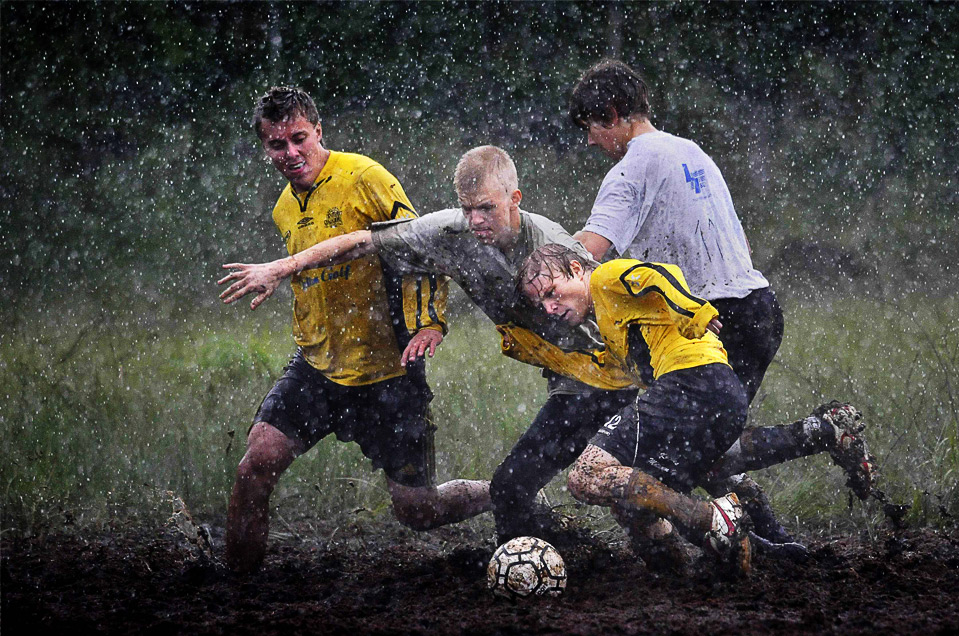 14
Players compete in the Swamp Soccer World Championships in Hyrynsalmi, Finland July 17, 2009. A natural swamp outside the town of Hyrynsalmi was converted into 22 playing fields for 325 teams, made up of almost 5000 players from Finland, Norway, Russia, Germany, France and The Netherlands. (REUTERS/Vesa Moilanen /Lehtikuva Finland) # 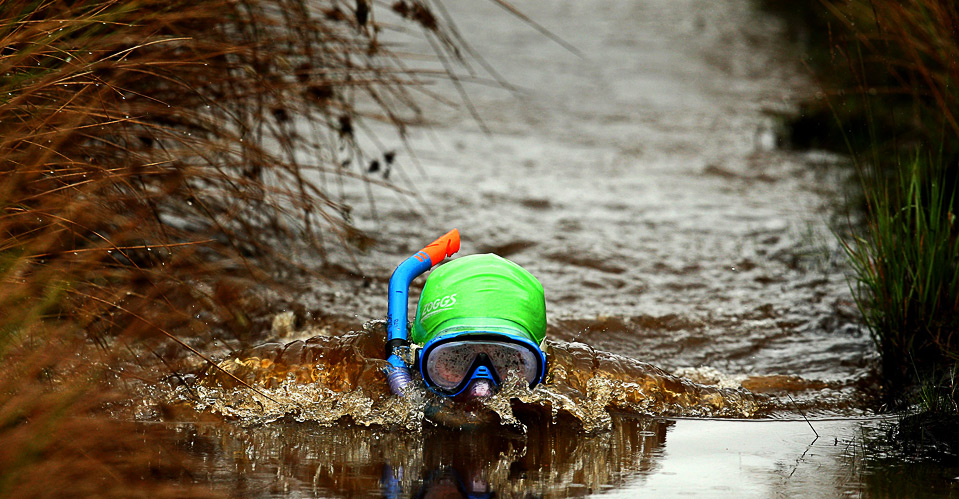 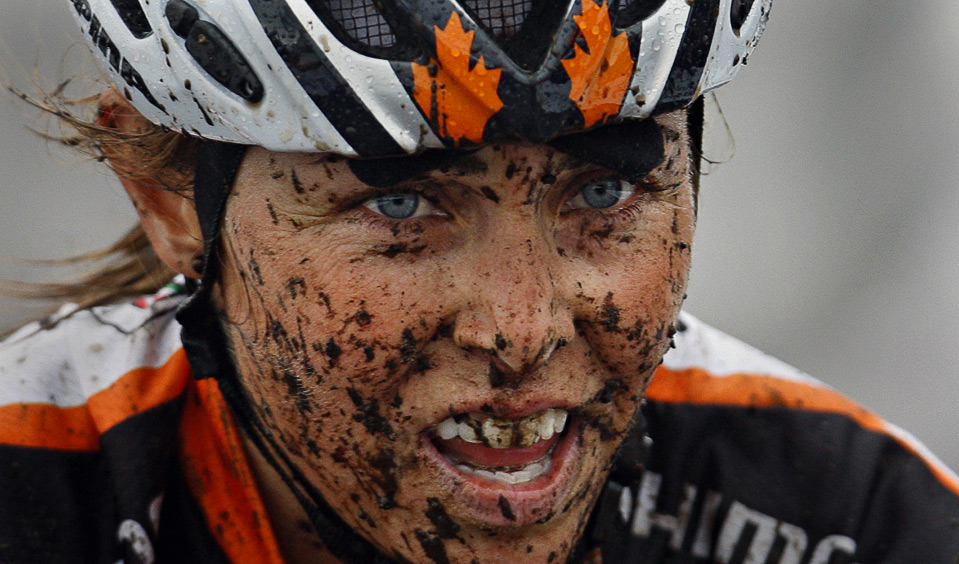 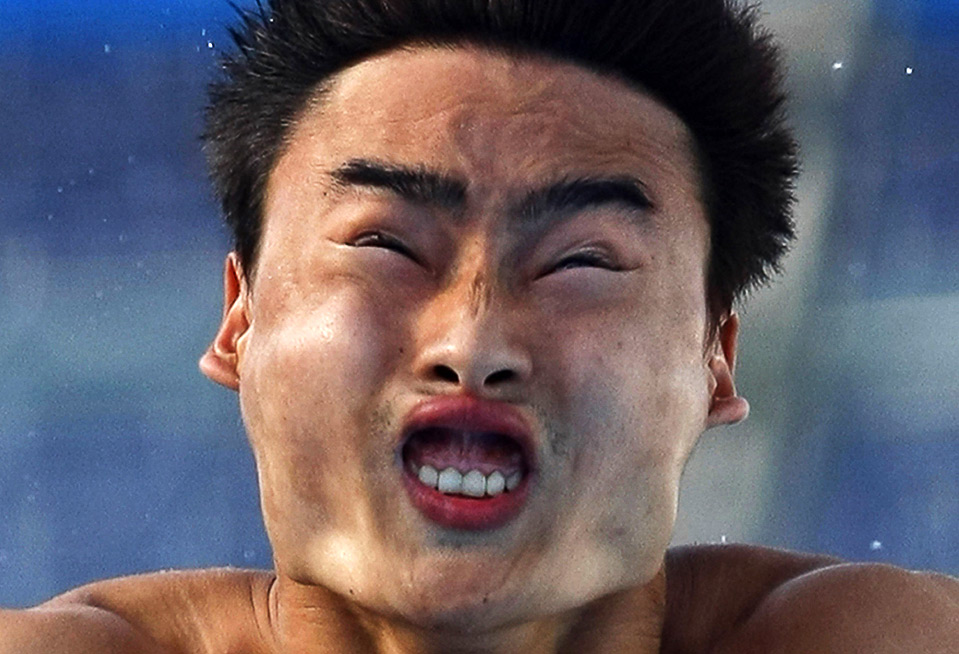 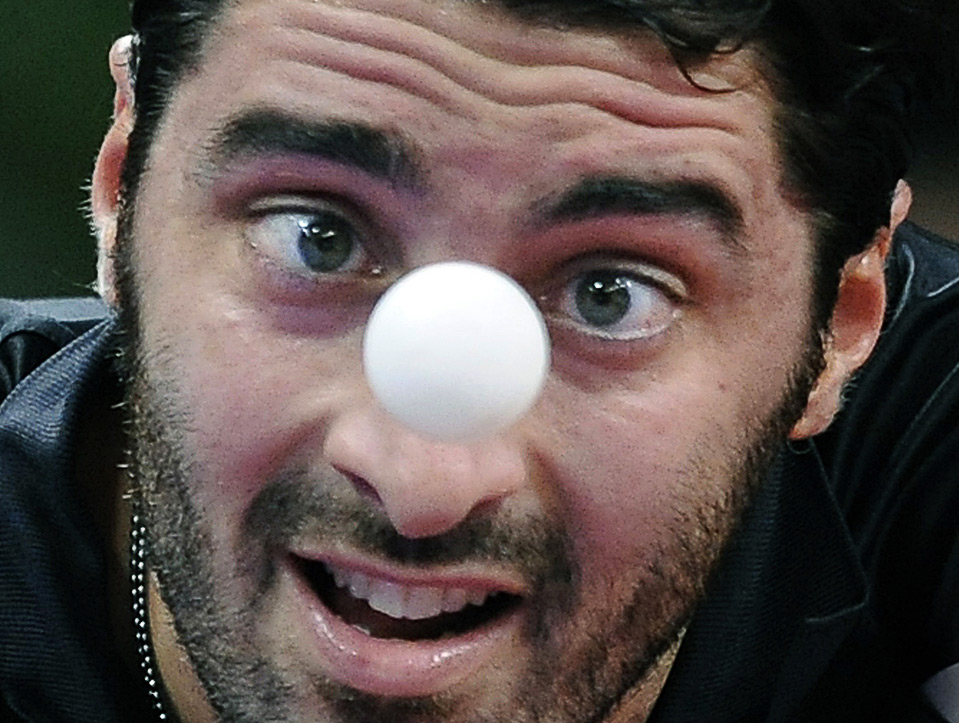 18
Panagiotis Gionis of Greece focuses on the ball during the his match against Ron Davidovich of Israel during the Table Tennis European Championships in Stuttgart September 17. (AP Photo/Daniel Maurer) # 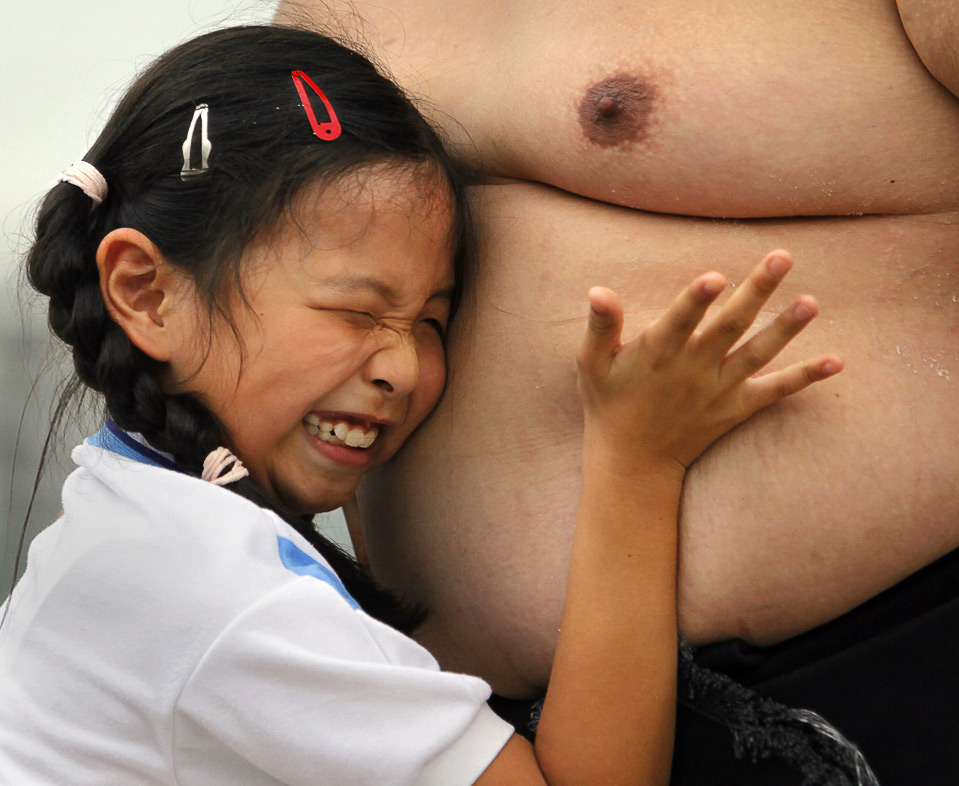 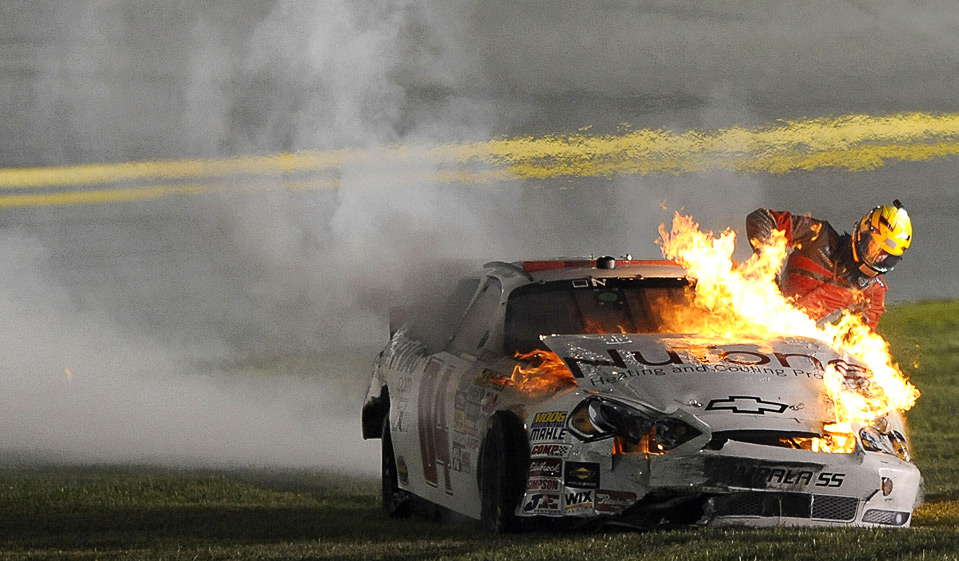 20
Kertus Davis climbs out of his car after it catches fire during the NASCAR Nationwide Series Subway Jalapeno 250 at Daytona International Speedway July 3 in Daytona Beach. (John Harrelson/Getty Images for NASCAR) # 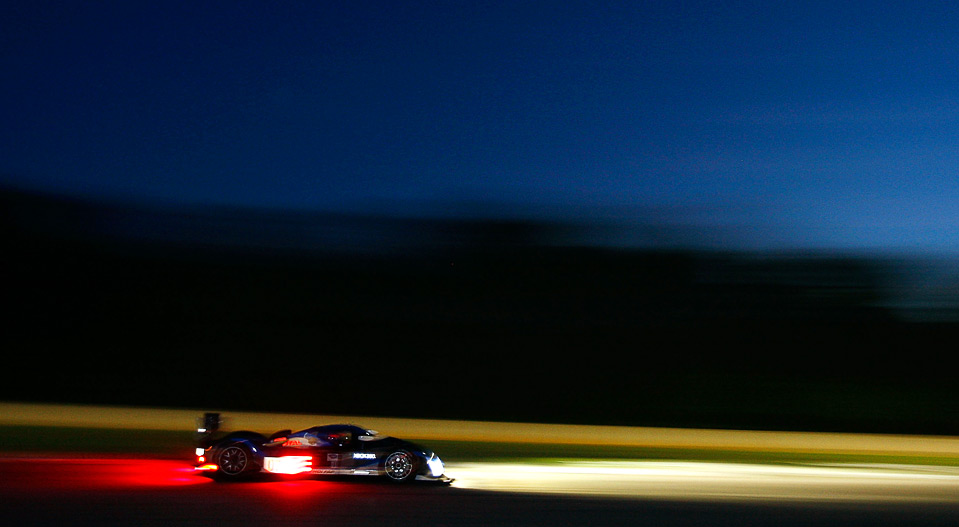 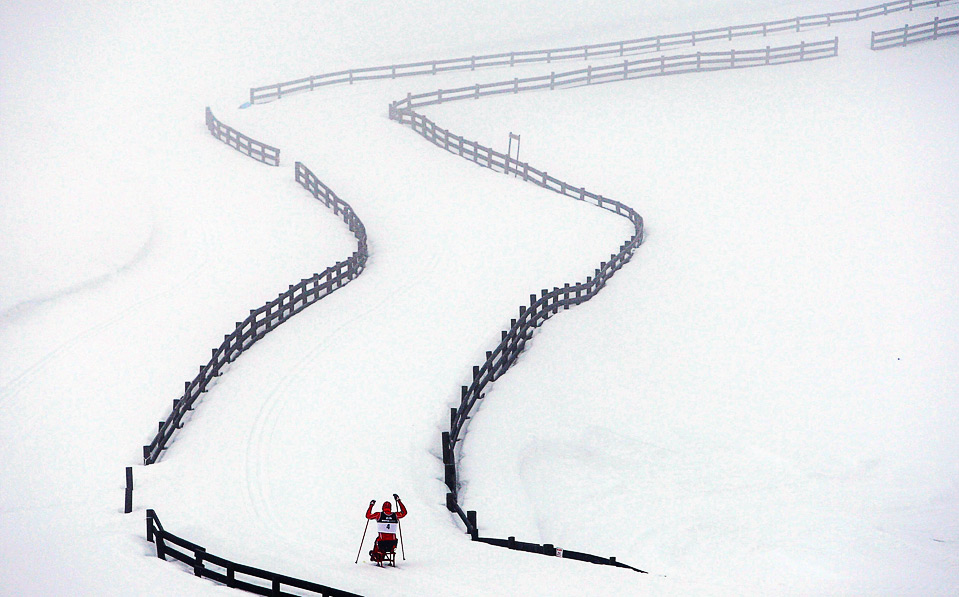 22
Chris Klebl of the US competes in the International Paralympic Committee LW10-12 5km cross country skiing during the Winter Games NZ at the Snow Farm August 25 in Wanaka, New Zealand. (Cameron Spencer/Getty Images) # 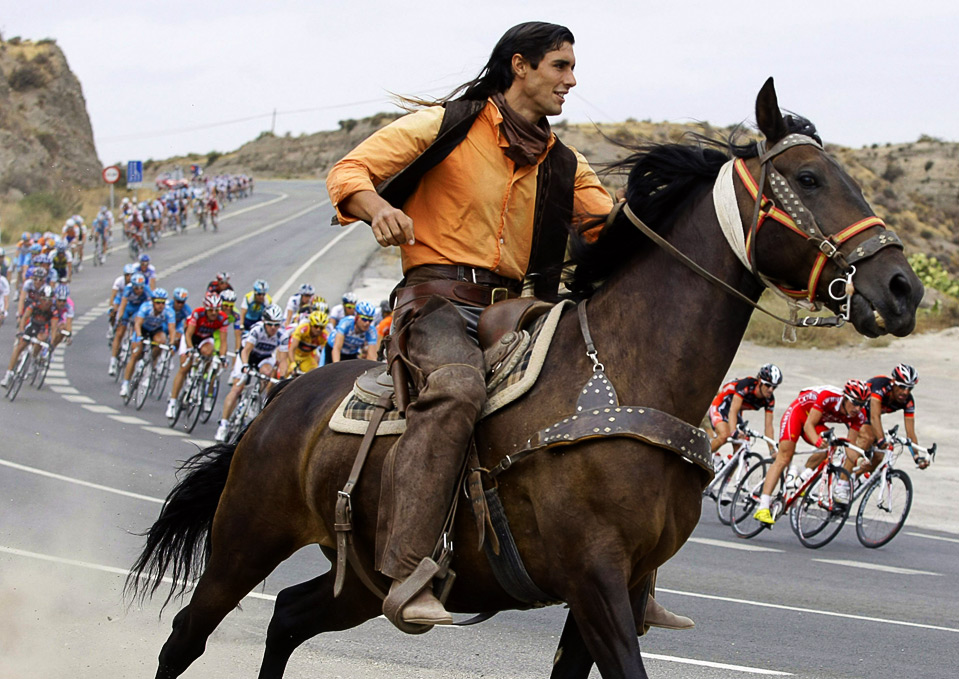 23
A man on a horse rides with the peloton during the 12th stage of the Tour of Spain "La Vuelta" cycling race between Almeria and Alto de Velefique September 11. (REUTERS/Miguel Vidal) # 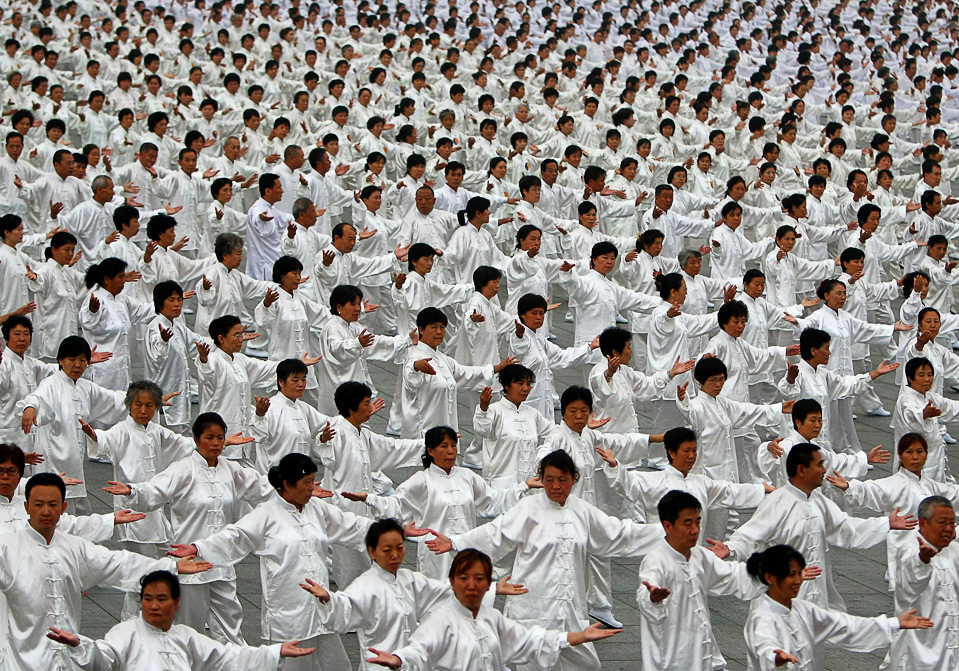 25
Monks play volleyball at Rabdey Dratsang in Samdrup Jongkhar in Bhutan September 3. Five decades ago, Bhutan was a feudal, medieval place with no roads, proper schools or hospitals and scarcely any contact with the outside world. Today education and healthcare are free and life expectancy has risen to 66 years from less than 40. (REUTERS/Singye Wangchuk) #

I really like big picture. the watter sports are my favorite.

So many of these are not sports. How can you call something a sport if it is a choreographed activity where the outcome is determined by subjective judging? It's little more than theater with a physical element.

The best story of the year is the rise of the 'Afghan" Cricket Team on the world stage, how great to see cricket playing a huge role in the development of the country. Activities and sports will help bring the troops home sooner. Photo 12 hope.