When Little Leaguers play a World Series, it's really a world series, with eight international teams represented in the 16-team field. The 63rd Little League World Series championship game at Lamade Stadium in South Williamsport, Pa. saw a US team from San Diego suburb Chula Vista take on the Asia Pacific champ from Taoyuan, Taiwan. The American kids prevailed in an emotional tournament with plenty of highs and lows that proved that, contrary to what Tom Hanks' character famously claimed in the movie "A League of Their Own," there IS crying in baseball. There's also more joy and enthusiasm than we usually see in an entire season of a professional sport. ( 28 photos total) 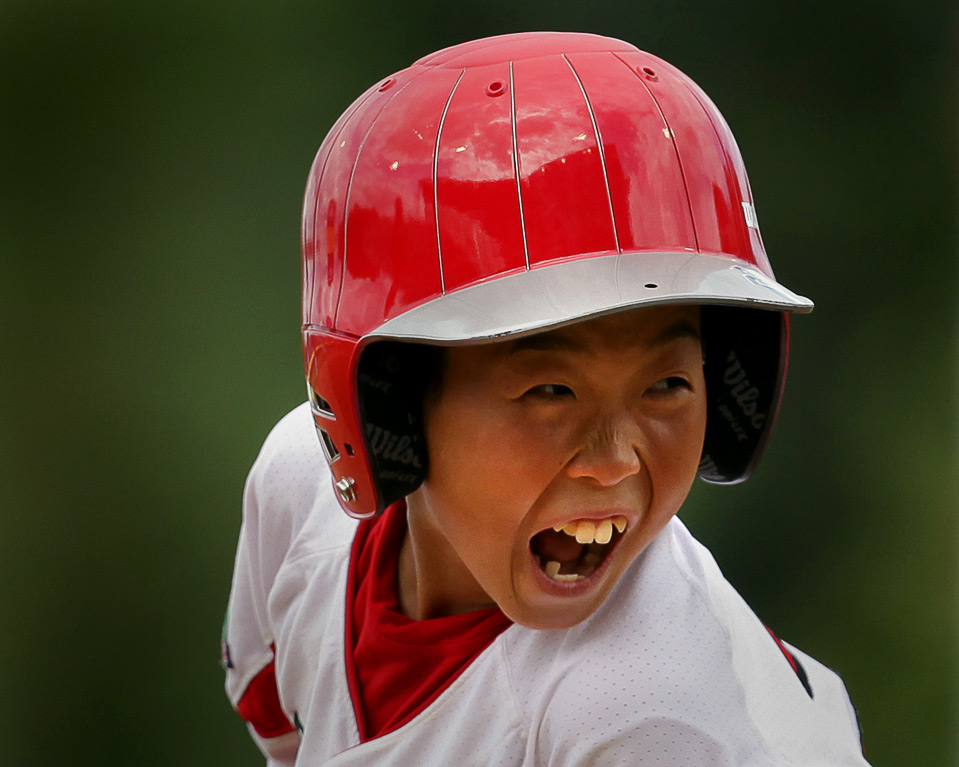 Chiba City, Japan's Kenya Kawashima yells to teammates as he stands on first base after being hit by a pitch against Maracaibo, Venezuela during a Little League World Series pool baseball game August 24 in South Williamsport, Pa. (AP Photo/Carolyn Kaster) 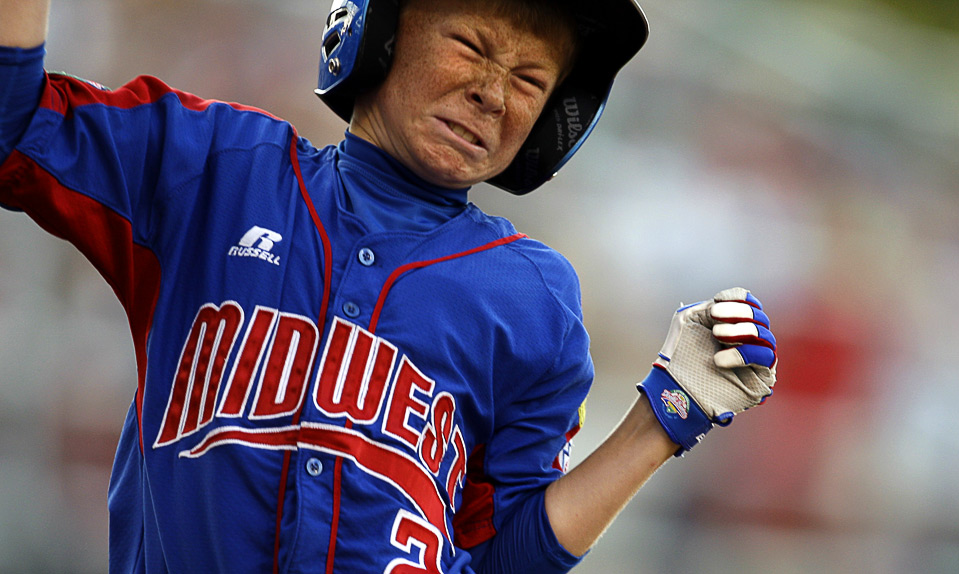 2
Urbandale, Iowa batter Ross Kramer reacts as he his hit in the back by a wild pitch August 21. (AP Photo/Carolyn Kaster) # 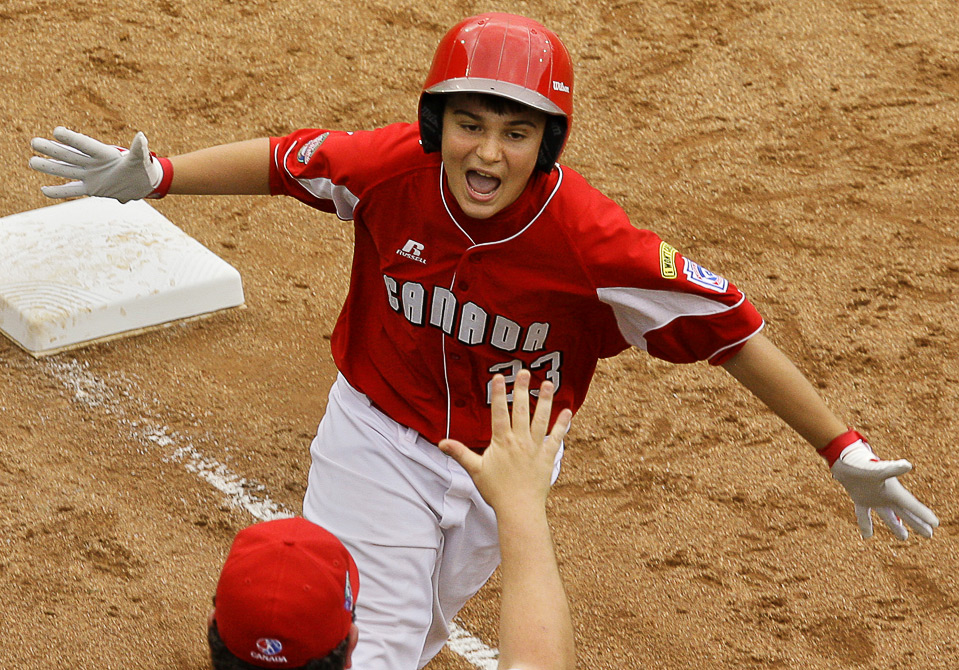 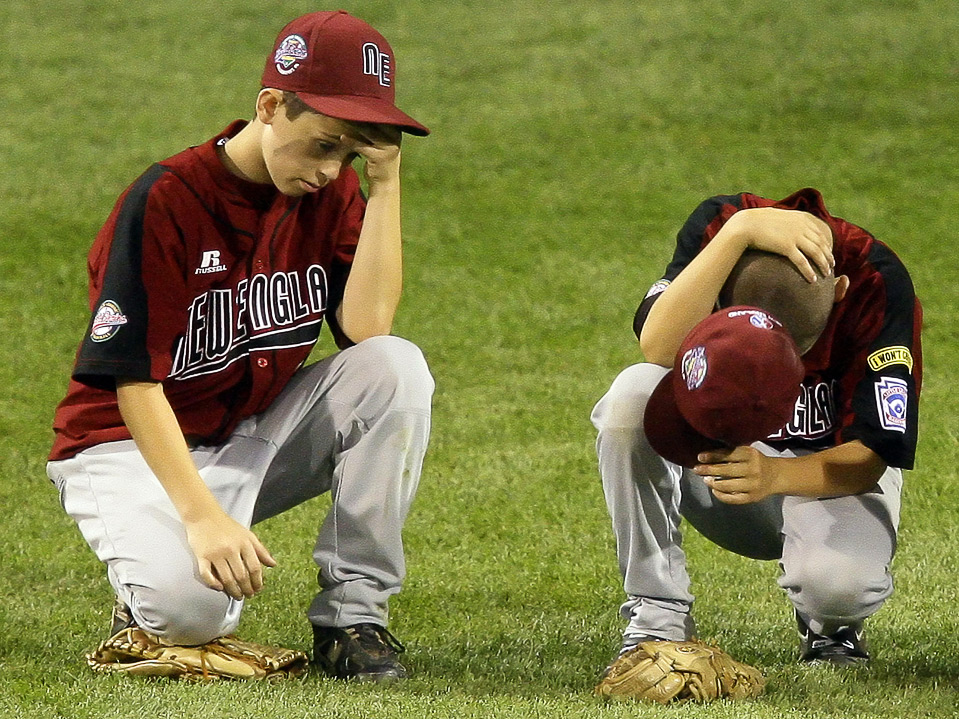 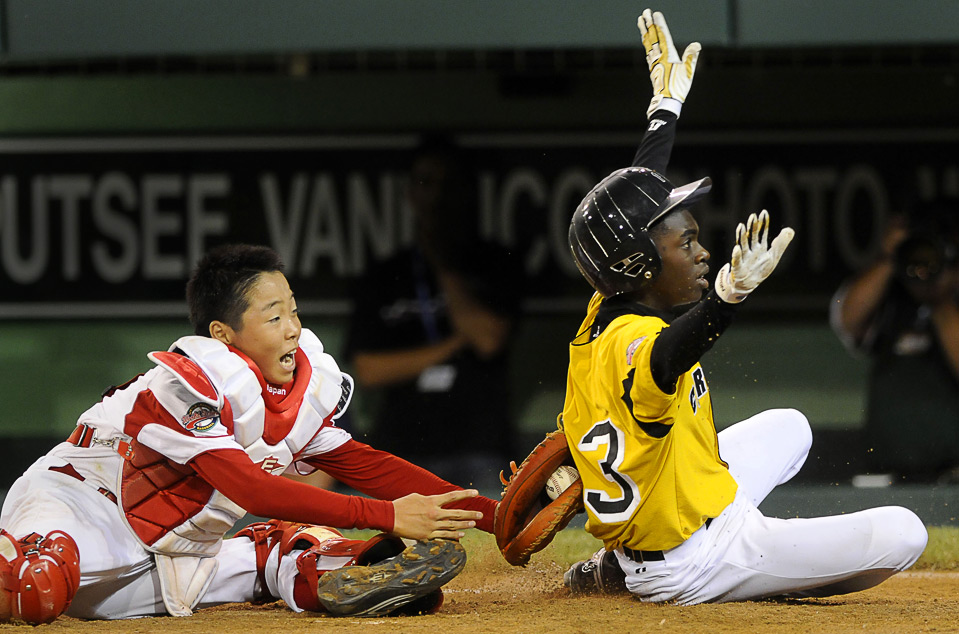 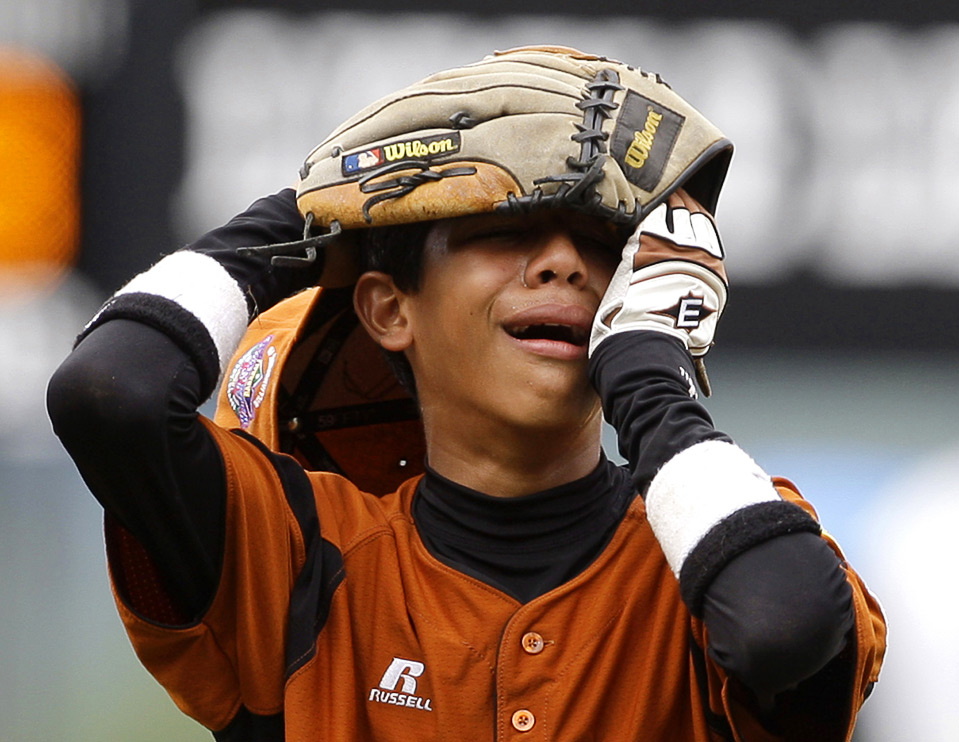 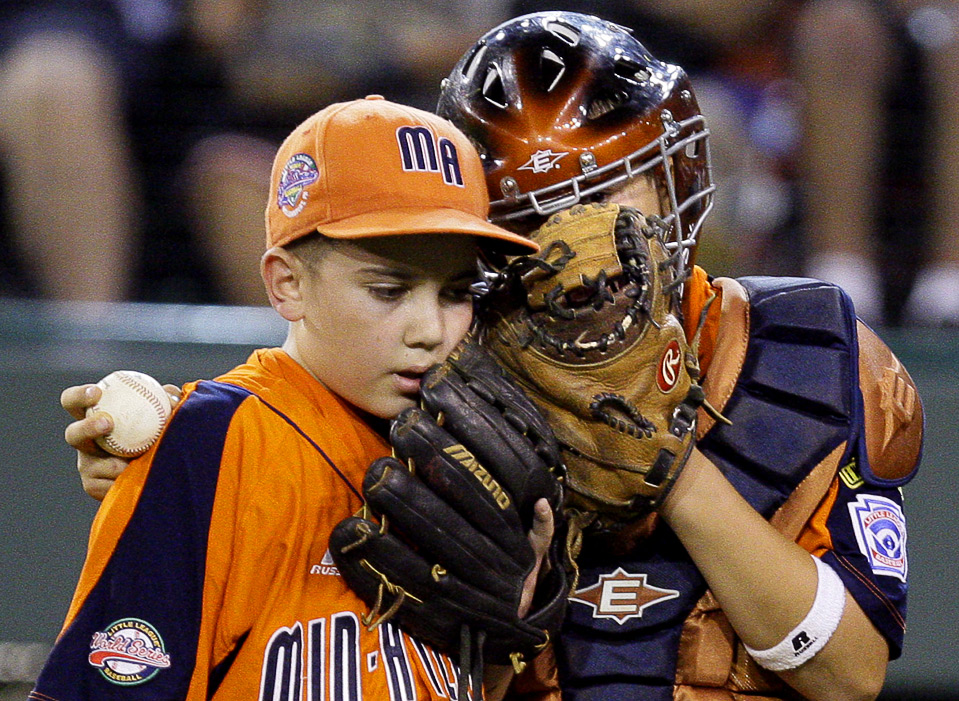 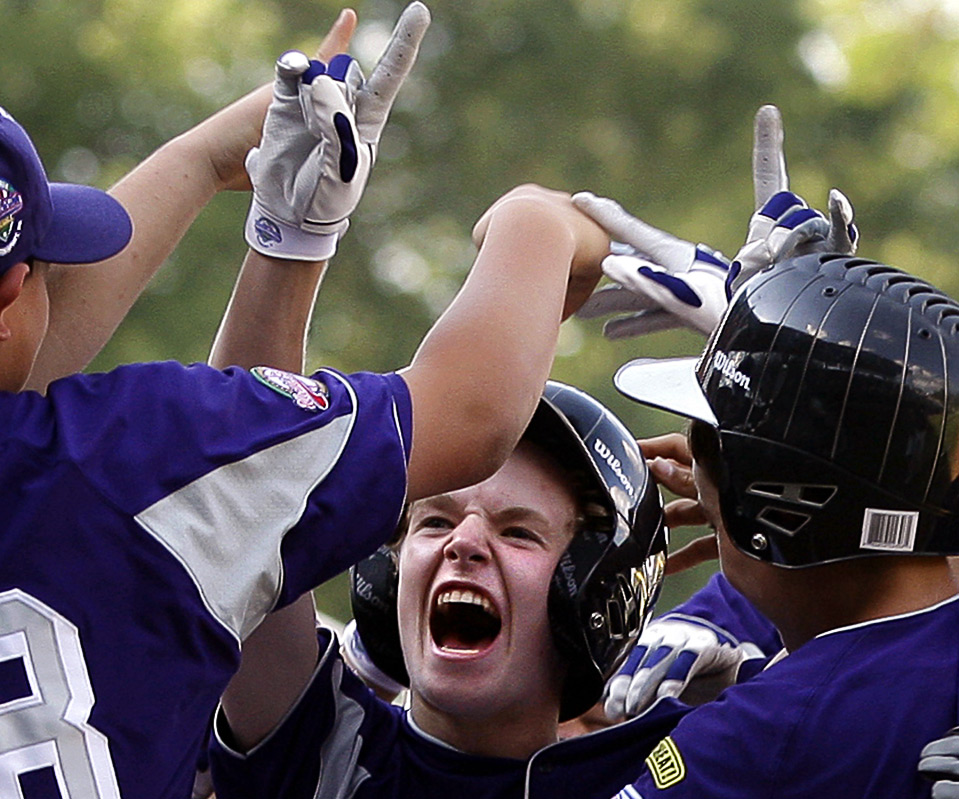 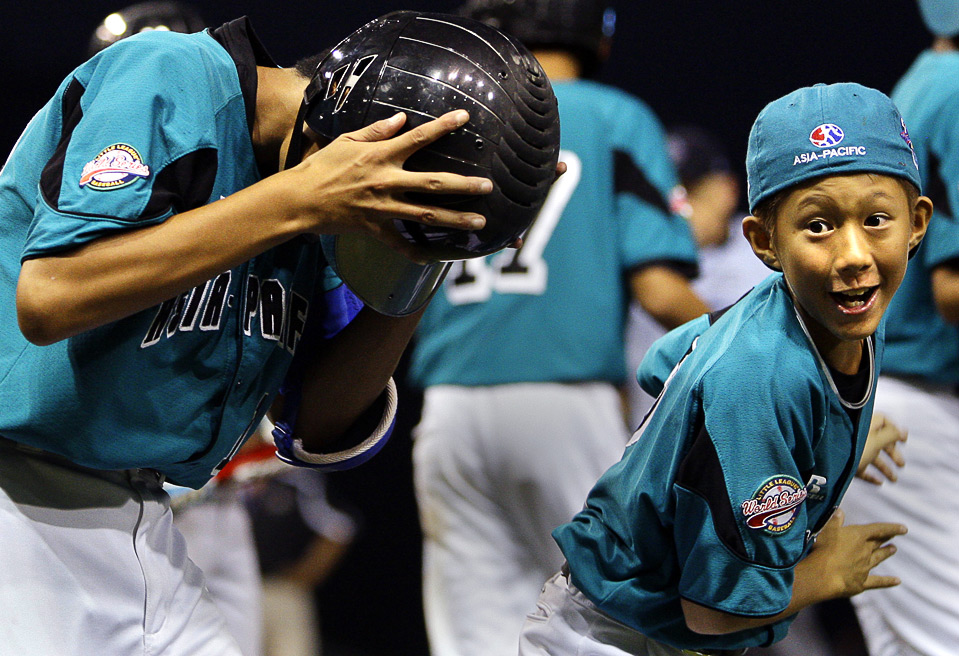 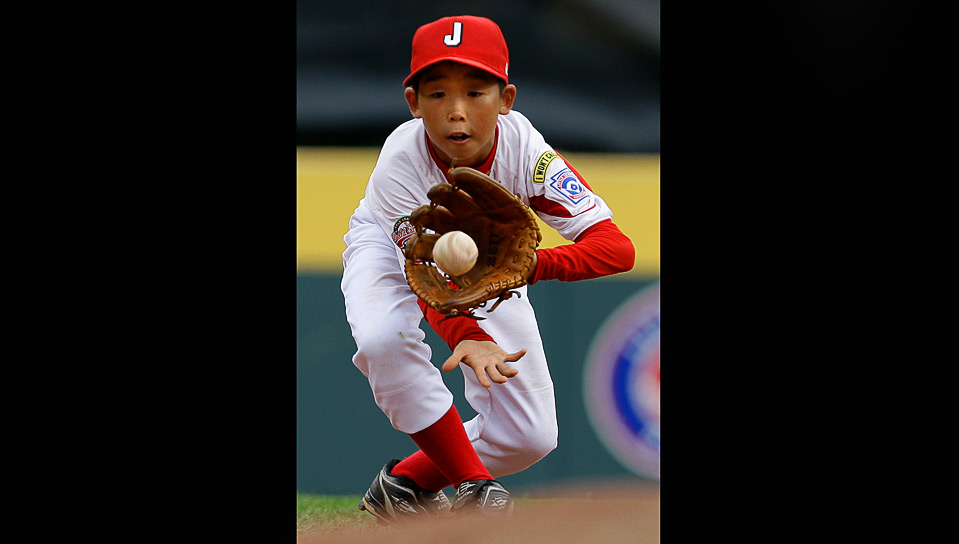 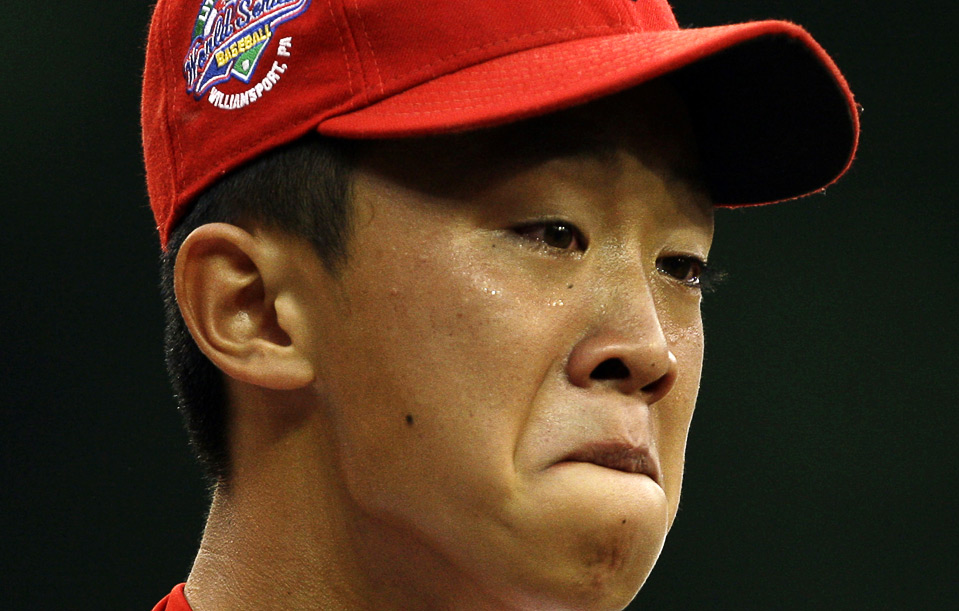 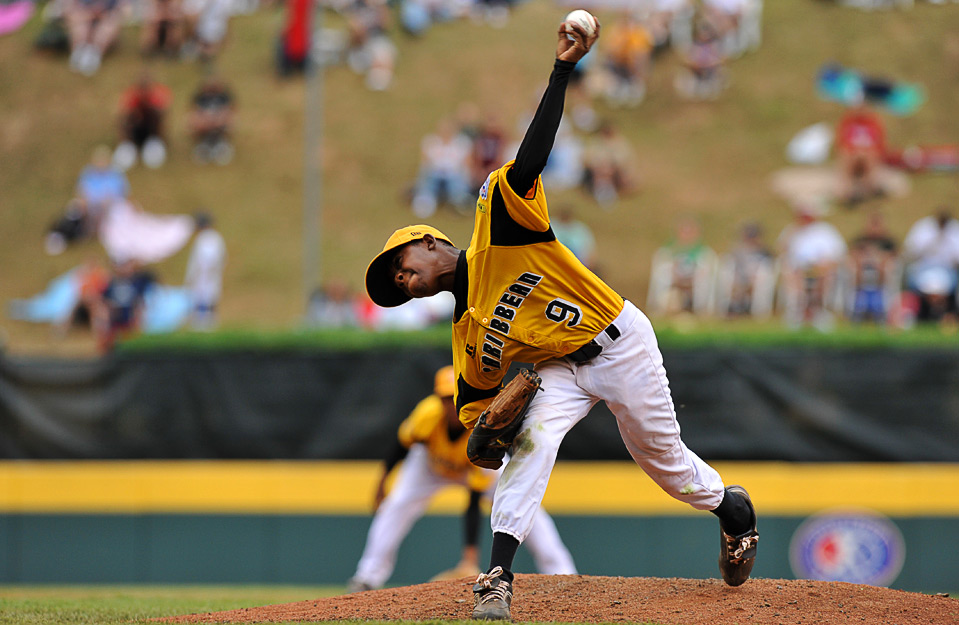 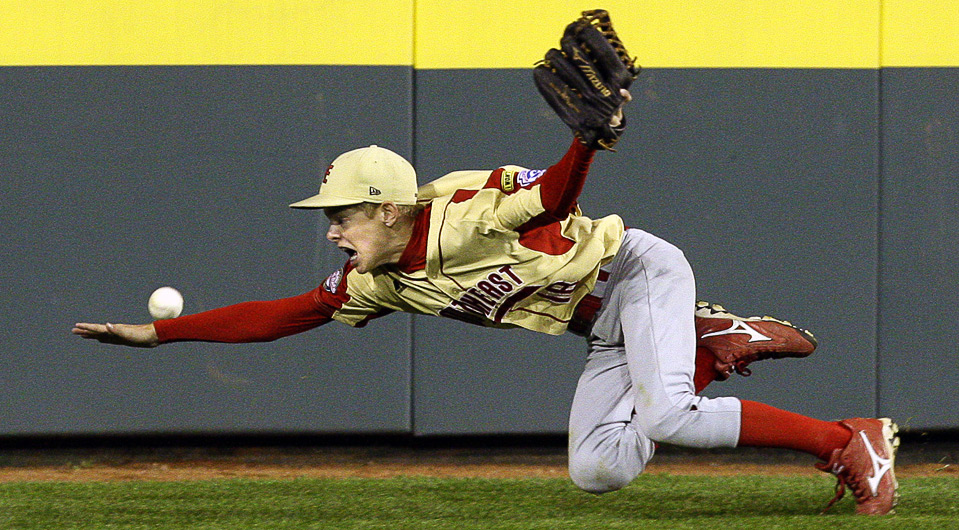 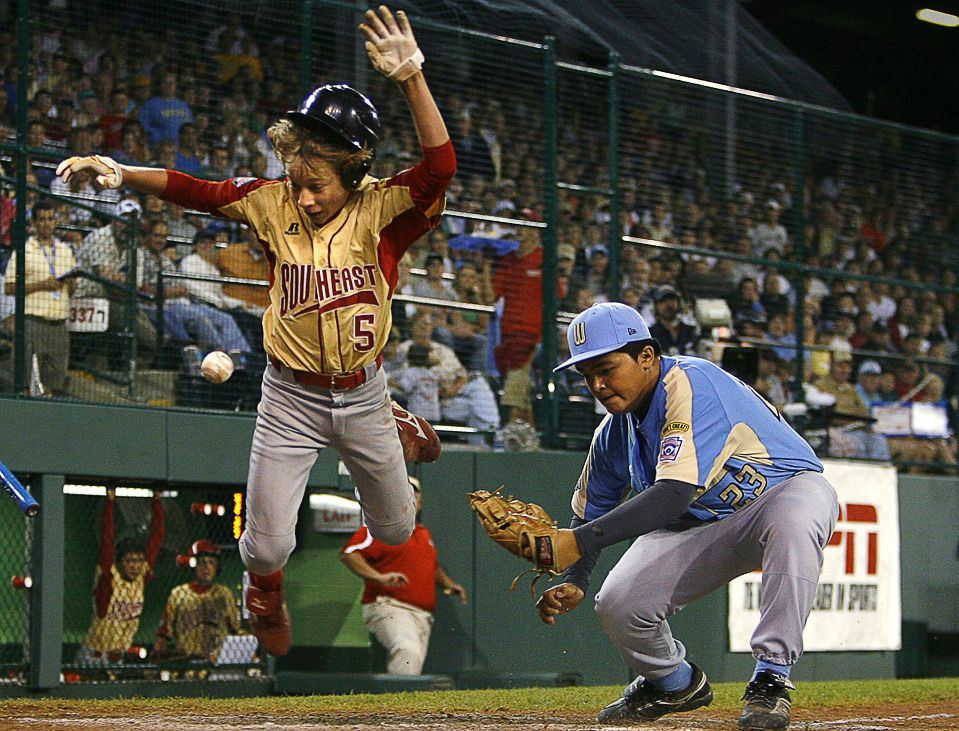 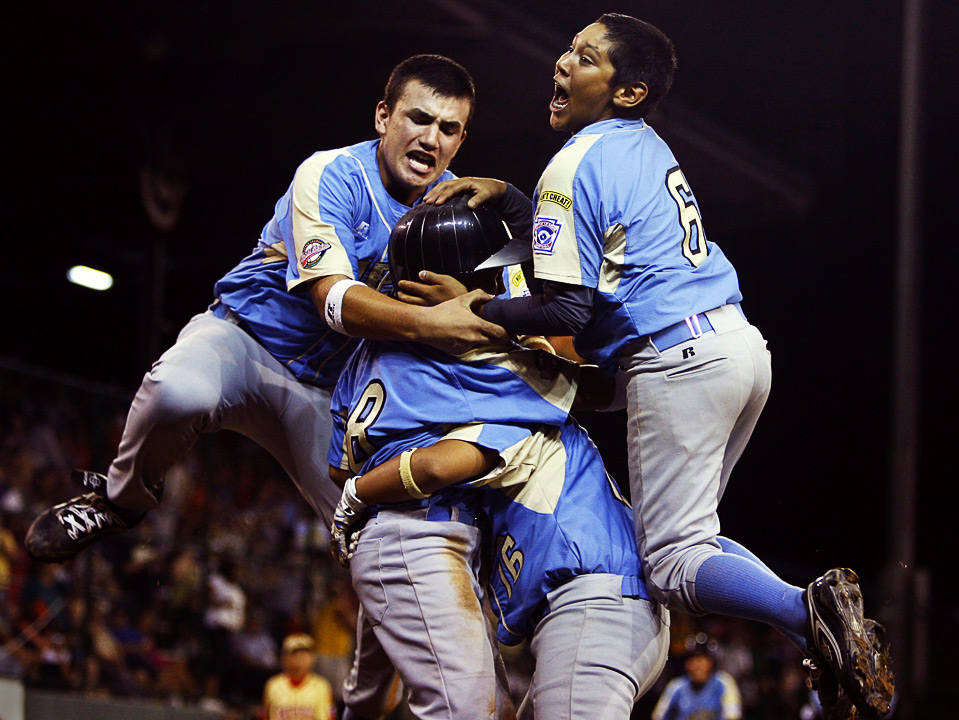 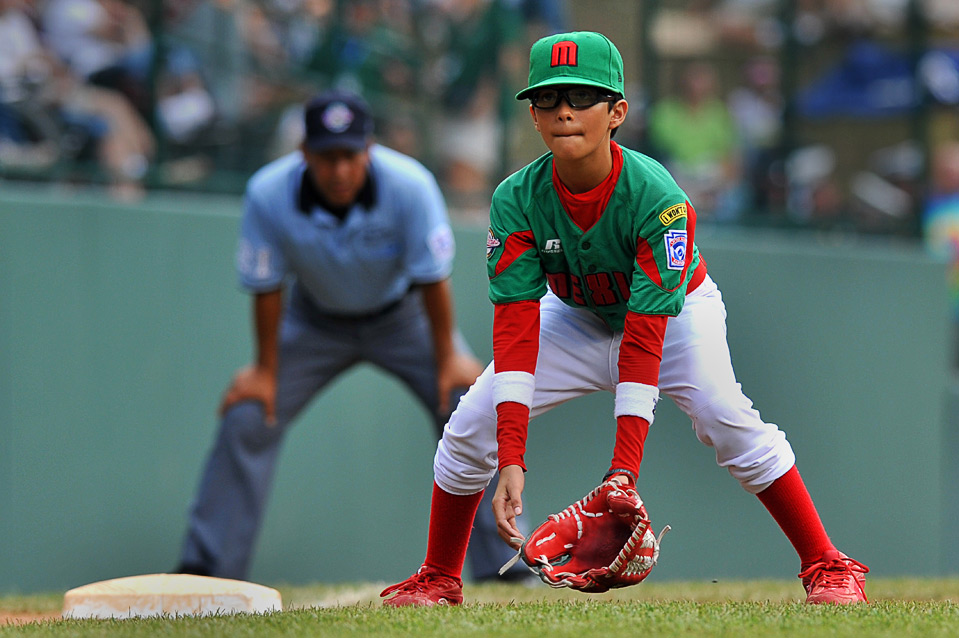 18
Third baseman Agustin Montoya of Reynosa, Mexico is ready for a play against Taoyuan, Taiwan in the international final . (Larry French/Getty Images) # 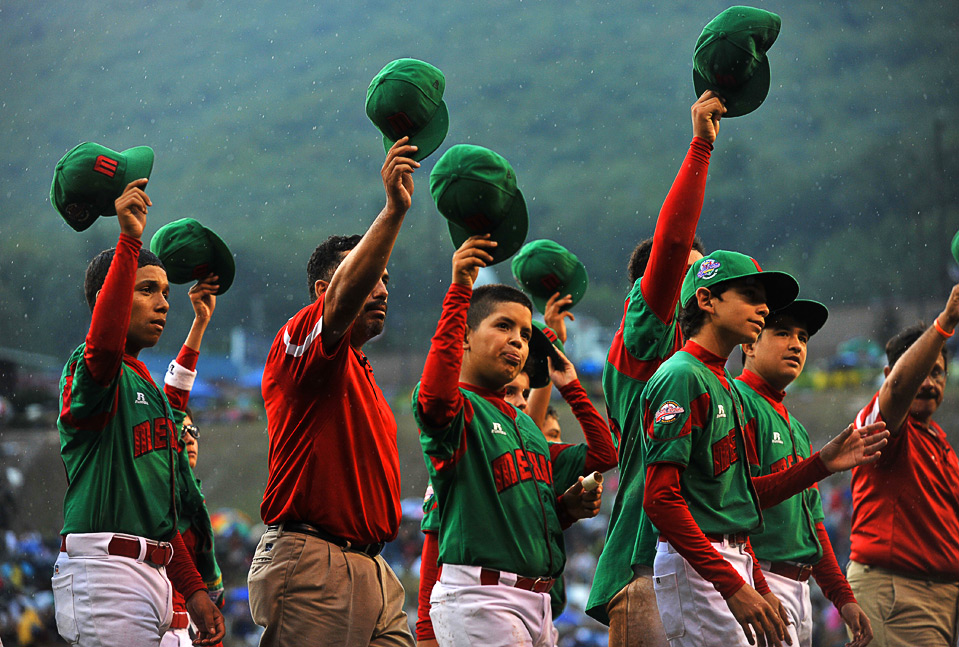 20
Reynosa, Mexico players wave their caps to their fans after the game against Taoyuan, Taiwan in the International final August 29. (Larry French/Getty Images) # 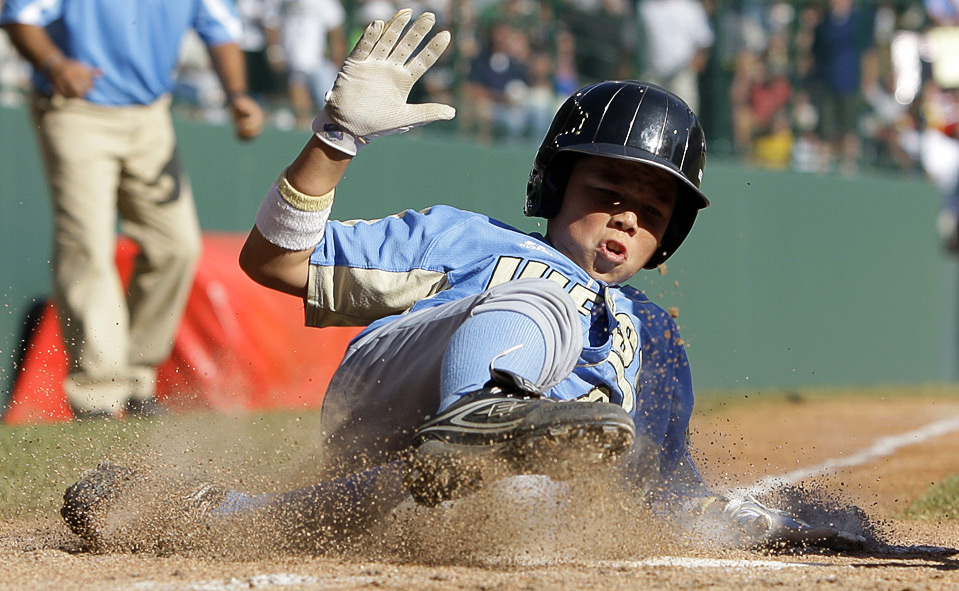 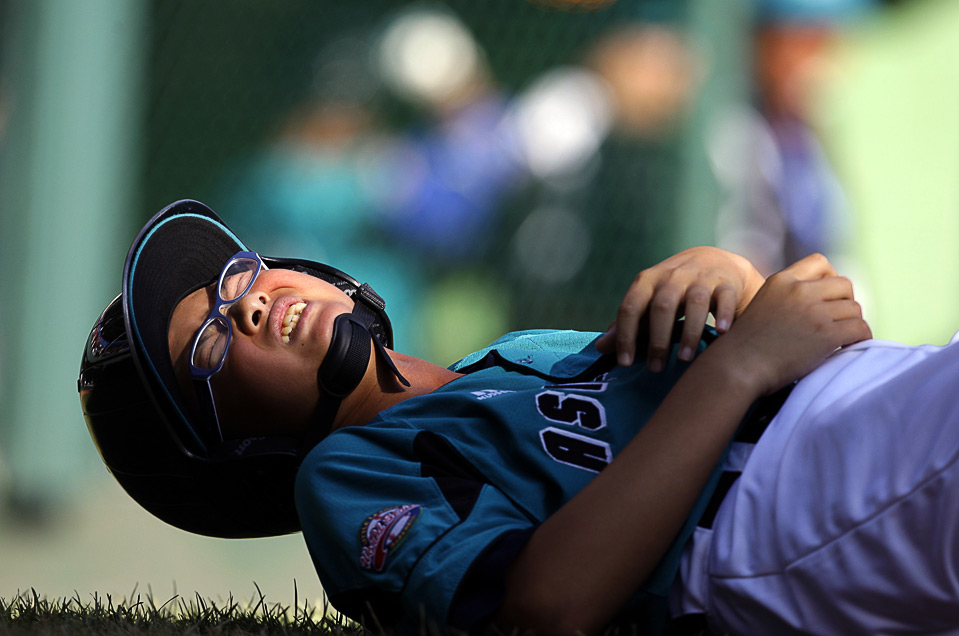 22
Taoyuan, Taiwan batter Yuan Ting Tai lies on the ground after getting hit by a pitch against Chula Vista, Calif. in the championship game August 30. (AP Photo/Carolyn Kaster) # 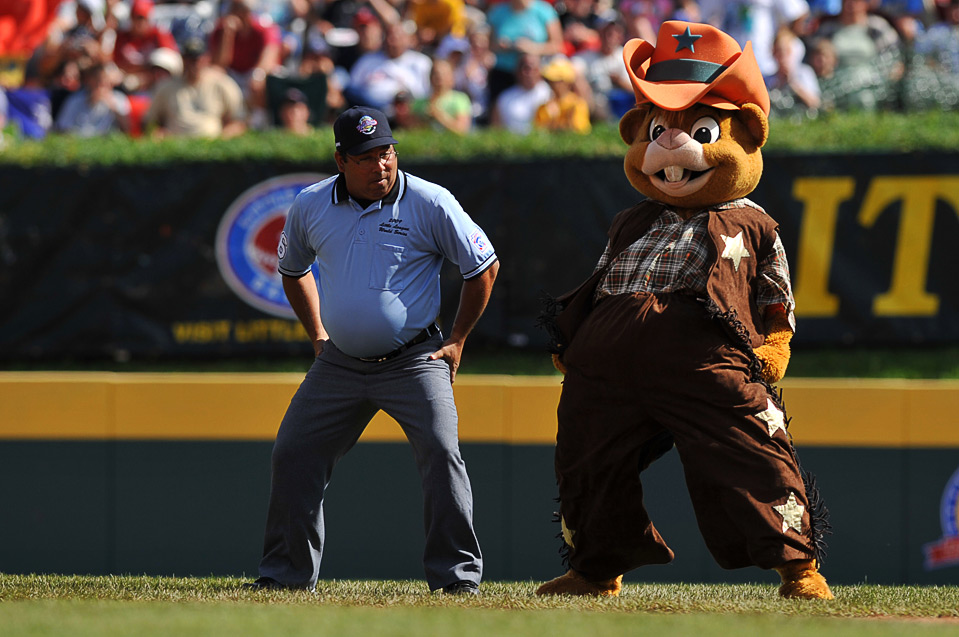 23
The mascot of Little League World Series, Dugout, dances with an umpire during a break during the championship game August 30. (Larry French/Getty Images) # 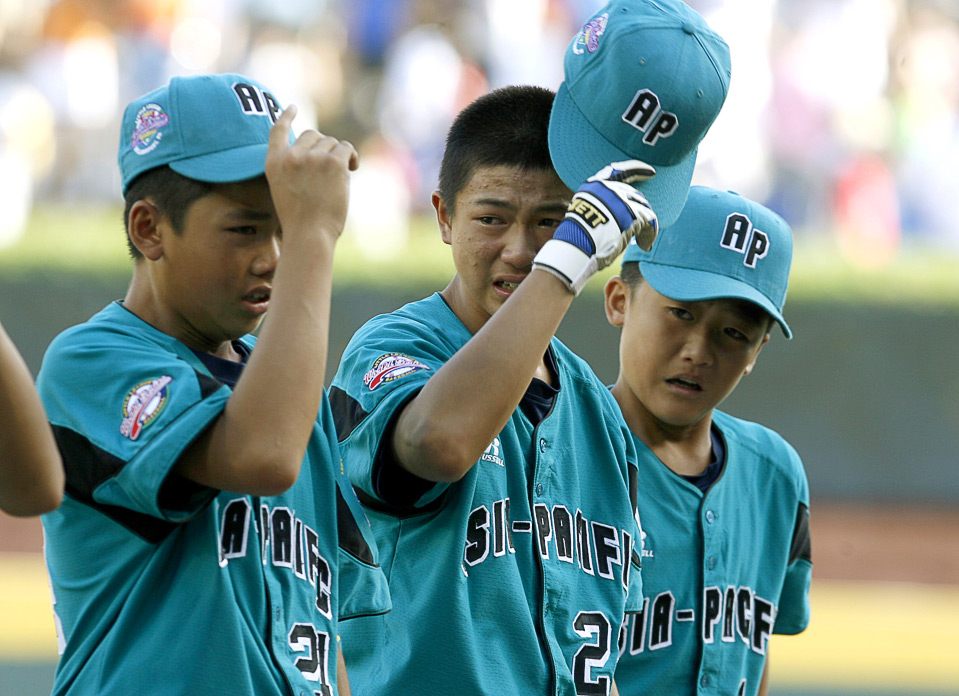 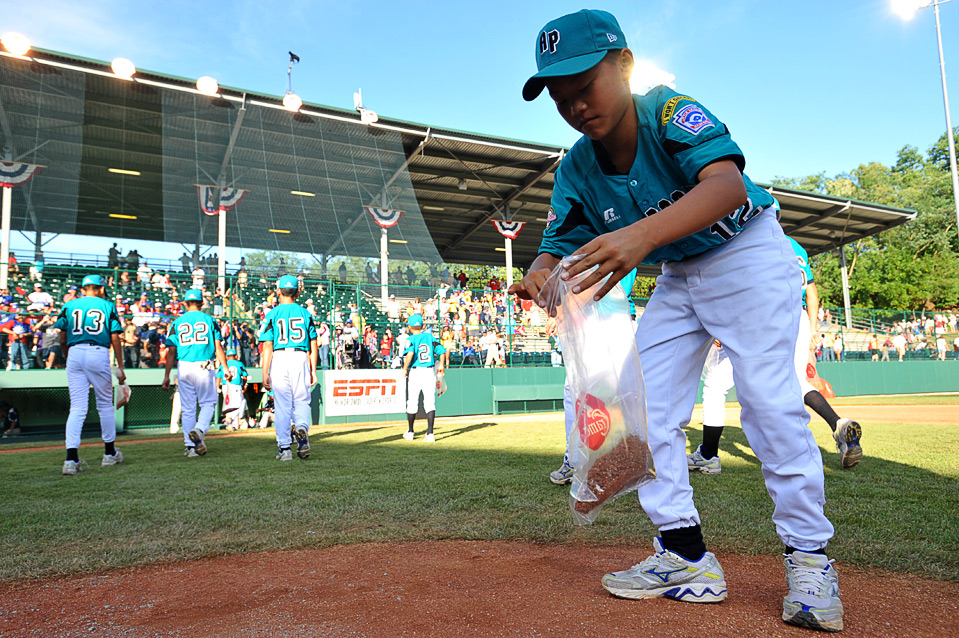 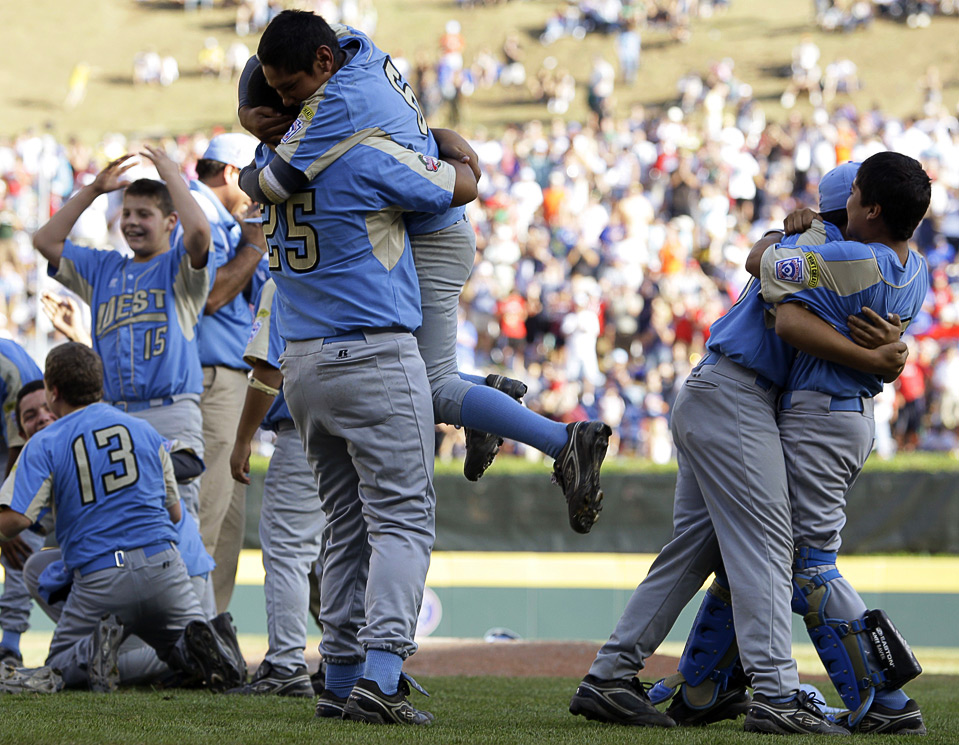 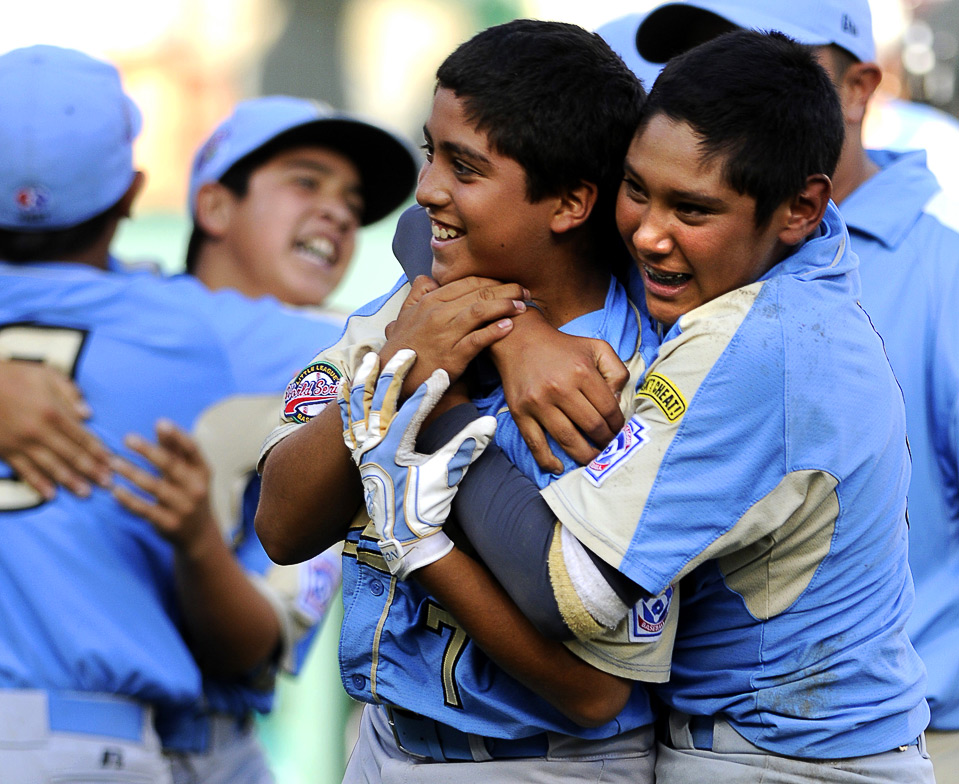 More links and information
Little League World Series page -
See more great photography at The Boston Globe's photography home page here -
The Natural World: a weekly full-screen gallery of the best photographs in the world showing nature and the environment -
The best pictures of the week from the photography staff of the Boston Globe -
The Big Picture: news stories in photographs -
Sportsshooter.com, the online resource for sports photography -
ADVERTISEMENT
< Back to front page
recent entries
Advertisement
(only click once)