The 2009 US Open tennis championships

A rain-soaked US Open 2009 held a few big surprises for tennis fans. Serena Williams' bizarre, expletive-laden ejection after a terrible call gave the semifinal to Kim Clijsters, although Clijsters appeared headed for victory anyway. Clijsters became the first unseeded woman to win the US Open, coming out of a two-year retirement. She's also the first mom to win since 1980. Juan Martin Del Potro needed no help from officials to upset Roger Federer in the men's final, ending Federer's streak of five US Open championships. Del Potro was appearing in his first majors final, while Federer has played in 16 of the last 17 Grand Slam finals. ( 26 photos total) 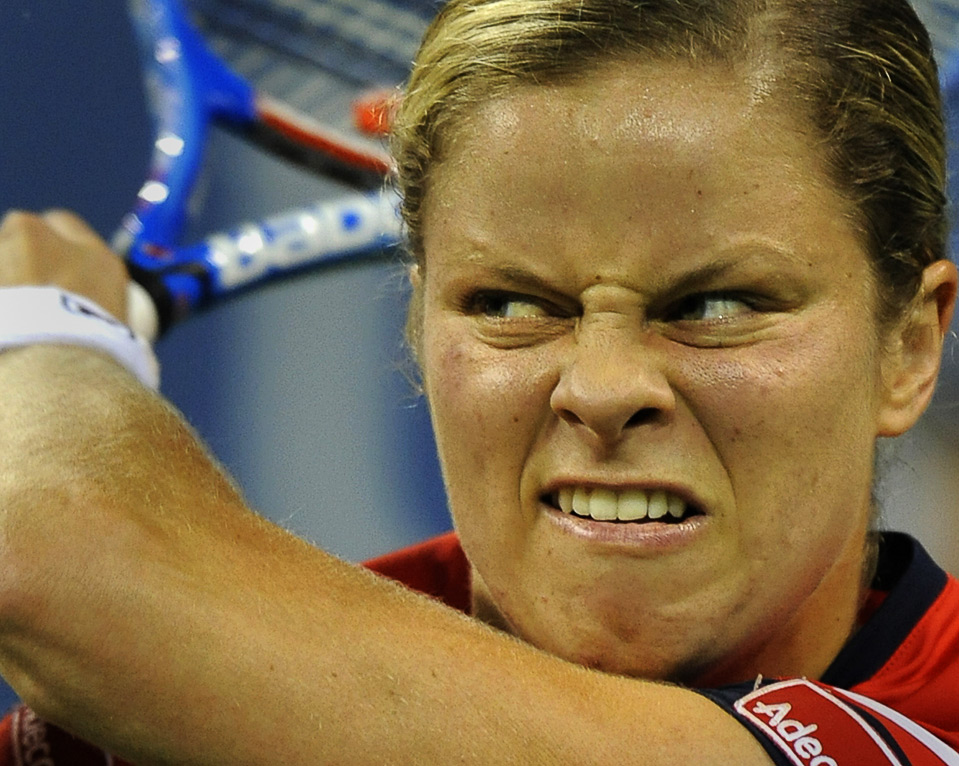 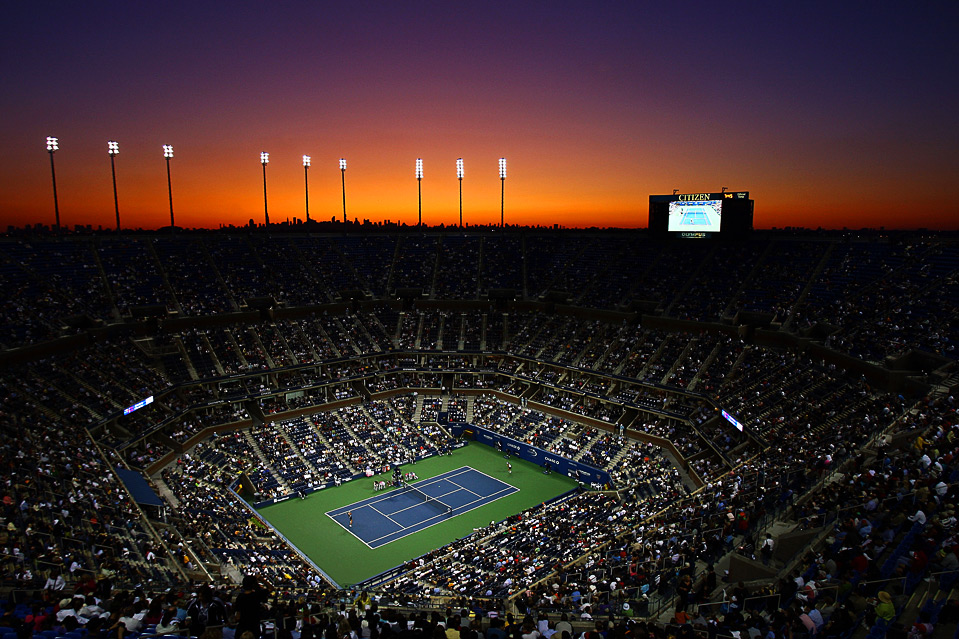 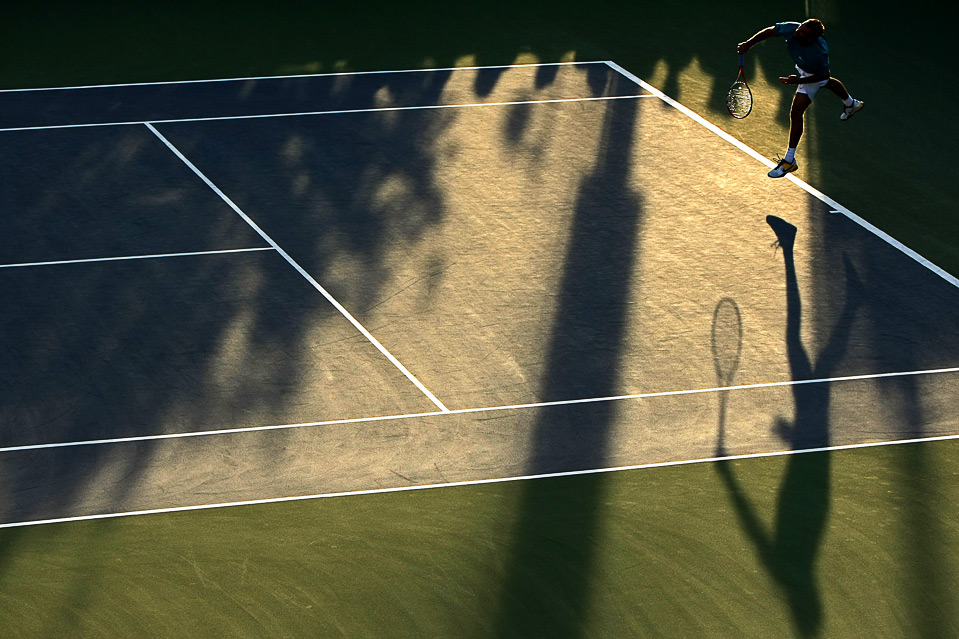 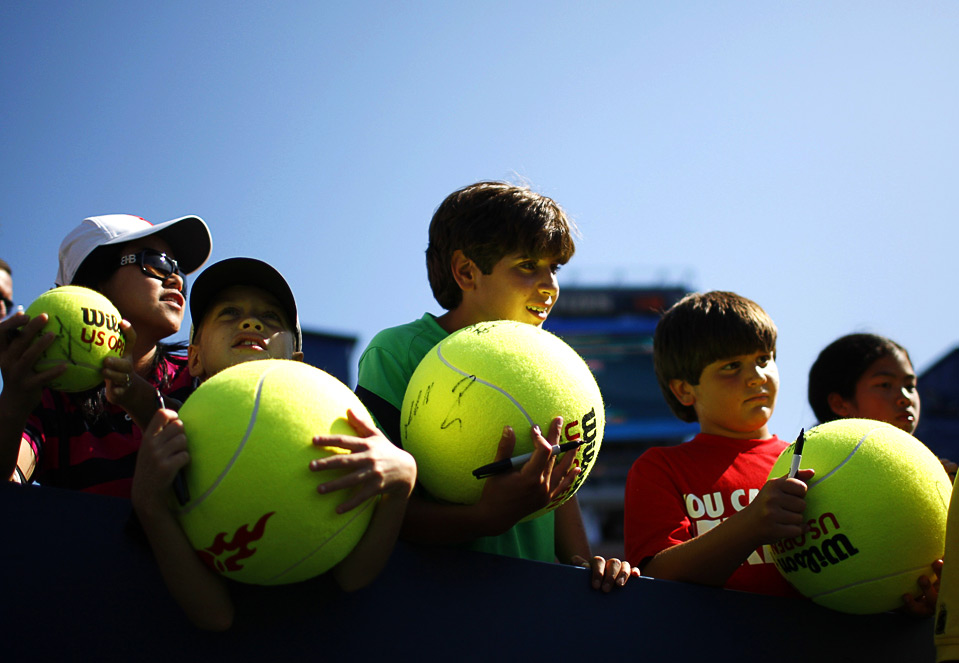 4
Fans wait for autographs after the match between Tomas Berdych and Wayne Odesnik September 1. (REUTERS/Mike Segar) # 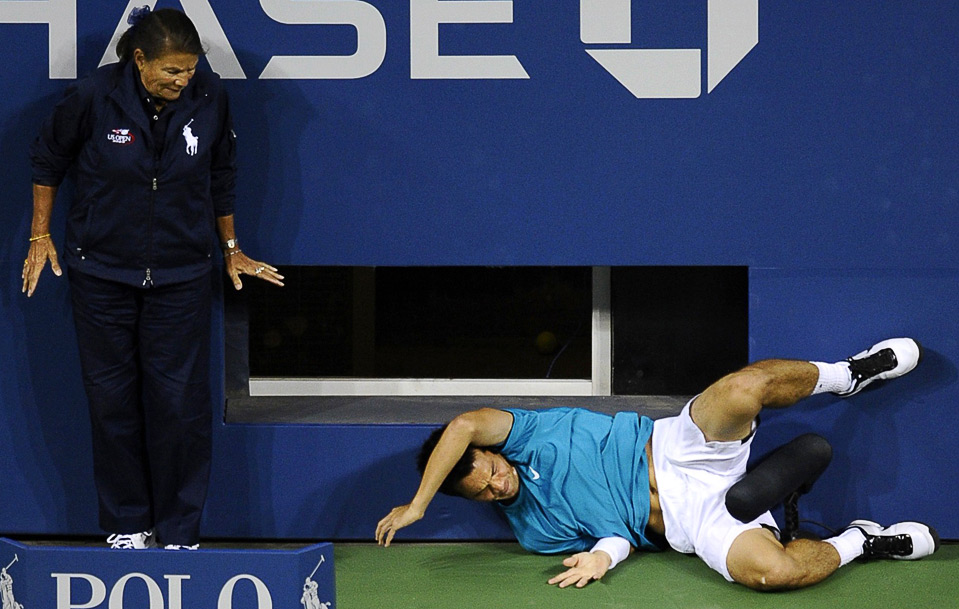 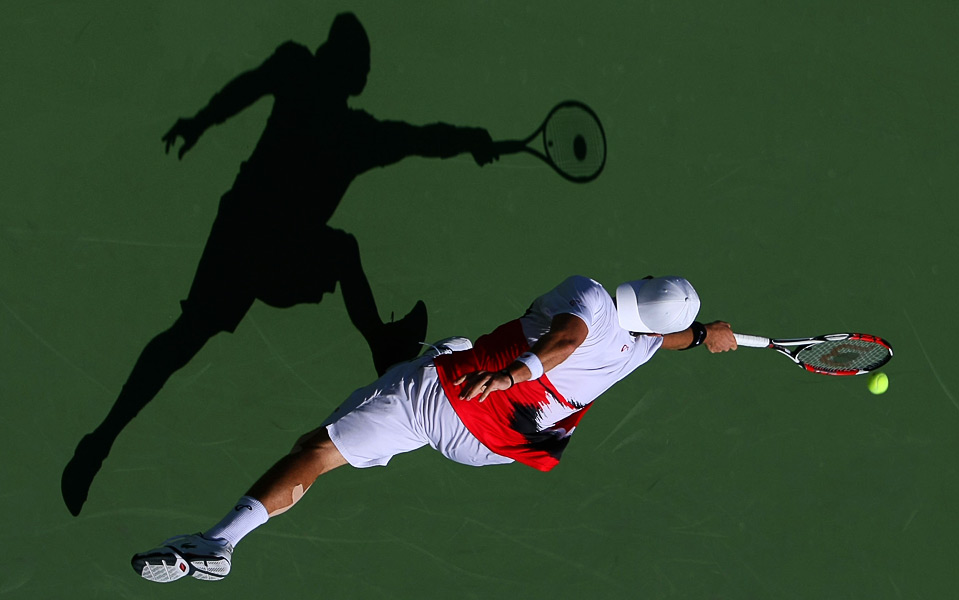 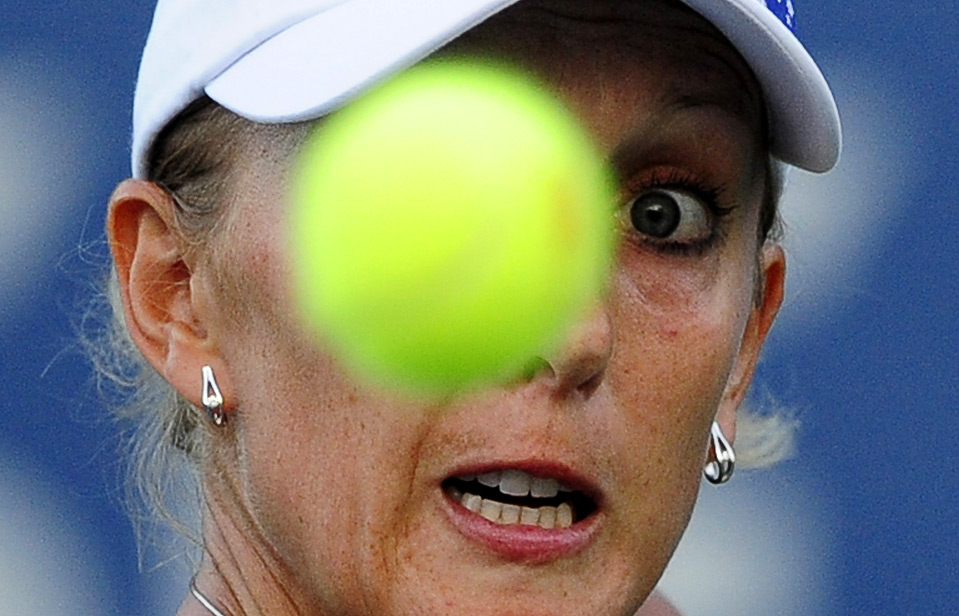 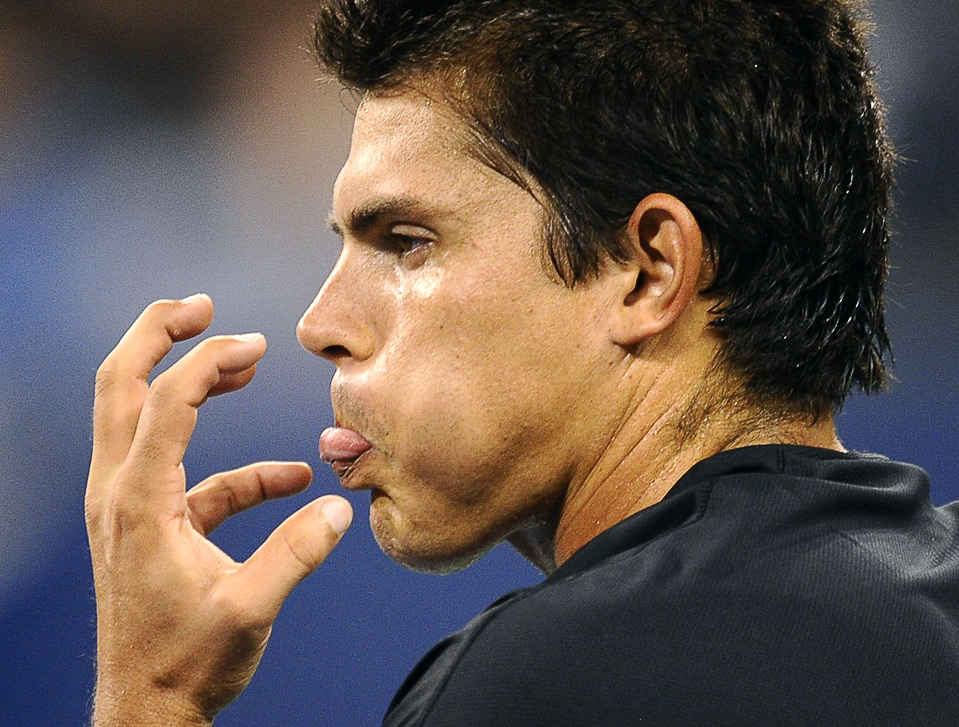 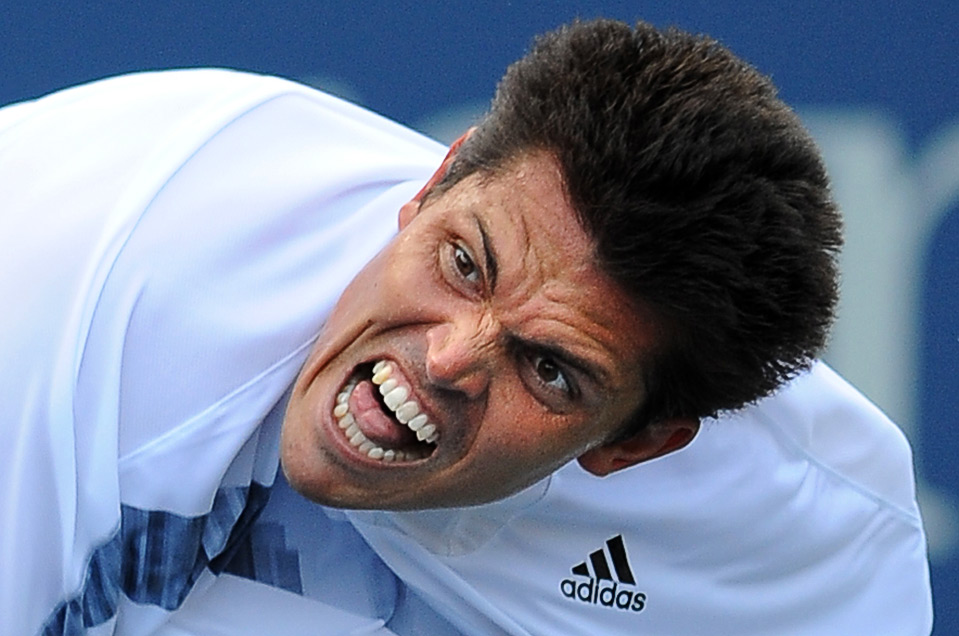 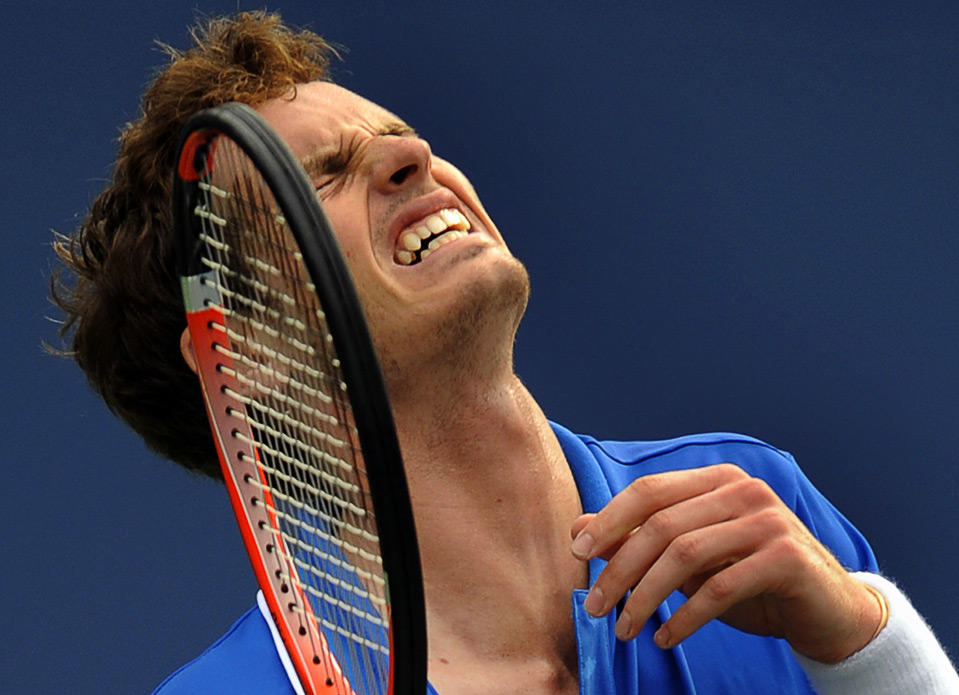 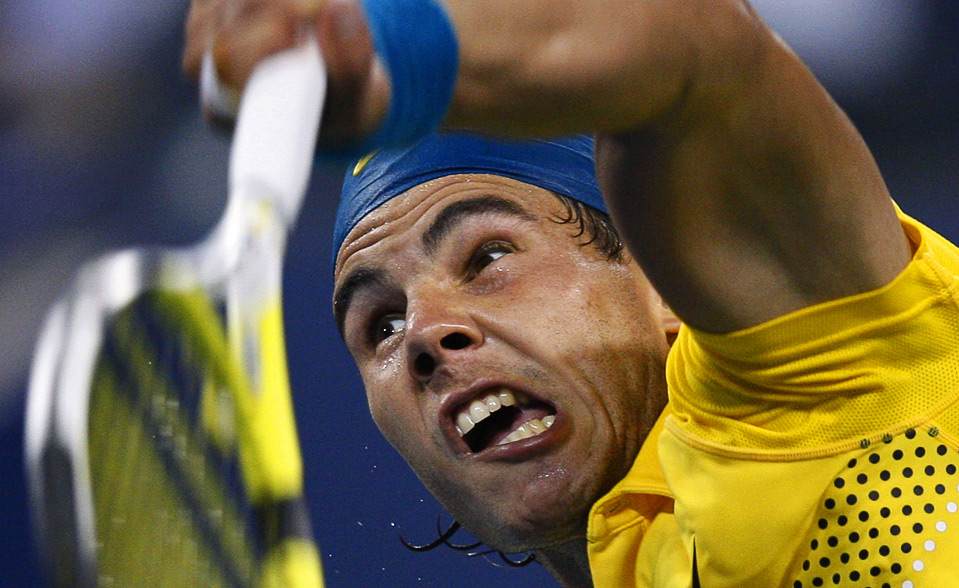 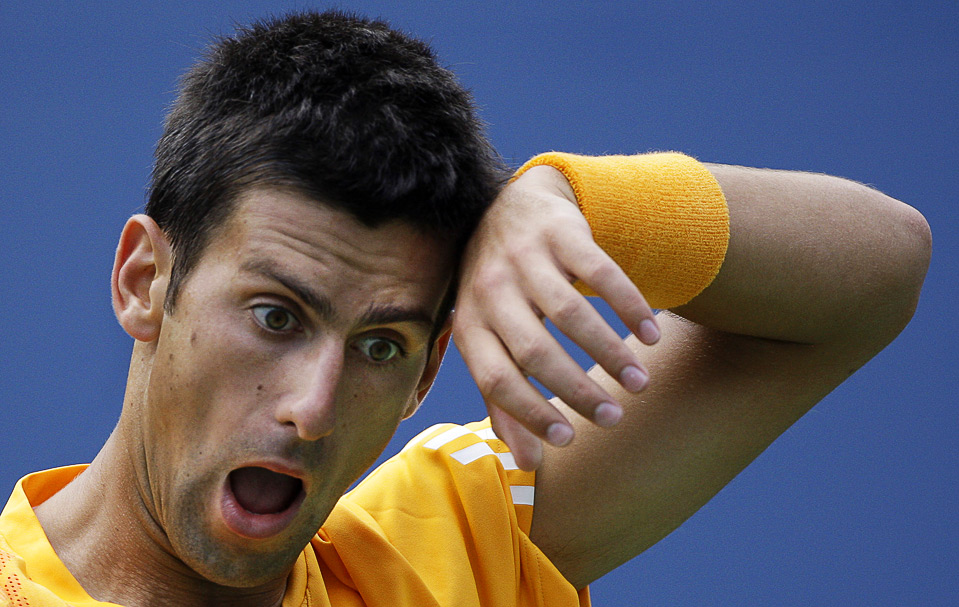 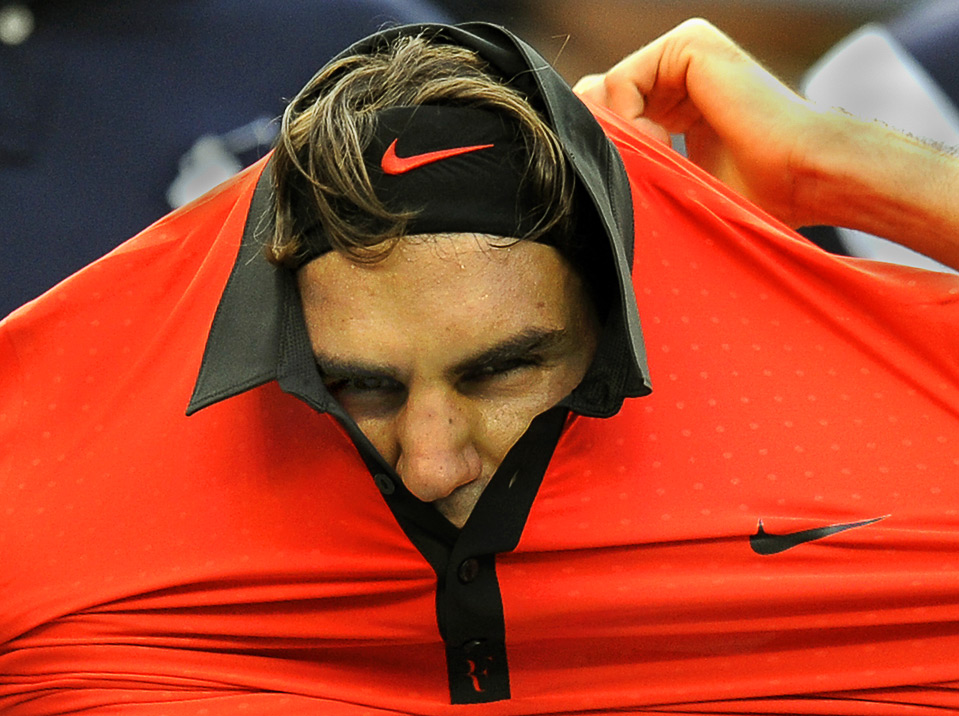 16
Roger Federer peeks out of his shirt during his match against Novak Djokovic September 13. (TIMOTHY A. CLARY/AFP/Getty Images) # 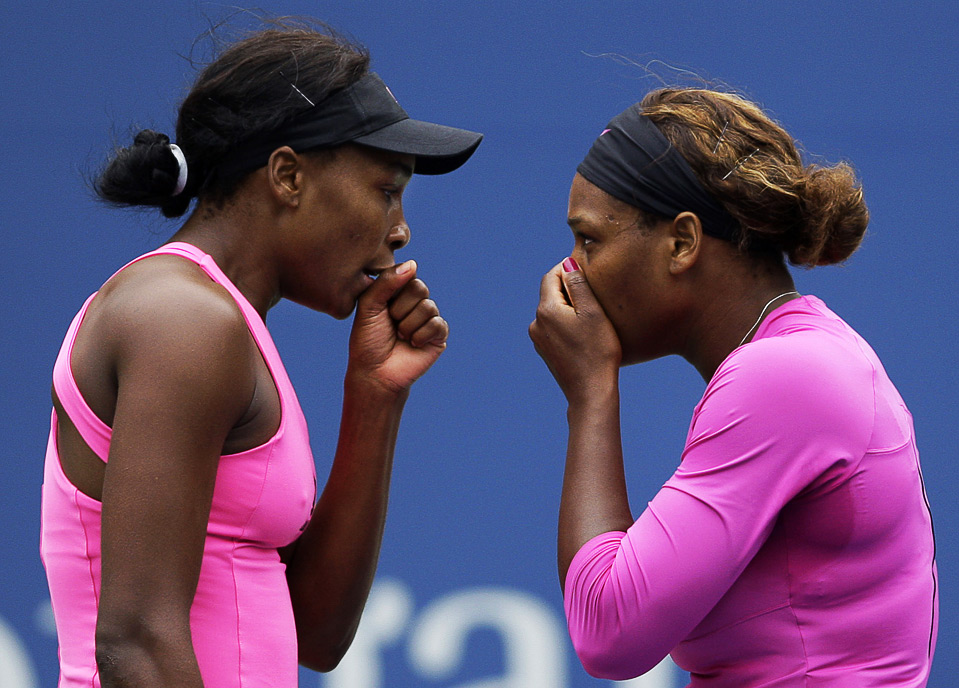 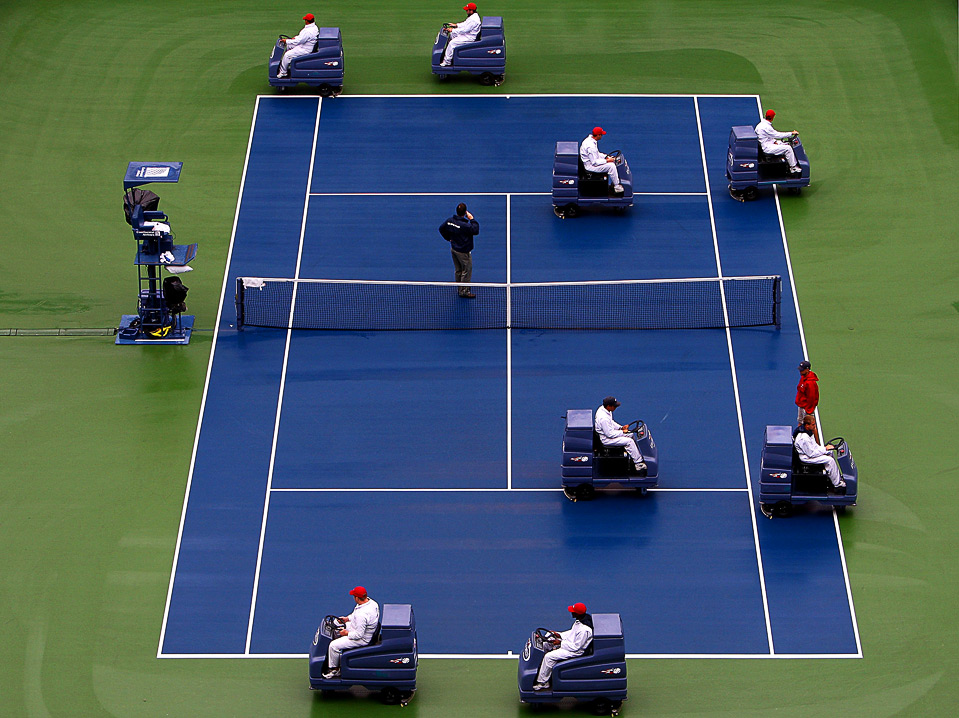 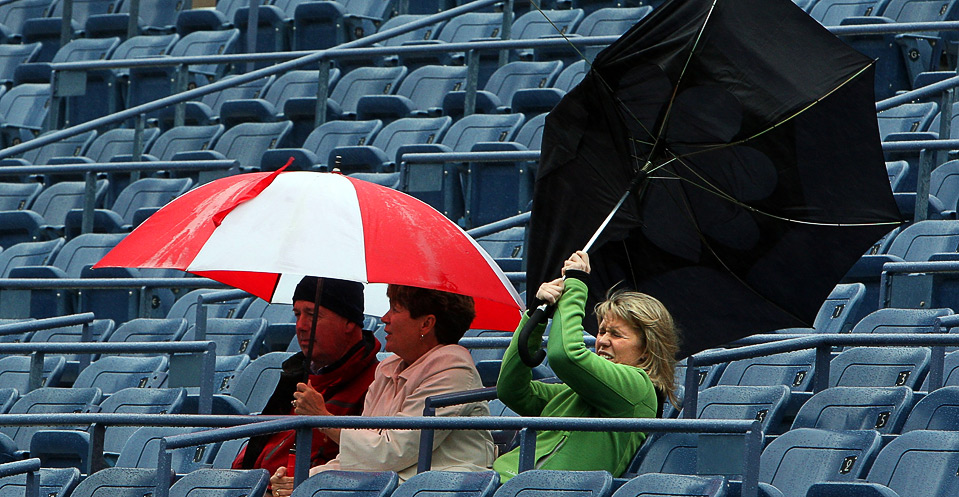 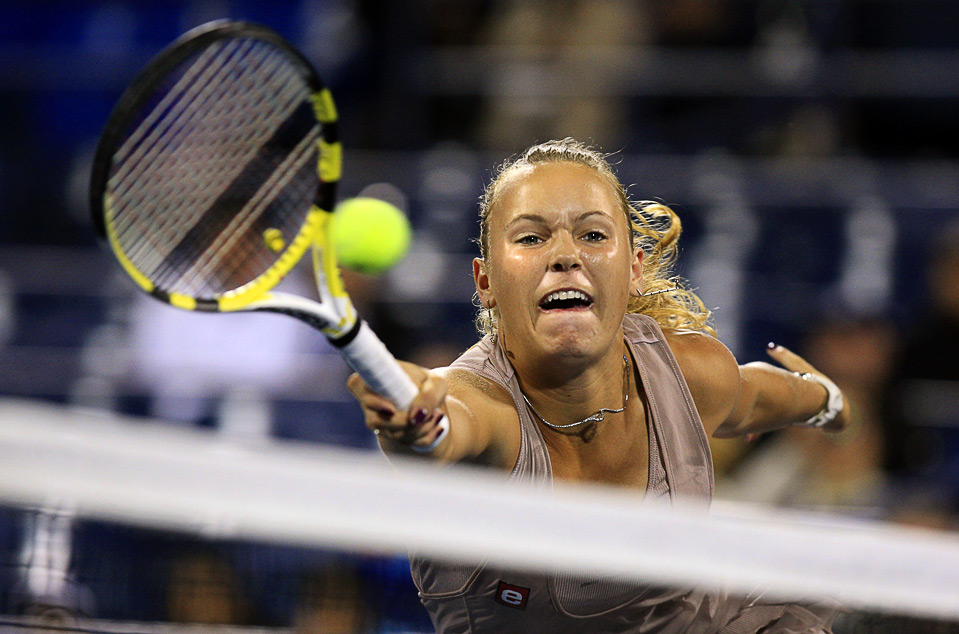 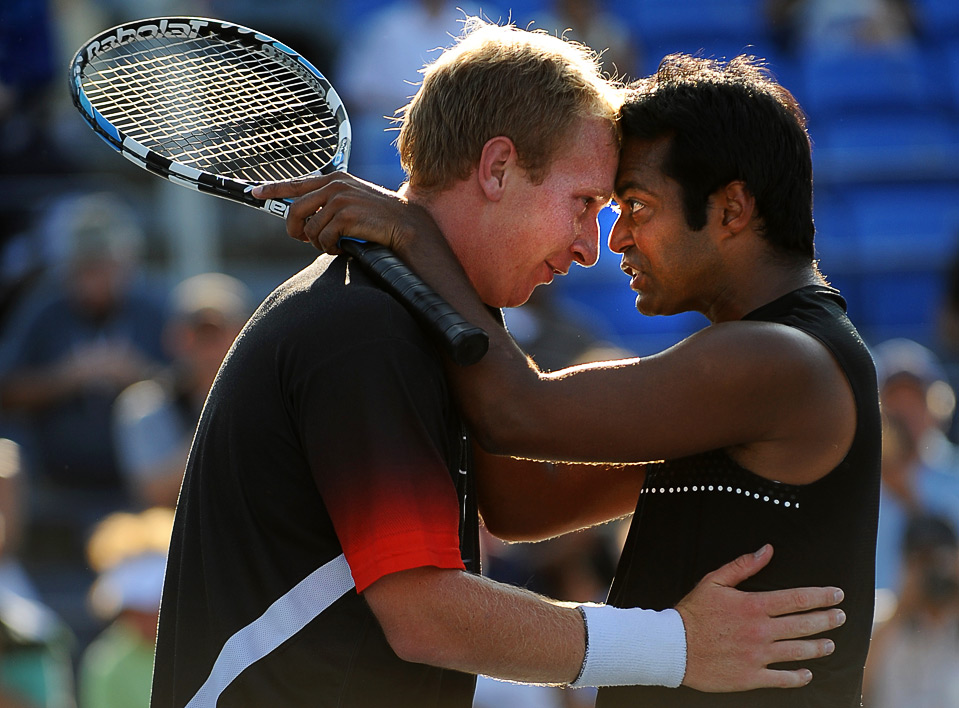 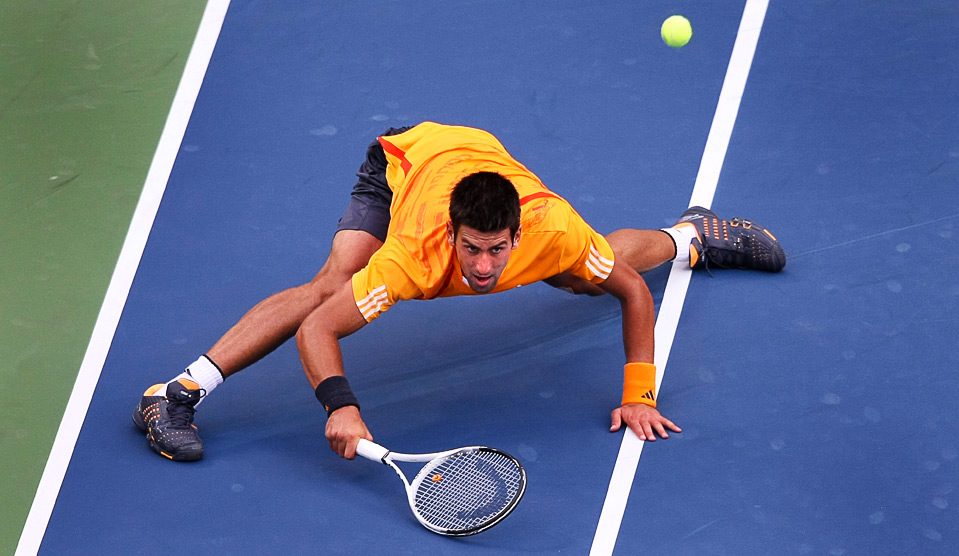 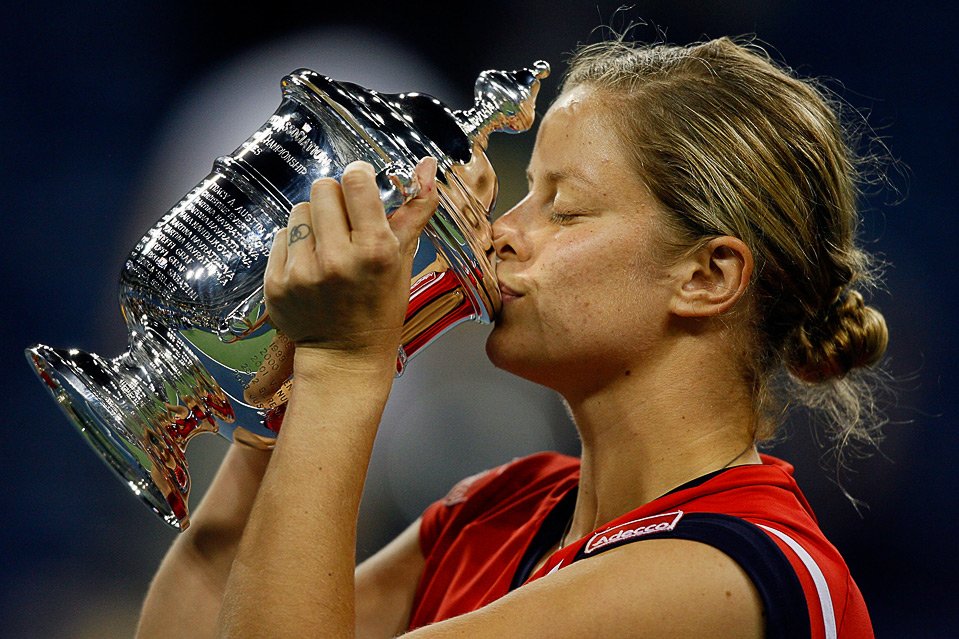 26
Marcelo Gomez (center), who coached Juan Martin del Potro since he was a child until 2007, is carried by friends in his hometown of Tandil, Argentina as they celebrate Del Potro's victory against Roger Federer in the men's singles final September 14. (REUTERS/Marcos Brindicci) #

More links and information
Official US Open site -
See more great photography at The Boston Globe's photography home page here -
The Natural World: a weekly full-screen gallery of the best photographs in the world showing nature and the environment -
The best pictures of the week from the photography staff of the Boston Globe -
The Big Picture: news stories in photographs -
Sportsshooter.com, the online resource for sports photography -
ADVERTISEMENT
< Back to front page
recent entries
Advertisement
(only click once)