This week Big Shots dives underwater in Beijing in a homemade submarine, then sneaks on top of Kuala Lumpur's Petronas towers with daredevil climber Alain Robert. In between there's the South American Freeskiing championships in La Parva, Chile, and a quarter of a million rubber ducks bobbing down the Thames in London. In a later post I'll look at the cycling season's third Grand Tour, the Vuelta a Espana. ( 31 photos total)

Monks play volleyball at Rabdey Dratsang in the southeastern district of Samdrup Jongkhar in Bhutan September 3. Five decades ago, Bhutan was a feudal, medieval place with no roads, proper schools or hospitals and scarcely any contact with the outside world. Today education and healthcare are free and life expectancy has risen to 66 years from less than 40. (REUTERS/Singye Wangchuk) 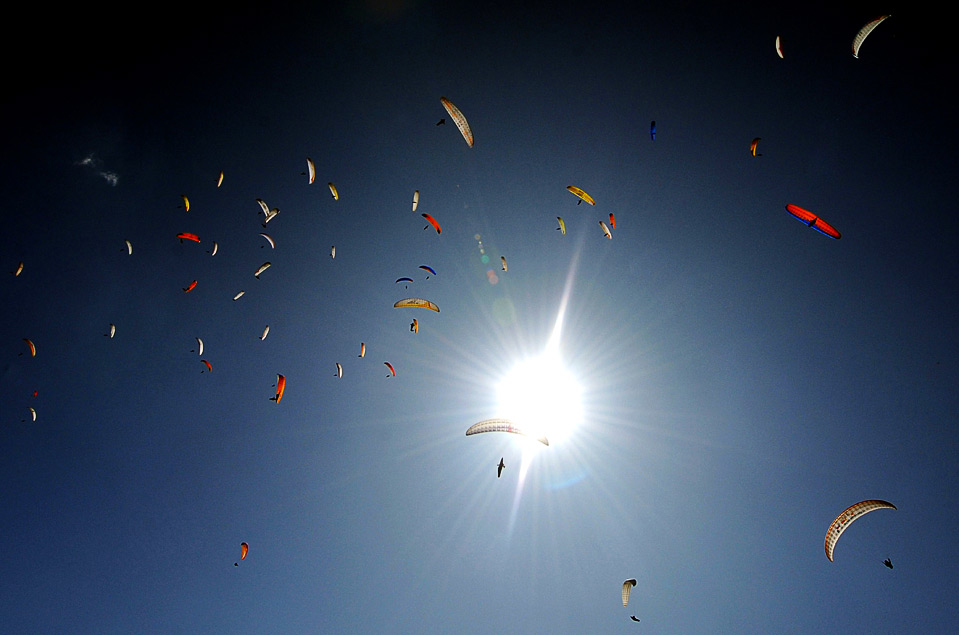 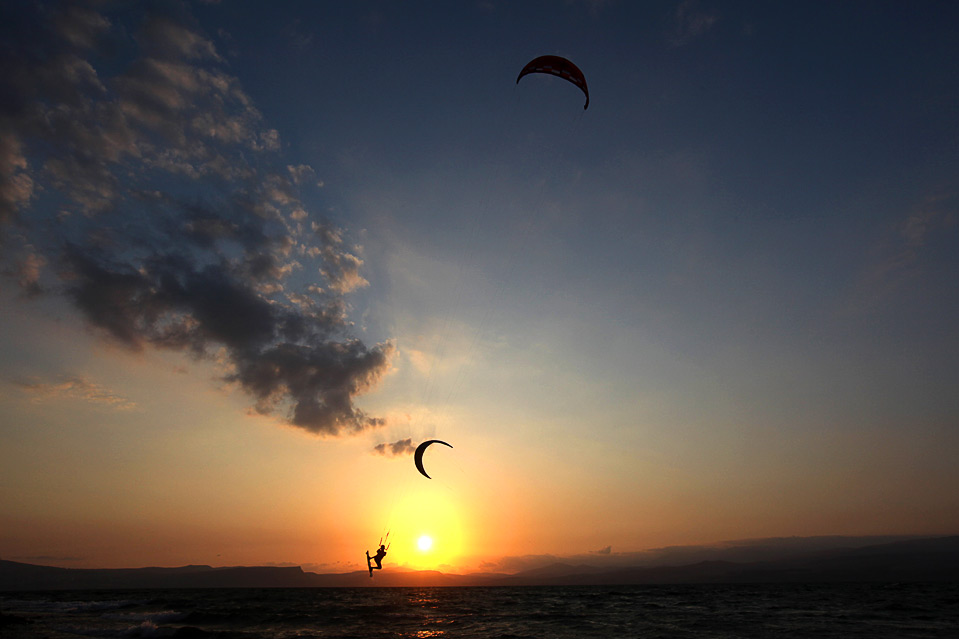 3
A kitesurfer gets airborne in the Sea of Galilee in northern Israel September 5. (MENAHEM KAHANA/AFP/Getty Images) # 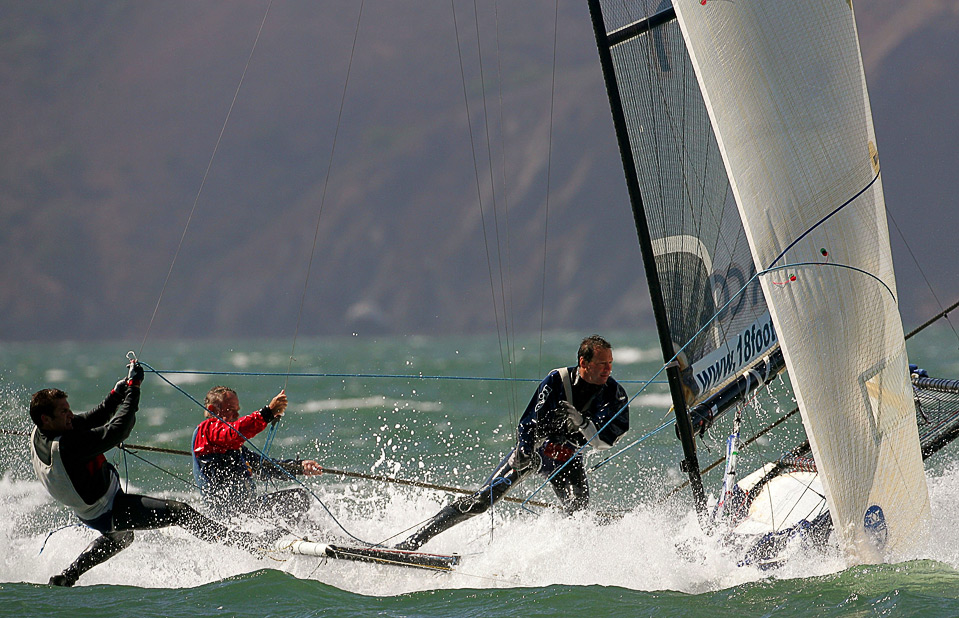 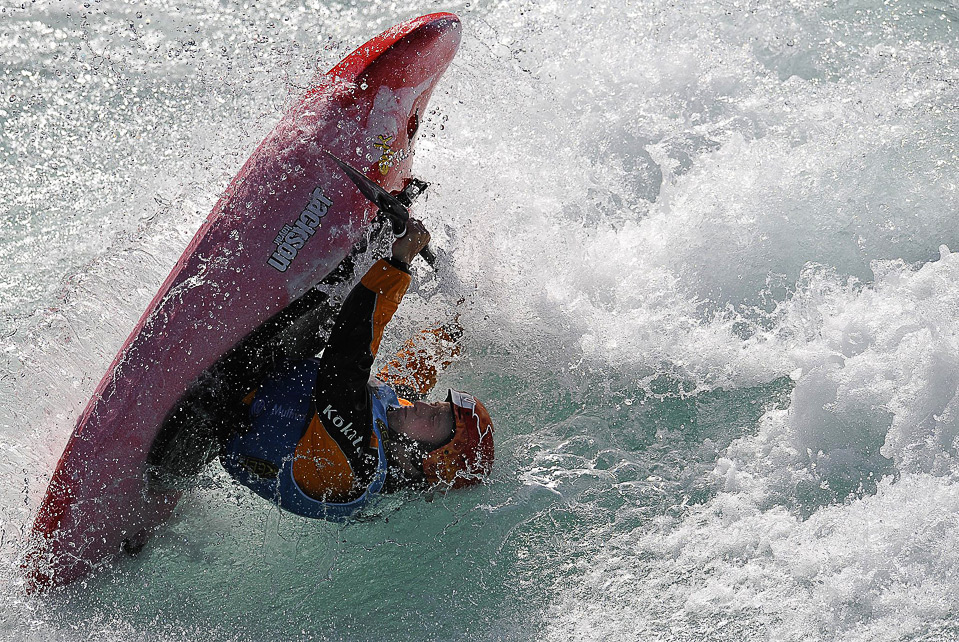 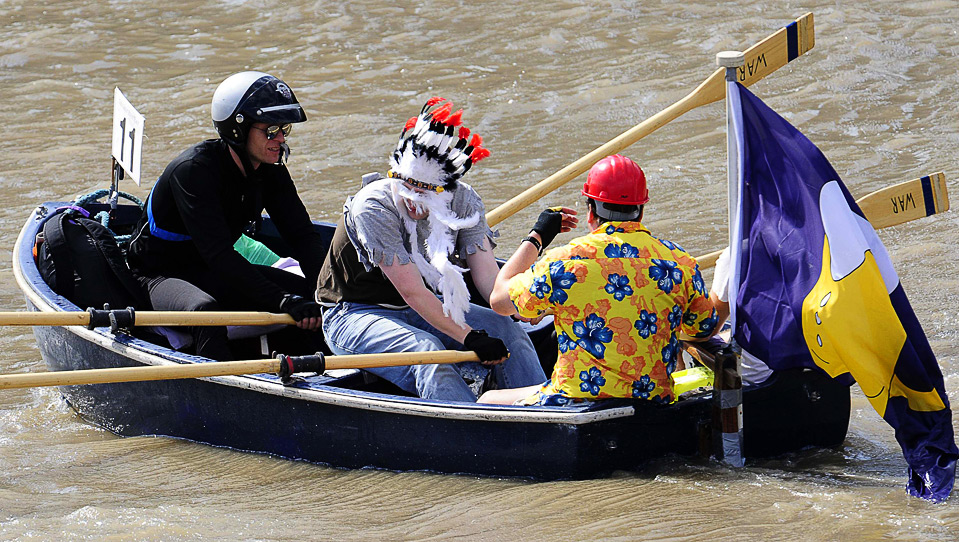 6
Rowers join the Great River Race on the River Thames in central London September 5. 300 crews in a range of boats and abilities from around the world followed a twenty-two mile course between London's Docklands and Richmond. (REUTERS/Toby Melville) # 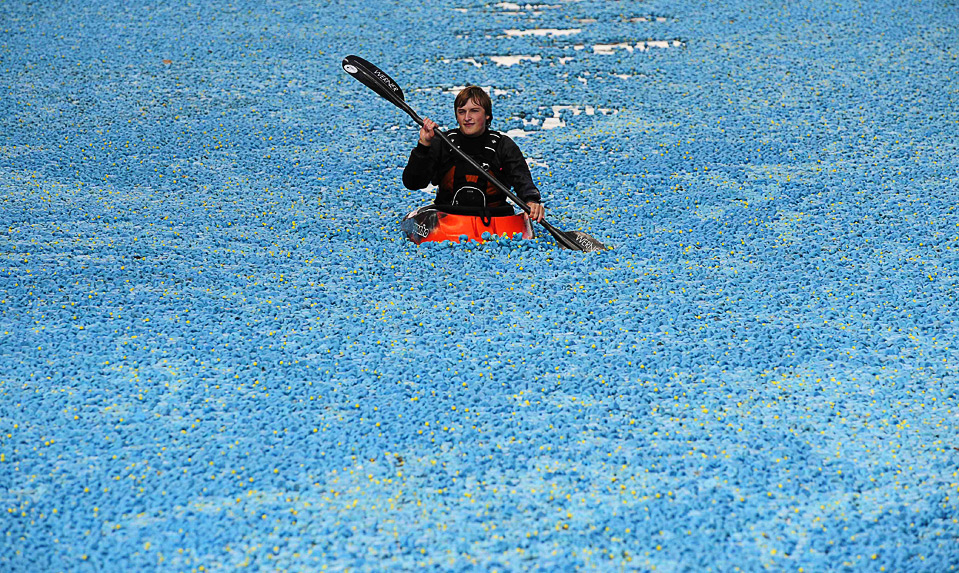 7
A canoeist paddles among thousands of plastic ducks on the River Thames at Molesey Lock, west of London September 6. The annual charity duck race saw up to a quarter of a million ducks released in an attempt to set a new world record. (REUTERS/Toby Melville) # 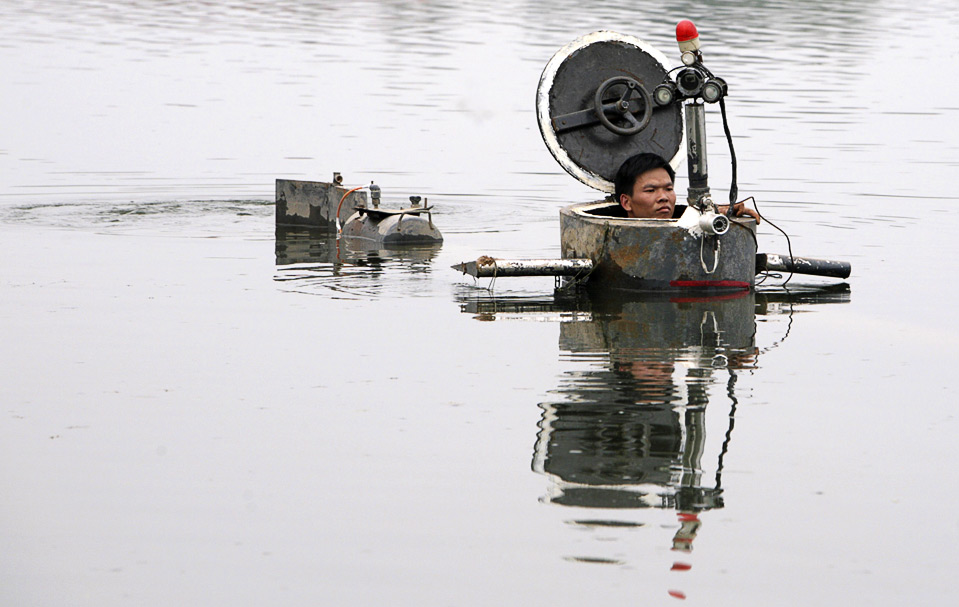 8
Amateur inventor Tao Xiangli operates his homemade submarine in a lake on the outskirts of Beijing September 3. He made the fully functional submarine, which has a periscope, depth control tanks, electric motors, manometer, and two propellers, from old oil barrels and tools which he bought at a second-hand market. He took two years to finish the submarine, which cost 30,000 yuan ($4,385). (REUTERS/Christina Hu) # 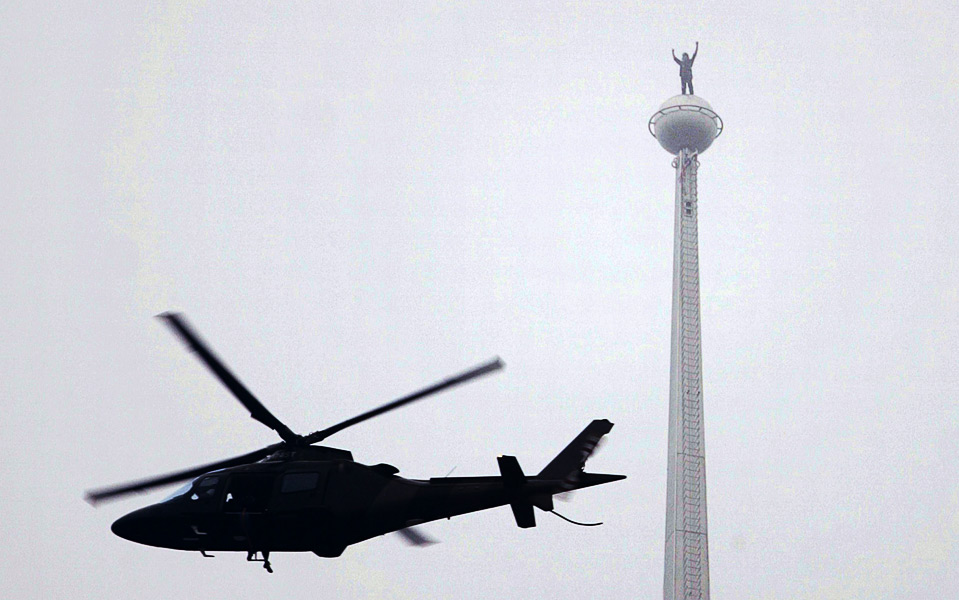 9
French climber Alain Robert, known as "Spiderman", stands on the tip of Malaysia's landmark Petronas Twin Towers after scaling one of the 1,483' spires in Kuala Lumpur September 1. (REUTERS/Zainal Abd Halim) # 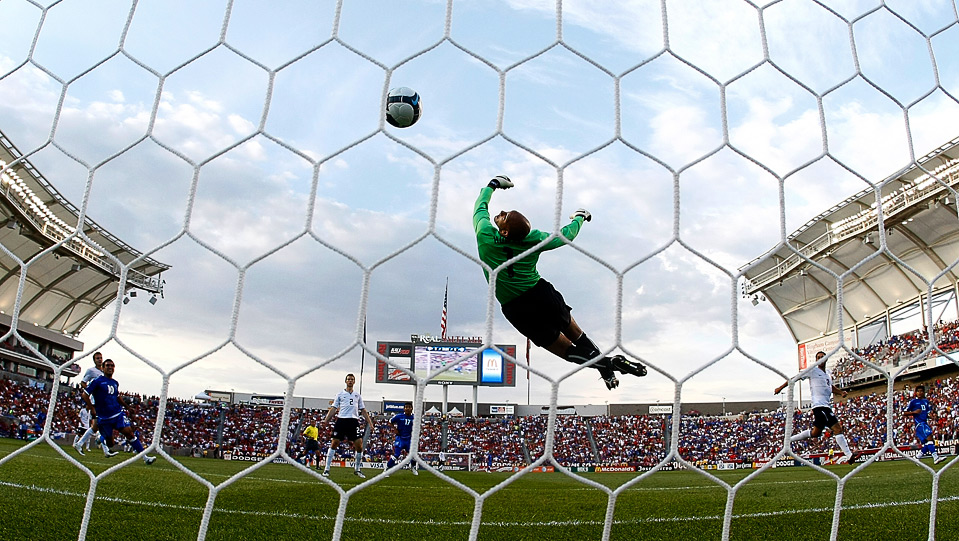 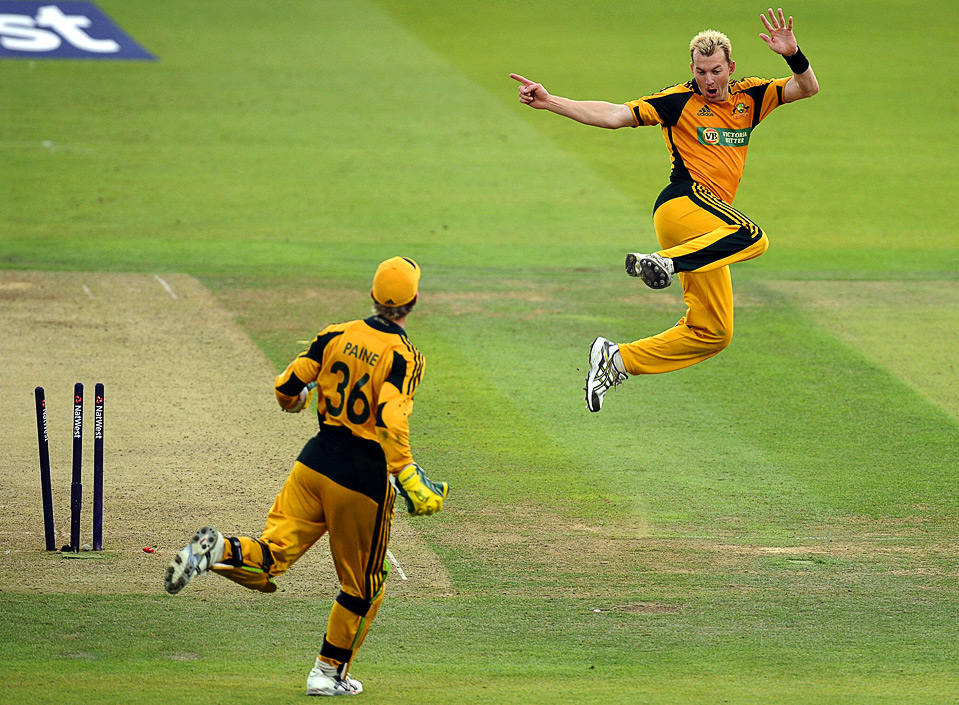 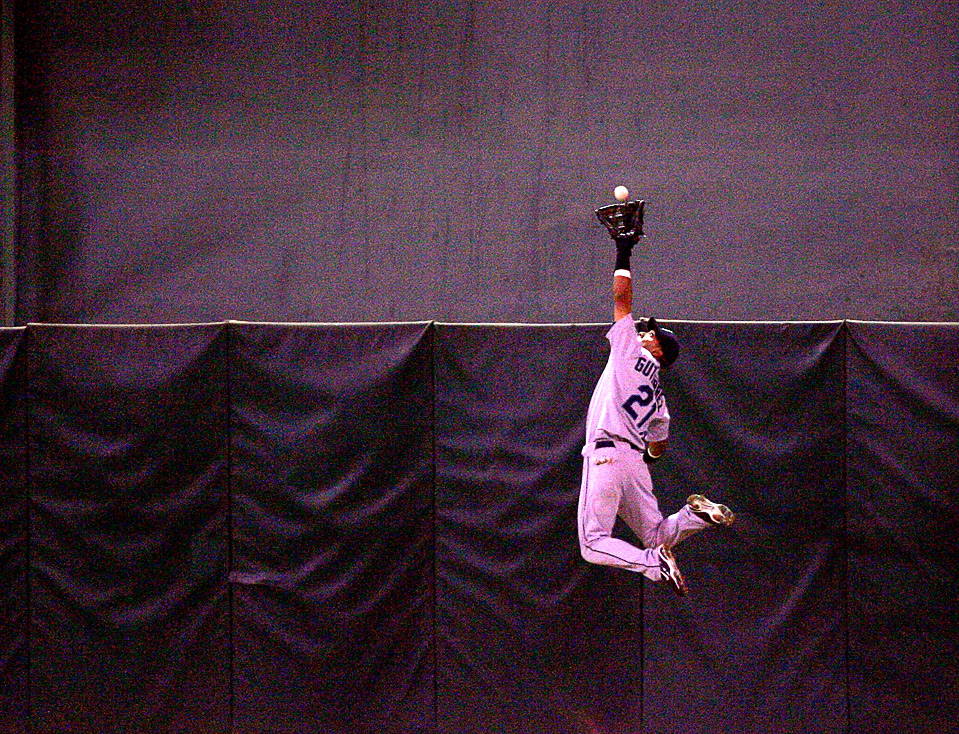 12
Franklin Gutierrez of the Seattle Mariners just misses a home run by Nomar Garciaparra of the Oakland Athletics during a MLB baseball game at the Oakland Coliseum September 4. (Ezra Shaw/Getty Images) # 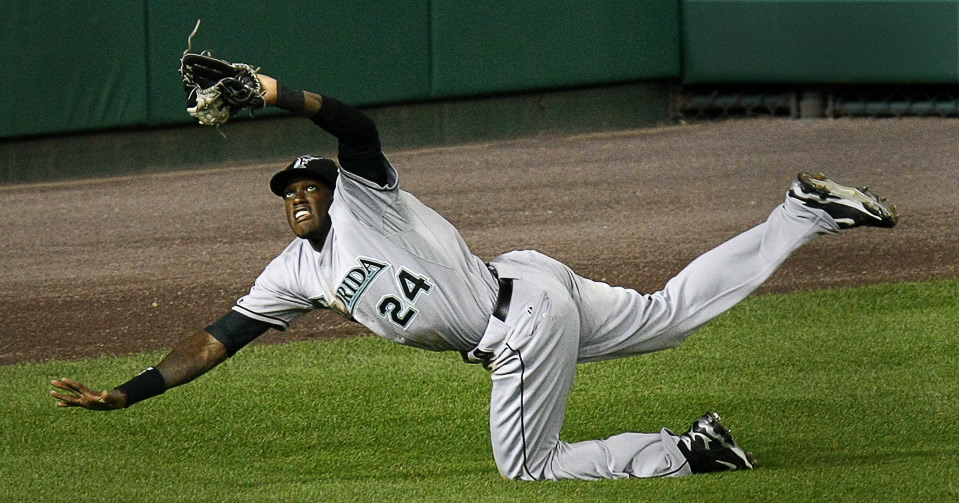 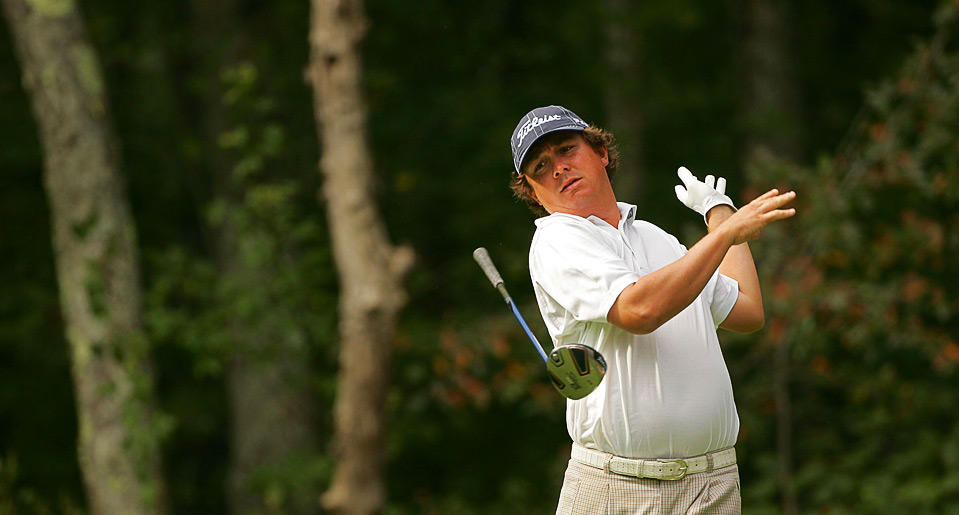 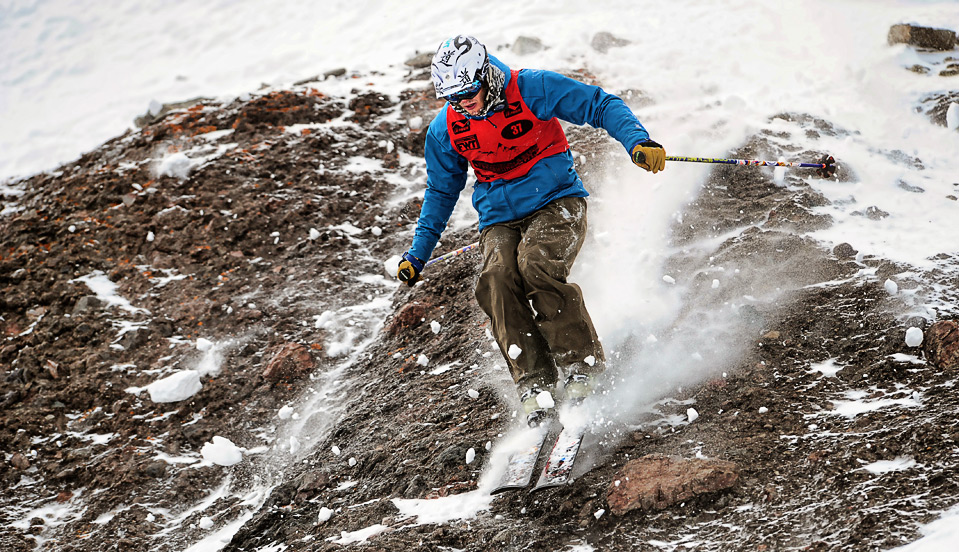 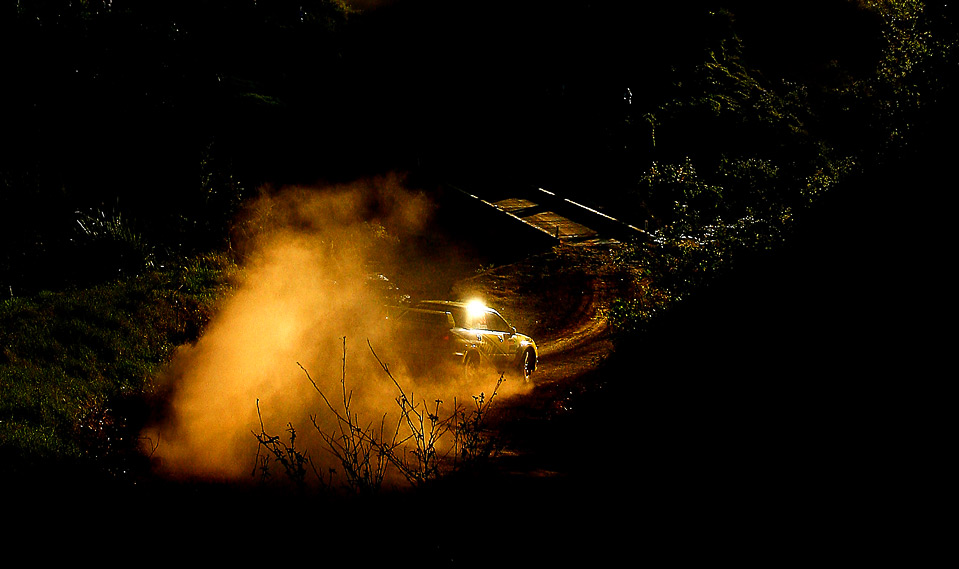 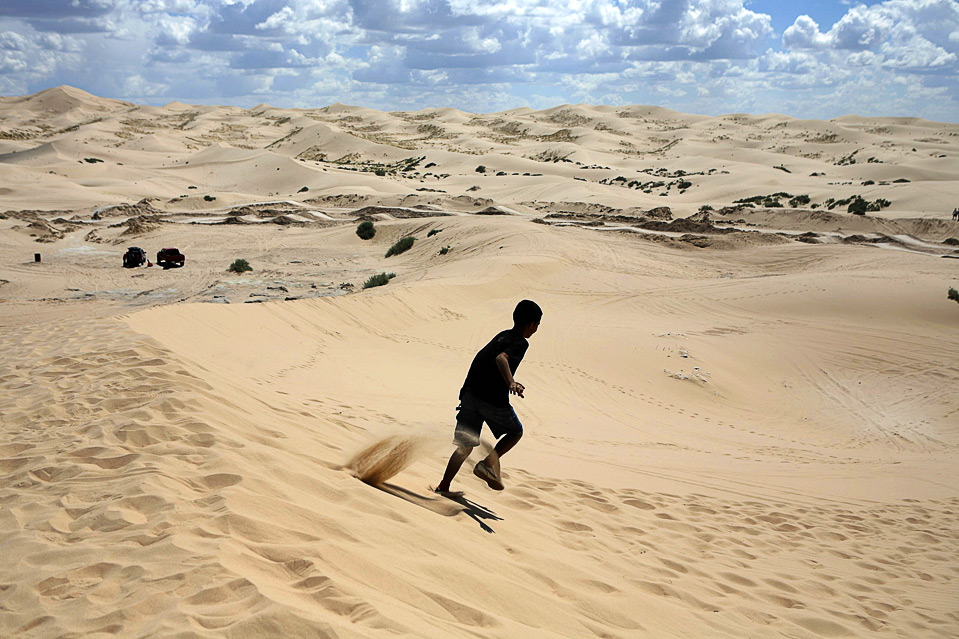 19
A boy runs on sand dunes in Samalyuca, Mexico September 6. The Samalayuca Dunes are one of the largest and least studied sand seas of North America. (REUTERS/Tomas Bravo) # 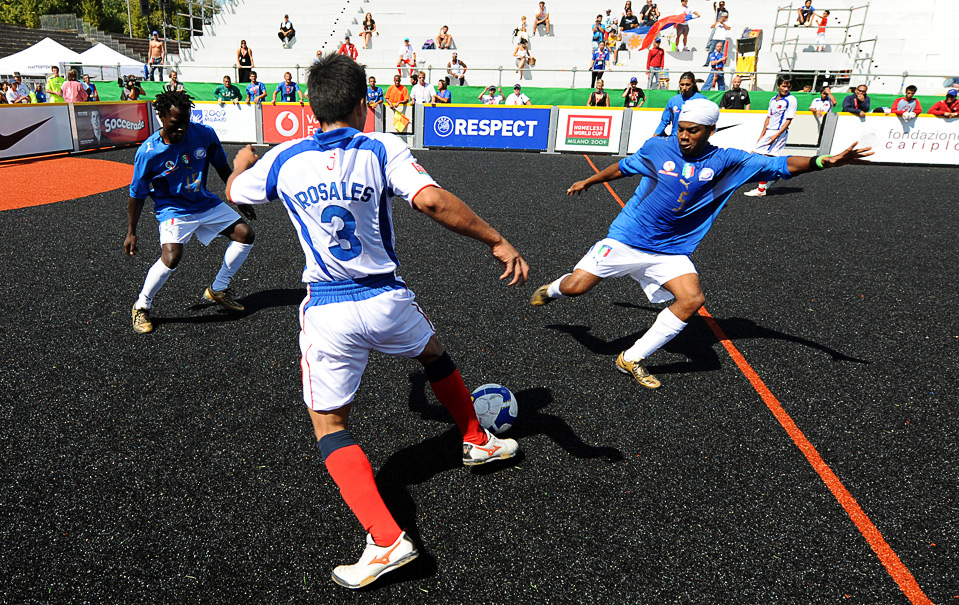 20
Team Italy plays team Philippines in the 'Homeless World Cup' in Milan September 7. Around 500 homeless people from 48 nations represent their countries in the event in which 77% of players go on to find a home, come off drugs and alcohol, get into education, jobs, training, and repair relationships with friends and family. (GIUSEPPE CACACE/AFP/Getty Images) # 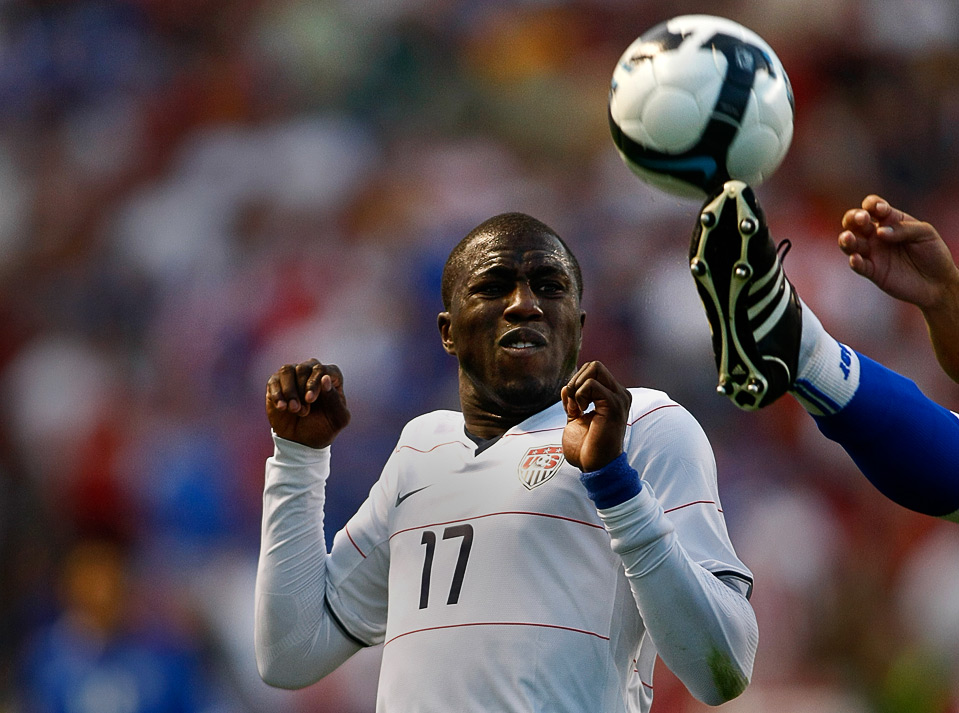 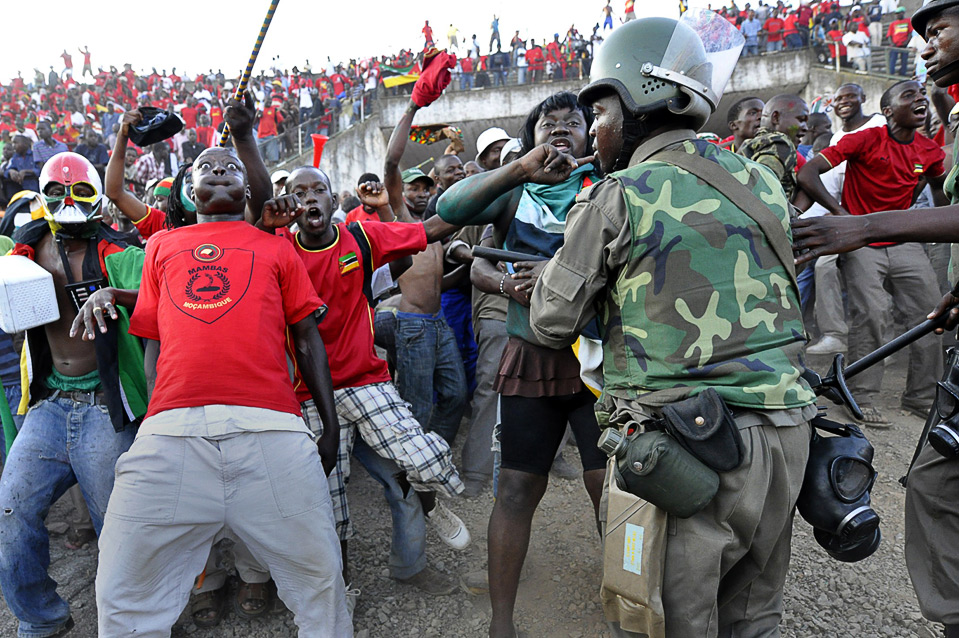 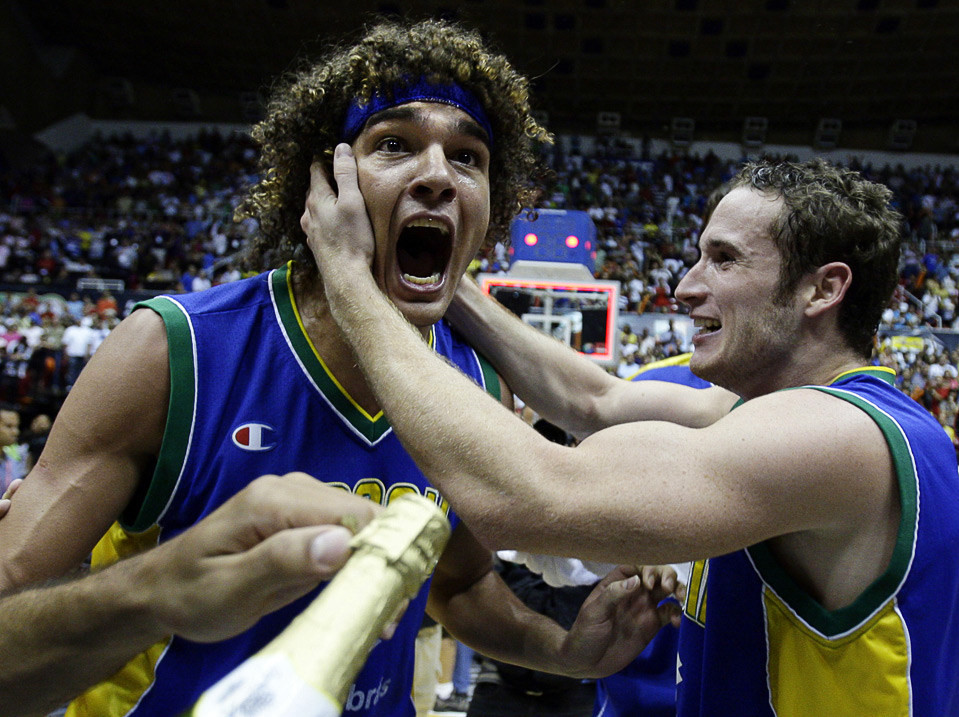 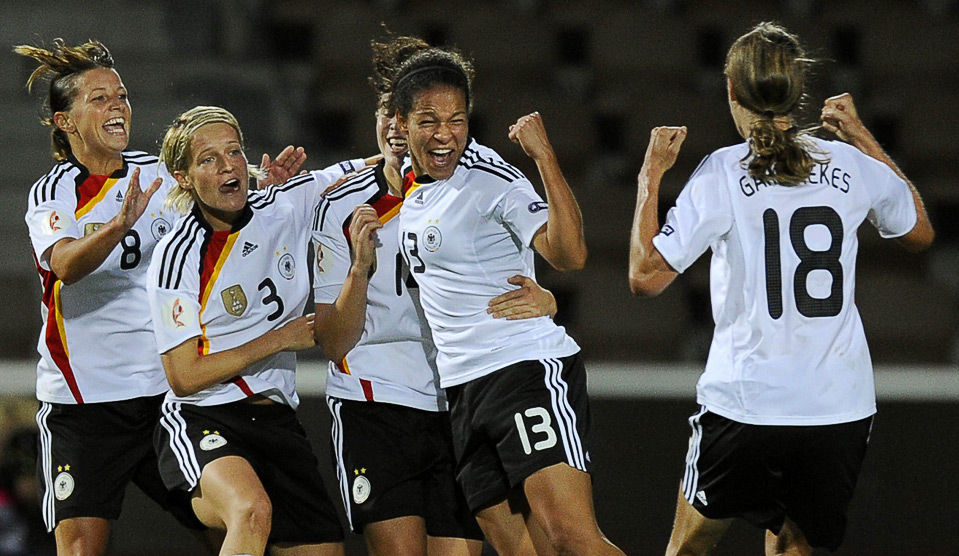 24
Germany celebrates after scoring during the semifinal of the Women's EURO 2009 soccer tournament against Norway September 7 in Helsinki. (OLIVIER MORIN/AFP/Getty Images) # 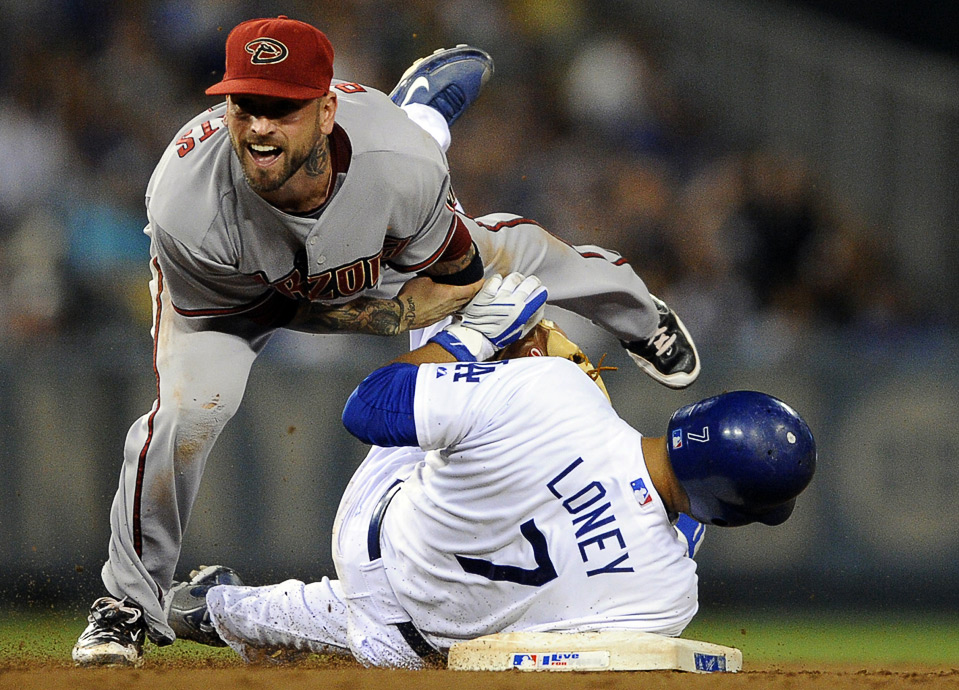 26
Finland's Noora Raty (right) untangles herself from American Kelli Stack during their semifinal in the Hockey Canada Cup in Vancouver September 5. (REUTERS/Scott Audette) # 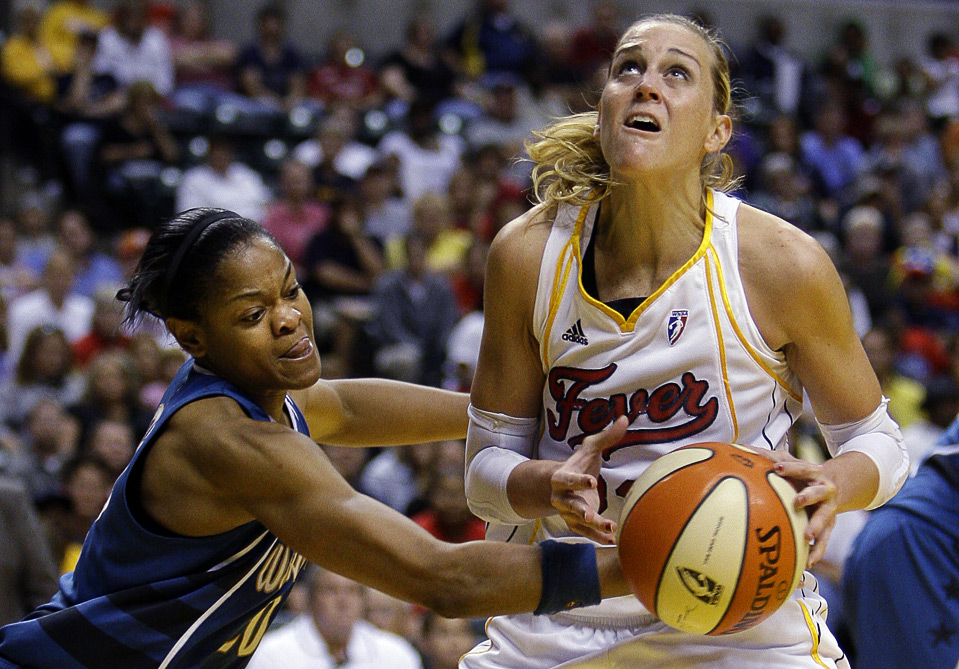 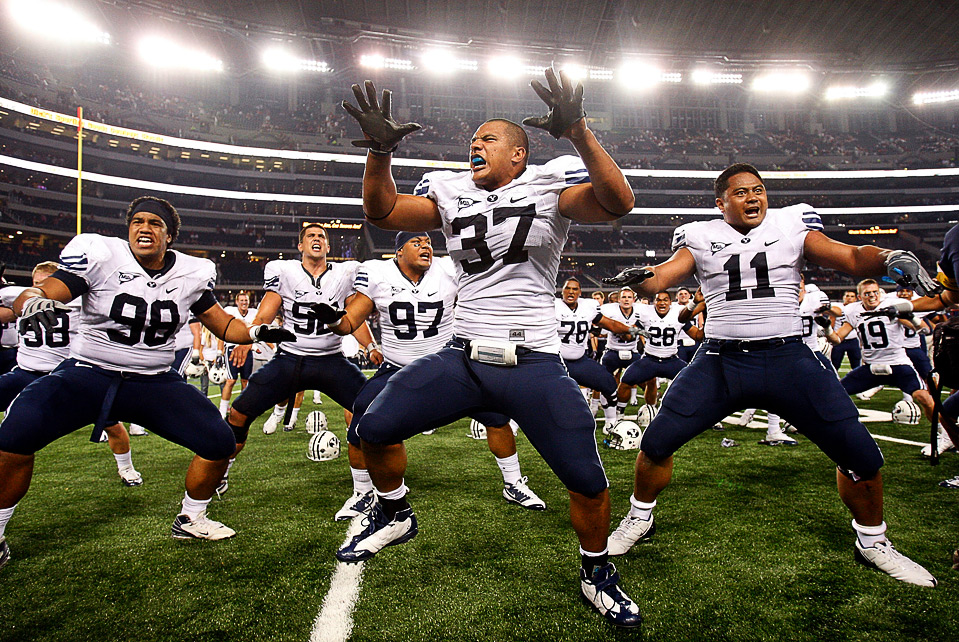 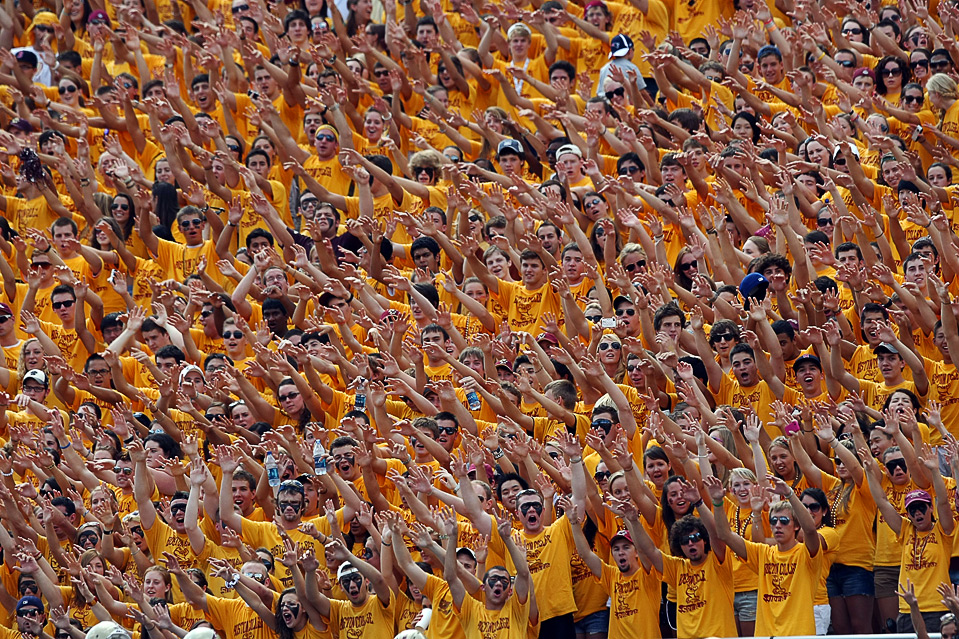 29
Boston College Eagles fans cheer on their football team as they take on the Northeastern Huskies September 5 at Alumni Stadium in Chestnut Hill, Mass. (Elsa/Getty Images) # 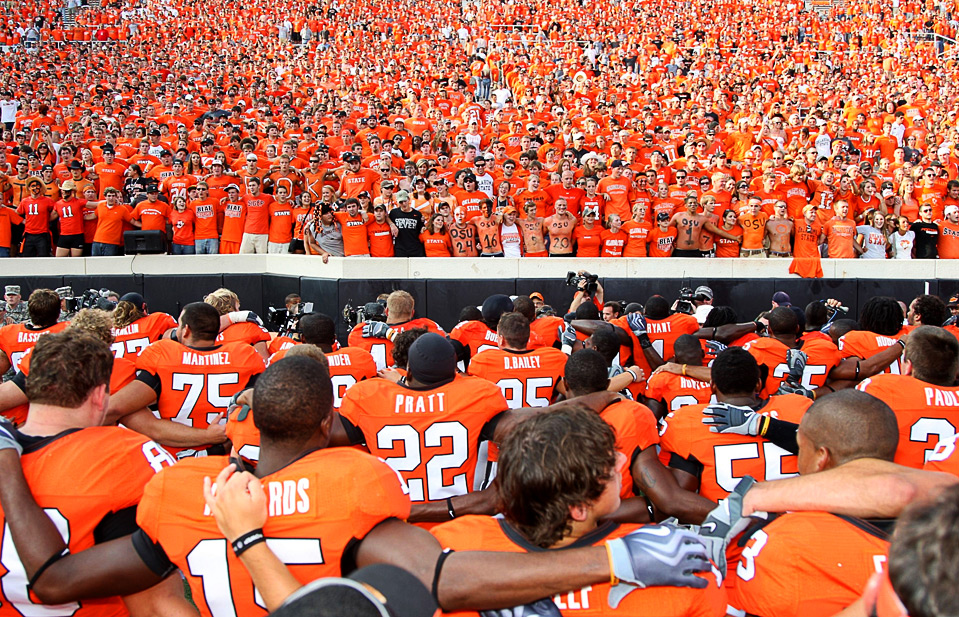 30
The Oklahoma State Cowboys sing their school's Alma Mater with fans after their victory over the Georgia Bulldogs at Boone Pickens Stadium September 5 in Stillwater, Okla. (Christian Petersen/Getty Images) # 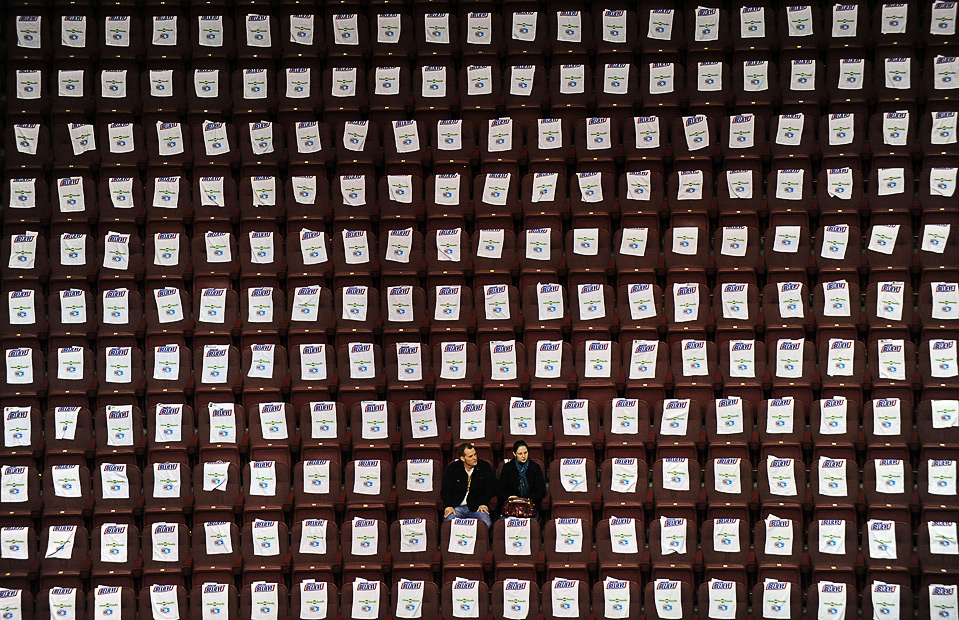 31
Fans wait for the start of the USA and Canada game during the gold medal match of the Hockey Canada Cup September 6 in Vancouver. (Harry How/Getty Images) #

some are cool some arnt but most are!!!

Posted by bug September 11, 09 09:47 AM
recent entries
Advertisement
(only click once)