Keys to the Celtics-Hawks series 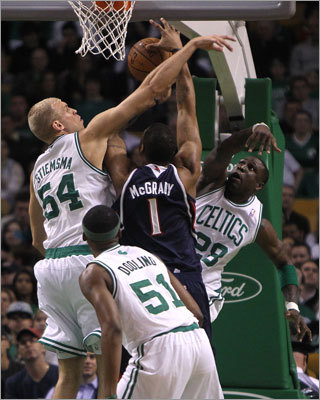 Celtics fans know that Boston's chances this postseason hinge on the team's defense. The Celtics ranked third in the league in opponent points per game (89.6), but fans might be surprised to learn that the Hawks finished fifth (93.2 points) in that category. Outside of Johnson and Josh Smith, the Hawks don't scare you with talent down the rest of the roster. But they've taken a page from the Celtics' book, and the could easily win the series by putting the clamps on.