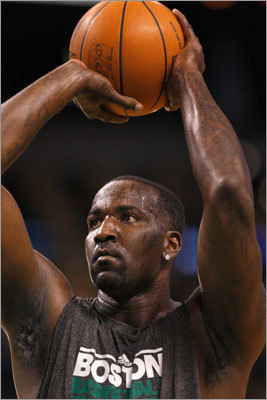 5. Fans won't get over Kendrick Perkins

"But what about Perk? We already had a big man." There may not be bigger fans of Perkins than us, but there were two realities that made trading him necessary: He was injured and wasn't going to help in the playoffs last year, and he was going to be out of Ainge's price range this year. To that end, Ainge gave his team a chance to contend last season by adding Jeff Green and a healthy center in Nenad Krstic. But Perk isn't here, and some Celtics fans will never get past that.