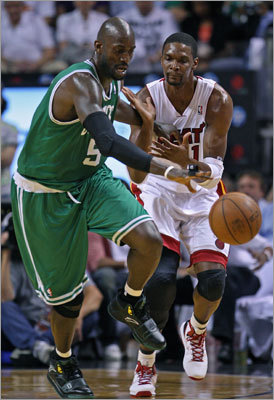 3. Kevin Garnett will have 25 double-doubles

The lockout may benefit Garnett more than any other player. KG looked like a different player last season, finally getting over a knee injury that caused him to miss the 2009 playoffs and limited him in 2009-2010. Garnett had 28 double-doubles last season after putting up just 10 the year before. Rivers spoke Thursday about getting Garnett's minutes right this season, but one thing is clear: two fewer months means a fresher Garnett, which could be one way in which this year's team is better than last year's.