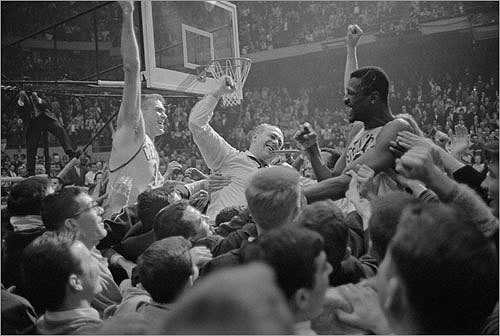 The 1963-64 Celtics relied on defensive dynamos KC Jones and Bill Russell, who led the league in rebounds, to fill Bob Cousy's shoes after his retirement in 1963. Sixth man John Havlicek led the team in scoring with 19.9 points per game, as the Celtics had five players averaging more than 10 points per game and three more over eight. They finished the season with a league-leading 59 wins, and an NBA championship over the San Francisco Warriors.