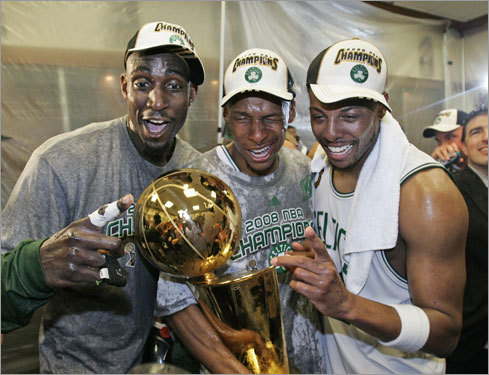 In 2007, the Celtics were coming off a miserable 24-58 campaign, second-worst in the NBA. They missed out on the two jewels of the draft, getting only the No. 5 draft pick. But savvy trades brought in stars Kevin Garnett (left) and Ray Allen (center), and the C's roared to a league-best 66-16 regular-season mark. Celtic lifer Paul Pierce (right) and Allen averaged better than 20 points per game apiece in the Finals, and Garnett poured in 18.2 points and 13 rebounds per game to bring Boston its record 17th championship in six games over the Lakers.