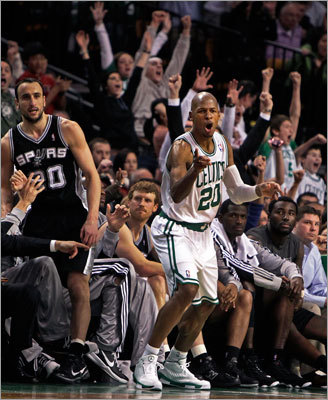 Celtics guard Ray Allen became the NBA's all-time leader in 3-pointers made, passing Indiana Pacers great Reggie Miller in February of 2011 vs. the Lakers. While Allen has made the most threes ever, he's third in Celtics history in terms of 3-point percentage.

Check out the rest of the gallery to see the top five Celtics 3-point shooters in history. And since the 3-point line has only existed since 1980, we feature some of the best long-distance shooters before the line was put in as well.

At the end, vote for which of these players you'd want taking the shot at the end of a game.