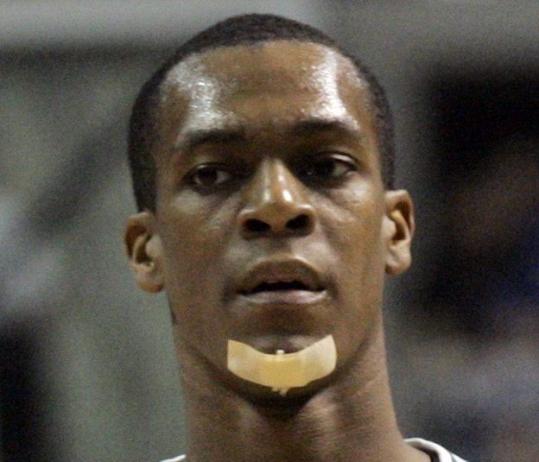 DALLAS - When Celtics coach Doc Rivers and point guard Rajon Rondo watched replays of Rondo throwing the ball at an official during Sunday night’s loss to the Pistons, they prepared for at least a one-game suspension.

The NBA went one game further yesterday, handing Rondo a two-game suspension for his underhanded whipping of the ball into the midsection of official Sean Wright during the Celtics’ 96-81 loss in Auburn Hills, Mich.

Rondo sat out last night’s game against the Mavericks, robbing the Celtics of a second key component as Kevin Garnett missed his second straight game because of a personal family matter.

Rondo also must sit out tomorrow night’s game at Oklahoma City. He can return to action Feb. 28 at Cleveland.

Rondo drove to the basket with just over three minutes left in the third quarter Sunday night and appeared to be slapped on the forearm by Brandon Knight. After Rondo released the layup, which missed, Greg Monroe landed on Rondo’s back attempting to block the shot.

After no call was made, Rondo grabbed the basketball after the Celtics committed a 24-second violation and glared at Wright. He then whipped the ball at the official, who was standing about 8 feet away, as Wright held his hands up making the violation call.

“They caught us early and told us don’t prepare for him playing [last night],’’ Rivers said. “I kind of felt like that means multiple games, otherwise they would have said he was suspended for one game, so they were deliberating at the time. That led me to believe that’s what would happen.’’

It’s been a difficult stretch for Rondo, who had a poor game Feb. 10 at Toronto and then recorded a triple-double two days later against the Bulls at TD Garden. He then did not speak with the media for several days before playing well in a rematch at Chicago last Thursday, although the Celtics lost. Boston was dominated by the Pistons Sunday night; Detroit attempted 46 free throws to Boston’s 15.

“Listen, you are always disappointed when that happens,’’ Rivers said. “You never put yourself in front of the team, but the game is an emotional game. I think we can all agree that it was a pretty clear foul and a bad foul that wasn’t called and at the time we were getting our butts kicked and frustration was high and it’s a human game, and emotional things happen.

“Five seconds after it happened, I guarantee you Rondo wished he could take it back. He’s young and I hope we don’t forget that.’’

Avery Bradley got the start at the point last night for the Celtics, who arrived in Dallas having lost five of six games. Rondo had been contributing more offensively the past few games, so the Celtics will have to find scoring from somewhere else. Rivers hopes this is a lesson learned.

“When he walked in he said, ‘What do you think?’ and I said, ‘You’re not playing tonight,’ ’’ Rivers said. “He knew the one game. I think he’s very surprised at the two.’’

“When we started the season, we talked about our depth,’’ Ray Allen said. “We get an opportunity to show that because we do have guys at the guard position that can really step up and play and play well for us.’’

E’Twaun Moore and Keyon Dooling are likely to get more minutes at point guard, but neither brings to the offense what Rondo has. Rivers has said Dooling has played too much point guard already this season.

“Obviously we would like to have him on the court,’’ Dooling said. “We’re a better team with him on the court. But things like this via injury, via circumstance, situations like this come up and you’ve have to be prepared. I prepare myself to play two positions and when I am called, definitely be ready.’’