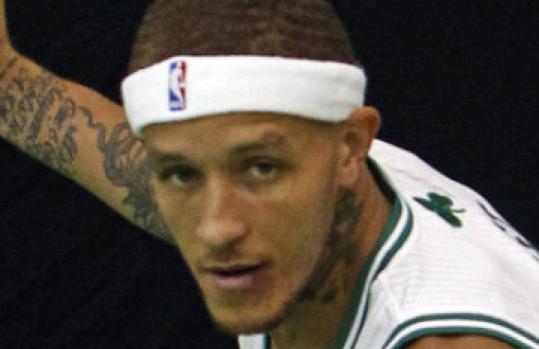 MEMPHIS — Before the season started, Celtics coach Doc Rivers figured Shaquille O’Neal would come to him with a doctor’s note at some point. So would Jermaine O’Neal. Maybe one of the Big Three, too.

It just made sense, given the squad’s age.

The starting lineup has indeed had a question mark every game since opening night, and there was a hole on the bench where Delonte West would have been. As a result, the season has been nothing close to normal, despite the team’s 8-2 start.

“We’re not going to have [normalcy],’’ Rivers said. “I went into the season [knowing] that. So far I’ve been proven right more than I wanted to be. But I just don’t see that happening with just so many guys with age.’’

Between Shaquille O’Neal’s right knee and Jermaine O’Neal’s left knee, those two barely have played in the same game since the opener. But between Glen Davis and Semih Erden (who has been playing with a bum shoulder), the Celtics haven’t let up in the paint or on the boards and have navigated the schedule with little trouble.

“I don’t think anybody expects guys to get hurt early in the season, but it does happen to a lot of teams,’’ said team president Danny Ainge. “You just do the best you can. Our team has done well in their absence.

With West set to join the team Wednesday at the Garden against Washington after his 10-game suspension, it will be like adding a free agent.

“It’s a great position to be in,’’ guard Ray Allen said. “We were able to weather the storm these first 10 games. He’s chomping at the bit. So you know you get another guy that’s going to be able to solidify that backup unit that gives more of a scoring pop — he played well in the preseason — so we look forward to it.’’

West will add another dimension, but it’ll also mean the Celtics will have to go through another transition period.

“It’s going to be an adjustment for the guys on the bench who are used to playing a certain way,’’ Ainge said. “They haven’t had Delonte. Right now they’re having success, so it’s just another challenge for Delonte to find a way to fit in and find his niche in the team and find his role. And it’s another adjustment that Doc has to make in finding room for another player. And that’s not as easy as it sounds.’’

West’s defense, his ability to be a floor general, and his scoring touch, will provide an instant boost to the second unit.

“D-West definitely adds more versatility to the lineup,’’ said forward Paul Pierce. “Somebody who can spell Ray. Ray’s been playing a lot of minutes in this stretch. He showed really great chemistry with Nate [Robinson] and our bench in the preseason and in practice. It’s going to be great to get his feet wet with that second unit and we don’t have to go with the starters for long stretches because of his versatility to play one or two positions.’’

Jermaine O’Neal left the game against the Mavericks last Monday after playing just 11 minutes, and although he made the trip to Miami, he went back to Boston Friday before the team traveled to Memphis to have his sore knee evaluated. It’s the same knee he had surgery on in 2007 to repair torn meniscus cartilage.

“I think it’s mostly wear-and-tear issues with Jermaine,’’ Ainge said. “It’s not any new or fresh injury. We just need to figure out the best way to manage it.