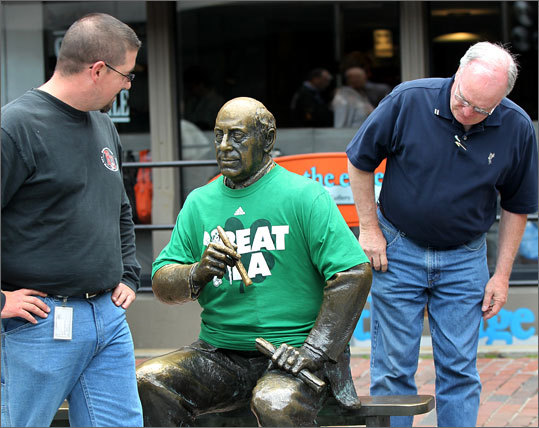 But in the eyes of retired Celtics stars, these showdowns are infinitely more intense, a cauldron of anticipation, stomach-churning stress, and desperate resolve. After a long, grueling season, a single showdown decides it all.

“It’s surreal,’’ said Cedric Maxwell, whose 24 points in Game 7 of the 1984 Finals led the Celtics to the championship. “The thing about the seventh game, there is no wiggle room. Everything multiples tenfold.’’

As the Boston Celtics prepare for tonight’s Game 7 against their archrivals, the Los Angeles Lakers — in a series that seemed preordained to go the distance — several former Celtics recalled the unique pressures involved in all-or-nothing games.

Pressure-packed and fiercely fought, they are nerve-jangling roller coasters of emotion where championships hang in the balance and often hinge on the slightest mistake.

Former players described them as fundamentally different from other contests, burdened with runaway adrenaline and enormous stakes. Win, and players are lavished with champagne and parades and assume a place in history. Lose, and a brilliant season ends in crushing defeat.

“Everything’s magnified because of what’s at stake. It’s going to be a defining legacy for these guys,’’ said Maxwell, who told his teammates in 1984 to “Climb on my back, boys.’’

Jim Loscutoff, who helped the Celtics to seven world championships in a nine-year career, played in one of the most dramatic seventh games ever, a two-point win over the St. Louis Hawks in 1957. The forward hit two crucial free throws in the waning moments to provide the final margin.

Now 80 and living in Andover, Loscutoff struggles even today to convey the enormity of a Game 7, and the knee-buckling tension as game-time nears.

“It’s tough to explain what goes on in your mind before a Game 7,’’ he said. “It’s the most difficult situation. You just have to get past it, just think about winning the game. Just try to relax and play.’’

Other players agreed that the pressure is worst at the start, like the first steps into cold water. Once the game gets going, competitive drive and focus take over.

“They’ll have a full day of restlessness,’’ said John Havlicek, who played on eight championship teams in a sterling 16-year career with the Celtics. By the time the game finally arrives, players are ready to run through walls to get onto the court, tense and testy from two days of pent-up energy. “You’re going on adrenaline because you can’t wait to get started,’’ he said.

Havlicek saved perhaps his finest moment for a Game 7, during the 1965 Eastern Division Finals against the Philadelphia 76ers. With only five seconds left, he deflected an inbounds pass to preserve a one-point Celtics lead, prompting broadcaster Johnny Most’s legendary call, “Havlicek stole the ball!’’

Havlicek was also a key member of the 1969 team, an aging bunch that rebounded from a lackluster regular season to win the championship. The gritty determination of this year’s Celtics squad reminds many of that team, which as history would have it won the title with a Game 7 victory in Los Angeles.

With a chance to win its second championship in three years, this year’s team is keenly aware of its place in history, the retired players said. That should provide both extra motivation and pressure.

“You really don’t need to have a pep talk or anything like that,’’ said Havlicek, 70. “You want to come out of this game saying you’ve done everything you possibly could have done.’’

Bob Cousy, a legendary point guard who helped the Celtics to six titles, said he spent his time thinking of Game 7 and Game 7 only. He told the hotel operator to hold all his calls and had room service send up his meals, so he did not have to deal with the world outside his room.

“I would simply go into isolation,’’ said Cousy, now 81. “I wanted to focus completely, with no distractions. If anything, I wanted to increase the pressure. That’s how I performed best.’’

By tip-off, Cousy was bouncing off the walls and ready to expend days of focused frenzy.

“By the time I got to half court to start the game, I was so strung out,’’ he recalled with a chuckle.

But even the great Cousy was not immune to Game 7 pressure. In the classic 1957 win over the Hawks, which earned the Celtics’ first title, Cousy stepped to the line late in the game for two pressure-packed free throws. He swished the first one, but then the Hawks’ coach called time-out to let him think about it.

When he got back to the huddle, his teammates were giddy with anticipation. Just make this one free throw, they told him, and the championship was theirs. “I never thought about pressure until that day,’’ he said.

Back on the line, Cousy, normally a solid free throw shooter, simply buckled, short-arming his attempt and missing badly.

“My arm never extended,’’ he said, still amazed by the story. “I miss the whole damn thing. Thank God we won that game.’’

As former Celtics, they are confident the team will respond well tonight.

With everything on the line, everything they have fought for during a determined playoff run, it all comes down to 48 minutes.