Five seasons into his career, Swift still hoping to make a big impact 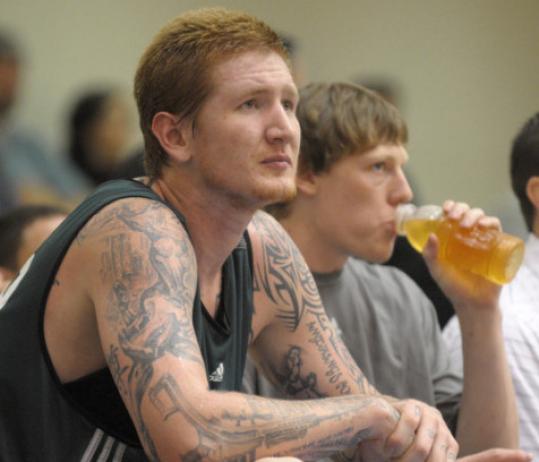 Robert Swift was probably destined to hook on with the Celtics, even if just for the summer league in Orlando.

“We’ve always liked what he can do,’’ president of basketball operations Danny Ainge said. “I’ve liked him since the first time I saw him - in high school.’’

And Swift has long had an affinity for the Celtics.

“Great team, great coaches, great players,’’ Swift said. “It’s Boston. I don’t think there’s a better city, all around; it’s the best place you can be.

“I’ve been watching the Celtics the last couple years, but they’ve always been my team - before they were great and after they won, it’s always been the Celtics.’’

Swift grew up in Bakersfield, a 7-footer attracting recruiters at every level. Swift committed to the University of Southern California before deciding to enter the NBA draft after high school. He was selected by Seattle with the No. 12 overall pick in 2004.

After two seasons of apprenticeship, including 20 starts in the 2005-06 season, Swift seemed ready for a breakthrough. At 21, Swift was slated to be one of the youngest starting centers in the league. Then he tore the anterior cruciate ligament in his right knee in an exhibition game and missed the entire 2006-07 season. He has played just 441 total minutes since.

“It seems like every time it’s been his turn, he has a setback with injuries,’’ Ainge said. “That is what has followed him in his young career.’’

But Swift, who was auditioning in Orlando for an invitation to the Celtics’ training camp, said he has recovered from surgeries to repair the ACL and a torn meniscus.

“This summer is about getting back in shape and showing everybody I’m healthy and ready to play,’’ Swift said. “My knee hasn’t felt better in a long time than it does now. I know I’ve felt better now than in the last five years. No problems, and having that time off - I’m 100 percent for the first time in a long time. A lot of people say it took them two years after ACL surgery to get back to where they were, and it’s just a little past two years now for me.

“It’s been frustrating, especially the ACL. It was the year after I ended up starting for the first time in my career, at the end of my second year. I still remember it . . . The day I was announced starting center for the season, I tore my ACL, in the first quarter of the last preseason game.’’

Swift played in eight games in 2007-08 and moved with the Sonics to Oklahoma City last season, starting in 10 of his 26 appearances and averaging 3.3 points and 3.4 rebounds.

“The last few years, and all the rehab, gave me a chance to work on all the off-court stuff,’’ Swift said. “I’ve been in the weight room, working on my weight, agility, speed - all the stuff a high school kid really needs coming out, I got a chance to work on that. I also got a chance to study the game and work on the game from a coach’s perspective. So, that helped me a lot. It’s been about the same as having four years of college and nine months of rehab.’’

Swift started all five games in the summer league and showed a nice scoring touch, averaging 7.0 points and shooting 12 of 18 from the field. His sternest test came against Indiana’s 7-2 Roy Hibbert. Hibbert scored 28 points in a 91-88 Pacers victory and Swift had 10 points on 5-for-5 shooting, mostly on pick-and-roll plays.

“[Ex-Sonics coach] Nate McMillan, my rookie year, that’s what he loves to run,’’ Swift said of the pick-and-roll.

Indeed, Swift has received coaching, but has had little consistency in his career.

“In six years, he’s had, like, five coaches, he’s had injuries,’’ Celtics assistant coach Mike Longabardi said. “It’s been tough. If he goes back and looks at it, maybe he should have gone to college.

“But he’s been great in terms of knowing what to do. I think his conditioning needs to get better and he’s definitely going to need more reps, he’s going to need more time. It’s tough to evaluate him because of the roster. I don’t know if this is going to be a fair evaluation.

“He does have size. There are moments when he’s shown what he can do. We’re always looking for consistency. If Danny and Doc [Rivers] decide he’s the best guy, then it’ll be him.’’

Said Swift: “I’ve bounced around so much on teams I’ve been on. Anywhere they want me to play, I’ll make it work.’’