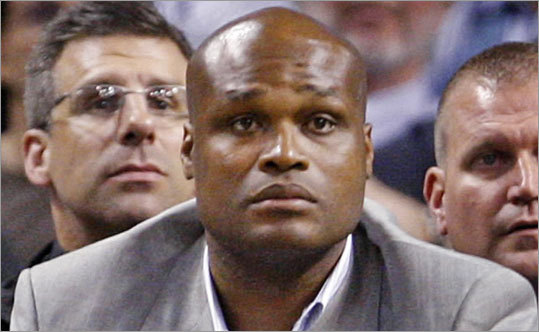 Former Celtic Antoine Walker owes $822,500 to three Las Vegas casinos, according to a criminal complaint filed this week with the district attorney’s office. The Las Vegas Sun is reporting Walker, 32, is charged with three felony counts.

In addition, a warrant was issued for Walker’s arrest late yesterday.

Walker took out gambling markers at Caesars Palace, Planet Hollywood, and Red Rock Resort worth $1 million from July 27-Jan. 19. Walker paid back $178,000 of the markers but now also owes $82,550 in fees to the district attorney’s office for executing the criminal prosecution requested by the casinos.

Walker then was dealt to the Heat and served as a reserve forward as Miami won the 2006 NBA title. He played the 2007-08 season with the Timberwolves but did not hook on with a team last year although he hasn’t officially retired.

Two years ago, thieves took a car, cash, and jewelry from Walker’s suburban Chicago home while he and a relative were bound at gunpoint. In January, Walker was arrested on charges of drunken driving in Miami Beach.