Opportunity to beat them has come, gone 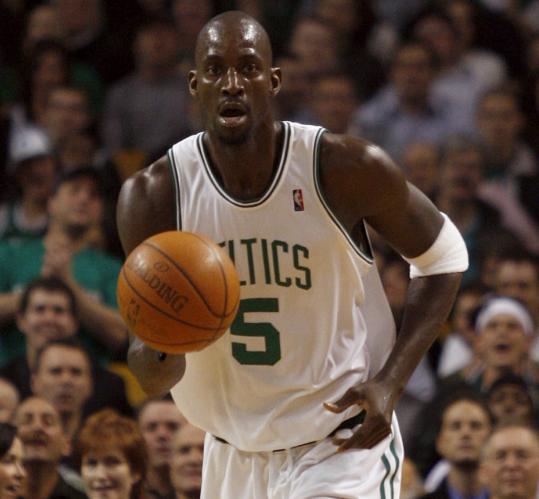 There was always doubt last season. The Celtics scorched NBA America for the six-month regular season, winning 66 games and vaulting into the playoffs with momentum and star power.

But we didn't know how good they were until they passed those tournament tests. The Celtics couldn't win on the road in the first two rounds of the playoffs. They could have lost Game 7 against Cleveland. They lost a home playoff game against the Pistons. Then they were consensus underdogs against the Lakers.

But they dug in and won the championship with relative ease. In case you forgot, they demolished the Lakers, 131-92, in the final game.

Now there is no doubt. It's as if they're telling the rest of the NBA, "You had your chance. The window is closed. Now we know we are the best and nothing can stop us from winning again."

The Celtics beat the Pacers, 114-96, at the Garden last night to improve to 18-2. They are 16-1 since losing at Indiana in the third game of the season. They have shucked off the Cavaliers, the Hawks, the Iverson Pistons, and the Brand Sixers. They have dispatched the Magic and avenged their aberration loss to the Pacers. They have demonstrated that they are even better than they were last season.

After yesterday morning's shootaround, a sweating, ever-serious Kevin Garnett did his best to explain what has happened to this team since the start of the playoffs last spring.

"The series with Atlanta and even with Cleveland, we just figured it out," he said. "We knew we hadn't done it yet. I don't think we looked at ourselves and had any kind of doubt. We just said, 'We're going to get this one tonight.' We lost. And then we'd say, 'We're just going to get this one tonight then.' We lost. But we went into every game knowing and thinking that we were going to win that game.

"The first two series [seven-gamers against Atlanta and Cleveland], I thought, gave us even more mental capacity for when we played Detroit. We knew Detroit was one of those teams that had been put together for a long time. We knew how to beat the teams of our caliber. So we went in there and I thought not winning on the road in those first two series just made us stronger. And we learned something. We learned that togetherness is everything and there was no better time to exercise that."

Doc Rivers was only too happy to step into the time machine.

"Going into the first round, I was concerned because in a lot of ways, we had it easy," he said. "We won 66 games, but we didn't have any tests in the regular season, and that was a concern for me. When you have a new team together, you almost hope that you have a test to see how guys react. Because in the playoffs, you're absolutely going to have tests and we didn't know how they were going to respond. I would say during the Atlanta Game 5 and Game 7 experience, I thought that showed me how we were going to respond in the situation. The Cleveland series could have gone either way. That was just a brutal series."

Owner Wyc Grousbeck pointed to Game 7 against the Cavaliers (a 97-92 Celtic win).

"It was all on the line," he said. "The Game 7 against Atlanta - that wasn't a Game 7. That was like, 'OK, finally order was restored in the universe.' But Game 7 against LeBron [James] turned the whole thing. That was Mount Olympus and it was the lightning bolt. We looked better in the Detroit series. We looked more confident. And in the Finals, I thought we should have been favorites. We had home court and the team had pulled it together."

And that was that. No looking back. No resting on laurels. What we see today is a team more confident than last season's, even without James Posey. The reigning champs are ever intense because of the maniacal Garnett.

He was the stabilizing force last night (26 points, 14 rebounds, 4 blocks) as the Celtics blew out to a 24-point second-half lead before going into cruise control.

The whole world keeps telling the Celtics how great they are, but Garnett won't allow complacency. He combines the talent of Russell (Bill, not Jeff) with the work ethic of Rudy (Ruettiger, not LaRusso). It is rare. It is something to be celebrated and cherished. It certainly makes life easier for Rivers.

"You can call it the swagger, but it's because we know what we put into practice, we know how we prepare," said Garnett. "We know that when we really lock in, things are possible.

"I just don't think we're in tune with the record. I think we're in tune with getting better. We know that some of the things we're doing are not as up to par as we'd like to be. Last year, I think our offense was way ahead of the defense. This year, defensively, I think we're ahead of our offense. I think we trust each other a lot more than we did last year just because we know each other and we know what to expect. But I think our philosophy is the same as last year. One game at a time. Each game individually.

"We're learning to trust that. Offensively, we're coming around. [Rajon] Rondo is having a crazy year. He and [Kendrick Perkins] are the one and two reasons that we are defensively sound and we are flowing offensively because the small pint [Rondo] is getting it done, so I'm just trying to knock on some wood and keep this thing going."

The small pint got it done against the Pacers to the tune of 16 points, 17 assists, and 13 rebounds. Rondo's dramatic progression is one more element that makes these Celtics better than last season's Green.

"Now they know they can win it," added Rivers. "That barrier is removed. That's gone. What they don't know is if they can do it again. They also know we have to be better than last year to do it again. We won last year, plus we're winning this year. You're going to keep hearing it. The key is understand you still have to improve this year to win it again. If we stay where we're at, we're not going to win a title. I think our guys understand that. And I think that's why we're pushing so hard."

They pushed past the Pacers last night. Tomorrow night, it'll be Portland with Greg Oden. One tomato can after another.

Sure, the Cavaliers are better than they were last season. Sure, the Lakers have Andrew Bynum this time around. But the Celtics are putting the league on notice:

You had your chance last spring. No stopping us now.