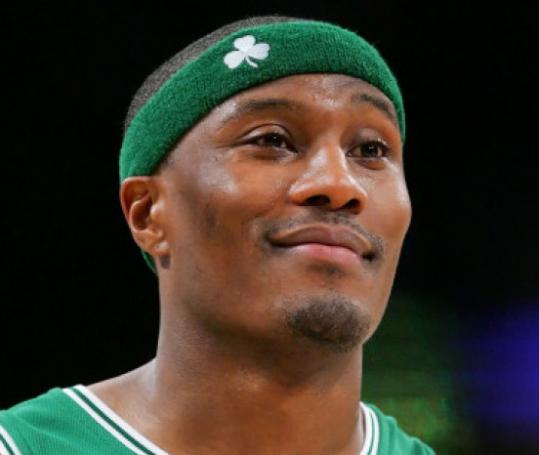 Celtics swingman James Posey now can sign a new contract at any time. Unfortunately for the NBA champion Celtics, they aren't the only title contender apparently interested in him.

After a moratorium period that began July 1, NBA free agents can sign as of today. The Celtics' free agents include Posey, guards Eddie House, Sam Cassell, and Tony Allen, forward-center P.J. Brown (who is expected to retire), and center Scot Pollard.

But the big question is whether Posey, a key reserve in Boston's run to the title, will be back.

While Posey's agent, Mark Bartelstein, wouldn't say which teams were interested in his client, he did say they were contenders. Among those also expected to be wooing the Cleveland native are the Cavaliers, Wizards, Hornets, Spurs, and Lakers.

Although a Celtics official has denied it, an NBA source said Posey was initially offered a three-year, $12 million deal by Boston, but the source said the Celtics have improved that offer. The most the Celtics can offer is the midlevel exception, expected to start at $5.58 million next season. At 31, the 6-foot-8-inch, 215-pound Posey seems to be interested in getting close to the midlevel exception and a lengthy deal. Boston currently has about $72 million committed in salary for next season and the salary cap, released last night, is $58.68 million, the luxury tax $71.15 million. Any team over the luxury tax has to pay a $1 tax for every $1 it exceeds the tax.

The Celtics were also very interested in Clippers free agent forward Corey Maggette, but according to the Los Angeles Times and the Associated Press, Maggette agreed to a five-year, $50 million deal with the Warriors. Losing out on Maggette likely will add to the urgency for Boston to re-sign Posey.

Posey averaged 7.4 points and 4.4 rebounds while shooting 38 percent from 3-point range in 74 regular-season games in 2007-08, his first season with the Celtics. The two-time NBA champion, who is now at his offseason home in Houston, wasn't available for comment and Bartelstein said it's "not [Posey's] style" to speak during free agency.

Bartelstein said he has been talking with Celtics general manager Danny Ainge about Posey every day and "he knows our thoughts."

"We still want Posey," said Ainge. "We still would want him back."

When asked if he would contact the Celtics if Posey had another serious offer in hand, Bartelstein said, "You can't do that. Free agency is not done that way. It's not fair. That would not be the program. He loves Boston, the coaches, and his teammates. But ultimately, he has to pick a place."

Bartelstein also represents House, Brown, and Pollard. The agent said House is also being considered by numerous teams, while the 38-year-old Brown is contemplating retirement and relaxing with his family in Slidell, La., with no decision on his future expected soon.

Bartelstein said Pollard is still recovering from surgery to both ankles and hopes to play next season. Cassell has said several times that he expects to re-sign with Boston and hopes to be an assistant coach after next season.

"We're still trying to figure out our options," Ainge said. "There are a lot of players. The players are looking at their options."