The NBA lockout is over: Now what? 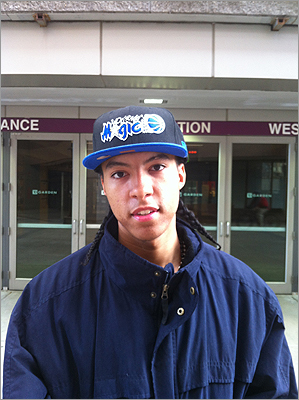 Kim Lyons, Boston.com staff
Jaren Smith, 20, of Dorchester, said he was mad that it looked like there wasn't going to be an NBA season this year, but isn't sure how big a deal the abbreviated season will be.

"It's still all about the playoffs," Smith said. "That's when you get down to serious basketball."

Smith sported an Orlando Magic hat, but said he was a fan of basketball in general. He wasn't ready to make any predictions about who might win the championship trophy yet, though.

"We need a chance to see the players first, to see what they've been doing with their time off."