Who's your favorite second baseman? 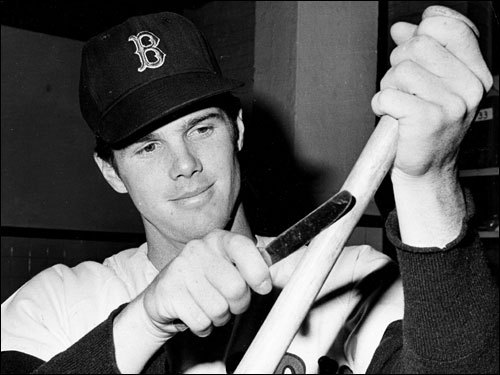 In the days leading up to Opening Day, Boston Dirt Dogs takes a look back the most beloved Red Sox players at each position (1967-2010), and we ask you to pick your favorite.

Andrews was the team's steady second baseman for four seasons, including the unforgettable '67 season, when he batted .308 against St. Louis in the World Series as a rookie. He went on to even greater things after baseball, serving as the chairman of the Jimmy Fund for more than 25 years before stepping down in 2009. In this June 1968 photo, Andrews shaved his bat handle for better grip. (Andrews' stats and facts)