Which Red Sox left fielder is your favorite? 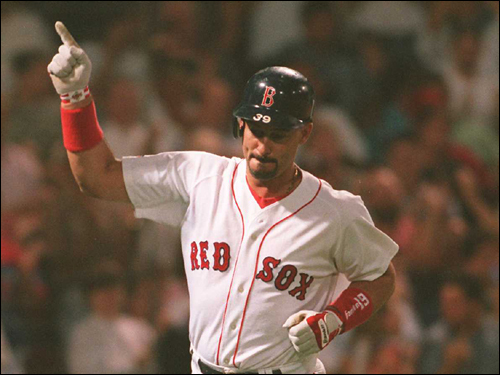 In the days leading up to Opening Day, Boston Dirt Dogs takes a look back the most beloved Red Sox players at each position (1967-2010), and we ask you to pick your favorites.

The Gator, who followed in the big footsteps of Hall of Famer Jim Rice, became a solid bat and outfielder at Fenway. The two-time All-Star (1988-89) finished second in the AL MVP voting (to Jose Canseco) in 1988 when he batted .325 with 22 homers and 119 RBIs. The outspoken Greenwell batted .303 over his 12-year career and left Boston after butting heads with Sox GM Dan Duquette in 1996. Greenwell retired at the age of 33 when he was still a productive hitter. He runs "Mike Greenwell's Family Fun Park" in Cape Coral, Fla. (Greenwell's stats and facts)