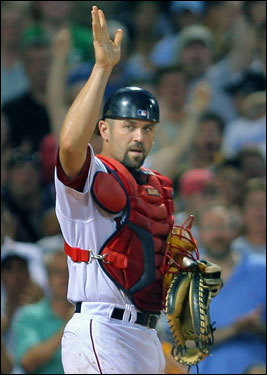 Boston’s most beloved catcher since 1967 is, by the slimmestofmargins, Jason Varitek. The Captain took home more 48.24 percent of the votes, which was just 0.10 percent more than runner-up and '75 World Series hero Carlton Fisk, who finished with 48.14 percent with 16,524 votes in. Varitek’s leadership and no-nonsense attitude won the hearts of Red Sox fans. Favorites left off our short list altogether? Bob Montgomery, Gary Allenson, and Doug Mirabelli.