The Yankees' Robinson Cano has a sweet lefthanded swing and the results to match: Last season, he batted .320 with 25 homers and 85 RBIs.

While occasionally spectacular on defense, the 27-year-old is too often careless, and he can be a source of frustration to Yankees fans.

Dustin Pedroia rarely frustrates Red Sox fans -- he's probably as universally popular as any player of recent vintage, and it's easy to understand why. Despite being listed -- some might say generously -- at 5-feet-9-inches, he takes a huge hack at the plate, with a remarkable rate of success. The 2008 AL MVP, he had another outstanding season last year at 25, with an .819 OPS and 64 extra-base hits.

And unlike his New York counterpart, hustle and defensive dedication are never an issue. 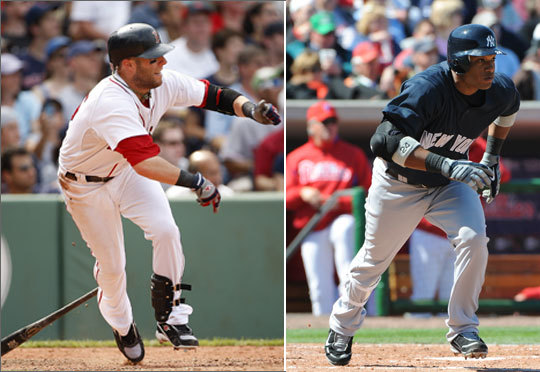