The Red Sox, as you might remember, coveted Teixeira, pursuing him as a free agent before he chose the Yankees in December 2008. It's fair to assume he has no regrets: He led the AL in RBIs (122), total bases (344), and tied for the lead in homers (39) as the Yankees won their 27th title.

But Youkilis holds his own in a statistical matchup with any of his peers. Last season he had a .961 OPS compared to Teixeira's 948, and he's hit 56 homers and driven in 209 runs over the past two seasons. Plus, he's more versatile -- he'd have moved back to third had Teixeira joined the Sox.

Both players will rarely miss a day, but if they do, Nick Johnson and Mike Lowell would likely see time at first for their respective teams. 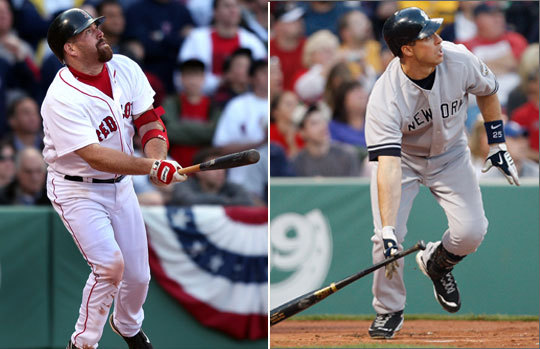